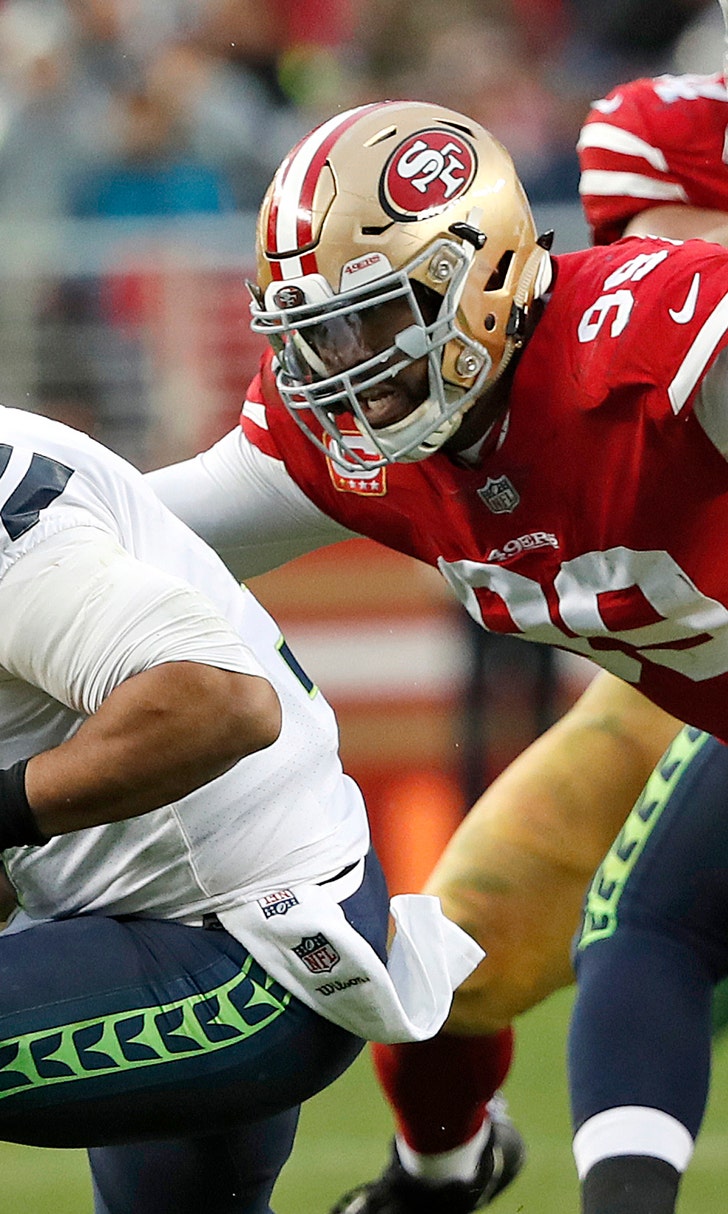 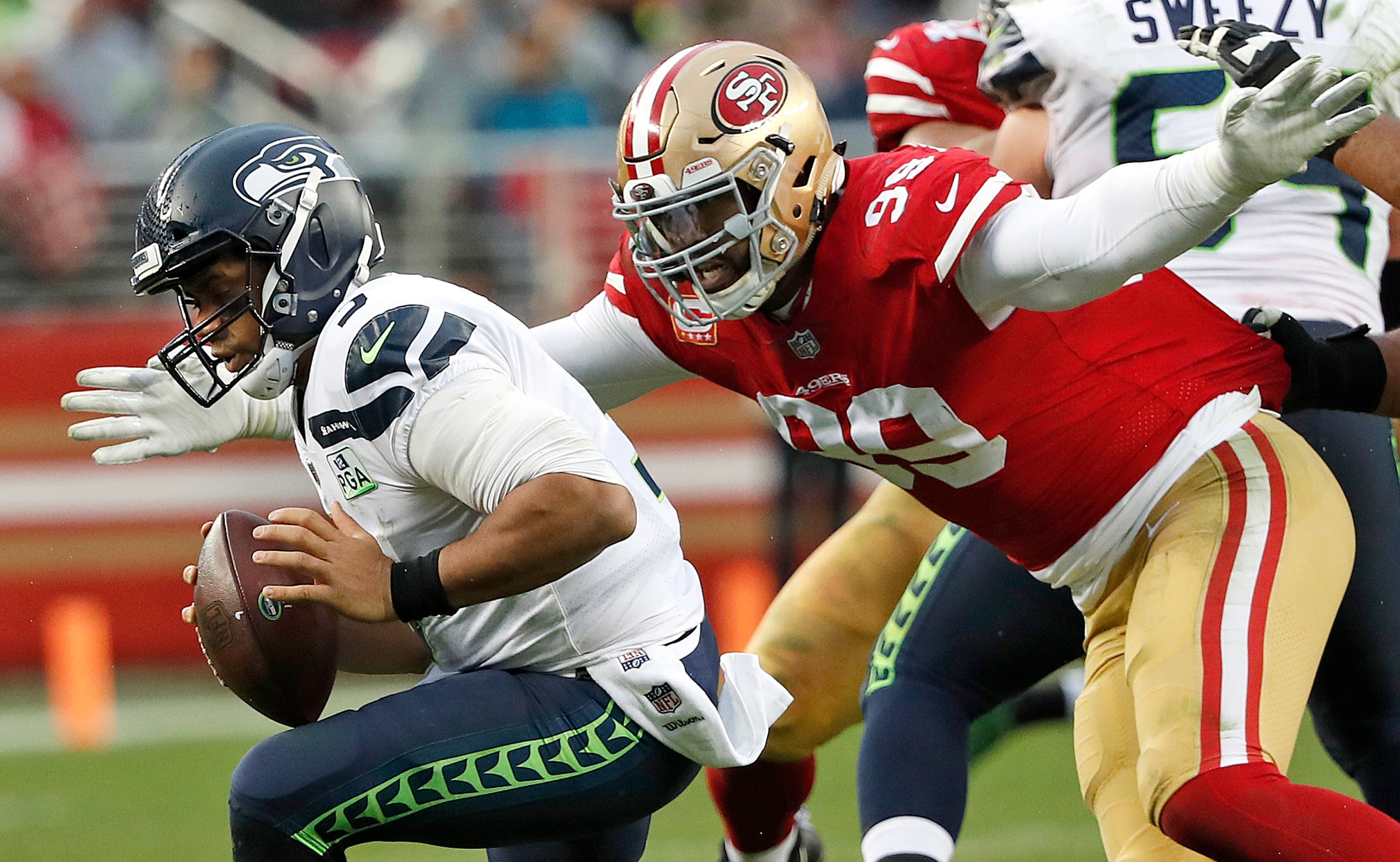 SANTA CLARA, Calif. (AP) — Generating pressure on the quarterback has never been a major problem for DeForest Buckner since entering the NFL in 2016. Turning that pressure into sacks, however, was missing his first two seasons with the San Francisco 49ers.

Buckner has finally started to put the whole package together this season, becoming one of the league's top inside rushers and justifying the 49ers' first-round investment made a few years ago.

Buckner recorded two more sacks last week against Seattle's Russell Wilson, giving him 11 on the season to join Aldon Smith as the only 49ers players to reach double-digits in sacks in the past 16 seasons.

After recording just nine sacks total in his first two seasons, Buckner set a goal of reaching double-digits this year. He's done that with two games to spare and earned Pro Bowl alternate honors for his work.

"I knew I could do it and I worked my tail off in the offseason to get there," he said. "I'd like to thank most of my teammates. It's not one guy, it's the whole unit up front rushing as a team. Eventually if you rush as a team, someone will get rewarded."

That player has been Buckner so often this year after his work as a rusher often went overlooked his first two seasons when he didn't pile up the sacks.

Buckner had 76 quarterback pressures his first two seasons, according to SportRadar, a number that put him near the top among players who primarily rush the passer from the inside instead of the edge.

But of the 60 players in the league who had at least 50 pressures during 2015-16, only six had fewer sacks than the nine Buckner recorded, a cause of much frustration.

This year, the sacks have started to come, with Buckner recording 6 1/2 sacks the past six games, including four in two meetings against the elusive Wilson.

This production is coming at just the right time for Buckner, who will go into the final year of his rookie contract in 2019. If San Francisco can't reach a long-term deal with Buckner this offseason, the organization will undoubtedly exercise the fifth-year option to keep Buckner in place through 2020, but reaching a deal for longer will assuredly be a priority once the season is over.

Coach Kyle Shanahan said having a player like Buckner who can provide that inside push only makes the entire defense better.

"You can have guys get up the field all day and if there's nothing in the middle, all the quarterback has to do is step up and just let those guys run around them and have a true pocket," he said. "Even if the tackles aren't truly blocking the guys one-on-one, just stay inside out, run them up the field and tell the quarterback not to get deep. That's extremely hard when you have guys on the inside. You tell them not to get deep, but guys are in his face so you either run into them or get balls tipped or you back up and that's when the edge guys get sack fumbles."