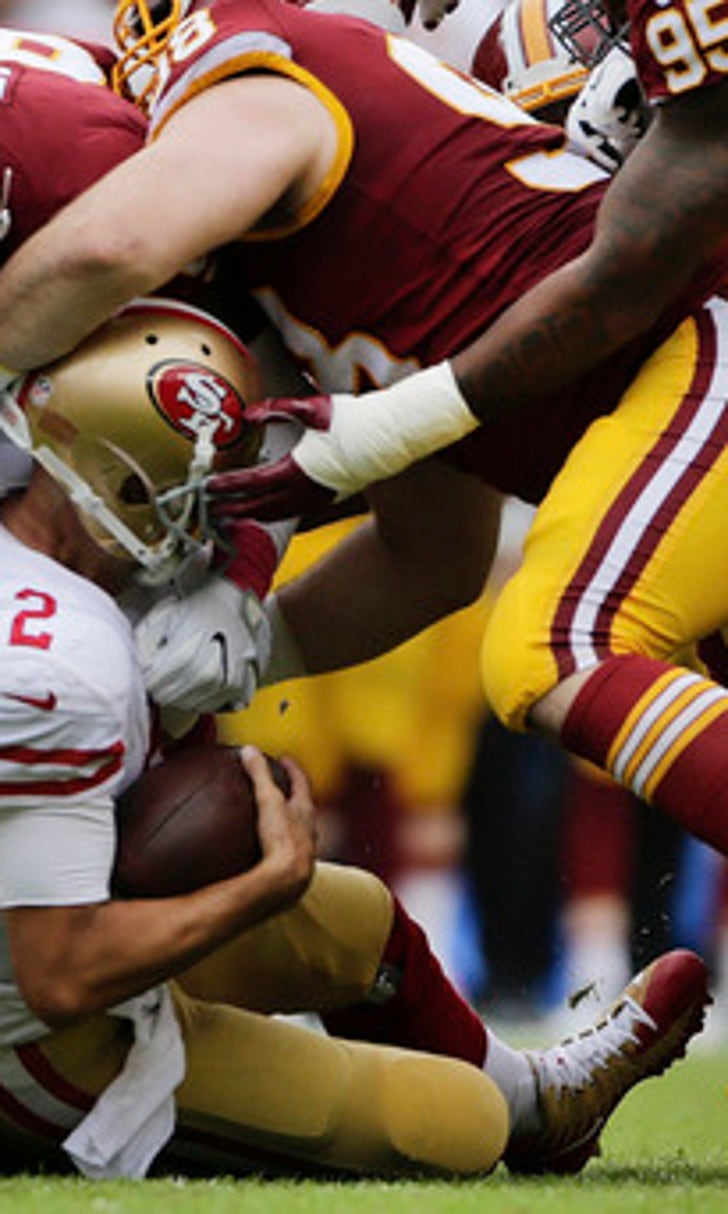 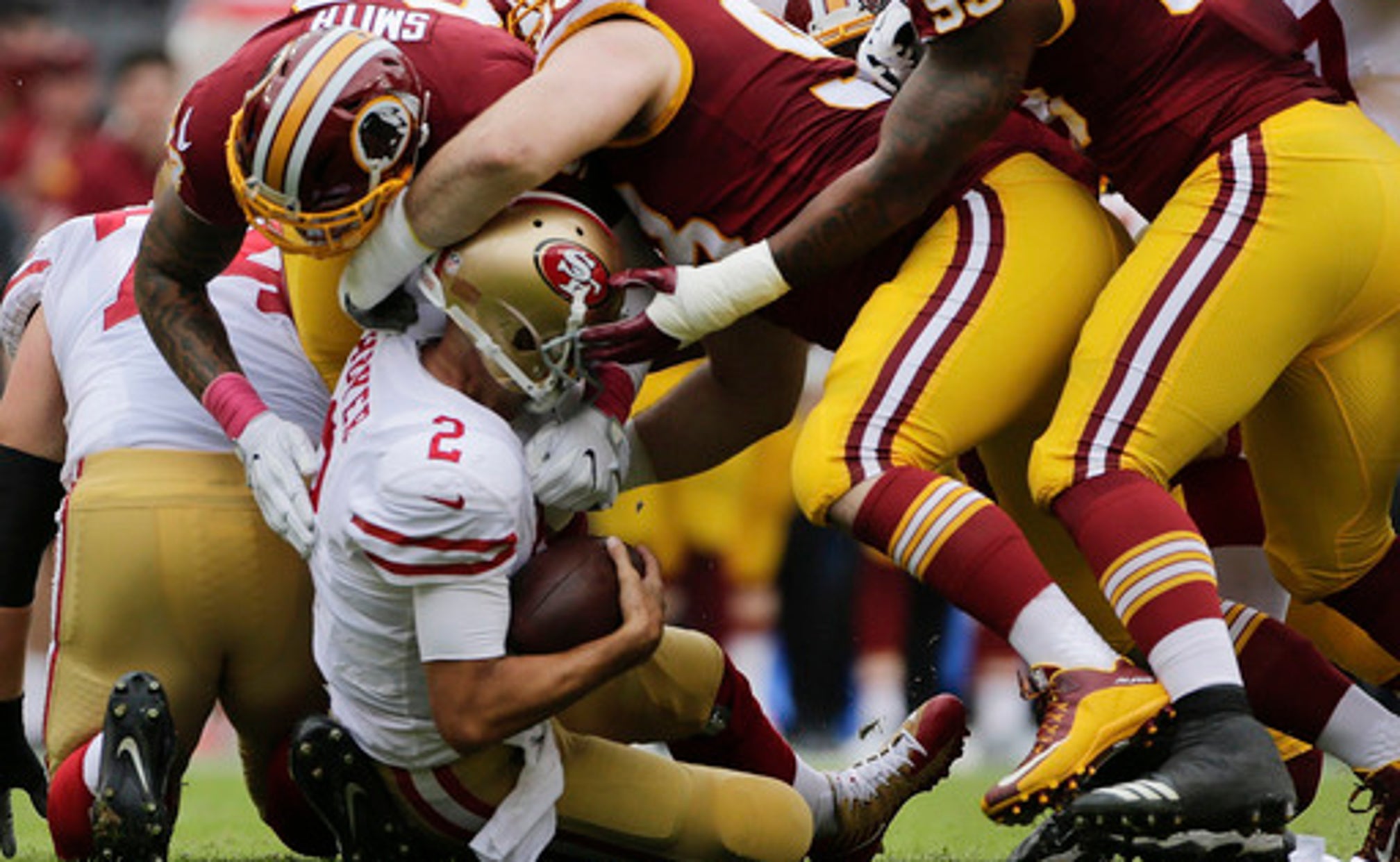 With third-round pick Beathard throwing his first pass as a pro against the club for which his grandfather was a Super Bowl-winning general manager decades ago, the 49ers made things interesting Sunday before losing 26-24 against the Washington Redskins. San Francisco is now 0-6 under rookie head coach Kyle Shanahan.

The 49ers have lost their past five games by a total of 13 points, another unprecedented mark. Now Beathard gets a chance to see what he can do as the starter.

''Close losses don't make us feel no better,'' said wide receiver Pierre Garcon, who went from Washington to San Francisco as a free agent this offseason.

Then he added with a smirk: ''Moving in the right direction, I guess. Instead of three points, it was two points.''

It was Garcon who was whistled for an offensive pass interference penalty in the last half-minute as Beathard tried to direct the visitors to the go-ahead points. Two plays after making a terrific sideline catch to get the ball to Washington's 40, Garcon drew that key flag, one he argued about animatedly on the field.

That made it second-and-20 at midfield, and the Niners wouldn't gain another yard.

''I thought 100 percent it was defensive pass interference,'' said Beathard, who was 19 of 36 for 245 yards, one touchdown and a final-throw interception. ''From my point of view, it looked like it wasn't even a question.''

Garcon's body language indicated he felt the same way, but in the locker room, all he would say was: ''I cannot talk about the referees.''

Shanahan is another member of the 49ers with a Washington connection: He used to be the offensive coordinator for the Redskins, when his father Mike was the head coach.

Because of their work together in the past, the younger Shanahan has been linked with the possibility of trying to sign Kirk Cousins after this season if Washington's starting quarterback becomes a free agent.

''I didn't really watch much of Kirk,'' Shanahan said after Cousins threw for a pair of TDs, ran for another and was picked off once while completing 25 of 37 passes for 330 yards Sunday.

Shanahan had enough to worry about when it came to his own current quarterbacks.

With Hoyer under center, things did not go well at all for the 49ers.

They gained a total of 11 yards on their first 11 plays.

They accumulated a total of two first downs - and one came via a penalty on Washington's defense - across their first four drives, along with zero points.

Hoyer was 4 for 11 for 34 yards before getting the hook midway through the second quarter.

''I understand what Kyle did - tried to change some things up,'' Hoyer said. ''C.J. came in and kind of gave those guys some life, a little bit.''

Beathard's poise in the huddle was praised by teammates and, most importantly, he put points on the board.

He completed his first passing attempt for 13 yards to Garrett Celek. After four incompletions in a row, the QB got going again, with consecutive passes of 20, 30 and 12 yards.

A game that the Niners trailed 17-0 was suddenly 17-all with 3 minutes remaining in the third quarter.

And then, after Washington pulled ahead 26-17, Beathard - grandson of Bobby - tossed a 45-yard touchdown pass to Aldrick Robinson, yet another former member of the Redskins.

''He came in and competed. By no means were things perfect, but the game's not too big for the guy,'' Shanahan said. ''He comes in, doesn't hesitate.''