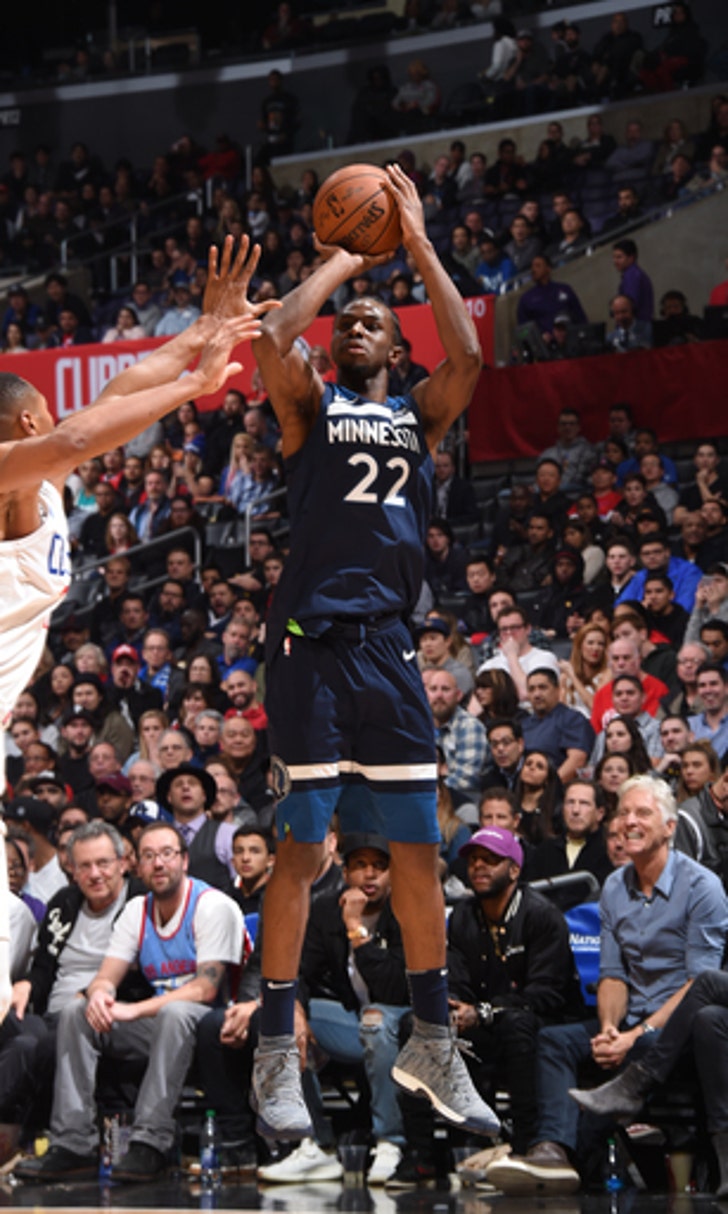 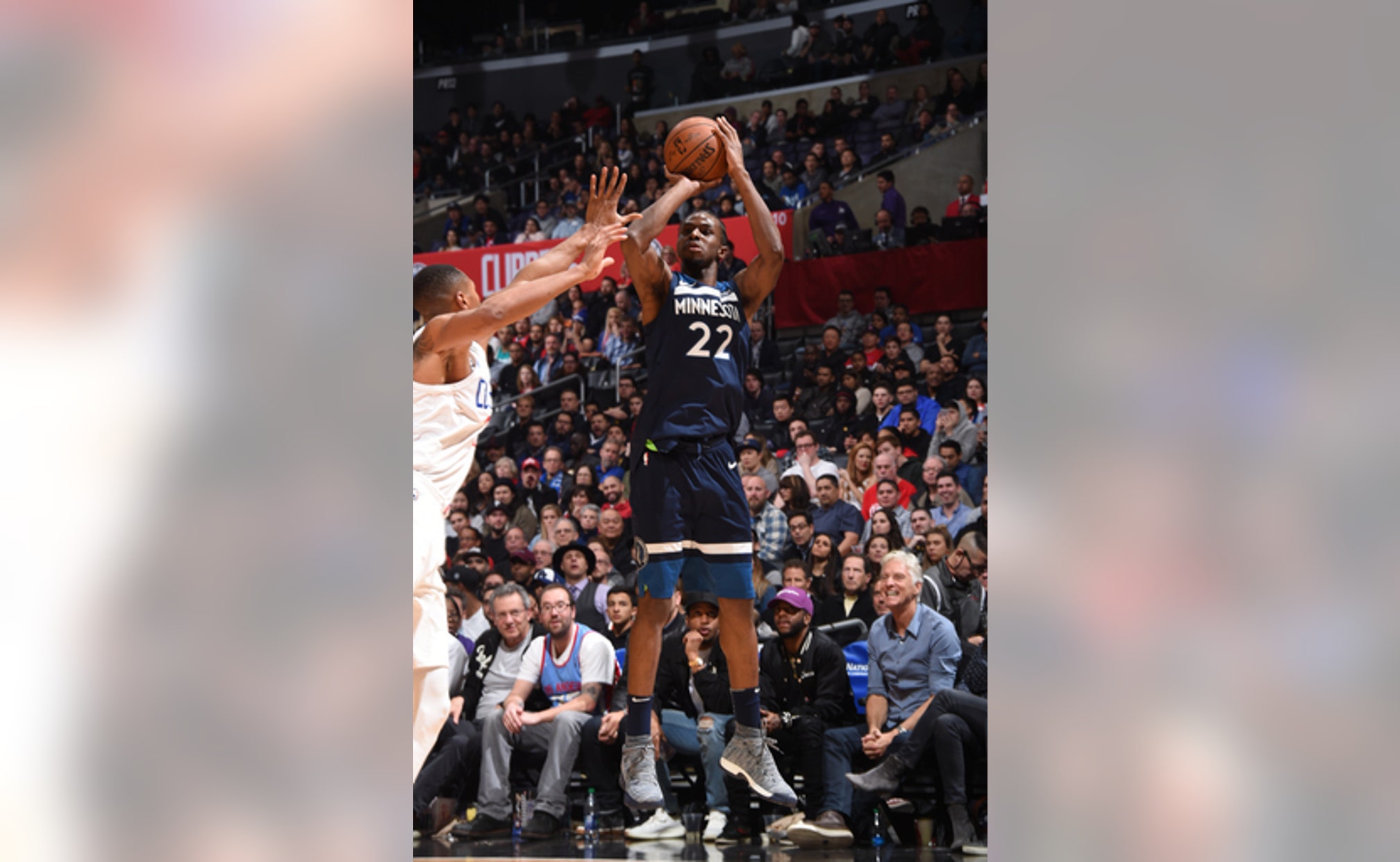 Andrew Wiggins scored a season-high 40 points and Jeff Teague added 30 to help them hang on for a 126-118 victory over the Los Angeles Clippers on Monday night that snapped the Wolves' four-game road skid.

Without injured Jimmy Butler and Jamal Crawford, the Timberwolves overcame 56 percent shooting by the Clippers and made 33 of 39 free throws - led by Teague's 16 of 17 - to win for the seventh time in nine games.

''They are playing as well as anybody in the league, so to come in here and get a win, we did do a lot of good things,'' Minnesota coach Tom Thibodeau said. ''We got great contributions from everybody.''

Clippers coach Doc Rivers and assistant Mike Woodson were ejected with seven seconds left, two of four technicals the team received in the final 4:50. Their second straight loss dropped the Clippers into ninth place in the Western Conference, a half-game behind Denver for the final playoff spot.

The Wolves led by five early in the fourth quarter only to have the game devolve into a back-and-forth affair in which neither team led by more than three until the final 2:44.

That's when the Wolves pulled away to a 121-114 lead on a 3-pointer by Namanja Bjelica and five straight points by Teague.

Blake Griffin had a triple-double with 32 points, 12 rebounds and a career-high 12 assists for the Clippers. But he had a technical and committed two big turnovers in the closing seconds.

''I can't be the one to get a tech in the fourth quarter. I put us in a hole and sort of started the onslaught of techs in the last four minutes,'' Griffin said. ''We got good looks, a couple calls didn't go our way. At the end of the day, it wasn't the calls.''

One of those calls was a 3-pointer by Lou Williams in the left corner that got waved off when Montrezl Harrell was whistled for an offensive foul with the game tied 106-all.

With Minnesota leading 121-118, Karl-Anthony Towns' bad pass out of bounds gave the Clippers the ball. But they lost it in a wild scramble on the floor before Griffin regained it only to get called for a double dribble.

Griffin turned it over again on an out-of-bounds pass before Rivers was tossed out after assistant Sam Cassell drew a technical on the Clippers' bench. Woodson got a technical and then was booted.

Rivers added: ''One ref told me I couldn't talk. I thought I was the head coach. As long as I'm respectful, I can say whatever I want. ... I guess you can give a guy a tech for anything.''

Los Angeles was limited to one field goal over the final 2:44, when the Clippers made all four free throws.

Harrell and Williams led another strong performance by the Clippers' bench, chipping in with 23 and 20 points, respectively.

''Not a great officiated game, but it happens in the NBA once in a while,'' Williams said. ''They got some calls that went their way that kind of shifted the momentum.''

Griffin notched his seventh career regular-season triple-double, and second this season. It was his third 30-point game of the season, and he just missed equaling his season high of 33 points.

Williams has scored 20 or more points off the bench in nine straight games, the longest streak among active players and tied for the third-longest streak since 1983-84. His 473 points since Dec. 22 are the most in the NBA.

Timberwolves: Improved to 3-0 against the Clippers this season. ... Crawford sat out with a sprained left big toe in his second game at Staples Center since leaving the Clippers as a free agent last summer. He played all 82 games last season. ''It's still sore, but it's improving,'' he said. ''I'm hopeful every day.''

Clippers: C DeAndre Jordan missed his fifth straight game with a sprained left ankle, but could return soon. His next game will tie Randy Smith (715) for the most in franchise history. ... G Austin Rivers (right ankle) sat out his 10th straight game and could be two weeks from returning. ... F Danilo Gallinari (left glute) is close to coming back. ... G Jawun Evans missed the game with a sore abdominal muscle.

Timberwolves: Visit the Portland Trail Blazers on Wednesday in the middle of their three-game western swing.

Clippers: Host Boston on Wednesday, reuniting Doc Rivers with the team he guided to the 2008 NBA title.