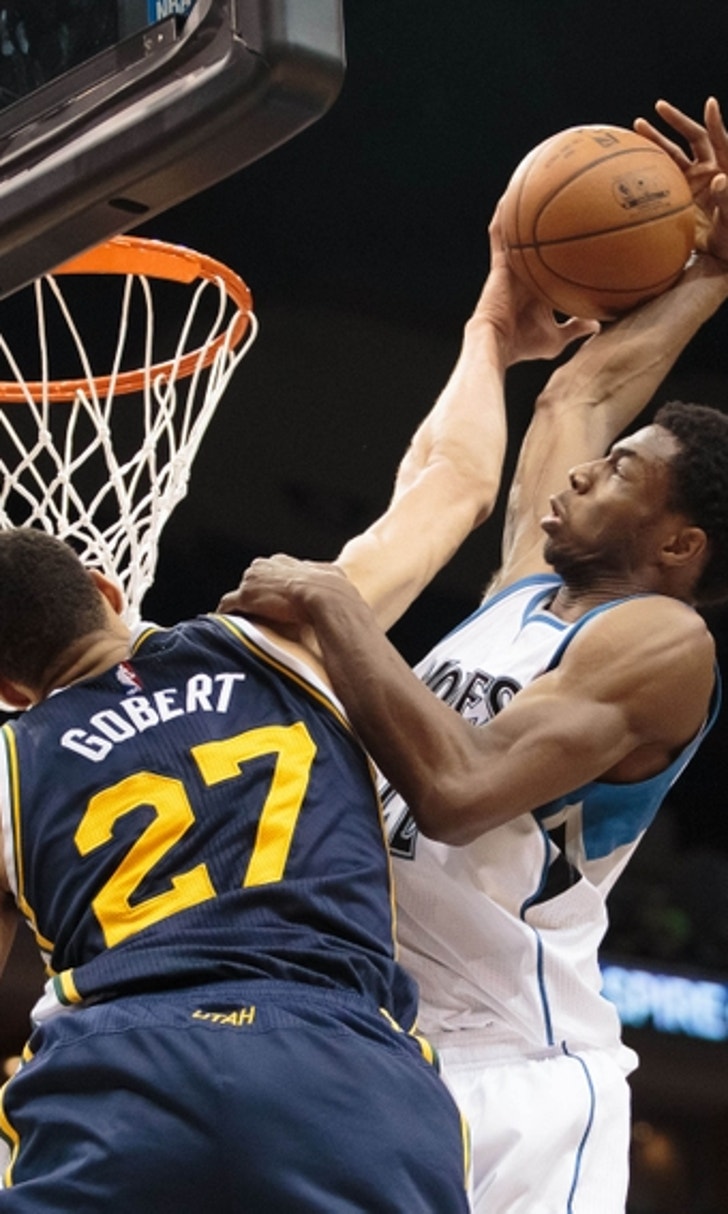 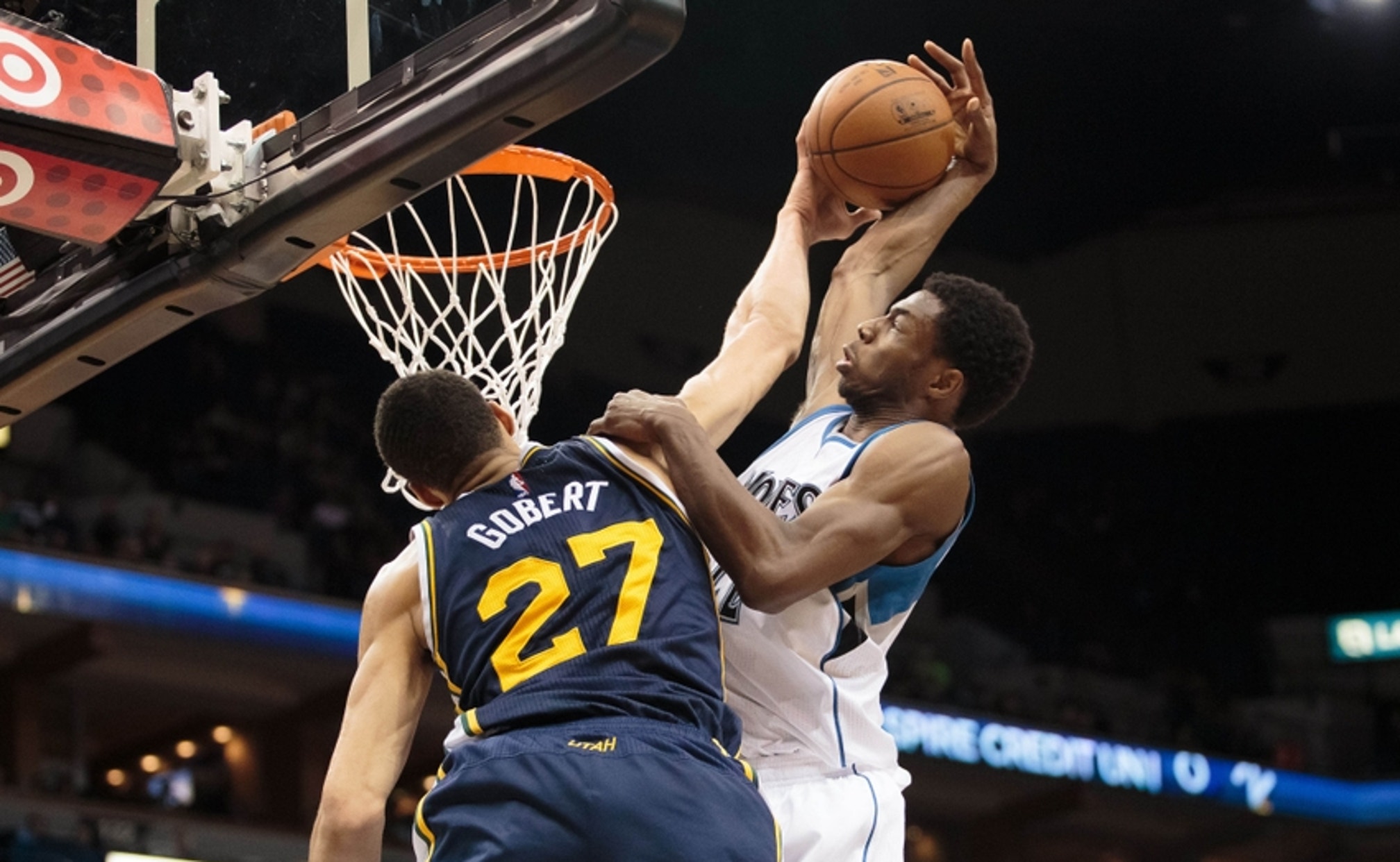 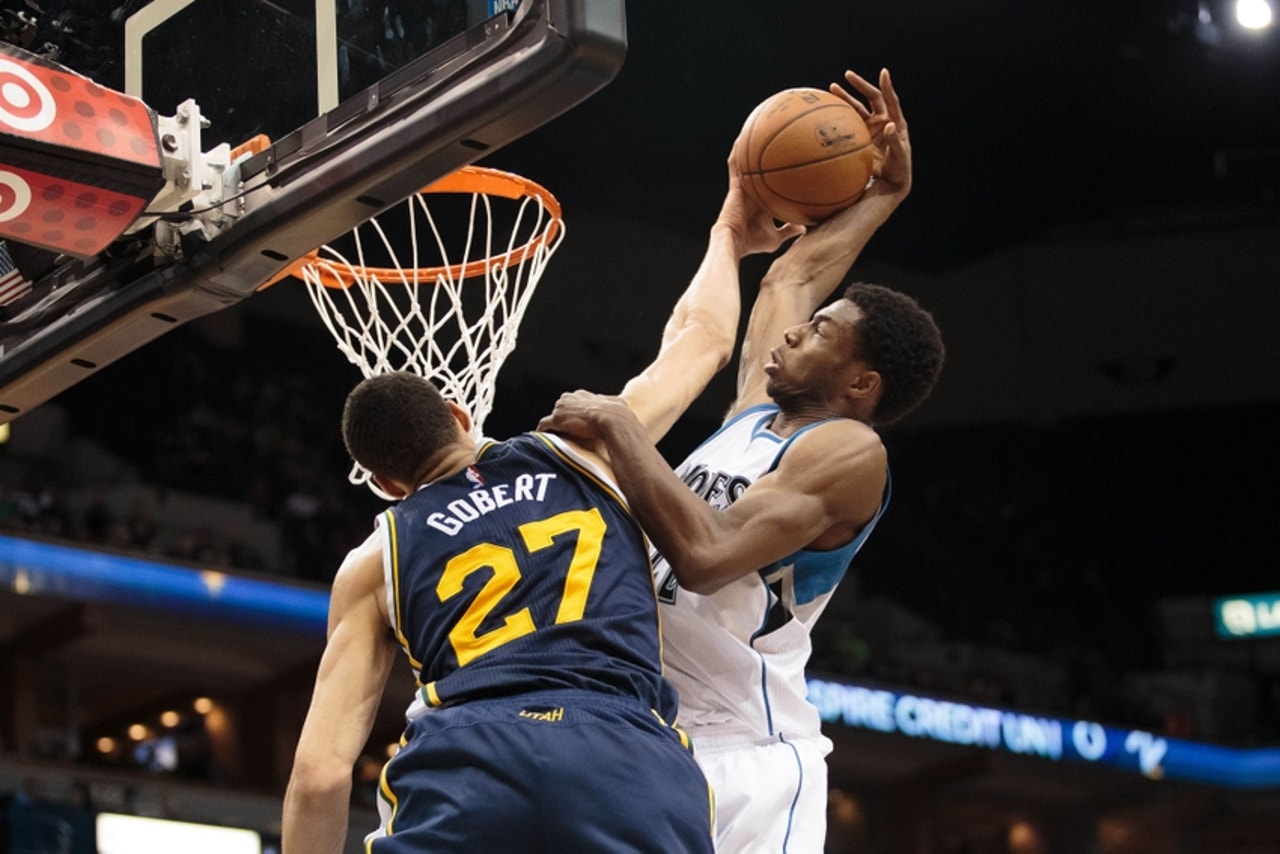 The Utah Jazz are set to tip-off their week at the Target Center in Minneapolis in a road bout with the Minnesota Timberwolves. Andrew Wiggins is averaging a team-high 23.5 points per contest for the Wolves, but his goals in this game go beyond burning up the nets and getting the win.

He wants to take on Jazz rim protector extraordinaire Rudy Gobert in the worst way.

When asked about challenging the Stifle Tower at the rim, Wiggins admitted it would be a motivating factor in the game. “It’s definitely motivation,” said Wiggins. “Everyone wants to try the tallest person on the court.”

At 7-foot-2, with the league’s third-best block rate at 2.5 swats per game, it’s no wonder the former No. 1 overall pick feels that way. Of course, the two already have something of a history. The game that most people will call back to came on March 30, 2015 when both guys got their licks in.

For Gobert and Jazz fans, the highlight of the night was this reject-and-flex combo in the second quarter —

Of course, Wiggins had his moments. He posterized the Stifle Tower not once, but twice in the game. The first one was more due to a whistle halting the action and Wiggins getting continuation, but the second throwdown was undeniably great.

While Wiggins is admittedly motivated to repeat those feats on Monday night, it’s probably safe to assume that Gobert is equally amped for the showdown.

The Jazz and T-Wolves tip-off at 6 PM MDT.

Utah Jazz star Gordon Hayward and back-up point guard Shelvin Mack both starred for the Butler Bulldogs as collegiates. As fate would have it, their alma mater is in Salt Lake City to take on former Jazzman Larry Krystkowiak’s Utah Runnin’ Utes team on Monday night.

As such, the Butler team held practice in the Jazz gym at the Zions Banks Basketball Center over the weekend and both Hayward and Mack visited with the team before the duo set off for Minnesota.

Appreciate the @utahjazz opening up their practice facility for us today. Great to get a few shots up in SLC. #GoDawgs pic.twitter.com/0CkWp0ABgD

Guys got to spend some time with two great Dawgs today in SLC. @ShelvinMack & @gordonhayward always represent us well. pic.twitter.com/xNJa46m3P8

When asked about how the Utah-Butler game would go down, Hayward gave a predictable answer —

The 18th-ranked, 6-0 Bulldogs take on the 4-0 Runnin’ Utes at the Jon M. Huntsman Center in Salt Lake City on Monday.

Tip-off is at 7 PM MDT, so after the Jazz have beaten the T-Wolves, flip the channel and you can watch the last few minutes of Hayward getting disappointed. 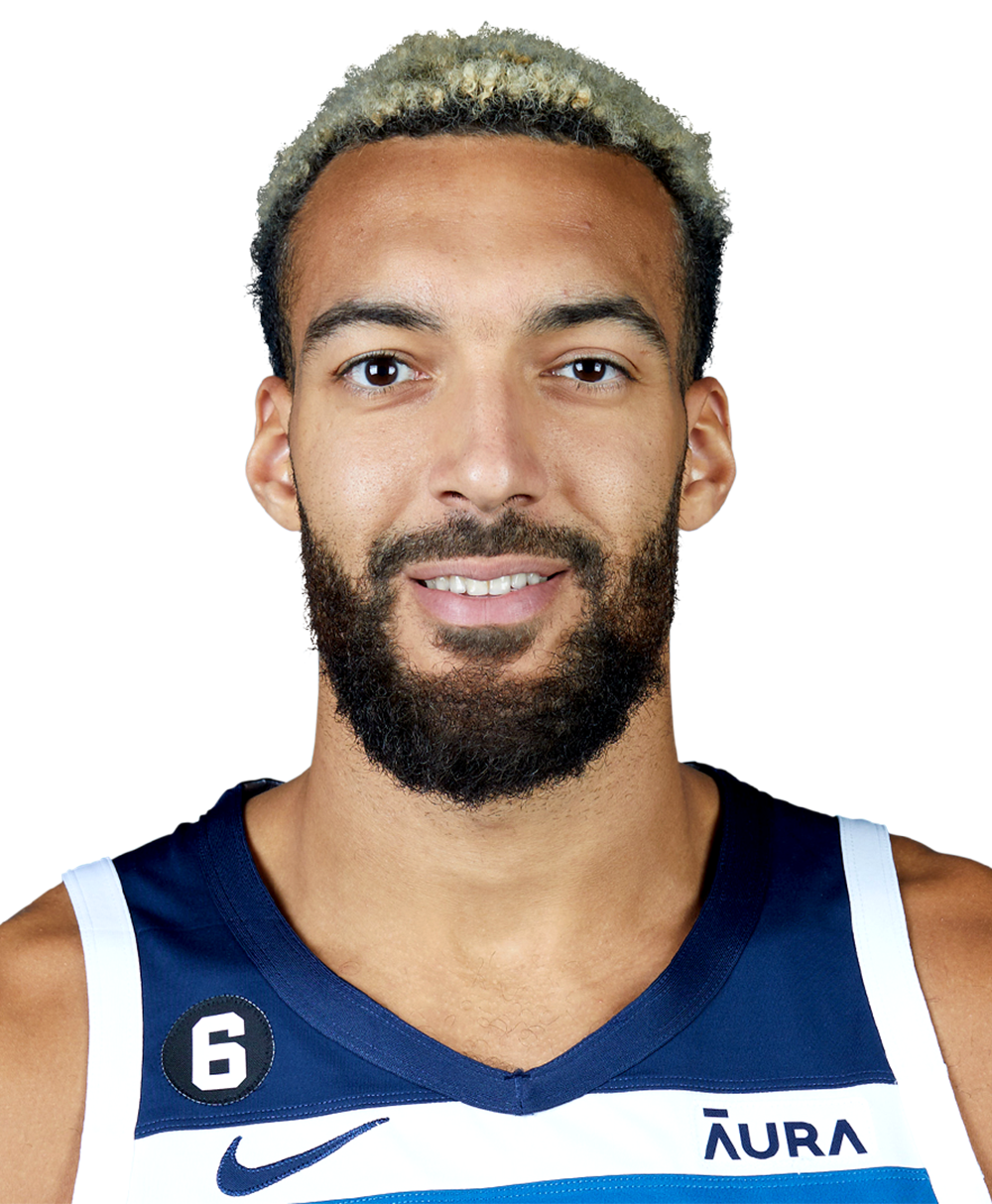