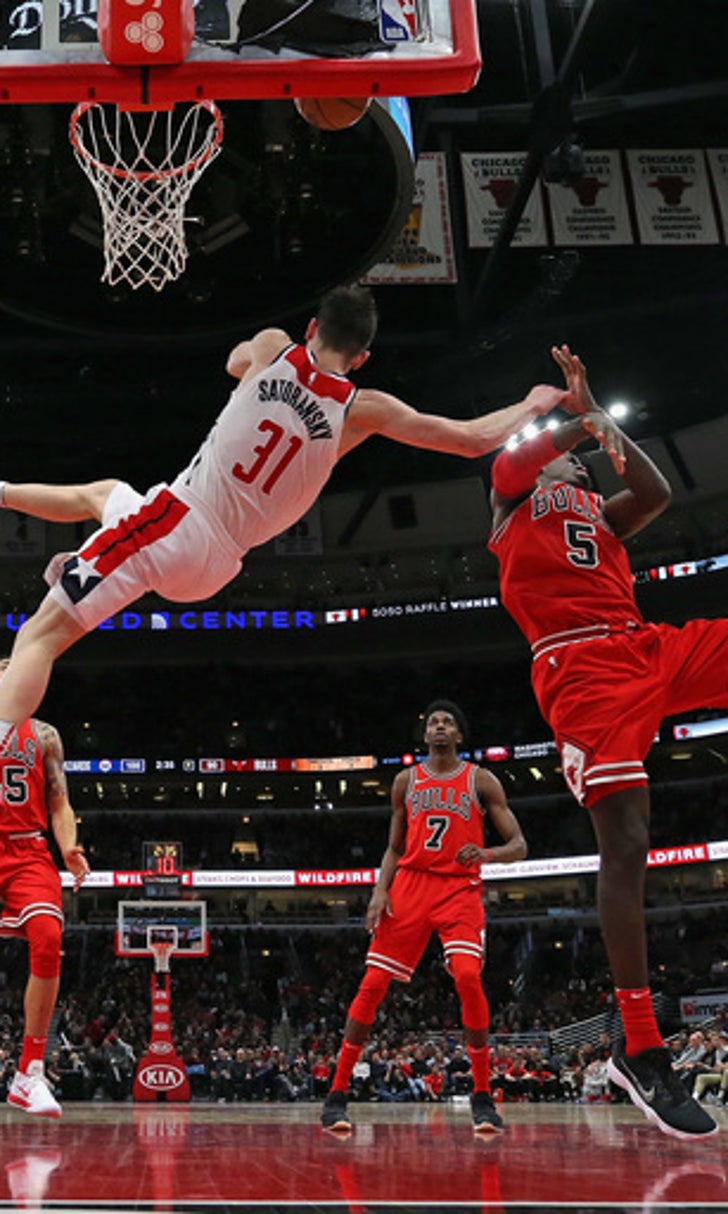 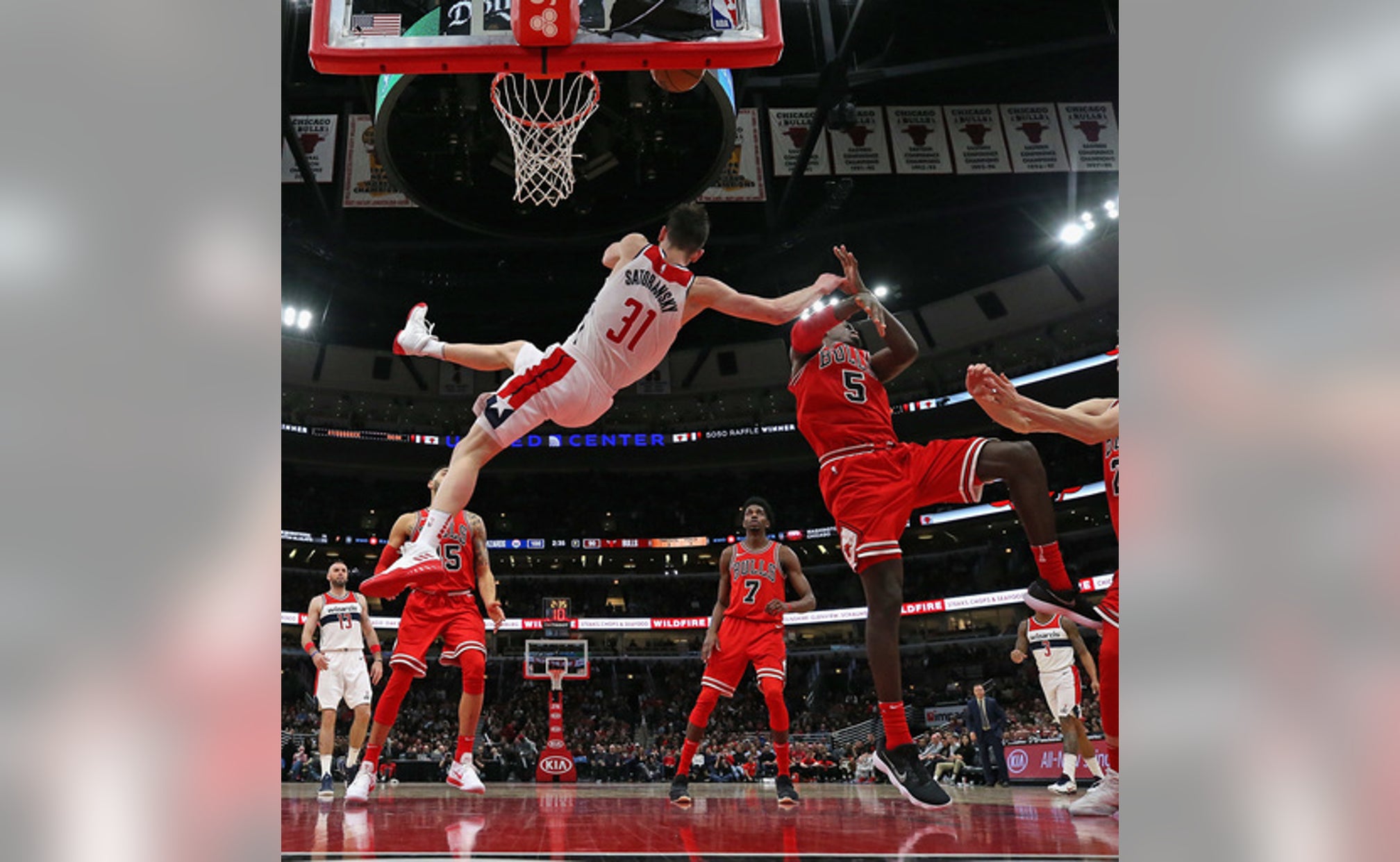 Satoransky scored a career-high 25 points on 10-of-12 shooting and the Washington Wizards beat the Chicago Bulls 101-90.

''It's not often that you can win a game on the road and our All-Star guard didn't have a good game - 0 for 7 from 3,'' Washington coach Scott Brooks said. ''Tomas was on fire, played a great game, made a lot of plays for us.

Satoransky's career night, though, was cut short. He fell hard to the court and hit his head after being fouled with 2 1/2 minutes left in the game. He was taken to the locker room bleeding from the right temple.

The 26-year-old from the Czech Republic didn't speak with reporters afterward, but was in the locker room - with a bandage over his right eyebrow - talking and joking with teammates. Brooks said Satoransky is ''going to be all right,'' but it's unclear whether he'll enter the NBA's concussion protocol.

Otto Porter Jr. and Mike Scott had 15 points apiece as the Wizards won for the sixth time in seven games. Beal had seven points on 3-for-13 shooting.

Justin Holiday had 15 points and Bobby Portis added 13 for Chicago, which has dropped eight of nine.

Satoransky had 15 in the first half to pace Washington to a 56-46 halftime edge. The lead was 82-70 entering the fourth quarter.

Jason Smith hit a jumper with just under 8 minutes to go to give the Wizards a 95-79 lead, their biggest of the game.

The Bulls rallied and pulled to 97-90 following back-to-back 3-pointers by Jerian Grant and Holiday with 4:14 left. They had a chance to move closer a short while later, but Lauri Markkanen missed an open 3.

Satoransky then stopped the Chicago run at the other end with a 3-pointer - his fifth on six attempts - to make it 100-90 with 3:24 remaining.

Satoransky looked to put the finishing touch on a career night on Washington's next possession. He drove to the basket for a layup attempt but was fouled hard by Portis. Satoransky landed on his right shoulder and then hit the right side of his head on the floor.

Portis was assessed a flagrant 2 foul and ejected.

''Everybody knows the rule,'' Brooks said. ''It's a dangerous play. If (Portis) had to do it all over again, he probably would have taken it back.''

Portis said he was surprised with the call.

''It was a basketball play to help my team try to stay in the game,'' he said. ''That's what that was. No injury was intended on Satoransky. Just competing hard like I always do.''

Wizards: G Tim Frazier suffered a nasal fracture in the first half and did not return . F Markieff Morris sat out with flu-like symptoms. Kelly Oubre started in his place. ... With Wall (knee surgery) likely out for another month, media reports have linked Washington to G Derrick Rose, who was waived by Utah. ''We made a trade to have that flexibility,'' Brooks said. ''If something presents itself that makes sense - for us and the player - we will obviously look into it.''

Bulls: G Denzel Valentine started in LaVine's spot and finished with 10 points (4 for 14 shooting) and 10 rebounds.

The Bulls were playing without guard Zach LaVine, who hasn't been cleared to play in back-to-back games following ACL surgery last February. LaVine scored 35 points - including his team's last 11 - in Chicago's 114-113 win over Minnesota on Friday.

LaVine played 33 minutes on Friday and could be cleared to play back-to-back games soon. ''We'll re-evaluate when we get through the All-Star break,'' coach Fred Hoiberg said.