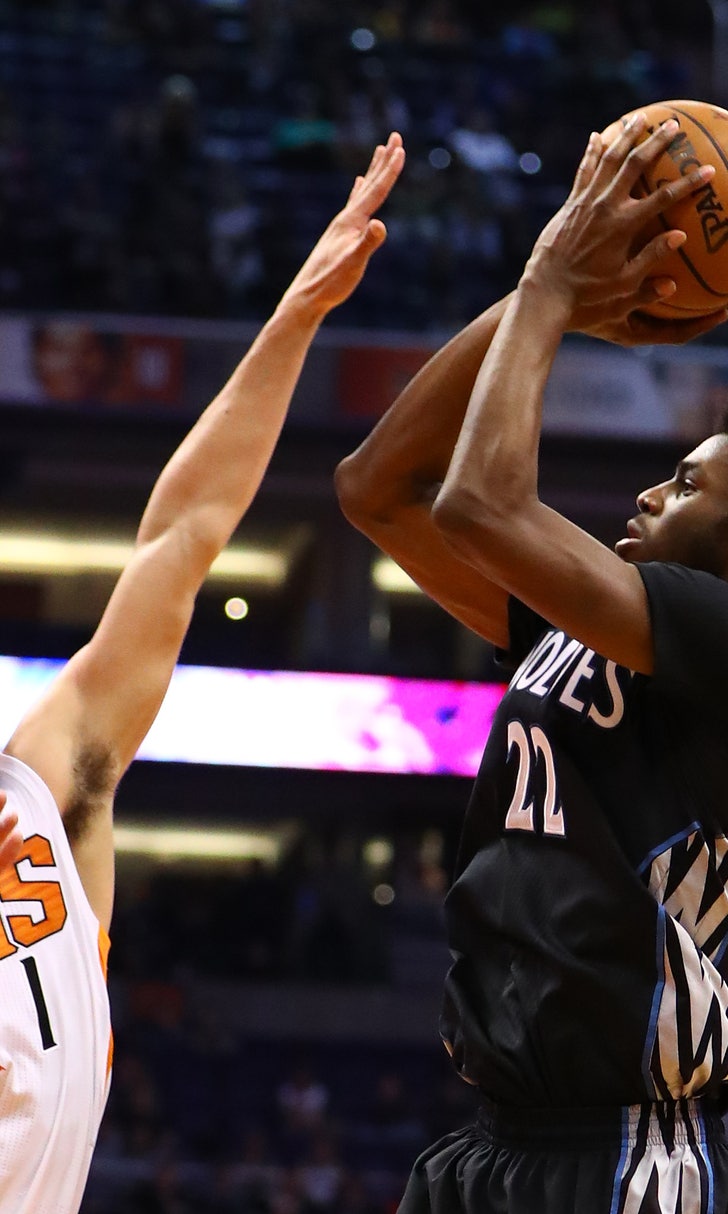 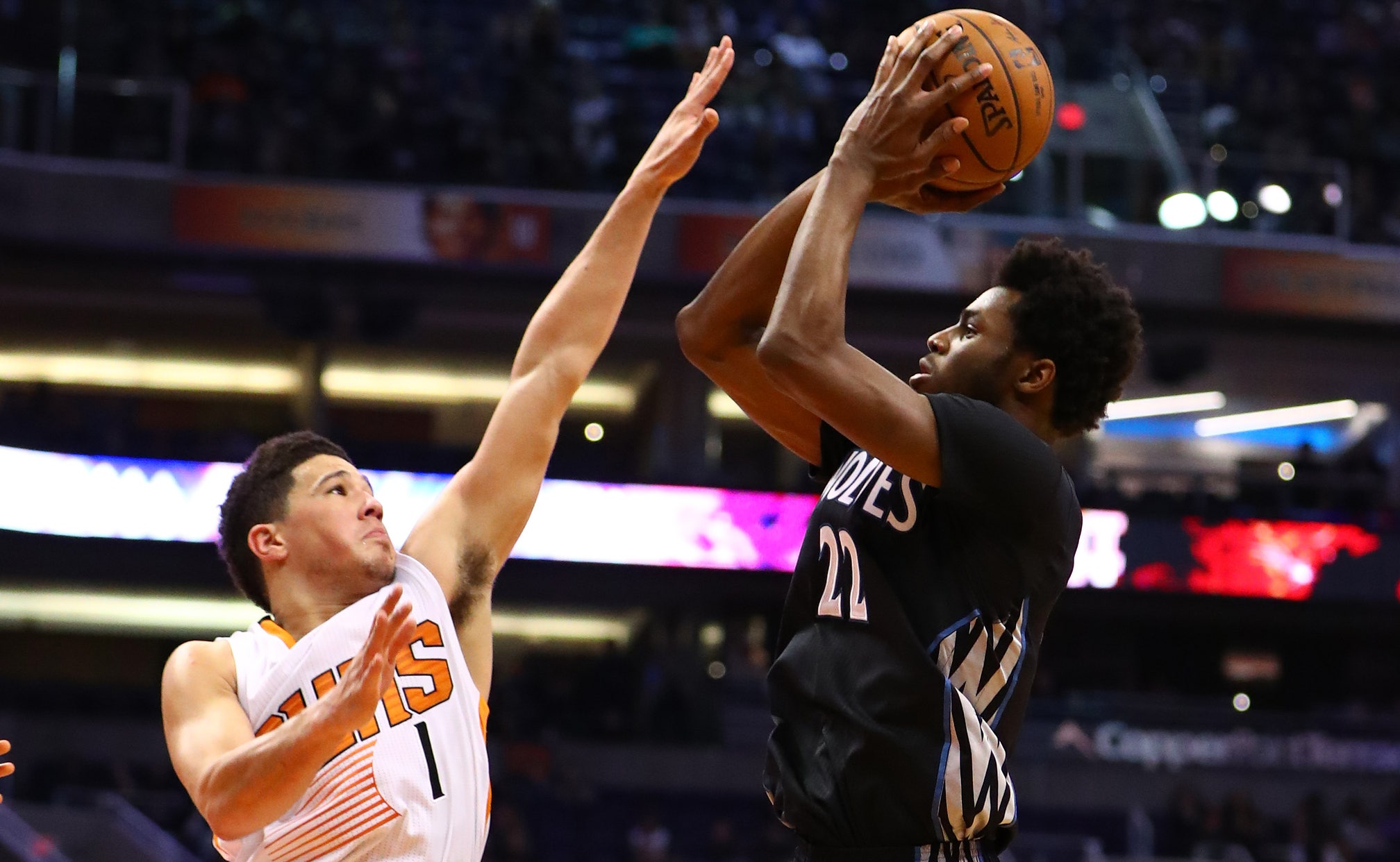 The Timberwolves escaped Phoenix with a victory on an Andrew Wiggins buzzer-beater after relinquishing a big second half lead and trailing by one in the closing seconds.

The Timberwolves and Suns played an exciting, up-and-down game on Tuesday night that ended in a fitting back-and-forth over the final minutes. Ultimately, an Andrew Wiggins buzzer-beater vaulted the Wolves from what would have been a one-point loss into a one-point victory against another team chasing the eighth and final playoff spot in the Western Conference.

Phoenix outplayed Minnesota in the opening frame and for much of the fourth quarter, but the Timberwolves dominated the middle stages and led by three points at halftime. At one point, the Wolves led by as many as 13 points in the the third quarter before a Suns surge gave the home team the lead down the stretch.

Karl-Anthony Towns started the game off hot but was cooled down by a combination of the Suns’ defense and the Wolves focus on getting the ball to Andrew Wiggins and Shabazz Muhammad at times in the second half. But the offense was humming, so it was hard to argue with the results.

The best play of the game was with a couple of minutes left on the clock with the game tied. Towns received the ball on the left block but kicked it to the opposite corner to Ricky Rubio as soon as the double-team arrived. Rubio passed to Lavine, who dribbled once and whipped a pass to a wide open Wiggins, who knocked down the wide open three-pointer.

With less than one minute remaining, Wiggins was fouled on a drive to the hoop but only made one of two free throw attempts. On the other end, P.J. Tucker reached the free throw line on a phantom foul call in which Towns barely brushed the Suns forward as he attempted a wild reverse layup. Tucker drained both free throws, giving Phoenix a one point lead with less than seven seconds remaining.

After a timeout, the Wolves inbounded the ball to Rubio at the top of the key. He immediately passed to Wiggins on the right wing. Tucker contacted Wiggins and could have easily been called for a hand-check, but the Wolves star took a couple of hard dribbles to his right and hit a tough fade-away jumper as the buzzer sounded.

Wiggins was great throughout, and other than the missed free throw that almost cost the Wolves the game, his performance was nearly spotless.

When the Suns had made their move and surged ahead late in the game, Wiggins knocked down jumpers and got to the rim with ease. Phoenix concentrated on stopping Towns in the post and Zach LaVine continued to struggle from the field, so Wiggins’ offense was sorely needed.

Towns was solid, and an 18-10 evening only pales in comparison to the ridiculous numbers he’s been putting up of late. Muhammad continued his hot play of late, doing damage in transition and the half court.

Dieng poured in buckets from the mid-range and was active enough on the glass, and Rubio was great, turning the ball over just once in 34 minutes as Kris Dunn struggled mightily with five turnovers to just two assists in 14 minutes of play.

The Timberwolves head back to Minneapolis after another random one-game road trip. They’ll host the Indiana Pacers at Target Center on Thursday night with tip-off coming at 7:00 Central Time.

Phoenix Suns
share story
those were the latest stories
Want to see more?
View All Stories
Fox Sports™ and © 2020 Fox Media LLC and Fox Sports Interactive Media, LLC. All rights reserved. Use of this website (including any and all parts and components) constitutes your acceptance of these Terms of Use and Updated Privacy Policy. Advertising Choices. Do Not Sell my Personal Info