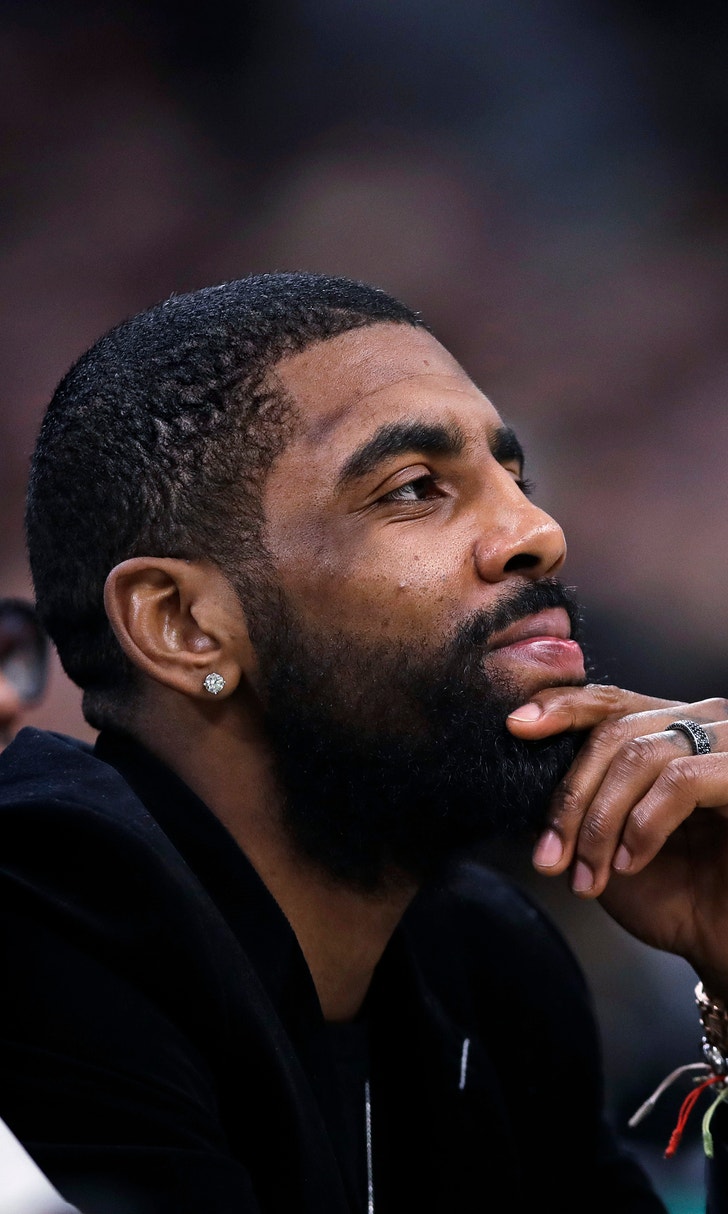 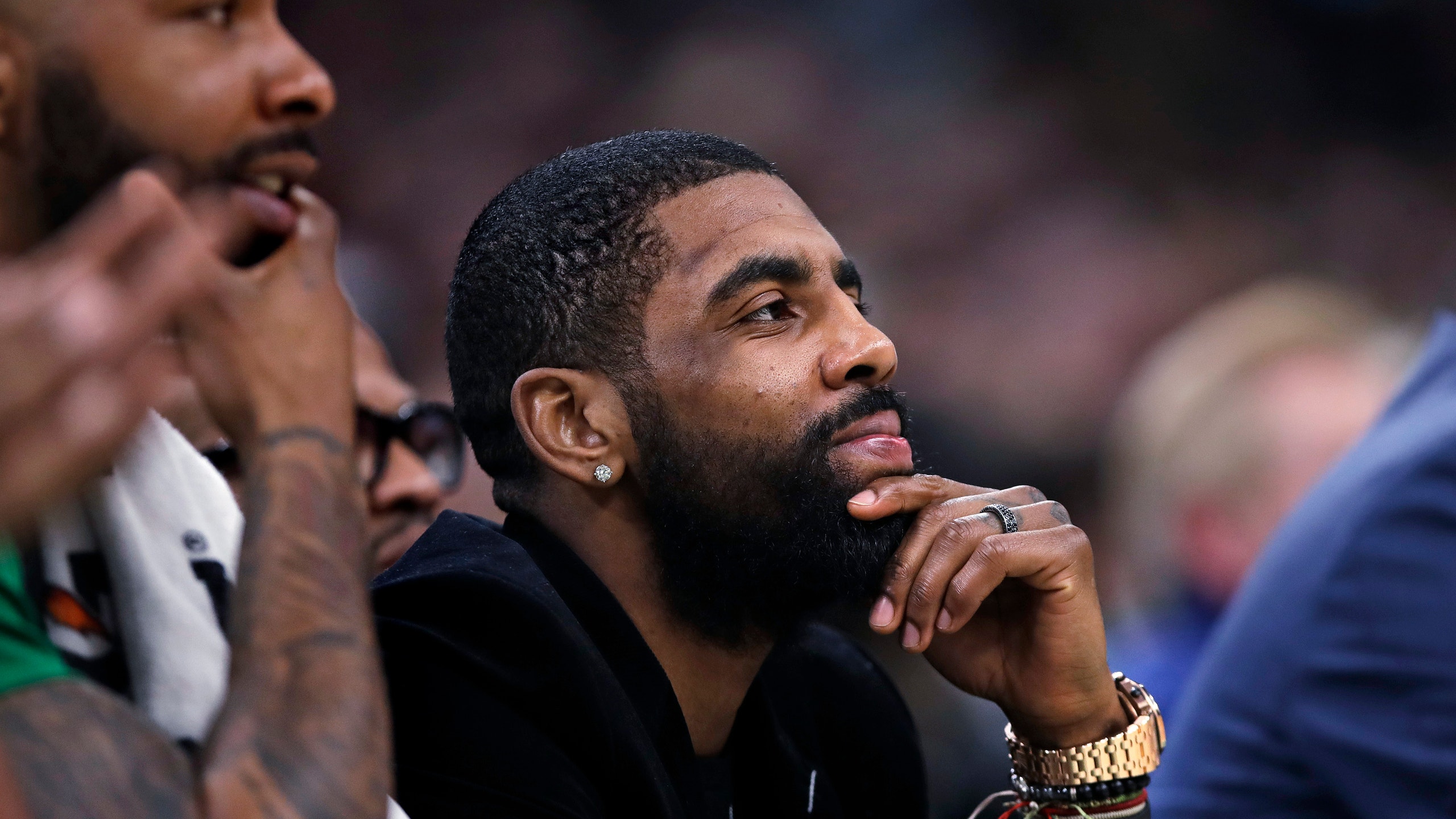 NEW YORK (AP) — The New York Knicks traded away one star for the chance to sign two.

If it works, and Kevin Durant and Kyrie Irving bring the playoffs back to New York, it will have been the deal that finally got the Knicks moving toward the top after years of running in place.

But if Kristaps Porzingis and Luka Doncic turn into the frontcourt of the future in Dallas and the Knicks can't get anyone to take their money, basketball purgatory in New York could last a while longer.

The Knicks entered themselves into the free agency game Thursday when they dealt Porzingis to the Mavericks in a move that helped open nearly $70 million more in salary cap space.

The payoff could be enormous.

Failure could take years to overcome, and the Knicks know that as well as anyone.

"That cap space don't mean nothing unless they get guys ... because you're going to have to sign somebody. And if you sign guys who aren't superstars, who are just good players, it's going to kill your franchise for the next 10-15 years," Charles Barkley said Thursday night on TNT.

Irving was at Madison Square Garden on Friday when the Boston Celtics visited, and got a delirious cheer from desperate Knicks fans when starting lineups were announced. He's one of the biggest prizes in the class of 2019, and after telling Celtics fans in the fall that he planned to re-sign there this summer, he may have left the door unlocked when he told reporters at shootaround to "Ask me July 1" if his plans had changed.

The scene was somewhat reminiscent of when Cleveland came to New York early in the 2008-09 season, shortly after the Knicks made a pair of trades that signaled they would be big spenders when LeBron James headlined the class in the summer of 2010. Knicks fans were so eager to begin wooing James that Spike Lee even wore a pair of James' sneakers that night.

The Knicks didn't get James, or Dwyane Wade or Chris Bosh, who all decided to team up in Miami. They ended up giving a max deal to Amare Stoudemire, who managed an All-Star first season before injuries piled up and limited his effectiveness for the rest of his contract that ate up future cap space and made further deals difficult.

Knicks executives say they won't feel pressured to throw their money at someone in July. If they can't get Durant or Irving, or Kawhi Leonard, Jimmy Butler or Kemba Walker, they can always save their space for 2020. Also, having cap room allows teams to more easily facilitate trades, which could enable the Knicks to get into the Anthony Davis sweepstakes while New Orleans searches for a deal for its All-Star forward who has asked for a trade.

Throw in the hopes of the No. 1 pick — they currently have the NBA's worst record at 10-40 — and two more first-rounders they acquired from the Mavericks, and the Knicks could be in their best shape in years to actually forge a real future.

But they have to overcome their past.

They have been bad on the court for most of the last two decades and sometimes even worse off it, creating far more controversies than victories throughout the failed tenures of Isiah Thomas and Phil Jackson.

Would Durant really leave the most money and an NBA championship team in Golden State for the headaches that helped keep James and others away?

"I know it's a big market and everybody likes New York, but the question is, with the stuff that's been going on with management, can they lure a Kevin Durant or a big-time player to come play?" Shaquille O'Neal said.

The Knicks believe that's less of a problem now under President Steve Mills and general manager Scott Perry, who have focused on cleaning up the culture that has been so toxic under Madison Square Garden chairman James Dolan.

"I think that if you talk within the basketball community, definitely the vibe is changing around here, the perception of what we're trying to do," Perry said.

Not enough for Porzingis, who the Knicks say wasn't on board with their plans and asked to be traded. The Knicks eagerly granted his request, even though he's a 7-foot-3 All-Star who could have been a centerpiece of their franchise for years to come.

It may go down as the worst move they could have made.

Or, it could turn out to be the wisest thing they've done in years.

Check back in July.