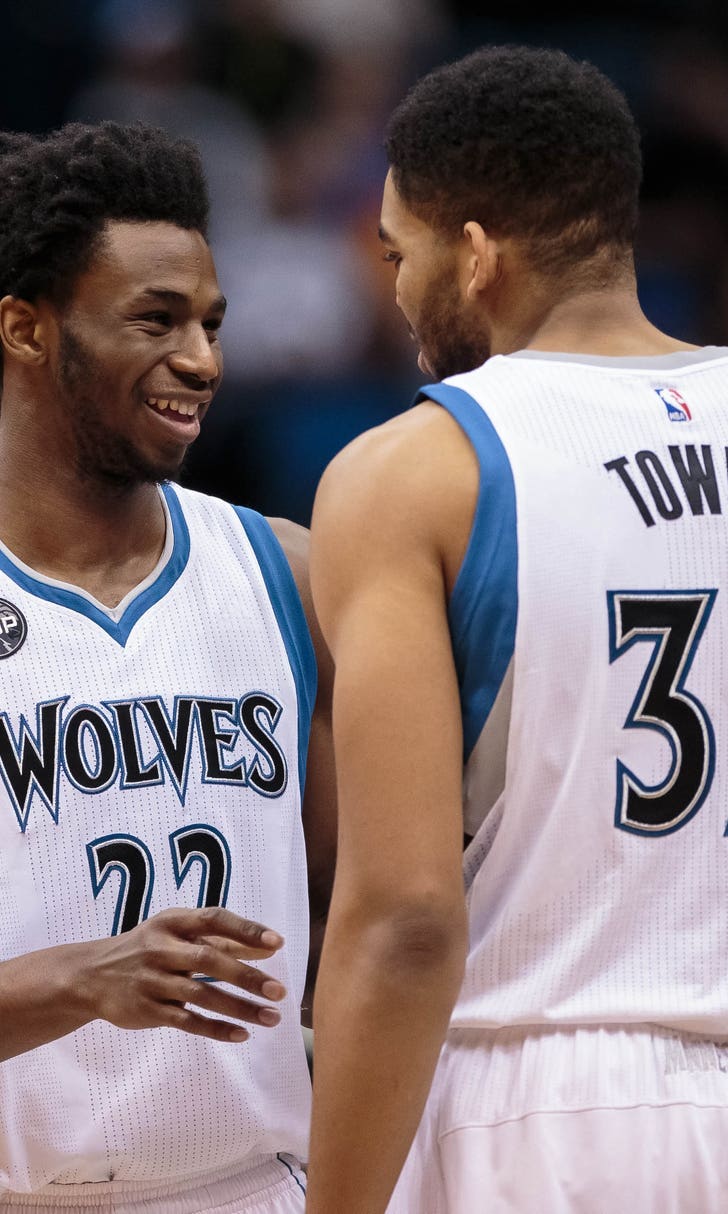 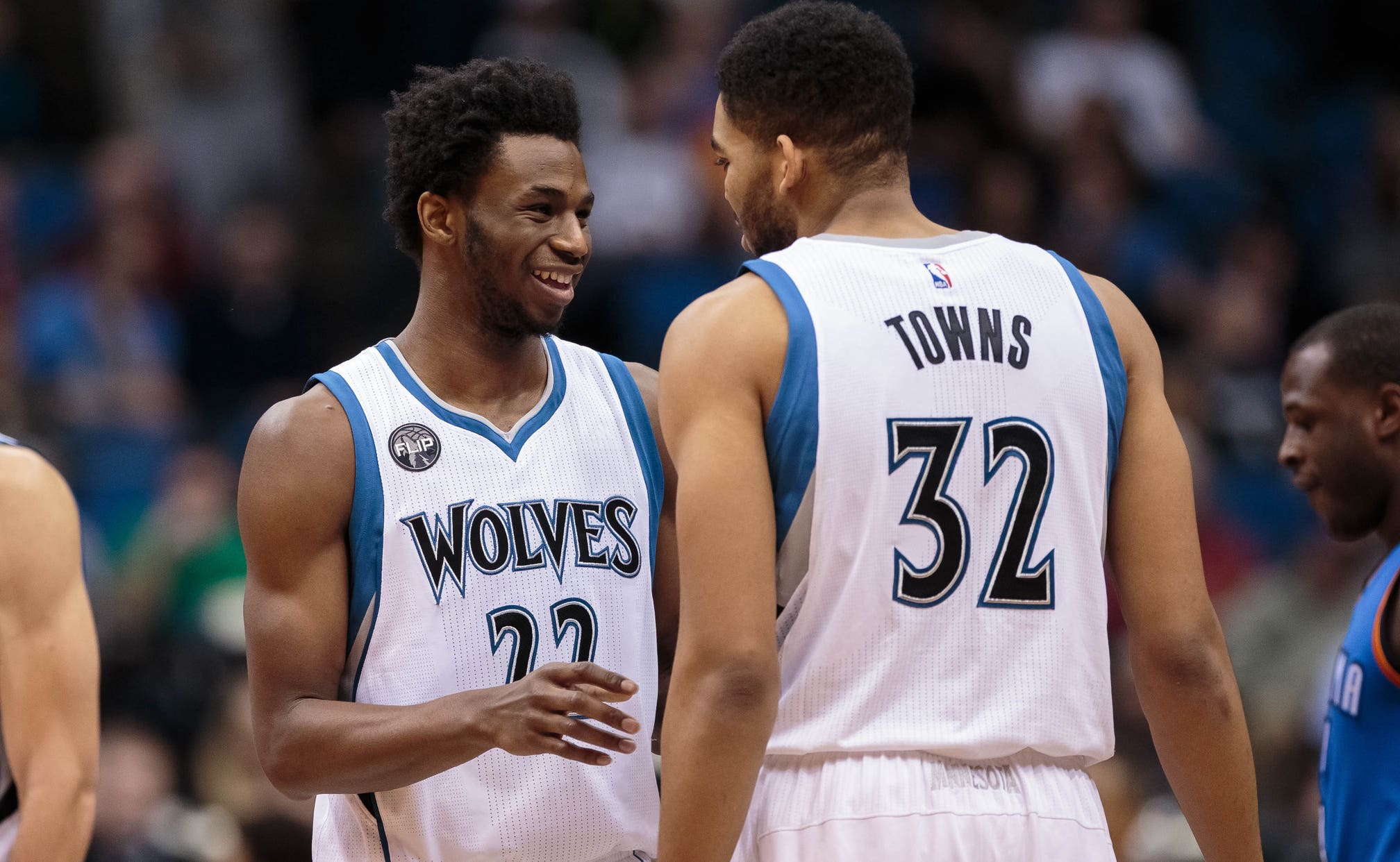 The Minnesota Timberwolves have a pair of players that are statistically drawing comparisons to one of the all time great NBA duos.

Karl-Anthony Towns and Andrew Wiggins are going to wreak havoc against the Minnesota Timberwolves' opponents for many years to come. During the 2016-17 season, Towns and Wiggins averaged 24.5 and 23.6 points per game respectively.

That was good enough for both to finish as top-20 scorers in the NBA during the regular season. These two young players are off to excellent starts in their careers. In addition, they complement each other's game very well.

Shaq and Kobe both became Los Angeles Lakers in 1996. The 1996-97 season was Bryant's rookie campaign. O'Neal joined the team after playing his first four seasons with the Orlando Magic. Those two immediately put on a show on team that was winning prior to their arrival.

They finished with a 56-26 record only to lose to the Utah Jazz in the conference semifinals. That season marked the beginning of an eight year dominance by the dynamic duo that won three titles together.

Towns and Wiggins did not experience the instant team success of the Lakers' duo, but they have matched them statistically. Towns' first two years in the league were comparable to O'Neal's. Likewise, Wiggins stacks up very well against Bryant's first three years in the NBA.

Lets look at their statistics individually.

Below are Karl-Anthony Towns' statistics from his first two seasons with the Minnesota Timberwolves.

Below are Shaquille O'Neal's statistics from his first two seasons with the Orlando Magic.

Shaquille O'Neal definitely started as a more dominant scorer than Karl-Anthony Towns did. Similarly, he cleaned the glass better than Towns. as well. In their first two seasons he outperformed Towns by 4.65 points a game and 2.1 rebounds a game.

Towns' game does have an element that O'Neal's never did. He has the ability to shoot free throws, mid-range shots and three-pointers. That makes Towns a more versatile center with a higher ceiling due to the many facets of his game.

They have very different styles of play, but if Karl-Anthony Towns continues to develop he can reach the dominant level that Shaq was able to reach in his career. Next, lets look at how Andrew Wiggins compares to Kobe Bryant in there first three seasons.

Below are Andrew Wiggins' statistics from his first three seasons with the Minnesota Timberwolves.

Below are Kobe Bryant's statistics from his first three seasons with the Los Angeles Lakers.

Likewise, he has the athletic ability and skill to have a similar or better career statistically than Bryant.

They are very similar players all around. Kobe Bryant even said that Wiggins reminds him of himself after they played each other in 2014.

"Yeah, it was a strange feeling, because I remember being Andrew Wiggins," Bryant said. "I remember playing against Michael my first year. To be here tonight and to play against him, seeing the baby face and the little footwork or little technique things that he's going to be much sharper at as time goes on — it was like looking at a reflection of myself 19 years ago. It was pretty cool." – Kobe Bryant

Wiggins used one of Bryant's own moves on him. That was a special NBA moment because Bryant learned that move from Michael Jordan and did it to him at the end of Jordan's career. Below is a video of both that shows each legend passing the torch.

Towns and Wiggins have the ability to dominate the game together for many years to come. Therefore the Minnesota Timberwolves must build around these two young stars. After that, the Wolves organization will turn around and officially start a new era.

In conclusion, both players are on the right track. At their young ages they have so much potential and the sky is the limit. Look out for the Minnesota Timberwolves when these two officially arrive to superstar status. You are watching the next Shaq and Kobe in the making.