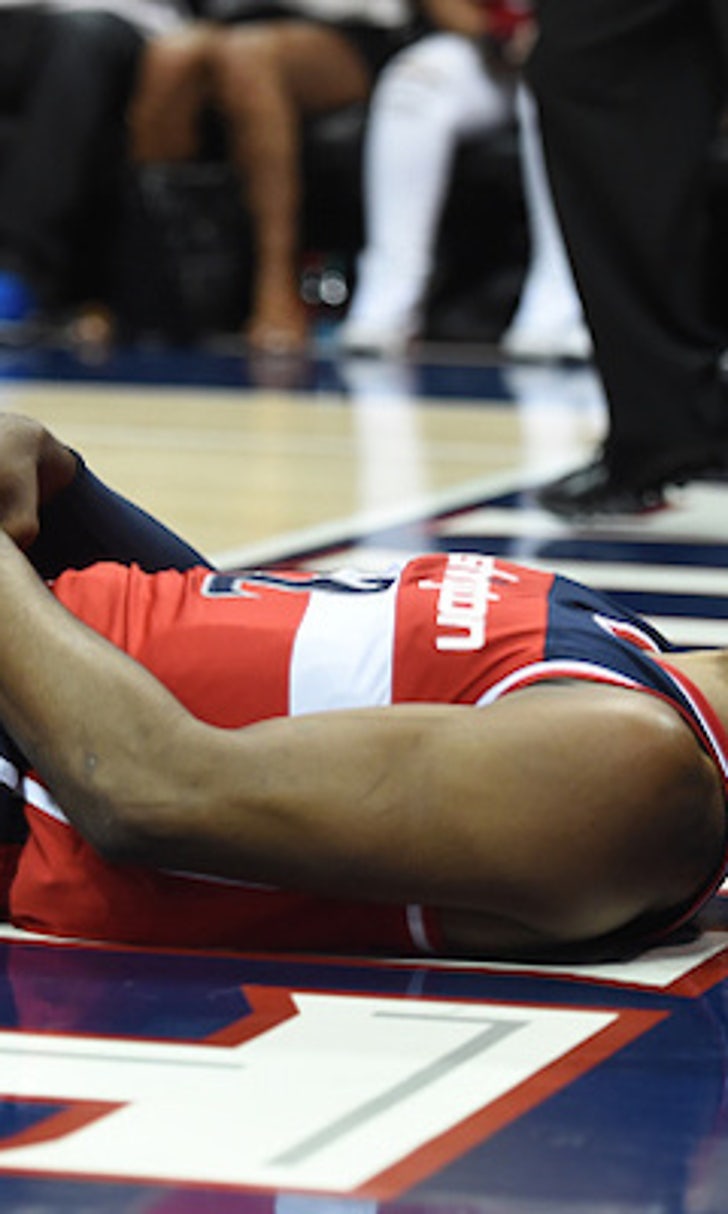 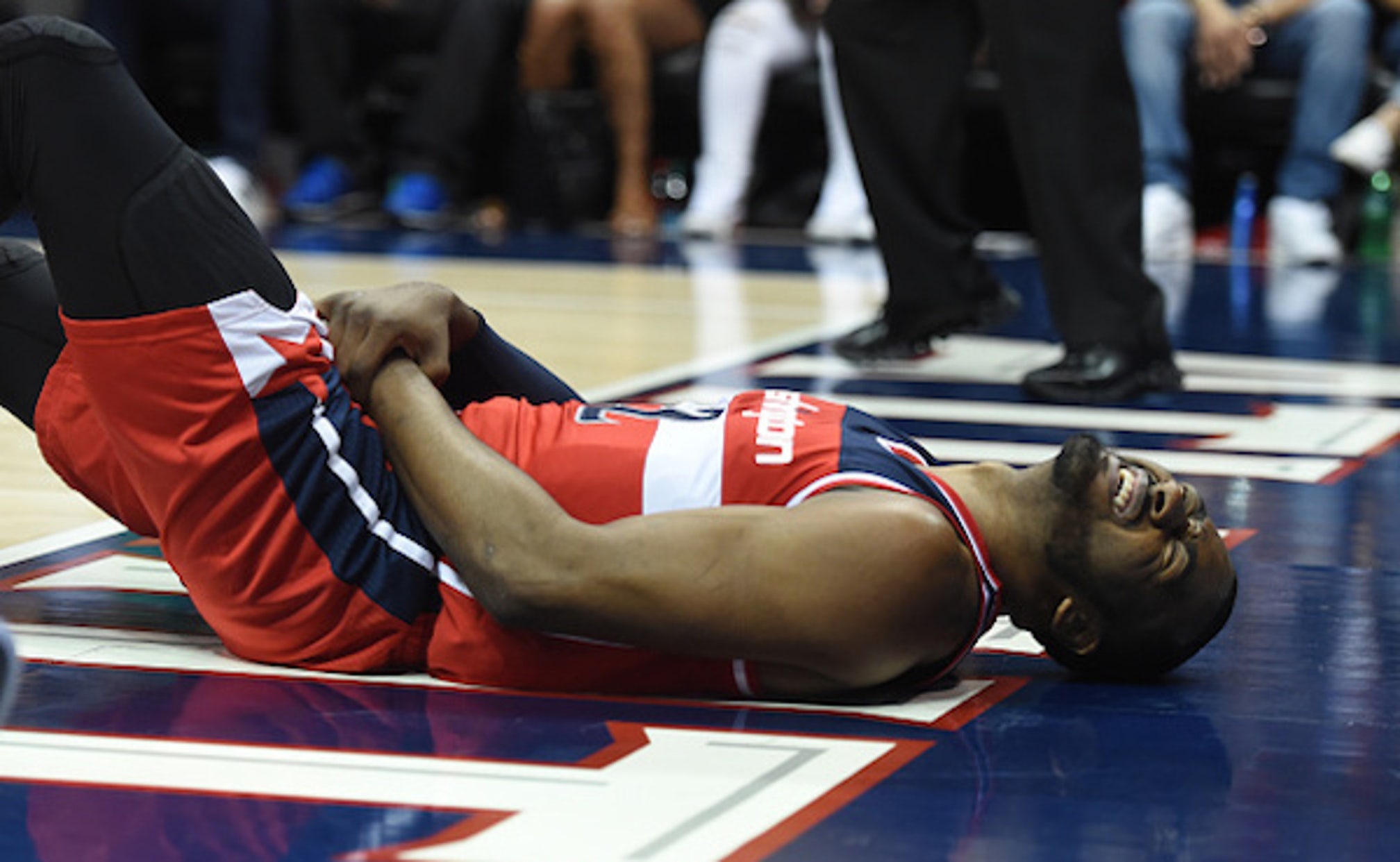 John Wall has multiple fractures in wrist and hand 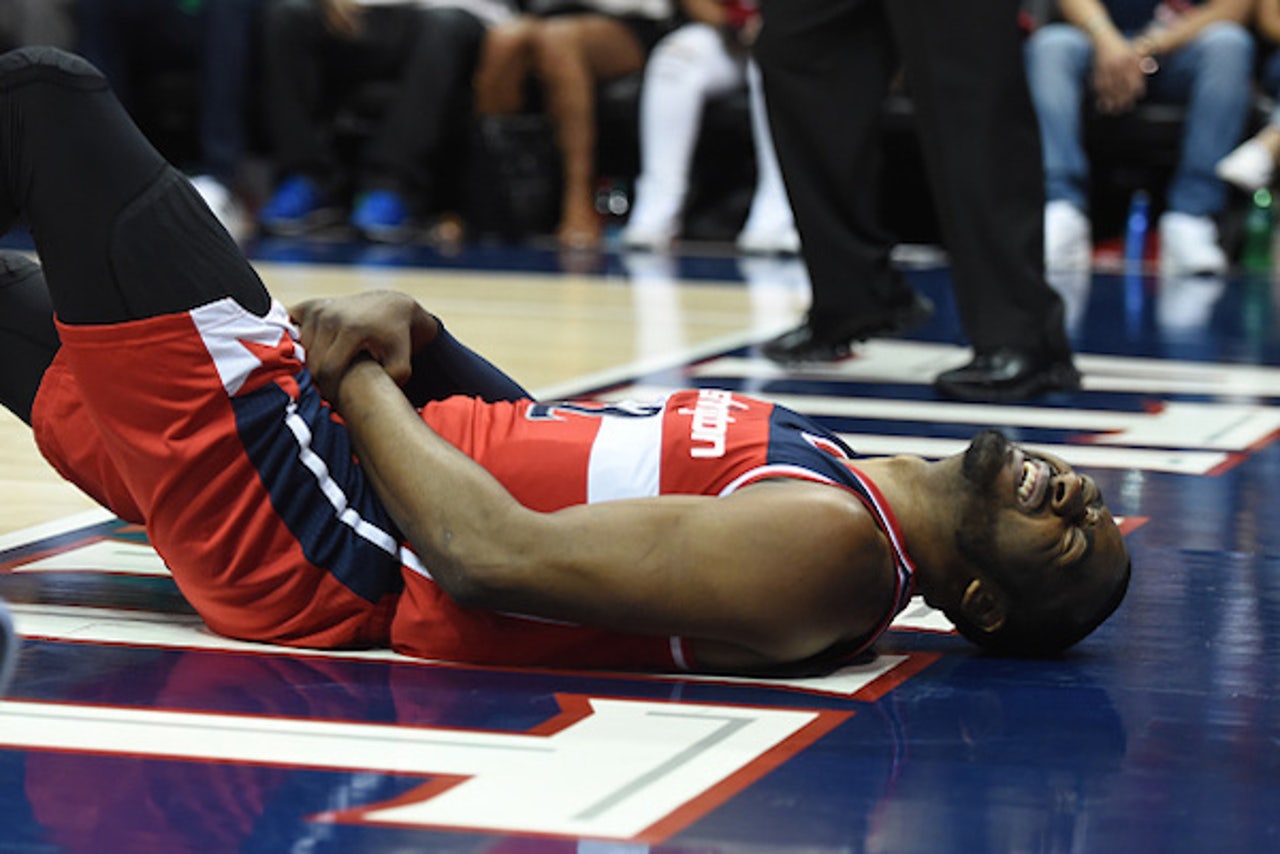 Washington Wizards guard John Wall missed the team’s Game 2 outing against the Atlanta Hawks in the Eastern Conference Semifinals after taking a hard fall on his left wrist in the series opener on Sunday.

It now appears that Wall suffered five non-displaced fractures in his left wrist and hand in that fall, the team announced on Thursday.

Wall and the team are currently in consultation with multiple physicians and specialists to determine the best course of action and his playing status has yet to be determined. Further updates will be provided as information becomes available.

While it’s not yet known what this means for Wall moving forward in the playoffs, it’s highly unlikely that he will be able to suit up for Game 3 of the Wizards-Hawks series on Saturday. At this point, there is no timetable for Wall’s return.

What’s amazing is the fact that Wall was still able to power through this injury in leading the Wizards to a Game 1 win over Atlanta. He netted 18 points, seven rebounds and 13 assists.

With Wall likely out of action for the foreseeable future, veteran Ramon Sessions will continue to start in his stead. Sessions had a solid Game 2 outing, going for 21 points on 8-of-14 shooting in 40 minutes.

The series is currently tied at one apiece heading to Washington for Game 3 on Saturday.

Russ, Wall Swapped in Blockbuster Trade
For the second time in less than two years, Russell Westbrook has been traded for another superstar point guard talent.
2 days ago
those were the latest stories
Want to see more?
View All Stories
Fox Sports™ and © 2020 Fox Media LLC and Fox Sports Interactive Media, LLC. All rights reserved. Use of this website (including any and all parts and components) constitutes your acceptance of these Terms of Use and Updated Privacy Policy. Advertising Choices. Do Not Sell my Personal Info