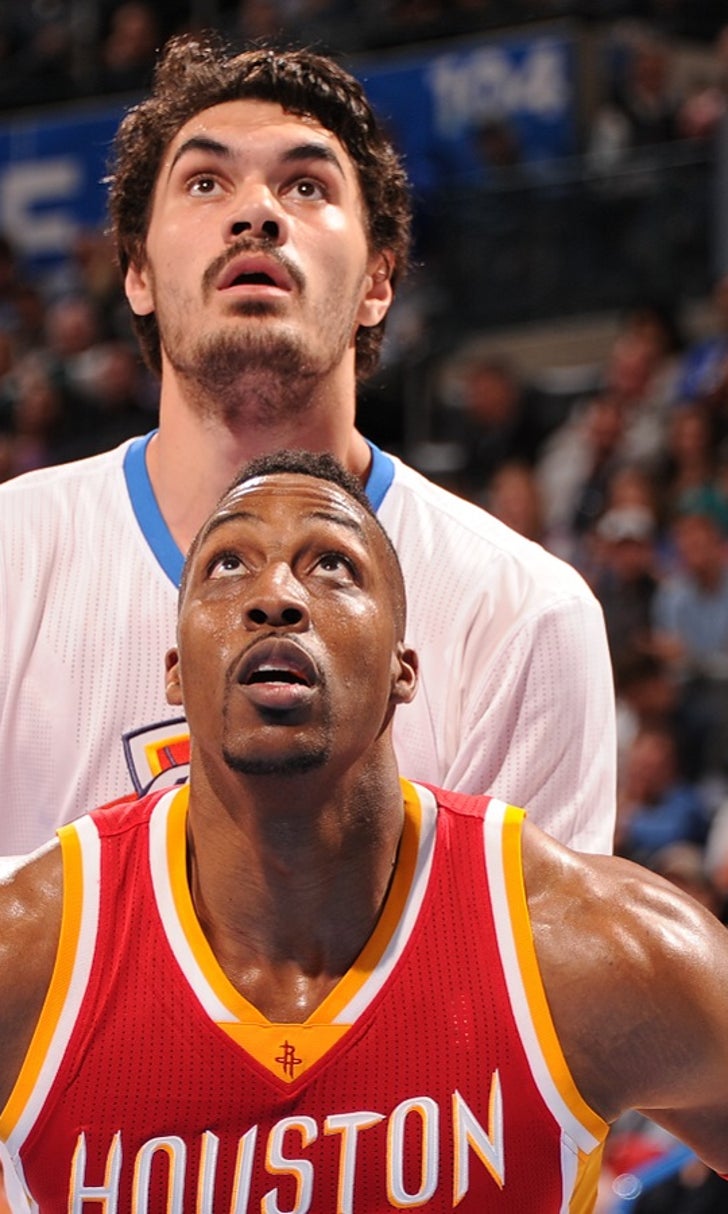 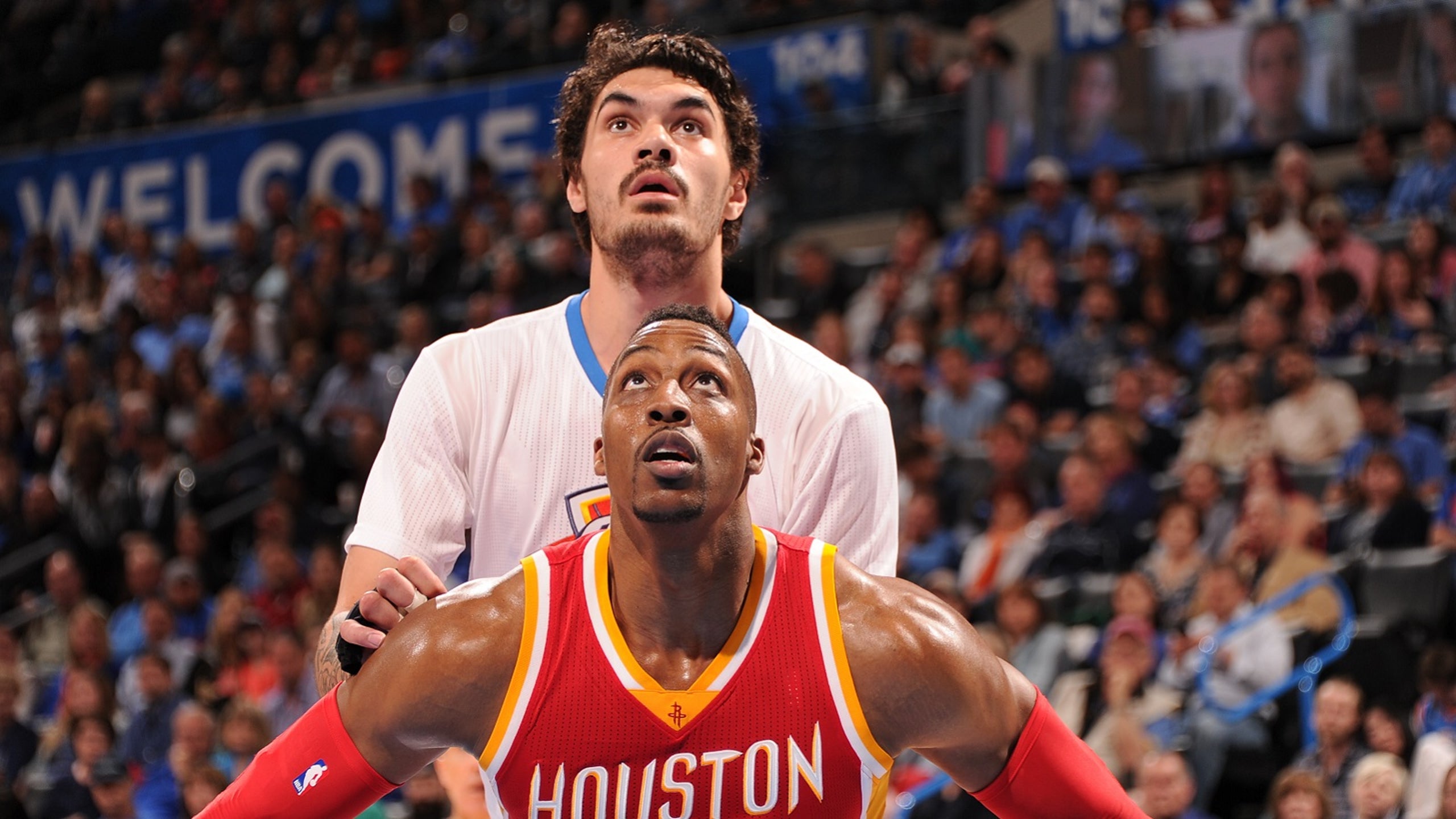 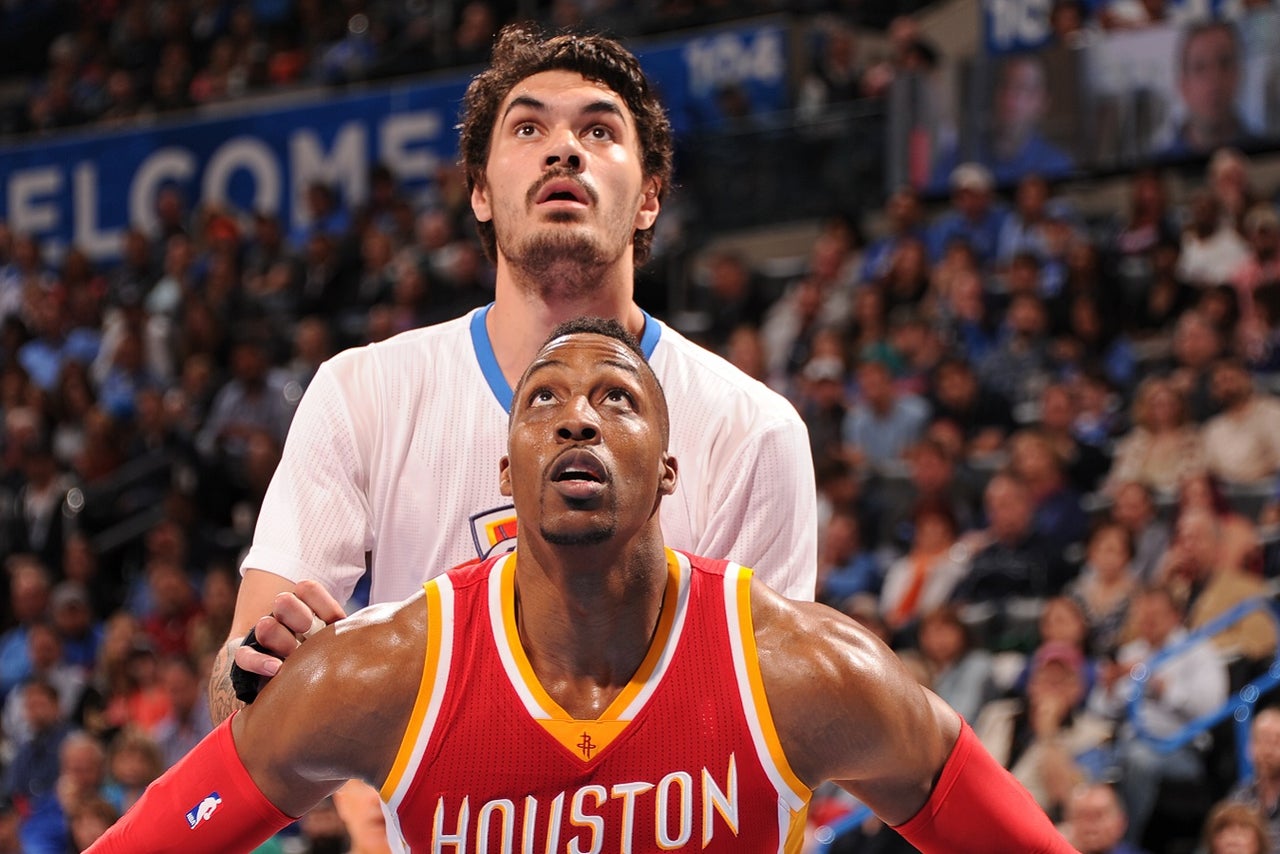 Are we totally sure that Houston Rockets center Dwight Howard is deriving any benefit from using a foreign substance during NBA games?

If you're out of the loop, the Rockets center caused a kerfuffle over the weekend when he was caught using an adhesive-like substance to improve his grip on the ball. It was so bad that Atlanta Hawks forward Paul Millsap complained about the ball being sticky as his team took on Houston.

According to Howard, it's something he's done for years; this time, however, it became an issue due to the residue left on the ball by his substance of choice. And really, it's not that big of a deal. In fact, it might be the most ridiculous NBA "controversy" we've seen in years.

Oklahoma City Thunder big man Steven Adams had the perfect explanation for why this whole conversation is much ado about nothing. After all -- and bear with us for a second, we swear this makes sense -- what if Howard is doing himself a disservice by making the ball stick in his hands more than it should?

Adams might be on to something. If we take Howard at his word that he's been using Stickum for five years and assume that trend started with the 2011-12 season, we can split Howard's free-throw shooting into two distinct eras.

Pre-Stickum, Howard was a 59.8 percent shooter from the charity stripe. Since adding the sticky substance to his repertoire, Howard's made just over 51 percent of his freebies.

Leave it to a fellow big man to diagnose a potential problem in Howard's game.

On the other hand, there might be a more scientific explanation for Howard's free throw woes. A team of scientists in France recently concluded a study on proprioception -- that is, the body's sense of where it is -- and how that "sixth sense" impacts a person's ability to repeat fine motor movements like those in a free throw.

#VIDEO What ties science to #basketball? Watch this video to find out… @NBA https://t.co/TCU9cfAOuE pic.twitter.com/2eeR3ULcuL

The study showed that those who are best at remembering their body's natural position during a shot -- muscle memory, for lack of a better phrase -- are better free-throw shooters. Specifically, the study found that wrist proprioception is directly correlated with free-throw shooting ability.

Perhaps, then, a player trying to improve on free throws would be better off spending time in the laboratory than in the gym.