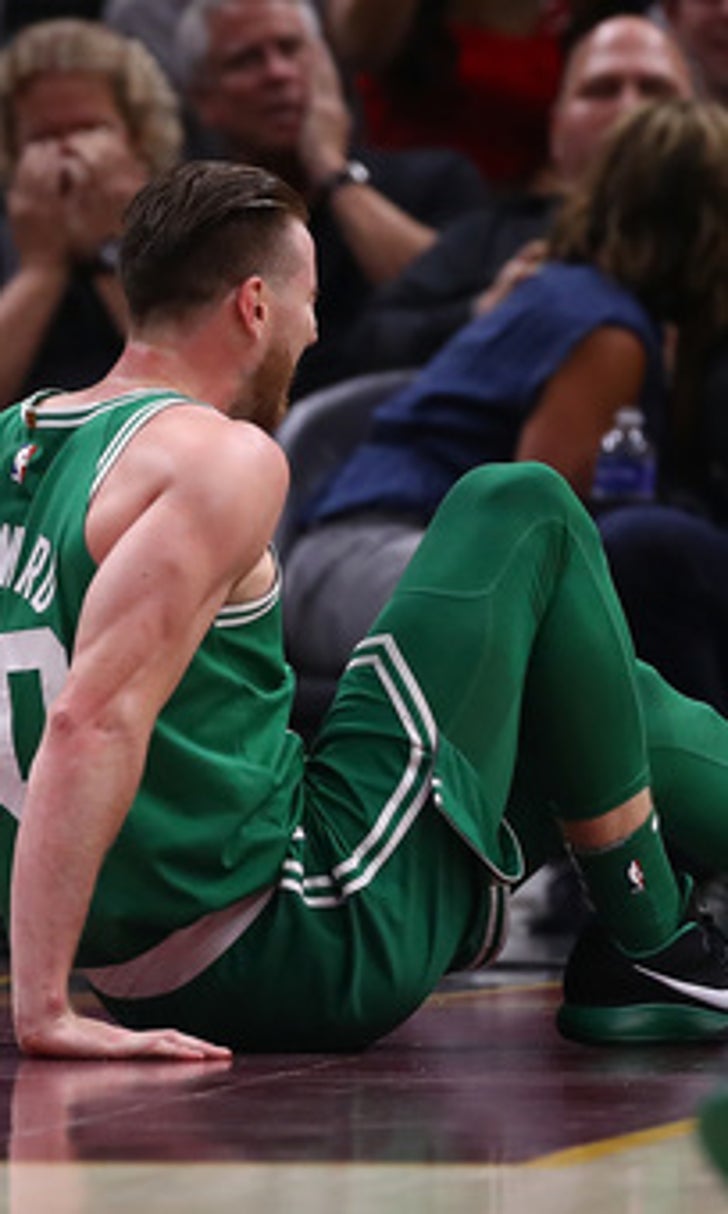 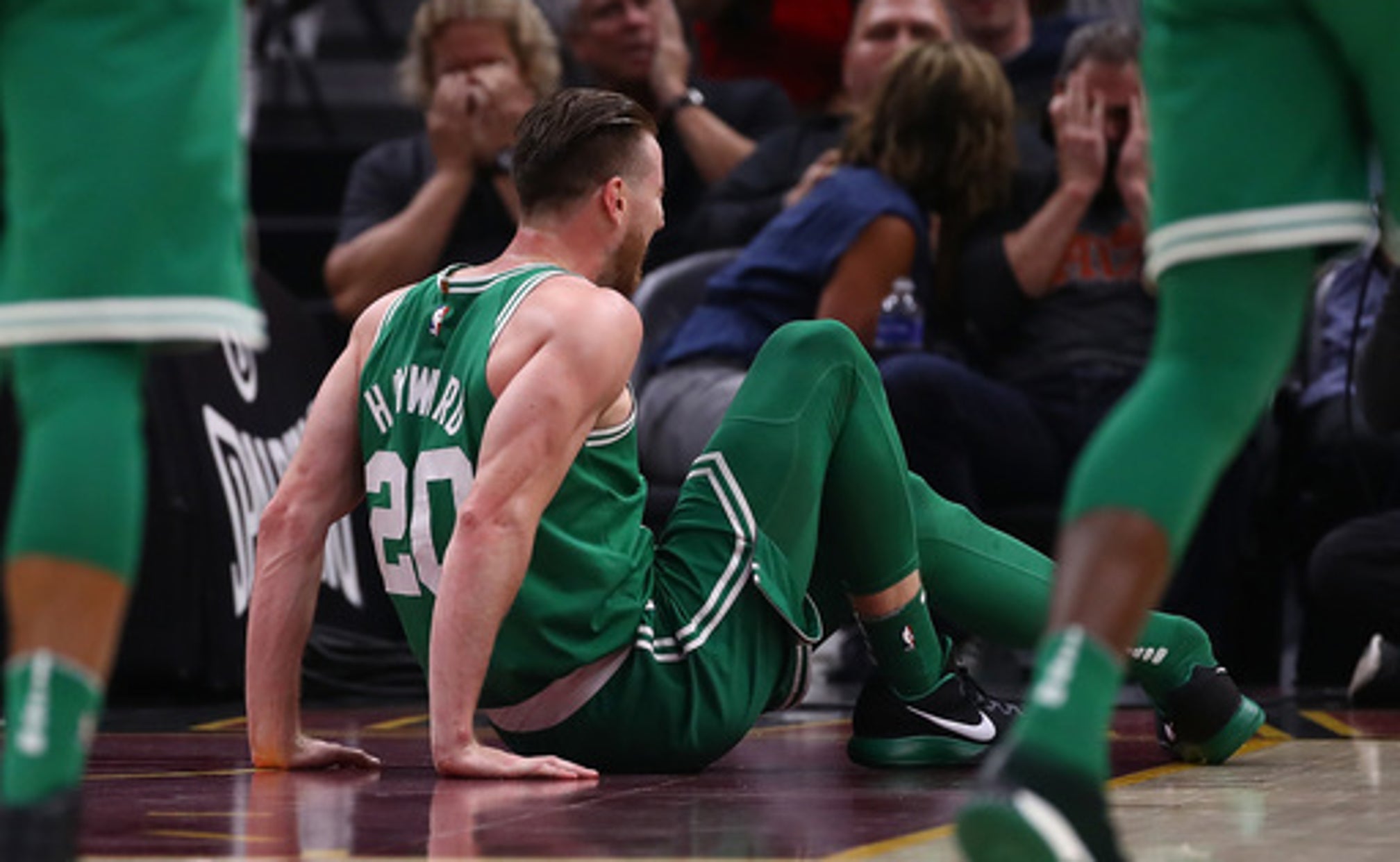 Hayward from hospital: It's hurting me that I can't be there

BOSTON (AP) Celtics forward Gordon Hayward sent a video message from his hospital bed before heading into surgery on Wednesday night, telling Boston fans at the team's home opener: ''It's hurting me that I can't be there.''

The crowd at the TD Garden for the Celtics' game against the Milwaukee Bucks cheered when Marcus Smart directed fans' attention to the scoreboard, where Hayward appeared wearing a hospital gown and sitting up in bed. The arena hushed to hear the brief message, then erupted in another cheer when it was over.

''What's up, everybody? Just wanted to say thank you to everyone who's had me in their thoughts and prayers,'' Hayward said in the 30-second message, which was also sent out by the team on Twitter .

''I'm going to be all right,'' Hayward said. ''It's hurting me that I can't be there for the home opener. I want nothing more than to be with my teammates and walk out on that floor tonight. But I'll be supporting you guys from here, and wishing you the best of luck.''

After signing with Boston in the offseason as a free agent, Hayward was injured in the sixth minute of his first game for the Celtics, crumpling to the floor Tuesday in Cleveland with a gruesome ankle injury. Players on both teams reacted in horror on at the site of Hayward's leg bent unnaturally, but coach Brad Stevens said he did not see the injury live and has avoided watching replays.

''Having known him as long as I've known him, it's tough to see him go through this,'' said Stevens, who was also Hayward's college coach at Butler. ''We'll make sure he knows that we've got our arms around him.''

Stevens said that doctors diagnosed Hayward with a dislocated left ankle and broken tibia. After the game, which the Celtics lost 108-100 to fall to 0-2, Stevens said Hayward was headed into surgery as the game was tipping off.

Hayward was expected to make a full recovery, but the coach did not know if it would be this season.

''It's definitely been tough,'' said rookie forward Jayson Tatum. ''We're just keeping Gordon in our prayers, hoping everything is all right.''

Fans who never got to see Hayward in a Celtics uniform lined up before Wednesday night's game to sign a banner imploring him to get better and ''come back stronger than ever'' from the injury. Other fans held up hand-made signs wishing him well.

Celtics forward Daniel Theis wrote ''GH20'' on his shoe, and a fair number of Hayward's No. 20 jerseys were visible in the crowd, which began chanting his name late in the first half.

After playing his first seven years with the Utah Jazz, Hayward signed a four-year, $128 million contract this offseason to rejoin Stevens in Boston - part of a near-complete roster overhaul for the team that finished first in the Eastern Conference last season.

The team also traded fan favorite Isaiah Thomas to Cleveland for fellow All-Star Kyrie Irving and shipped out regular starters Avery Bradley and Jae Crowder. In all, just four players on the roster finished last season with the team.

Taking Hayward's minutes, Smart scored 12 points and had nine rebounds on Tuesday night. Smart moved into the starting lineup on Wednesday night against the Bucks.

''He put a lot of effort into starting his career well in Boston,'' Stevens said of Hayward. ''This is a setback, but there's going to be a full recovery.''