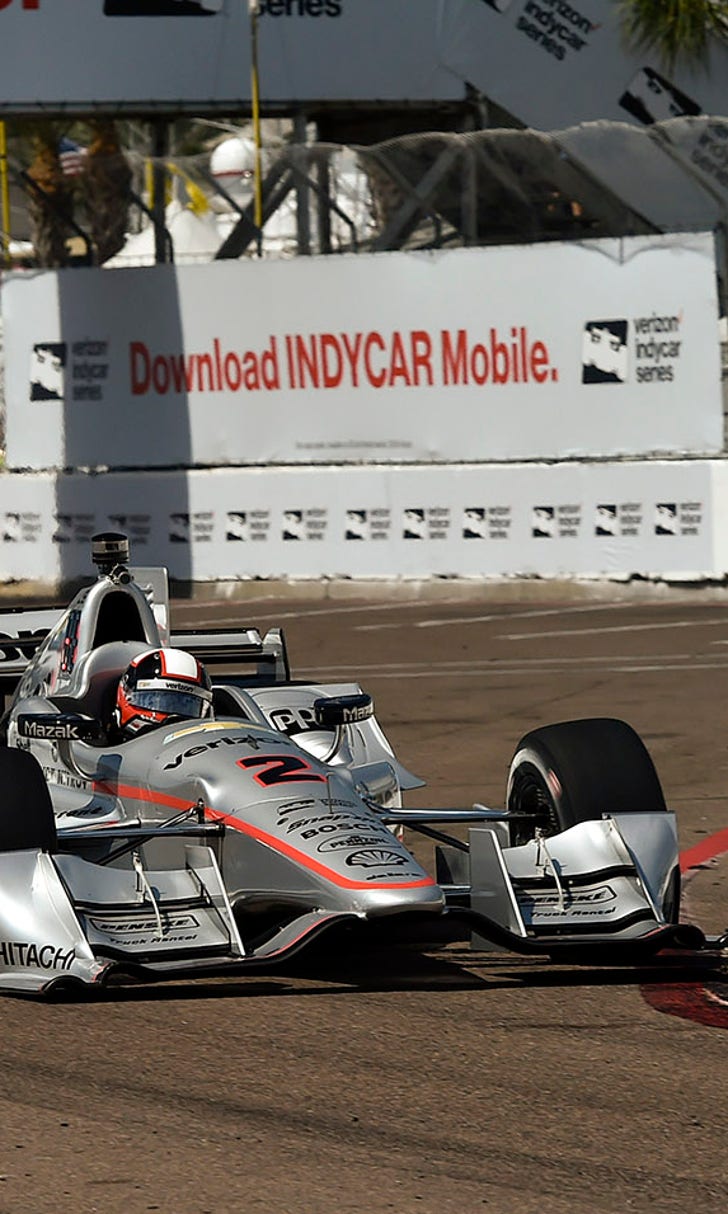 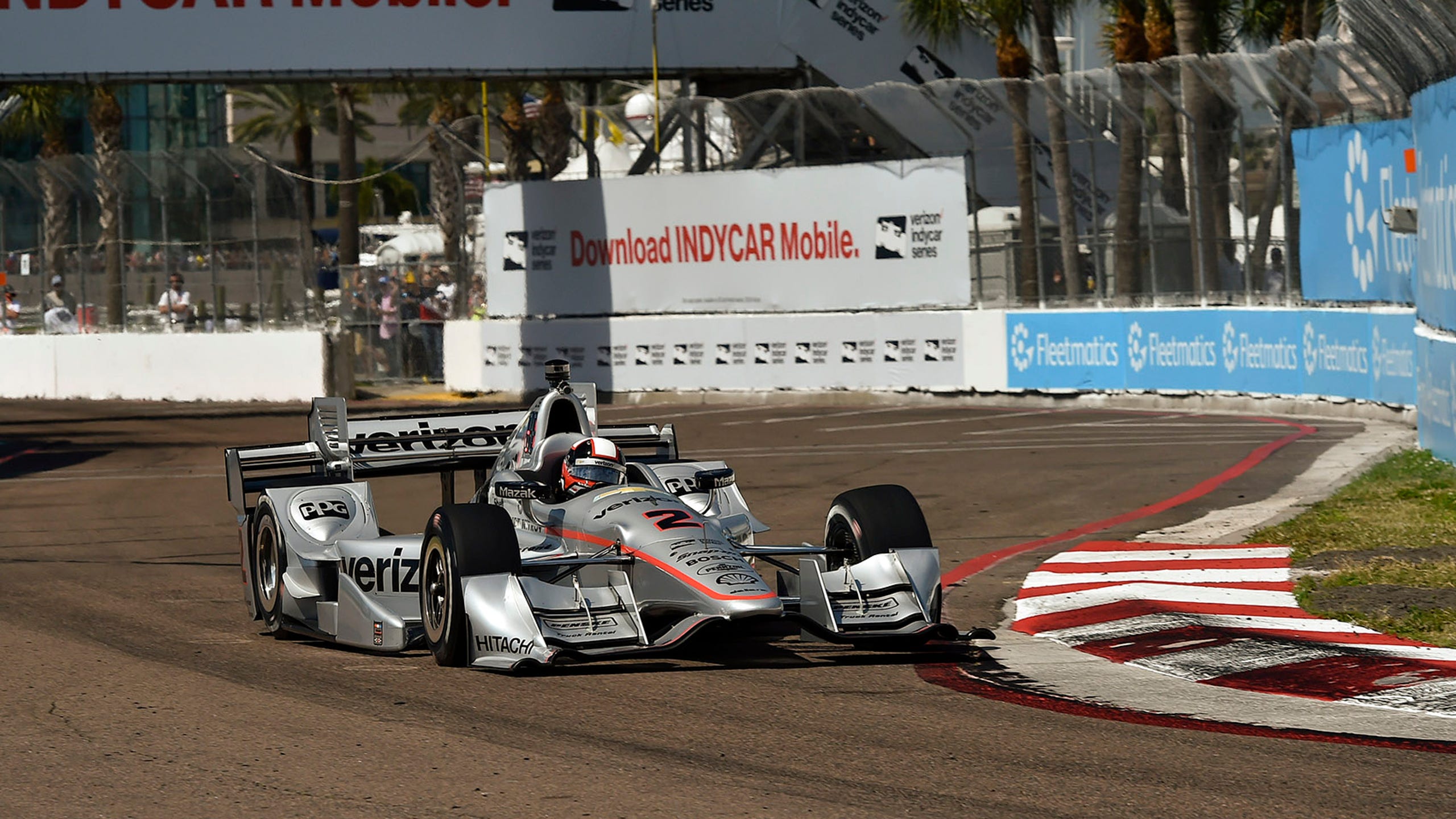 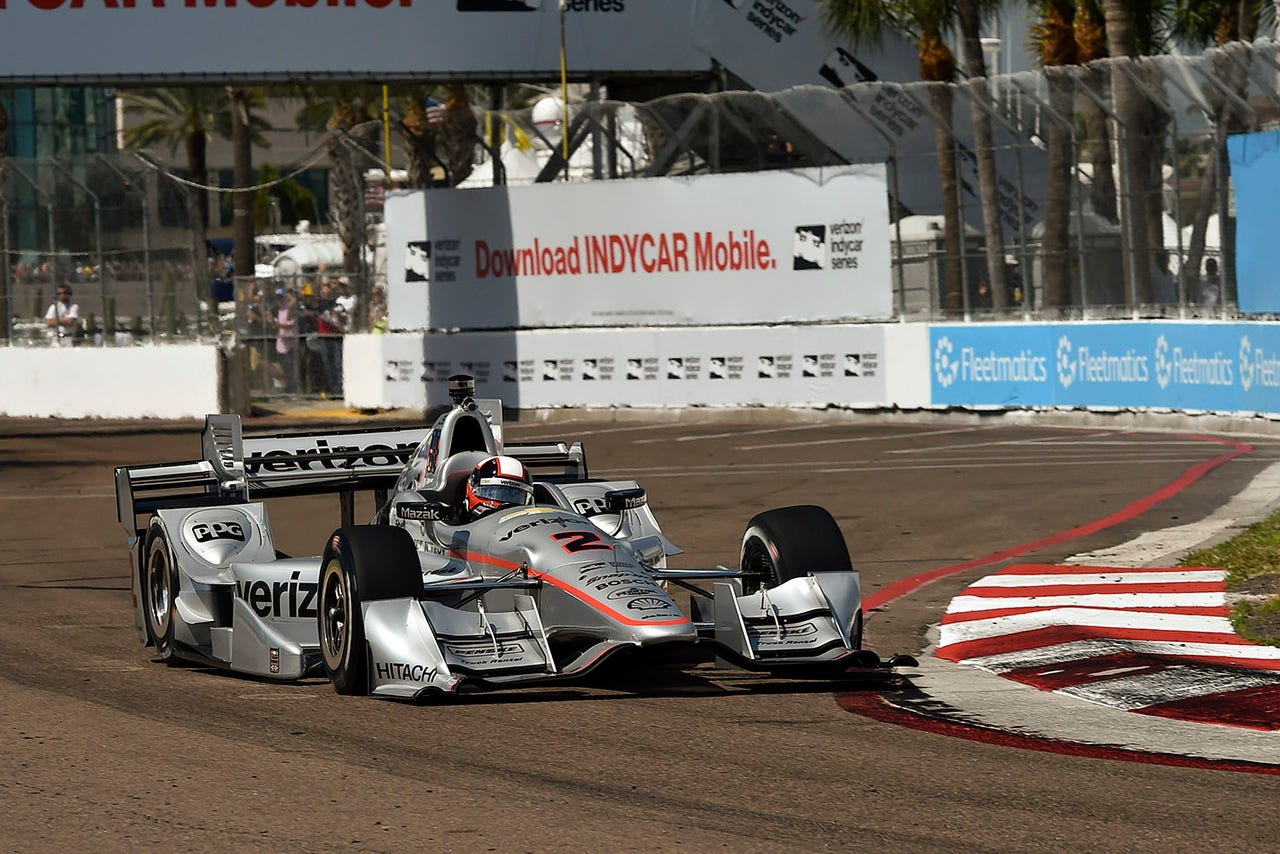 Juan Pablo Montoya won the Grand Prix of St. Petersburg on Sunday to kick off the 2016 Verizon IndyCar Series, despite his car suffering from a broken steering arm.

In 2015, Montoya’s solid start to the season turned into his second Indianapolis 500 win and almost his second IndyCar championship, although Scott Dixon pipped him in the points in the final round.

Simon Pagenaud led the field away for 110 laps on the Floridian streets after his Team Penske teammate Will Power, who was set to start on pole position, missed the race due to a concussion. Oriol Servia replaced Power and was forced to start from the back of the field.

Most of the field got away cleanly, although there was some minor contact in the middle of the field that led to a flat tire for Takuma Sato and also led to lengthy trips into the pits for James Hinchcliffe and Josef Newgarden.

Meanwhile up front, a variety of strategies began to play out but – in front of all of it – Pagenaud was pacing the field ahead of Juan Pablo Montoya while their third Team Penske teammate, Helio Castroneves, dropped back through the field.

The field went back to green on Lap 57 with Conor Daly and Tony Kanaan leading the field after electing to stay out. However, the caution was back out just four turns later for a multi-car incident in Turn 4.

When the green flew again, Montoya took the opportunity and passed Daly entering Turn 1. The Colombian never looked back.

Charlie Kimball, meanwhile, lost several spots on the final lap when he spun into the wall but was ranked in 10th place.

The Verizon IndyCar Series will be back in action in three weeks time at Phoenix International Raceway.