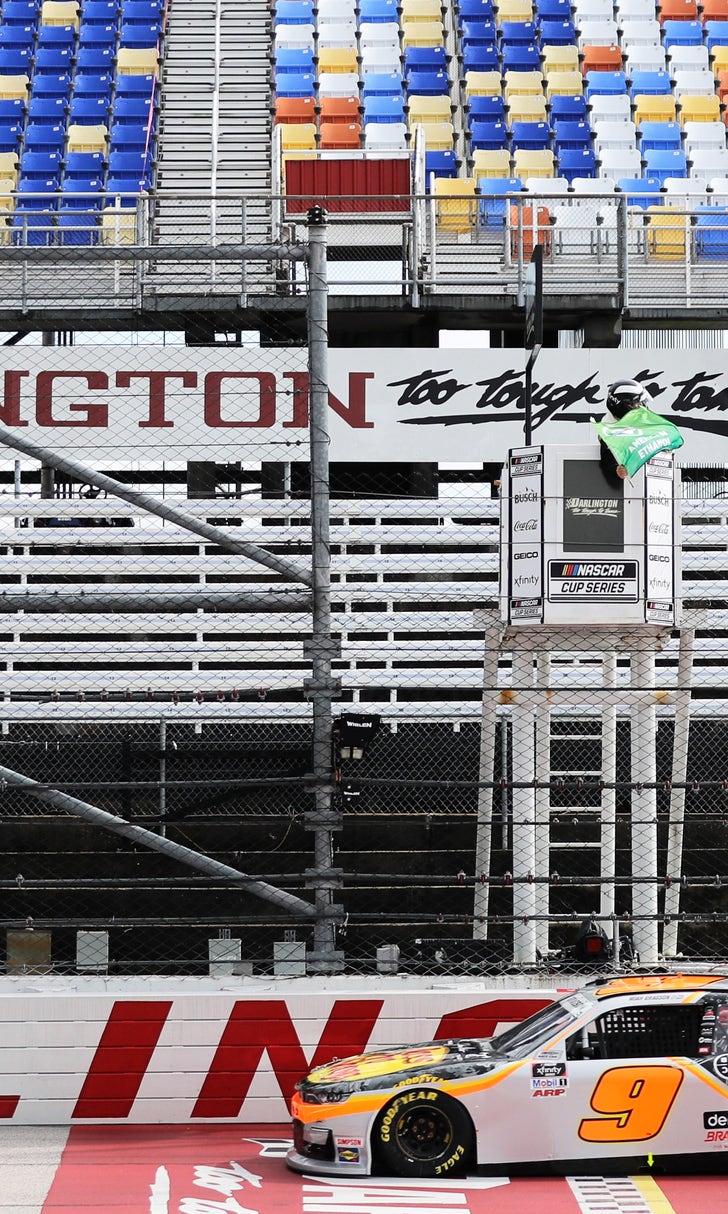 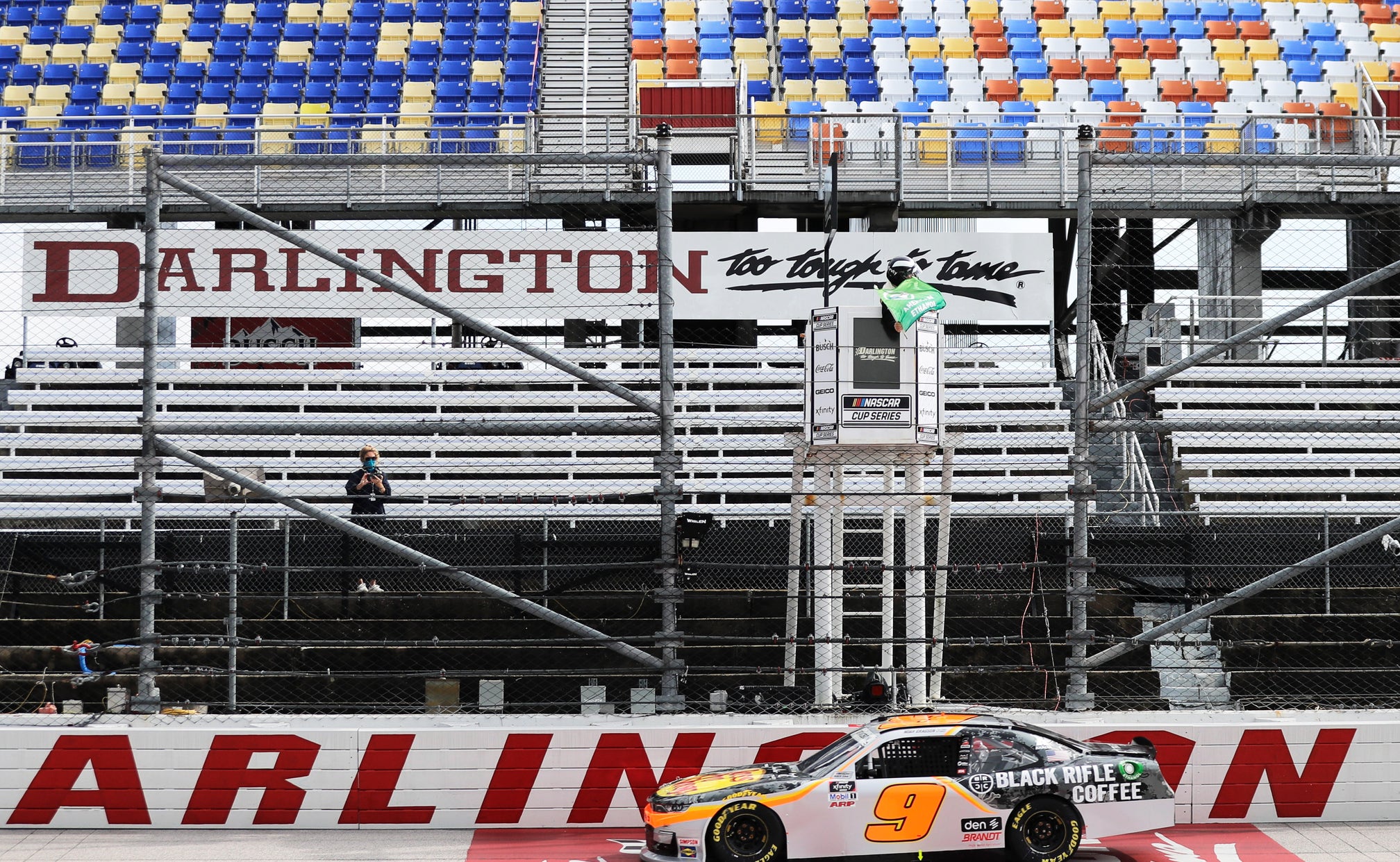 DARLINGTON, S.C. (AP) — Chase Briscoe was grateful to bring a moment or two of happiness to wife Marissa in the worst week of their lives.

It was Tuesday, during a 12-week exam, that they learned that their expected child — they only learned Monday that it was a girl — had no fetal heartbeat.

Two days later, Briscoe won the Xfinity Series' return to action when he held off Kyle Busch at Darlington Raceway.

“This has been the hardest week I've ever had to deal with and God is so good,” Briscoe said. “Even when I took the lead with 50 to go, I was crying inside the race car.”

Briscoe joined his wife's appointment on a video call from the infield at Darlington, awaiting the rain-delayed race's orginal start time. He and Marissa shared their news on Instagram on Wednesday, hoping it might help others cope with similar tragedies.

His story will reach so many more after the victory Thursday.

“This is more than a race win,” he said. “This is the biggest day of my life after the toughest day in my life, and to be able to best the best there is is so satisfying.”

Briscoe said he never seriously considered pulling out of the competition, that racing might be “therapuetic" in the series' first event since March 7 in Phoenix due to the coronavirus pandemic.

Briscoe used two strong restarts and a quick pit stop to finish on top. He got the lead out of the pits during the final caution, then pulled away from Busch and Justin Allgaier on the subsequent restart with seven laps to go for his fourth career win and second this season.

“Honestly, winning the Daytona 500 couldn’t even top the feeling of just, like I was saying earlier, the ups and downs,” Briscoe said. "This is what my family needed and what my wife needed.”

Busch seemed to have the race in hand as he took the second stage in a dominant showing. But he was called for speeding in the pits and ordered to the back of the 39-car field.

But Busch was there to challenge Briscoe at the end, the cars touching off the final turn before Briscoe crossed the finish line in front by 0.08 seconds.

Allgaier was third, Austin Cindric fourth and Noah Gragson, the pole sitter who won the first stage, was fifth.

For Busch, it was another error that cost him a win at Darlington. In the NASCAR Cup Series race Wednesday night, he clipped Chase Elliott late to cause a spin — Elliott waited and extended his middle finger at Busch — and finished second to Joe Gibbs teammate Denny Hamlin.

Busch was satisfied with his run." I had a good showing, put on a little bit of an exciting show there at the end," he said.

Busch said wife Samantha reached out to Marissa to offer solace. The Busch family had similar heartache in the past.

Briscoe appreciated the words of consolation from the Busches and all the friends in NASCAR he's heard from the past two days.

Busch and Timmy Hill were in all three Darlington races. The two plan to run all four races at Charlotte, too.

After the delay Tuesday because of rain, more storms delayed the planned noon start for another 4½ hours.

NASCAR's Cup Series had a successful return at Darlington with two races.

Kevin Harvick earned his 50th Cup win when he took Sunday's race, the first for the series in 10 weeks while Hamlin won a rain-shortened race Wednesday night, the first time the series ran on that day since 1984.