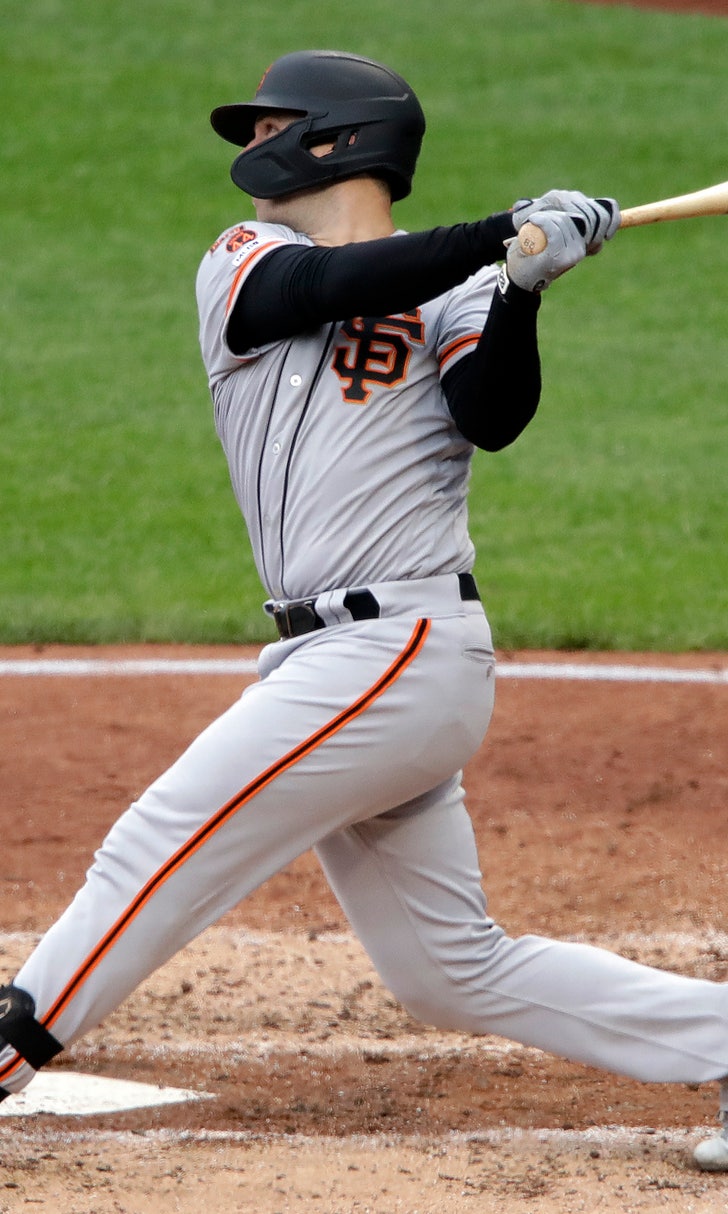 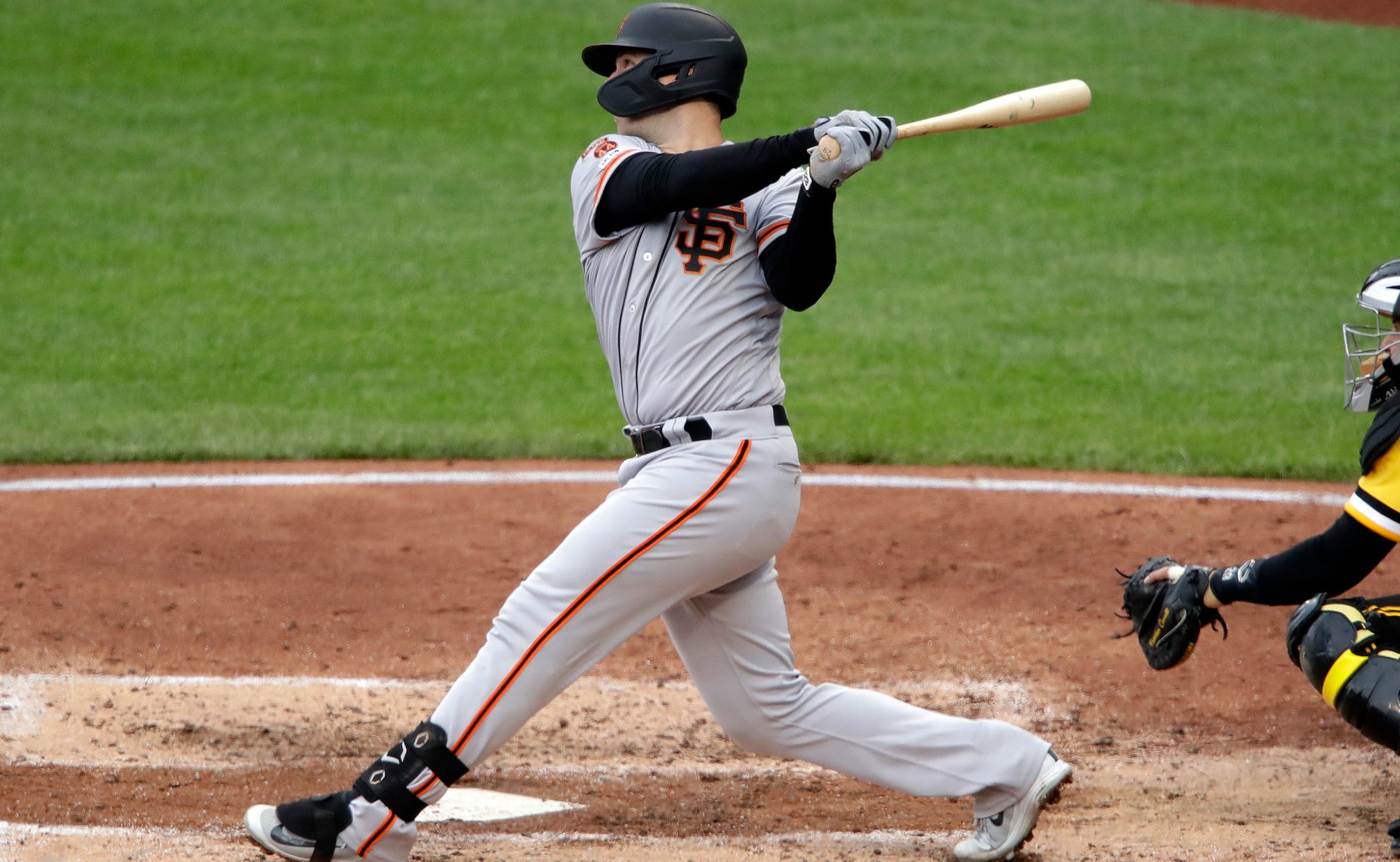 PITTSBURGH (AP) — Buster Posey kept insisting the longest homerless drought of his career wasn't weighing on him even as days turned into weeks and weeks stretched into months. The San Francisco Giants catcher believed if he simply kept showing up for work, then the ball would eventually find its way over the fence.

"The stuff that's happened in the past, whether it's this year or another year, it doesn't do any good to harp on it," Posey said.

Maybe, but the smile on the six-time All-Star's face as he bounded into the San Francisco dugout following a three-run shot off Pittsburgh's Chris Archer showed the franchise cornerstone was ready to drop the topic for good. It didn't hurt that Posey's shot produced all the offense his team would need in a taut 3-2 victory over the Pirates on Sunday.

"It's always nice to check that box and not have a goose egg up there," Posey said.

The home run was Posey's first in 237 at-bats since going deep against the Miami Marlins on June 19, 2018. It lifted the listless Giants to their second victory in seven games.

"I know there's a lot of tension right now on our offense and our struggles especially early in the game," San Francisco manager Bruce Bochy said. "But them personally, they have a lot of pride. So I know that was huge for (Posey). And just the timing of it. We're down two runs and he hit a three-run homer. It's a little different when you hit a home run that doesn't count."

Posey connected on a 91-mph fastball from Archer (1-1) with one out in the fifth. He helped make sure the lead stood up by tagging out Jung Ho Kang at the plate to end the game. Kang reached first against San Francisco closer Will Smith on a fielder's choice. Rookie Bryan Reynolds laced a double to the corner in right field, and third base coach Joey Cora waved Kang — not exactly known for his speed — home.

The relay from right fielder Steven Duggar to second baseman Joe Panik to Posey beat Kang by a good two steps to preserve Smith's fifth save.

"I could tell that they were sending him," Posey said. "But you kind of lose track of exactly where he is, so I wasn't sure how close it was going to be."

It turned out not to be close at all, though Pittsburgh manager Clint Hurdle defended Cora's decision.

"The ball kicked funny off the wall and Joey pushed it," Hurdle said. "He's aggressive over there and they made a perfect relay."

Dereck Rodriguez (3-2) won his second straight start for the Giants, allowing two runs on three hits in 5 2/3 innings with a walk and four strikeouts. His lone mistake came in the fourth, when he left an 84-mph changeup over the middle of the plate and Josh Bell mashed it over the stands in right field for a two-run homer.

San Francisco erased the deficit quickly. Rodriguez and Duggar led off the fifth with singles. Posey stepped in one batter later and hit the 134th home run of his career.

"I left a pitch down the middle to a good hitter," Archer said. "I was trying to go in, get a ground ball for a double play. It stayed in the middle. He hit that one hard."

Archer (1-1) allowed at least one baserunner in all five innings of work in his return from a five-game suspension for throwing at Cincinnati's Derek Dietrich earlier this month.

Reynolds, who singled in his major league debut on Saturday, had three of Pittsburgh's four hits. Fellow rookie Cole Tucker, who hit a go-ahead two-run home run in a rain-shortened 3-1 victory on Saturday, doubled leading off the fourth and scored on Bell's homer.

The Giants threatened to score their first first-inning runs of the season when they put runners on first and second with one out. A popup to third by Brandon Belt and a routine grounder by Evan Longoria pushed San Francisco's scoreless first-inning streak to 23 games, the second-longest to start a season in the majors since 1912. The 1948 Chicago White Sox didn't plate a first-inning run in their first 28 games.