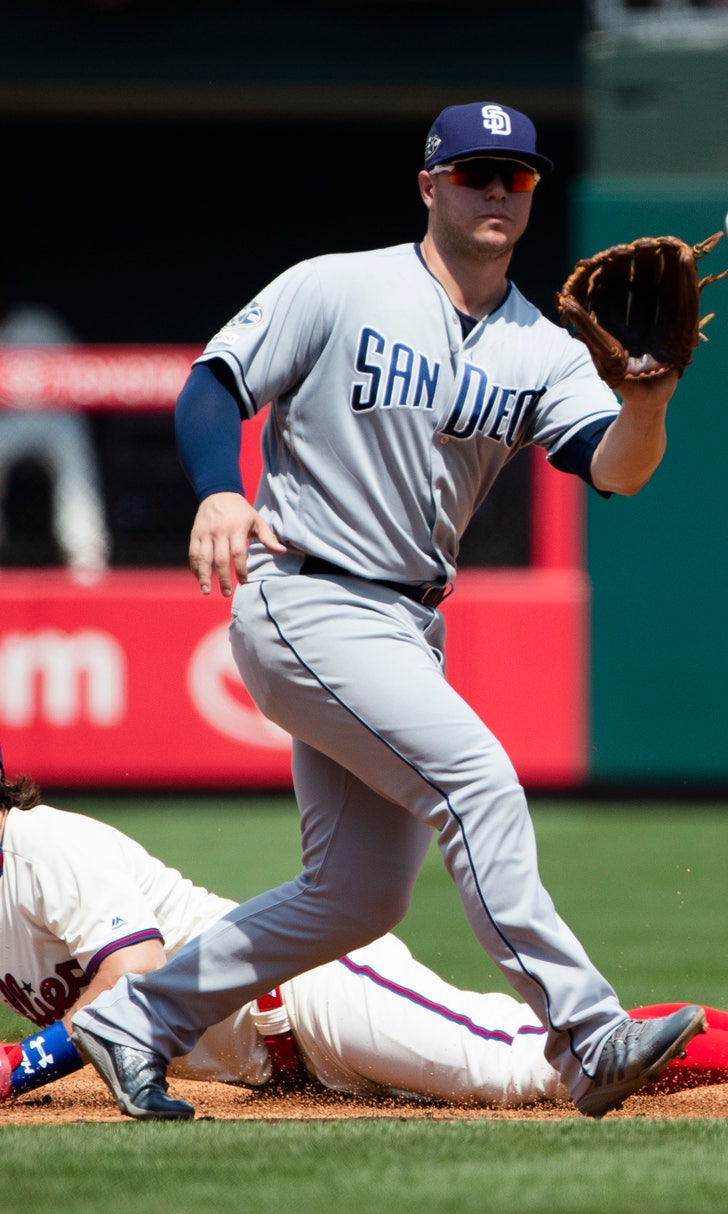 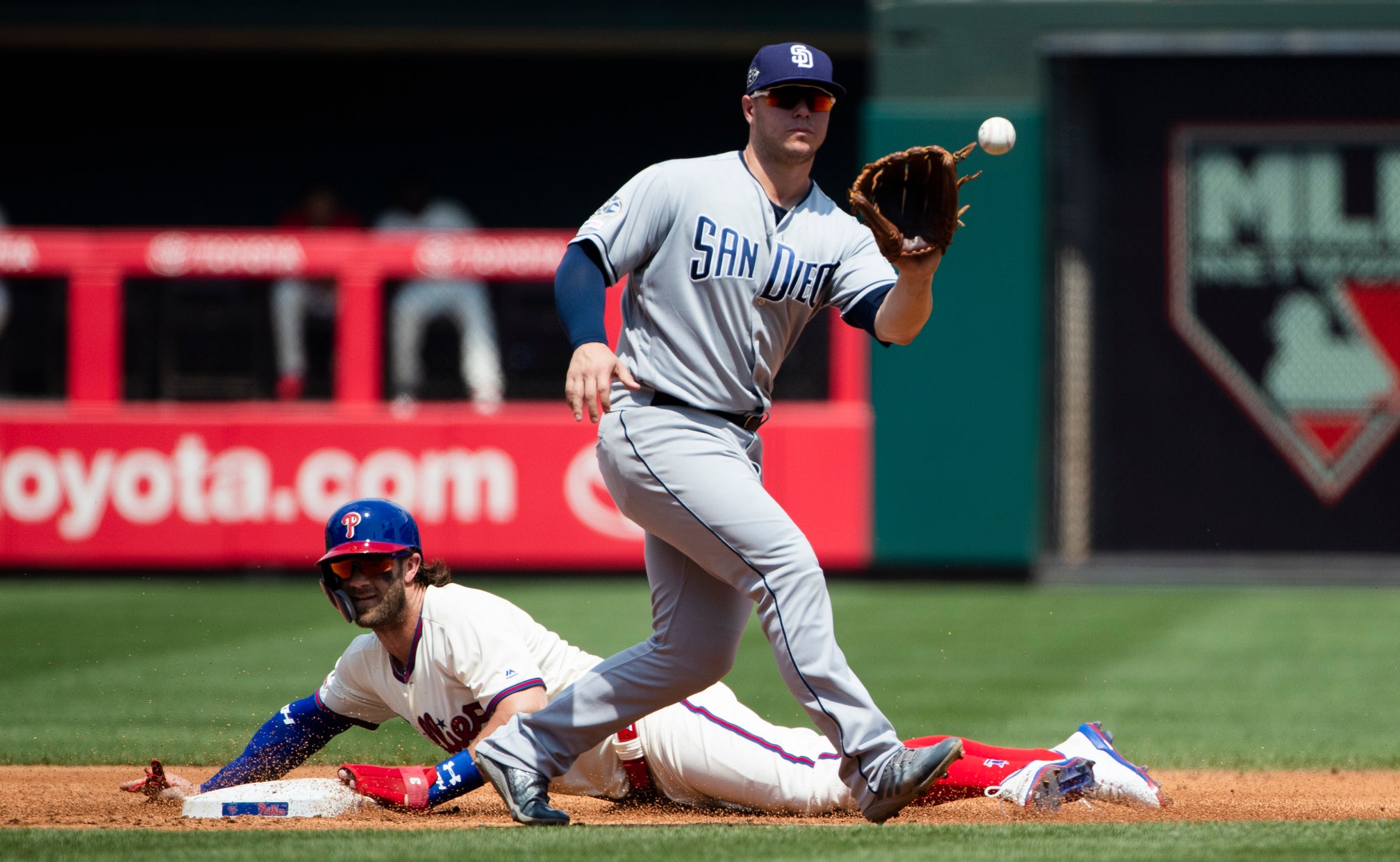 PHILADELPHIA (AP) — Philadelphia Phillies outfielder Bryce Harper left the game against the San Diego Padres after the fifth inning because of dehydration on a muggy Sunday.

With a gametime temperature of 90 degrees, Harper was lifted prior to taking the field in the sixth. Harper, who signed a 13-year, $330 million contract with the Phillies in the offseason, has played in 123 of 124 games this season.

Harper singled in the fourth inning, pulling up abruptly after rounding first base while considering trying for a double, and also slid hard into second base in the frame while breaking up a double play.

Harper also made a strong throw in the top of the fourth, nailing Austin Hedges at second base as he tried to stretch a single into a double.