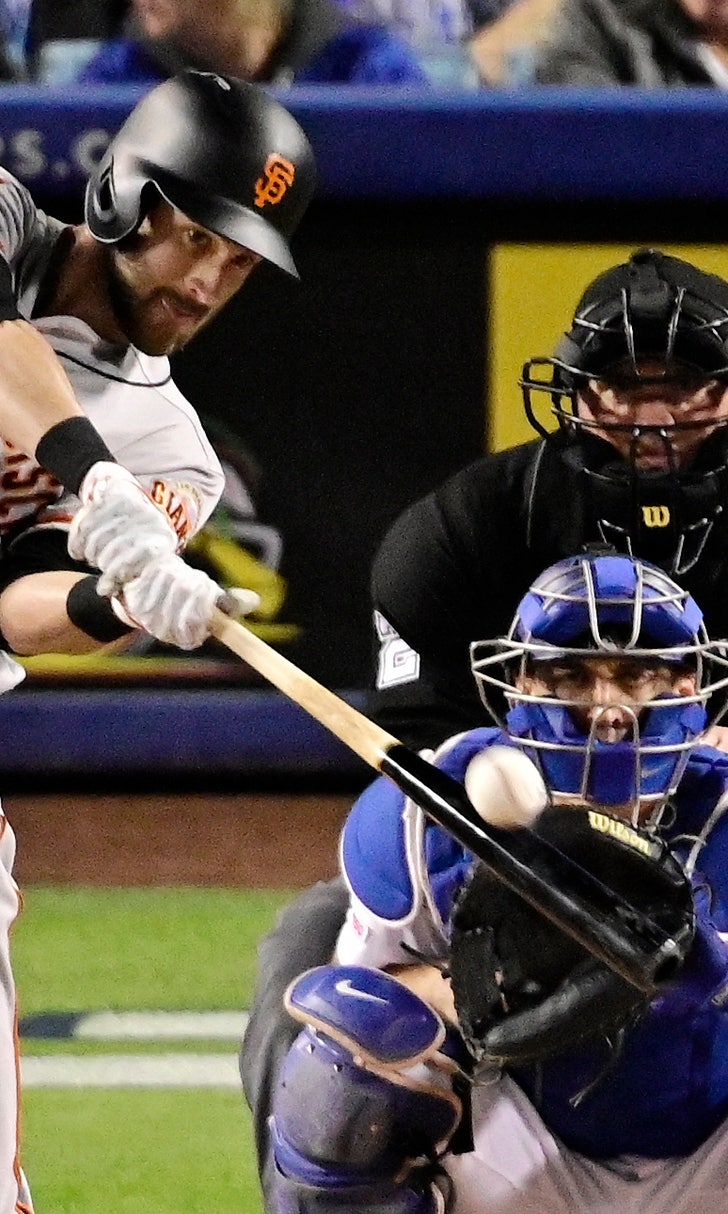 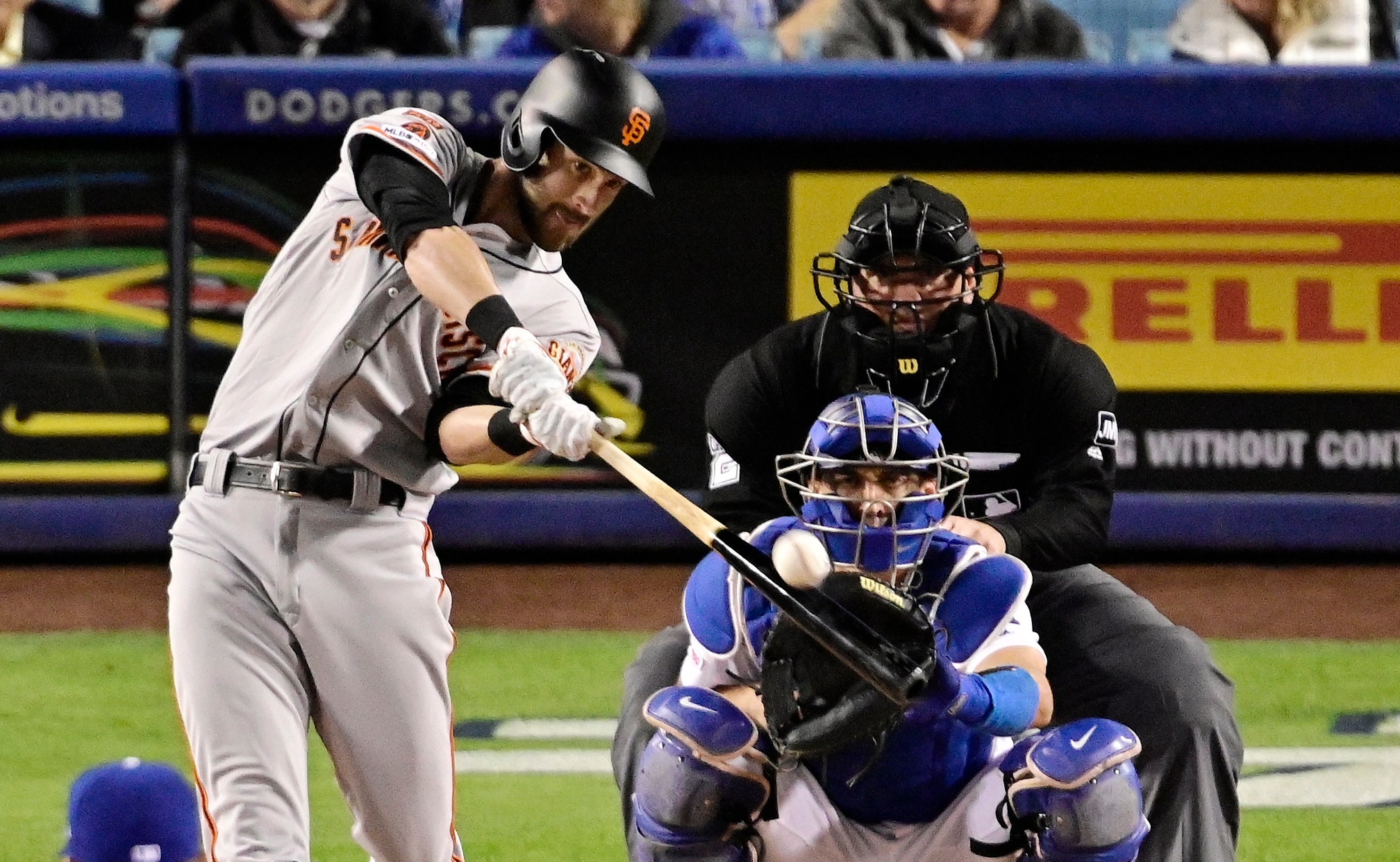 So for now, Steve Duggar is shifting over to right field. But Bochy said there will be times this season when both players will be rotating.

"The transition is easier for Duggar off the bat. He has some games in right in his recent past," Bochy said before Wednesday's game against the Los Angeles Dodgers, which the Giants lost 5-3.

Bochy said he talked to both players after Tuesday's game. Pillar was dealt earlier in the day and arrived during the game.

Pillar hasn't played either corner outfield spot since 2015, when he had 14 games in left and three in right. He has played right only 11 times in seven major league seasons.

Duggar was the everyday right fielder in Class A San Jose for the first half of the 2016 season before moving to center once he was promoted to Double-A Richmond.

"I'm excited for the opportunity. If the ball drops out there it was meant to be a hit," Duggar said.

Duggar made a nice play during the third inning on Wednesday, when he made a running catch on a David Freese fly ball that looked like it was going to drop for a single. He also had a home run in the fourth inning and went 5 for 13 with a double and a homer in the three-game series.

Pillar added that he was going to rely on Duggar when it comes to positioning the outfield and because he has a better feel for the pitching staff and opposing hitters.

Bochy had Pillar batting sixth in Wednesday's game— where he was hitless in four at-bats — but said that he will have him higher in the order when the matchup is against a left-hander.

"My main focus is to try and help in any way possible with the understanding it is going to be a learning curve. I am going to need to spend some time bouncing around between left and right," Pillar said. "I think they did me a courtesy allowing me to play center and get my feet wet."

Pillar grew up in suburban Los Angeles and was a Dodgers fan. This marks the first time though that he has been able to play at Dodger Stadium, which has mitigated the shock from being traded a little bit.

"Obviously it was a bucket list thing to play a game here. I saw the schedule for this year and Toronto was coming here in August but I wasn't sure if I was going to be around," he said.