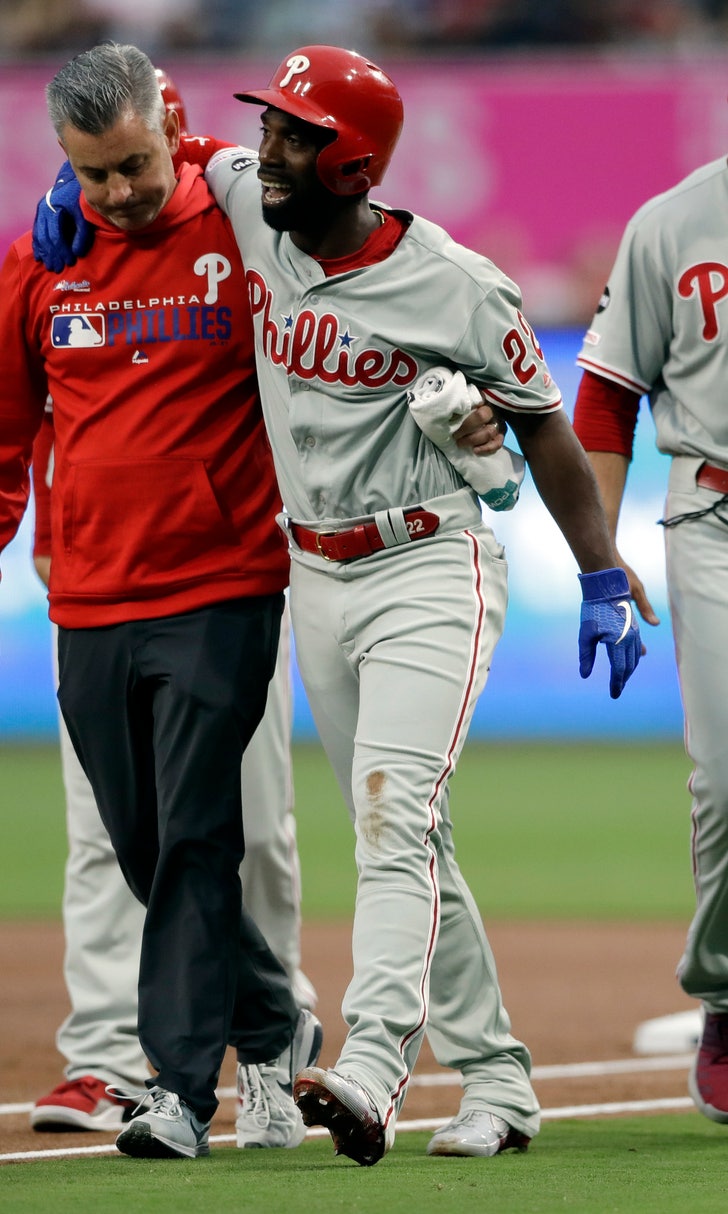 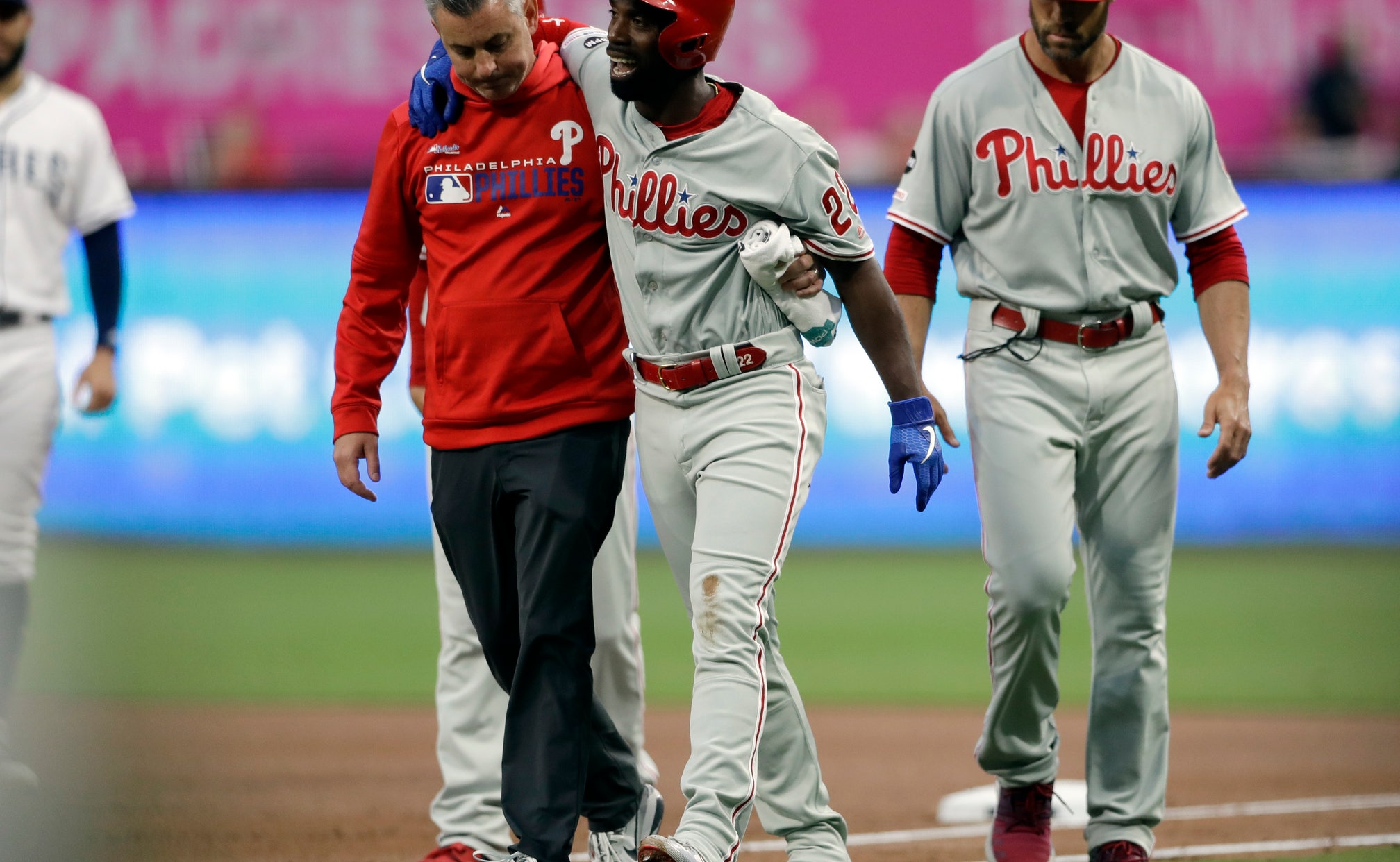 SAN DIEGO (AP) — Philadelphia Phillies center fielder Andrew McCutchen sprained his left knee in a loss to the San Diego Padres and will have an MRI exam on Tuesday.

McCutchen was hurt during a rundown in the first inning and came out of the game.

"I didn't feel it pop or anything," he said. "Something felt uncomfortable, something that made me grab my knee and go down. I've had an ACL injury before and I know what that feels like. This didn't feel like that."

Manager Gabe Kapler said the Phillies will bring up Adam Haseley on Tuesday and if McCutchen isn't available for the Phillies, "it will sting."

McCutchen drew a leadoff walk before second baseman Ian Kinsler let Jean Segura's popup drop. Kinsler threw to first to get Segura and McCutchen was caught in a rundown. He was hurt as he tried to elude the tag getting back to first and had to be helped off the field.