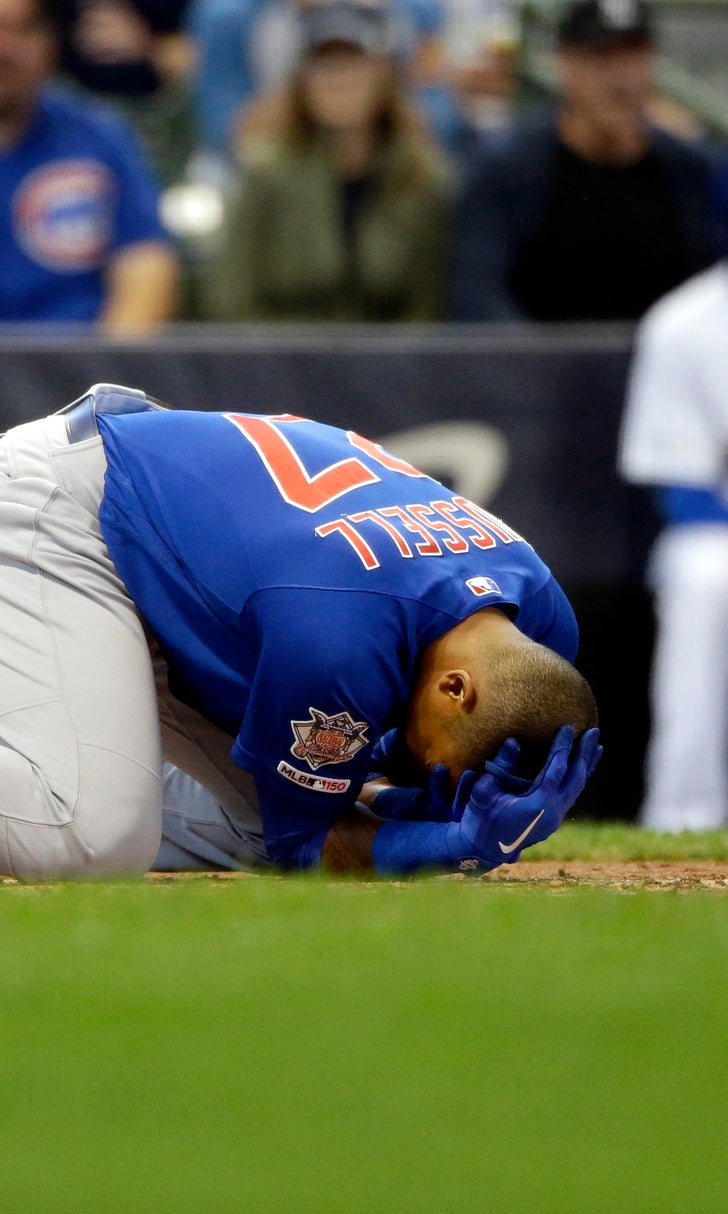 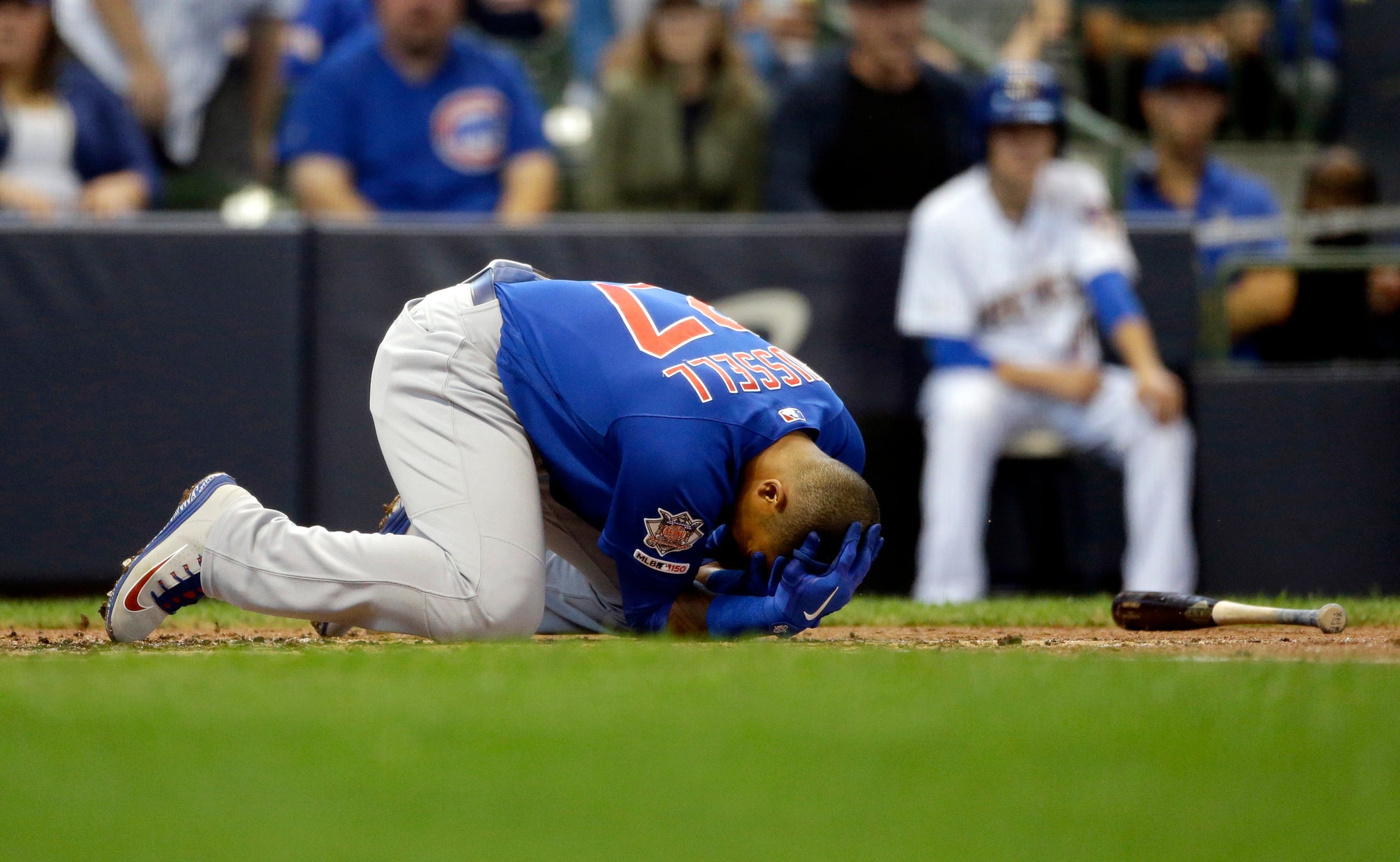 The Cubs are awaiting word on Addison Russell after the infielder was hit in the face by a fastball Sunday. Russell remained in the game for a bit before being pulled as a precaution. The Cubs say he has a nasal contusion and is under evaluation for a possible concussion, although he was set to travel with the club to San Diego. Russell was slated to be Chicago's everyday shortstop with starter Javier Báez out indefinitely with a hairline fracture in his left thumb. David Bote could fill in for Russell if he misses time.

Mets ace Jacob deGrom (8-8, 2.76) starts as New York hosts playoff-contending Arizona and right-hander Merrill Kelly (10-13, 4.69) to begin a four-game series. The Diamondbacks are 1½ games behind the Cubs for the final NL wild card, with New York trailing by four games. Arizona had won 11 of 12 before losing to Cincinnati in walk-off fashion Sunday, while the Mets have cooled following a stunning second-half surge to rejoin the October race. New York has lost each of deGrom's past three starts, and the NL Cy Young Award winner has allowed at least four earned runs in consecutive starts for the first since August of 2017.

A's right-hander Mike Fiers takes aim an at Oakland record as he starts a series opener against AL West-leading Houston. Fiers has won 12 straight decisions, one shy of Hall of Famer Catfish Hunter's run in 1973 for the best since the club moved to the Bay Area. Fiers (14-3, 3.51) will take on right-hander Zack Greinke (14-5, 3.09), who is 4-1 with a 3.86 ERA in six starts since being acquired from Arizona. Oakland leads Cleveland by 1 1/2 games for the final AL wild card.

The Yankees and Red Sox conclude their season series at Fenway Park with a rare Monday series finale. New York left-hander James Paxton is rolling toward October with the AL East leaders, most recently striking out 12 while throwing one-hit ball over seven scoreless innings against Texas. He's won his last seven starts dating to Aug. 2. Boston lefty Eduardo Rodriguez (17-5, 3.81) has also been cruising. He's 4-0 with a 1.03 ERA in his past four starts.