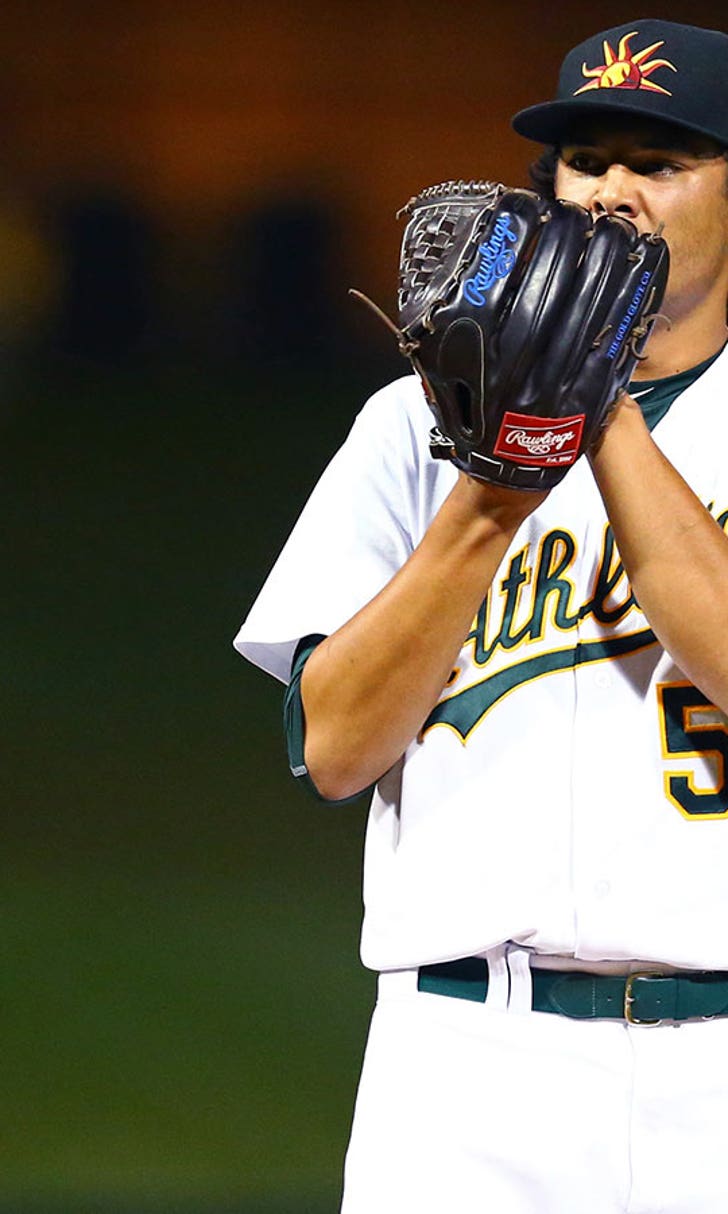 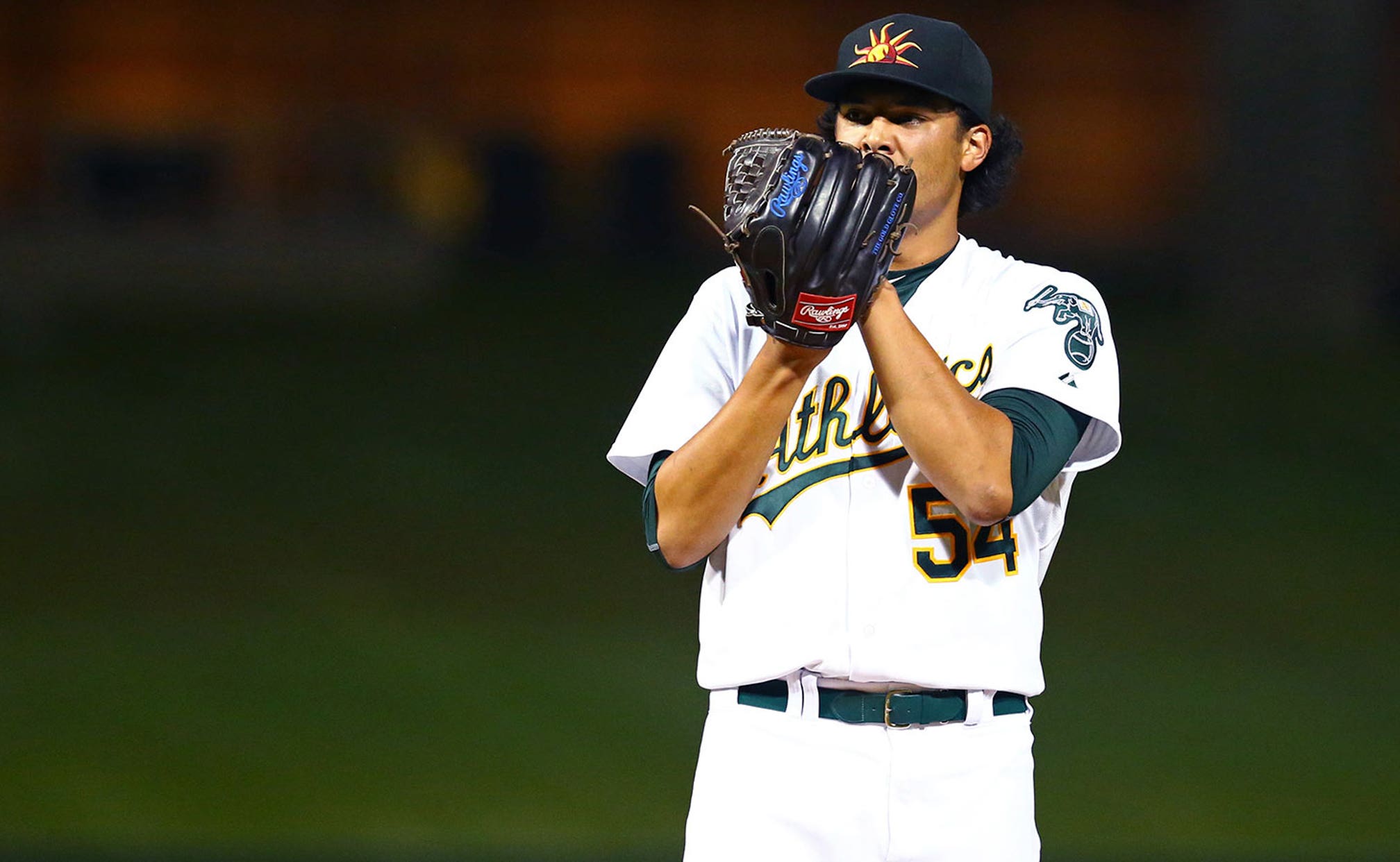 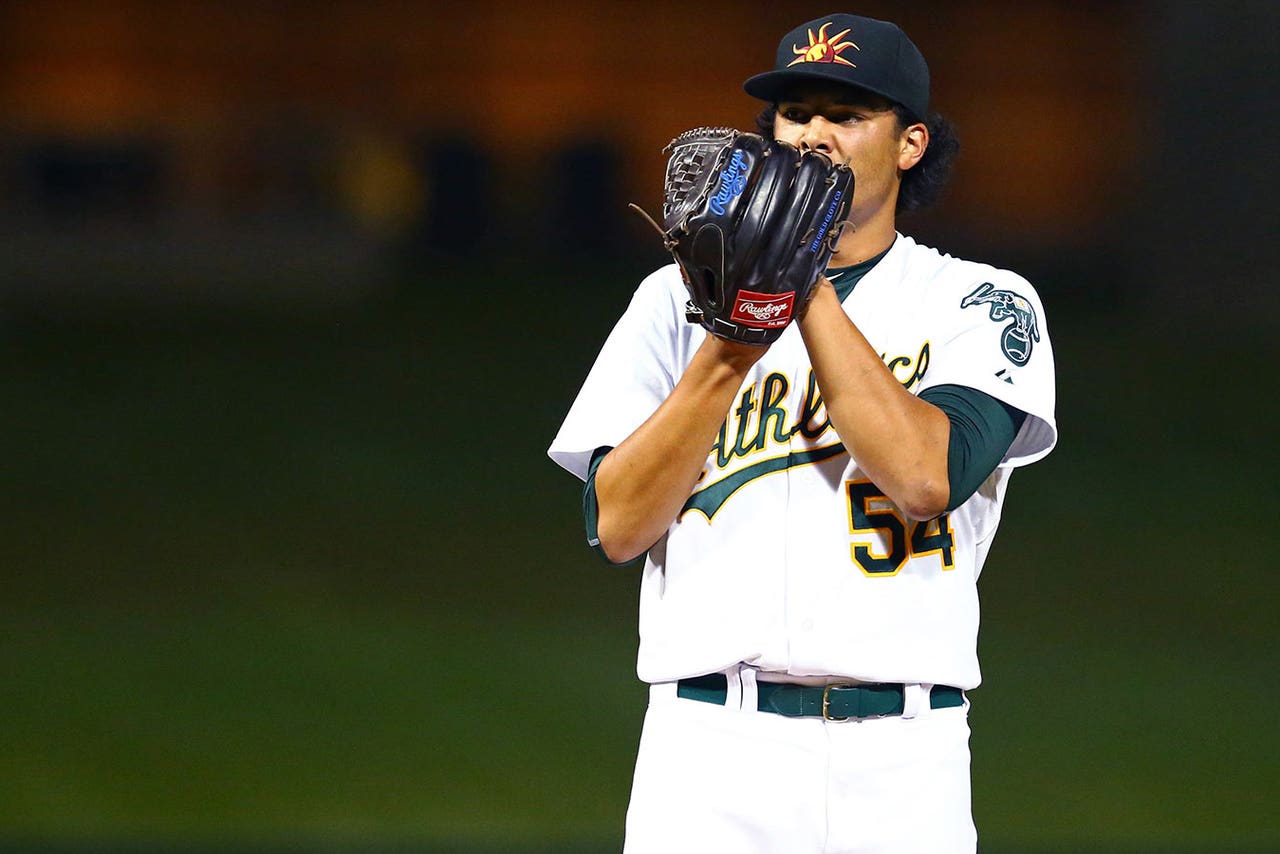 Recently, MLB.com released its list of the Top 100 prospects in the game.

Three members of the Oakland Athletics were included in that list, as the A's have accumulated a few especially promising young players thanks in part to their trades of Josh Donaldson and Ben Zobrist.

Infielder Franklin Barreto, picked up from the Toronto Blue Jays as part of the Donaldson trade, landed the No. 23 spot on the list. In 2015, Barreto began his A's career at Class-A Stockton, hitting .302/.333/.500.

He's still just 19 years old and MLB.com's Jane Lee says he'll probably begin the 2016 campaign with Double-A Midland. If he continues progressing at the level he did in 2015, he could raise his profile even further.

Speaking of 'raising a profile', lefty Sean Manaea, acquired in the Zobrist deal last summer, was placed at No. 68 on the list. He could very well have a chance to make the A's pitching staff with a strong spring training, though he could also be stashed with Triple-A Nashville for more seasoning if necessary.

However, he's left a strong impression with the organization already and sports some seriously intense hair, so keep an eye out for him.

He's been considered one of the A's top position player prospects for some time, and will open 2016 with Triple-A as he looks to be given a chance to finally break through at the big-league level.