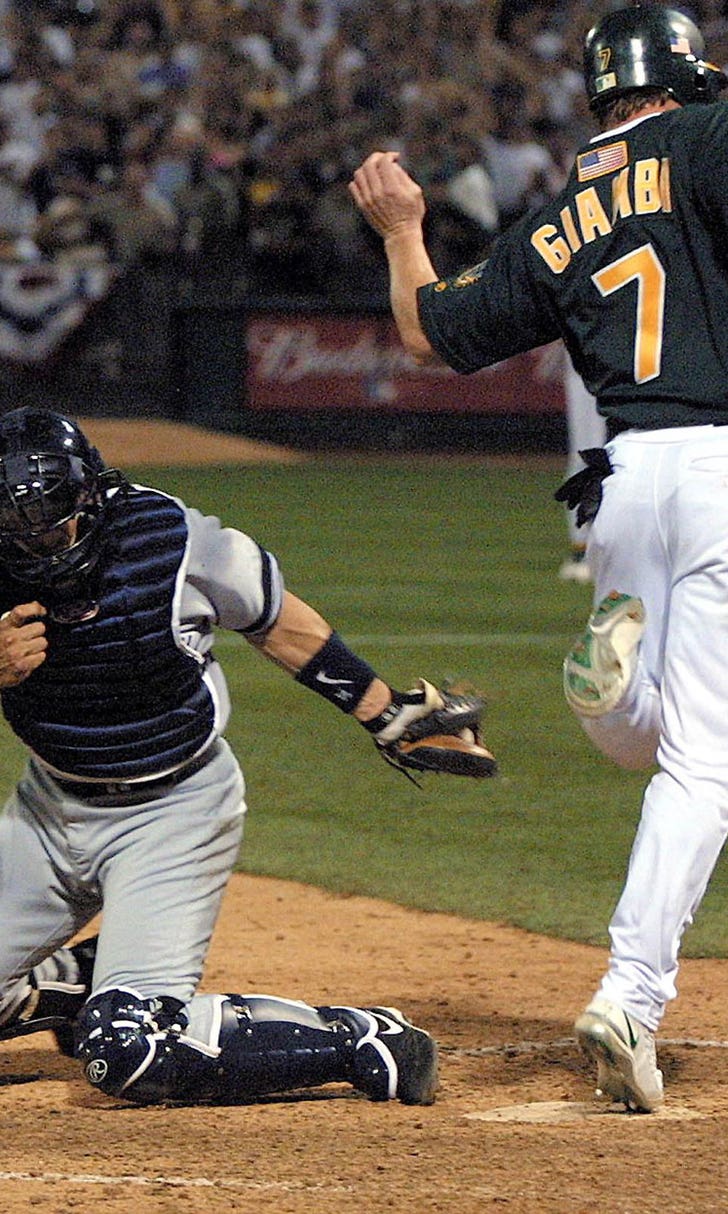 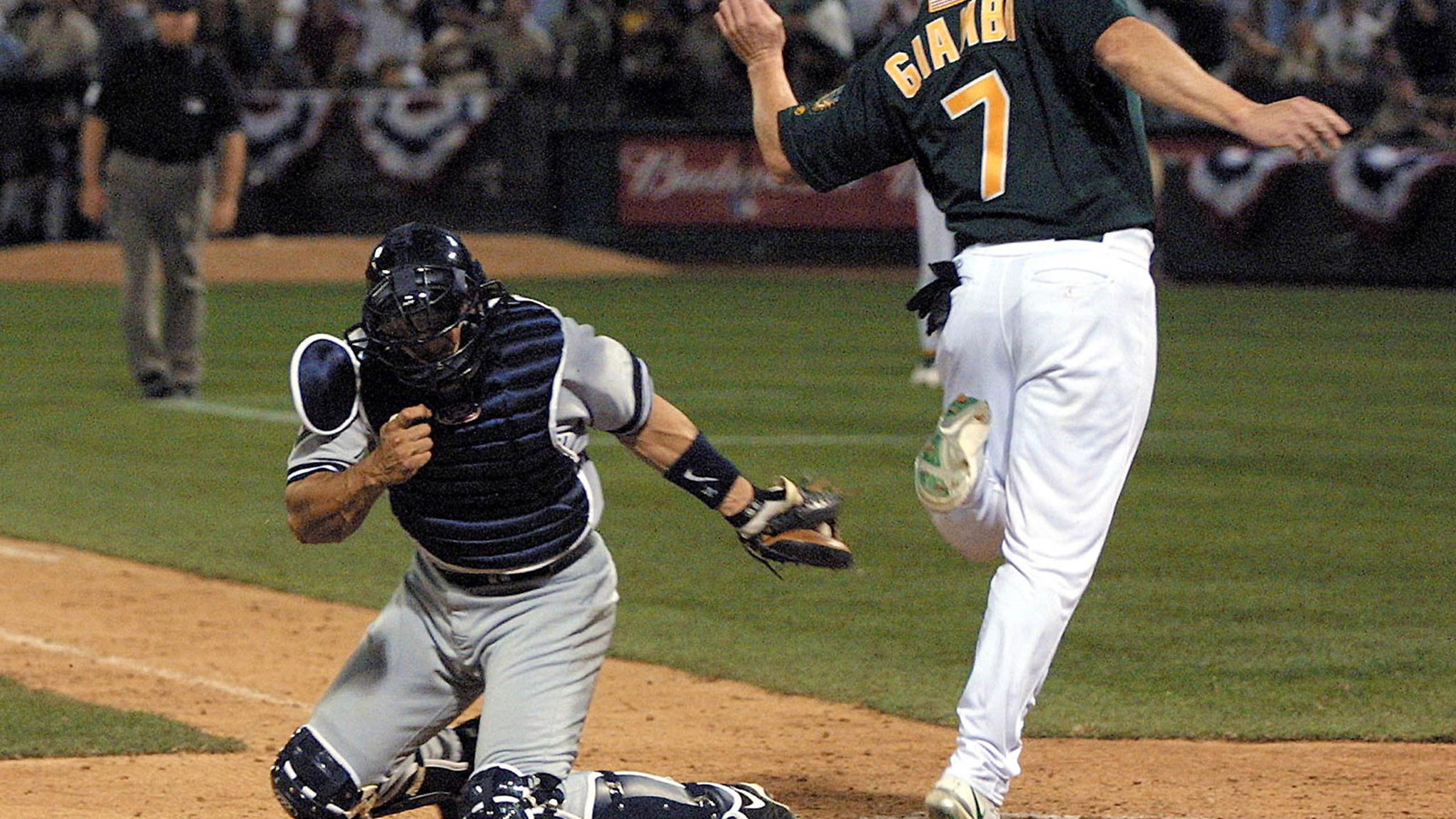 15 years ago today, Derek Jeter made 'one of the most unbelievable plays' ever 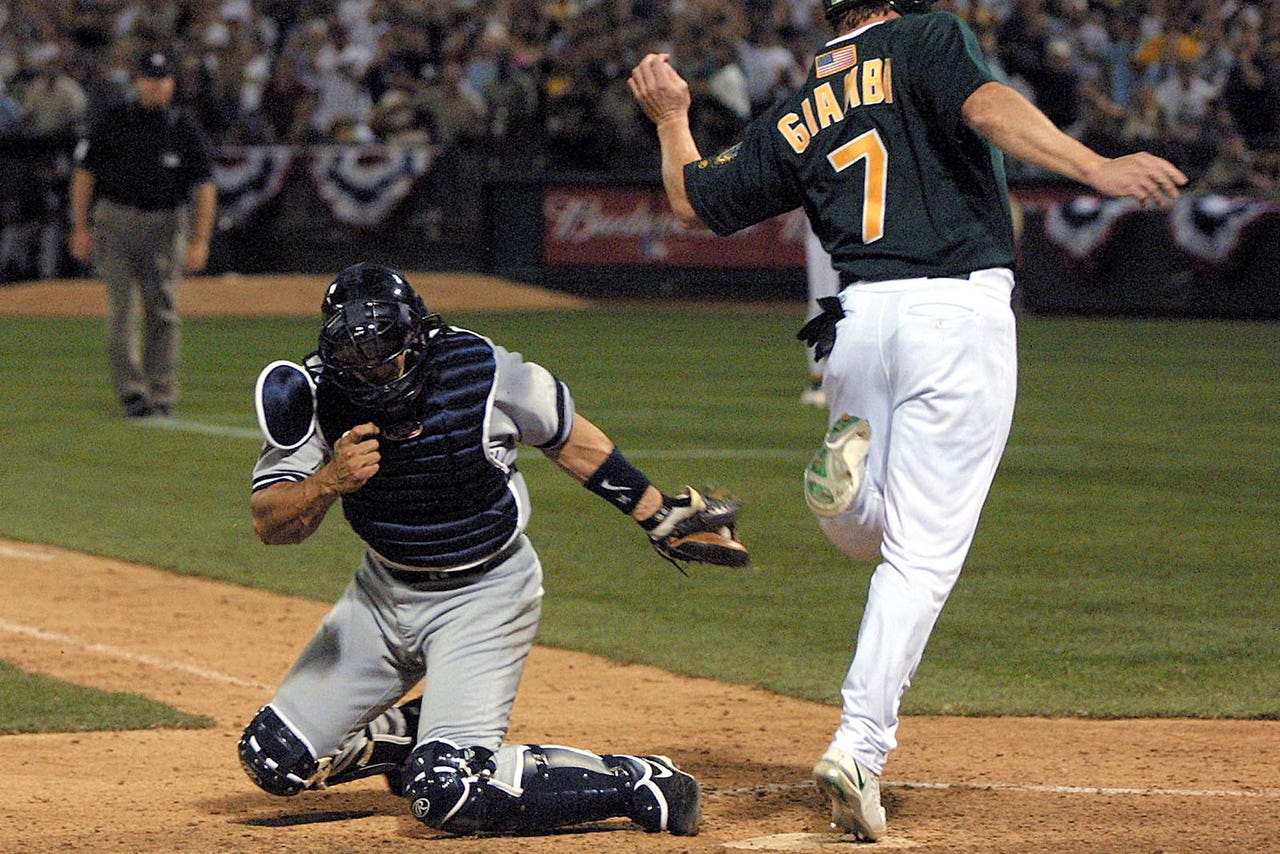 Derek Jeter had his share of iconic plays during his surefire Hall-of-Fame career with the New York Yankees.

One that stands heads and tails among the best was his flip to home plate in an American League Division Series game on Oct. 13, 2001, 15 years ago today.

The situation: Seventh inning, Game 3 of the series between the Oakland Athletics and the Yankees. New York led the game 1-0 Terrence Long drove a Mike Mussina pitch down the right-field line. Shane Spencer corralled the ball, but his throw back in missed everyone and bounced toward the plate. Jeremy Giambi was heading for home for the A's, and appeared certain to make it after the errant throw. Then this happened:

Jeter was in the right place at the right time, grabbing the ball and flipping it to catcher Jorge Posada, who tagged out a standing and stunned Giambi.

FOX's Thom Brennaman memorably called the flip as "one of the most unbelievable plays you will ever see by a shortstop."

"I didn't have time to turn around, set up and throw," Jeter said nonchalantly after the Yankees went on to win the game, 1-0. "Basically, I just got rid of it. If I tried to spin around, he would have been safe."

The play was enormous for the Yankees. The A's had won each of the first two games at Yankee Stadium and New York was facing elimination on the road. Giambi's run would've tied the game and changed the momentum. Instead, Jeter sucked the life out of Oakland's fans. The Yankees went on to win the game by that 1-0 score, then won Game 4 the next night going away. Back at Yankee Stadium for Game 5, they finished the job. New York then cruised through the ALCS only to eventually lose to the Arizona Diamondbacks in a classic seven-game World Series.

"I've seen it a lot. I was where I was supposed to be," Jeter said to MLB.com in a 2014 story. "I'm not supposed to throw it home, but that's where I'm supposed to be. I've never been one to sit down and sing my own praises. I'm happy it was at a big moment for us. Maybe years from now, but I've just never sat down and looked at it like that."

"That play, I remember seeing the ball down the line and there was no chance we could make an out at home," Alfonso Soriano, one of the two cutoff men Spencer missed, said to MLB.com. "I was the cutoff man with Tino, but the throw was too high. I saw Jeter running to the ball and I thought, 'Whoa, we've got a chance.' An unbelievable play."

The fact that the Yankees actually practiced the play came back to surprise one of the members of the '01 Athletics, Eric Chavez, who later became a Yankee.