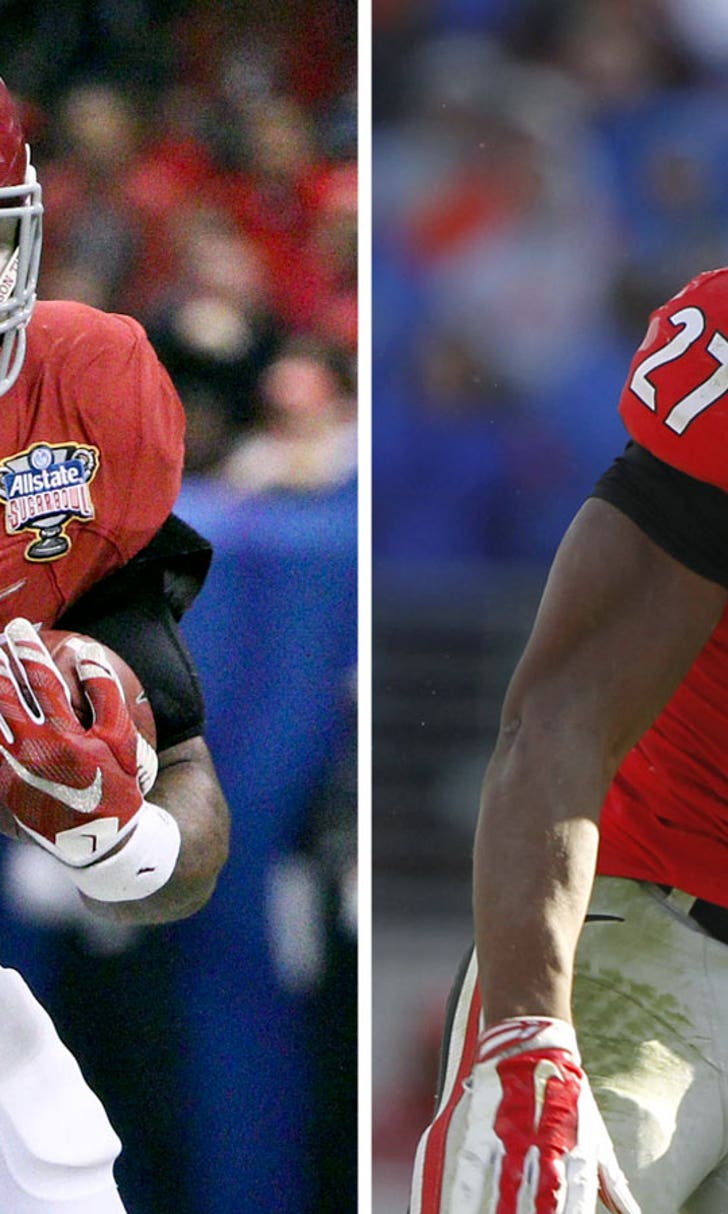 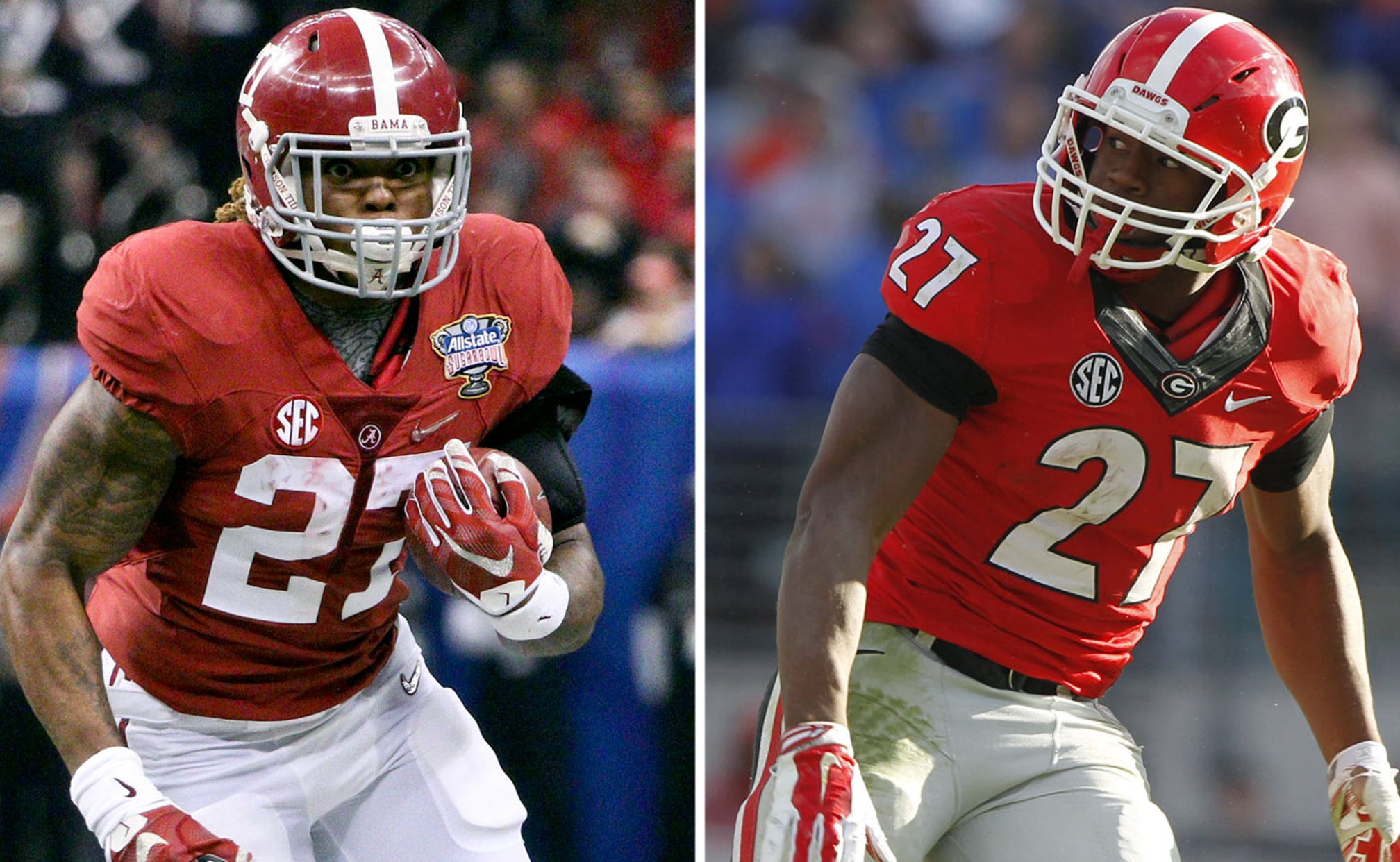 Will one of SEC's talented backs win the Heisman this year? 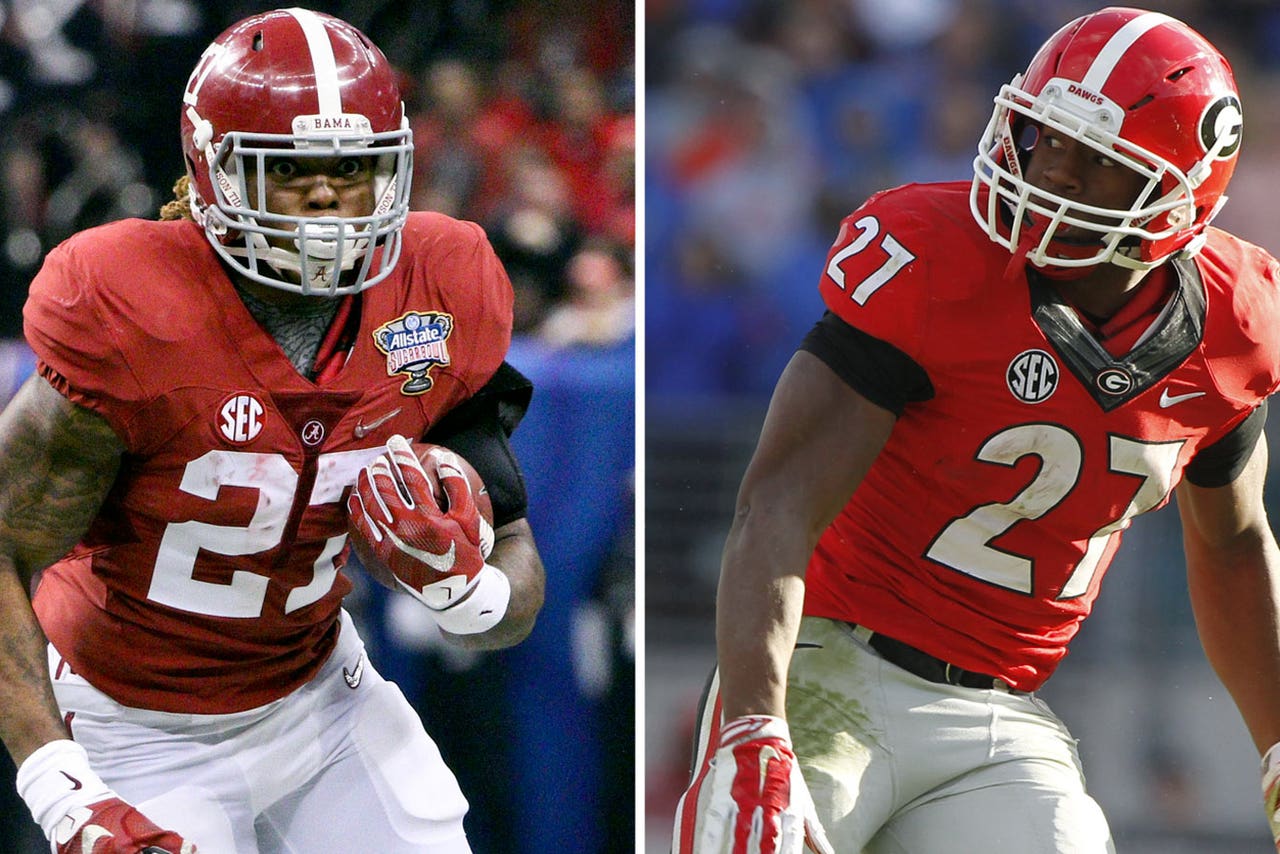 The Heisman Trophy has become, in general, a quarterback's award. Since 2000, a quarterback has taken home the trophy 13 times, while a running back has won only twice (and all other positions have been shut out entirely).

Those running back winners were USC's Reggie Bush (who has since vacated his award) in 2005, the year after teammate Matt Leinart won the Heisman, and Alabama's Mark Ingram in 2009, when there was no obvious quarterback candidate. So it takes the right combination of circumstances these days for a player who isn't a quarterback to capture the most prestigious individual trophy in sports.

Will this season offer those sorts of circumstances? It's hard to say for sure, but it's definitely a possibility, as pointed out by ESPN's Edward Aschoff and indicated by preseason Heisman betting lines. At betting site Bovada, Georgia's Nick Chubb (at 12-1), LSU's Leonard Fournette (also at 12-1) and Alabama's Derrick Henry (at 18-1) are all in the top 11 in terms of best odds.

All three are supremely talented -- Fournette in particular was the top overall recruit in the 2014 class, and Henry was a five-star recruit as well -- and had extremely impressive freshman seasons in 2014, with Chubb leading the group with 1,547 rushing yards and 14 touchdowns despite starting only eight games. Additionally, all three play for teams that should be in the national title conversation, which is all but a prerequisite to win the Heisman.

There are other potential candidates in the SEC, such as Tennessee standout Jalen Hurd, Arkansas co-starters Jonathan Williams and Alex Collins, and Auburn starting candidates Jovon Robinson and Roc Thomas.

But the three at the top, specifically, have the name recognition, highlight-reel ability and production potential to break the quarterback streak and put the stiff-arming trophy in what some would consider more appropriate hands.

"I definitely think he can (win the Heisman)," Georgia linebacker Jordan Jenkins told ESPN in regards to Chubb, his teammate. "Just watch some of the breakout runs he had last season. The kid's highlight film is ridiculous. If he keeps working and keeps grinding, like I know he will, that's a possibility for him."

It's definitely a possibility for the conference's talented group of runners; the only question is whether one of them puts it all together and has things fall the right way to not only be the first running back to win the award since 2009 but to return it to SEC country for the first time since 2012.