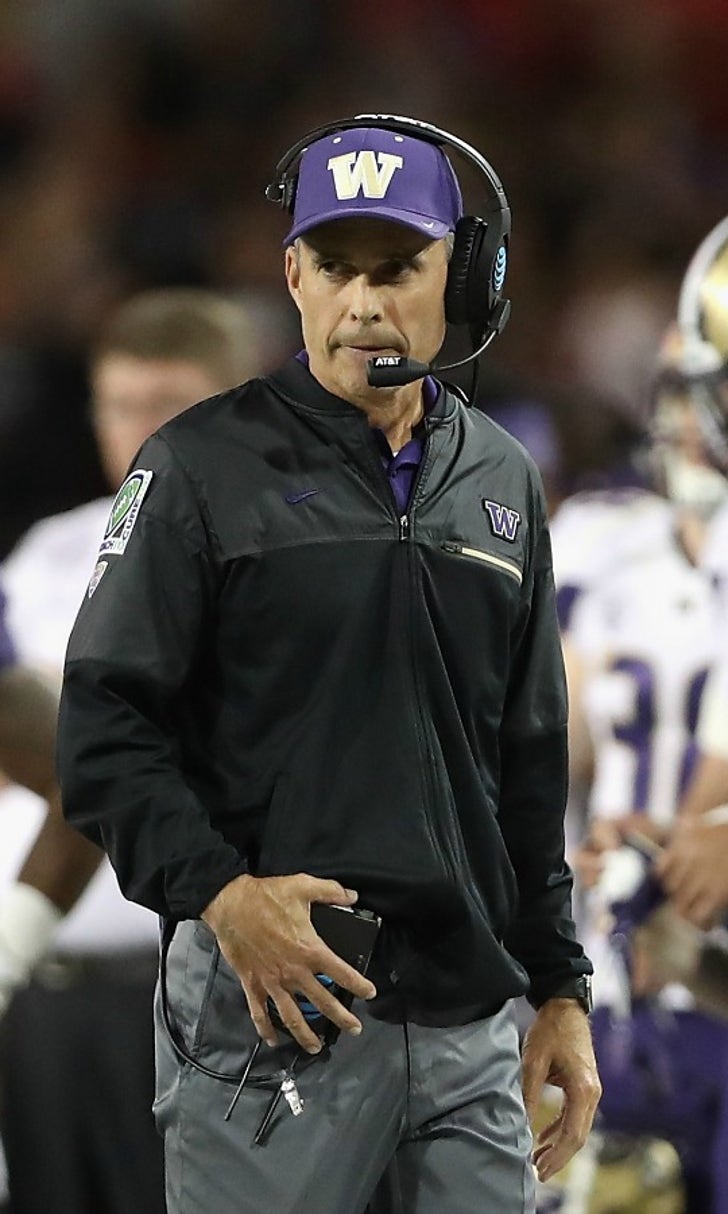 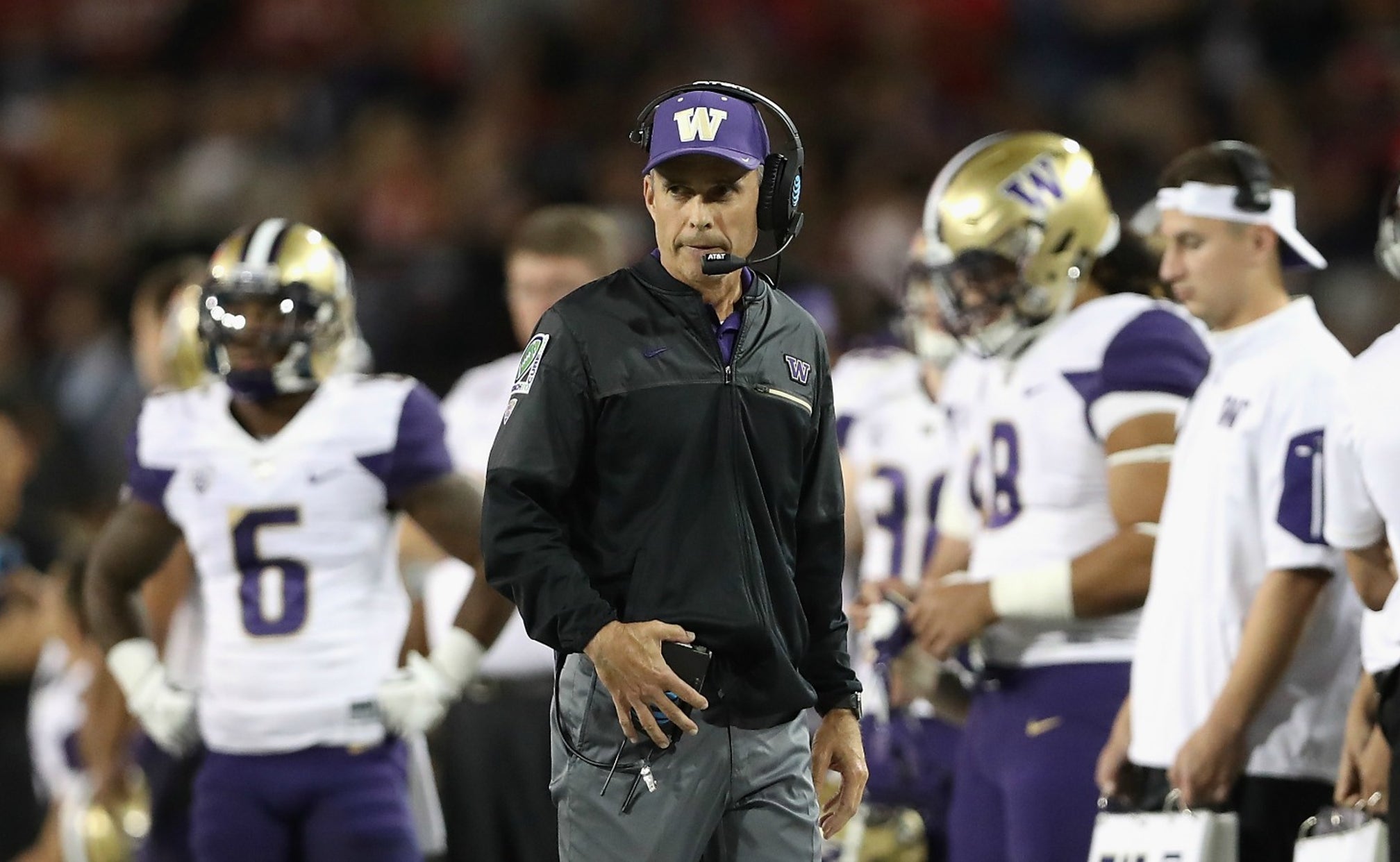 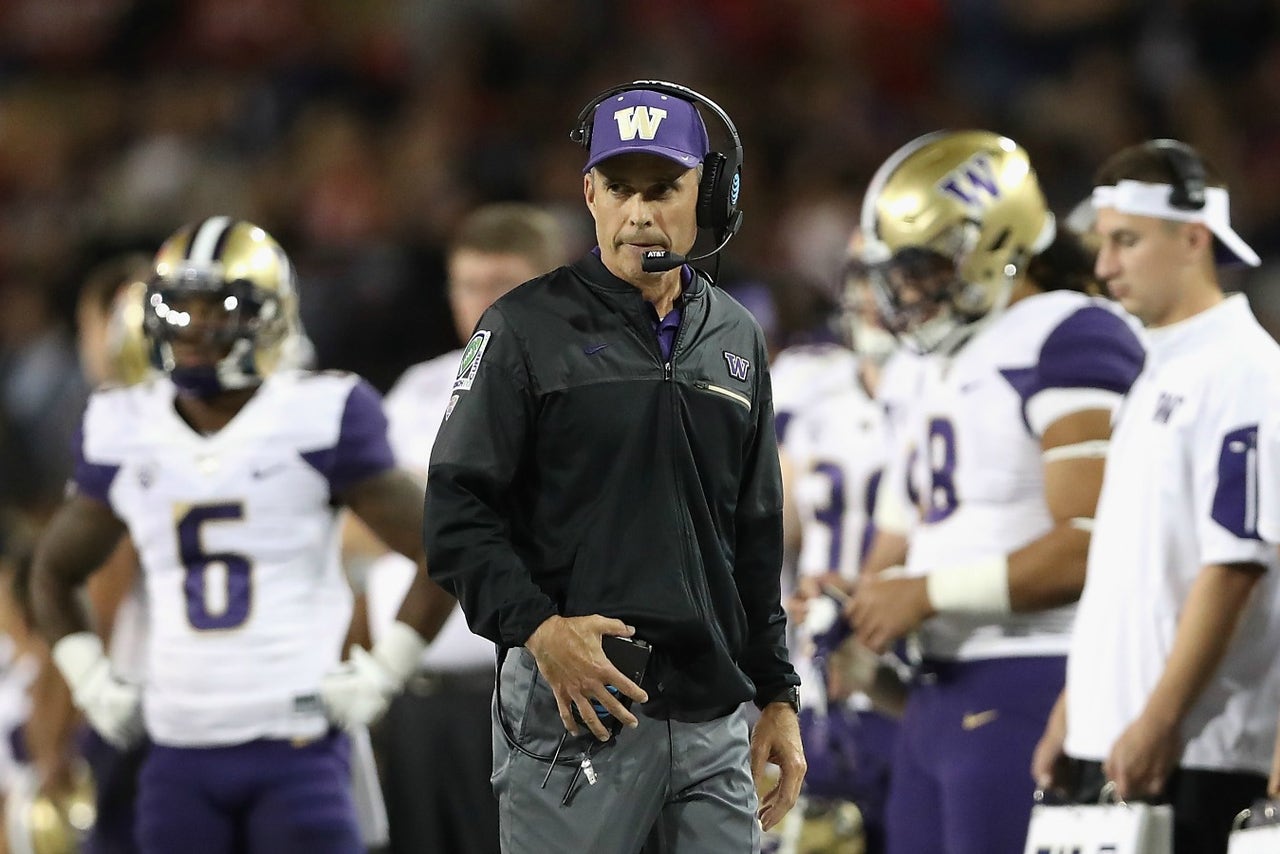 When the short list of "best college football coaches" gets thrown together every fall and spring, the same names always seem to end up at the top: Saban, Meyer, Harbaugh. If the author is feeling especially frisky, Dantonio or Patterson might be thrown into the mix as well.

Yet one name that has been conspicuously absent from the top of those lists the past couple years has been Chris Petersen, and that's a darn shame. After being under the radar for the past two and a half years at Washington, he proved again Friday night that there aren't too many coaches in college football better than him. If any at all.

On Friday, the Huskies didn't just beat No. 7 ranked Stanford, they dominated them in an emphatic 44-6 win at Husky Stadium. This game was a bloodbath. More important, it was a coaching clinic.

The Huskies began the game going right at Stanford's weakness -- its defensive secondary -- picking at it like a scab waiting for the skin to break. And once Washington got an early lead, it poured it on. The Huskies dominated the line of scrimmage. They were more physical. They made fewer mental mistakes. Other than made-up stats like "angry jogs back to the sideline with their heads down," Washington dominated every category there was to dominate. 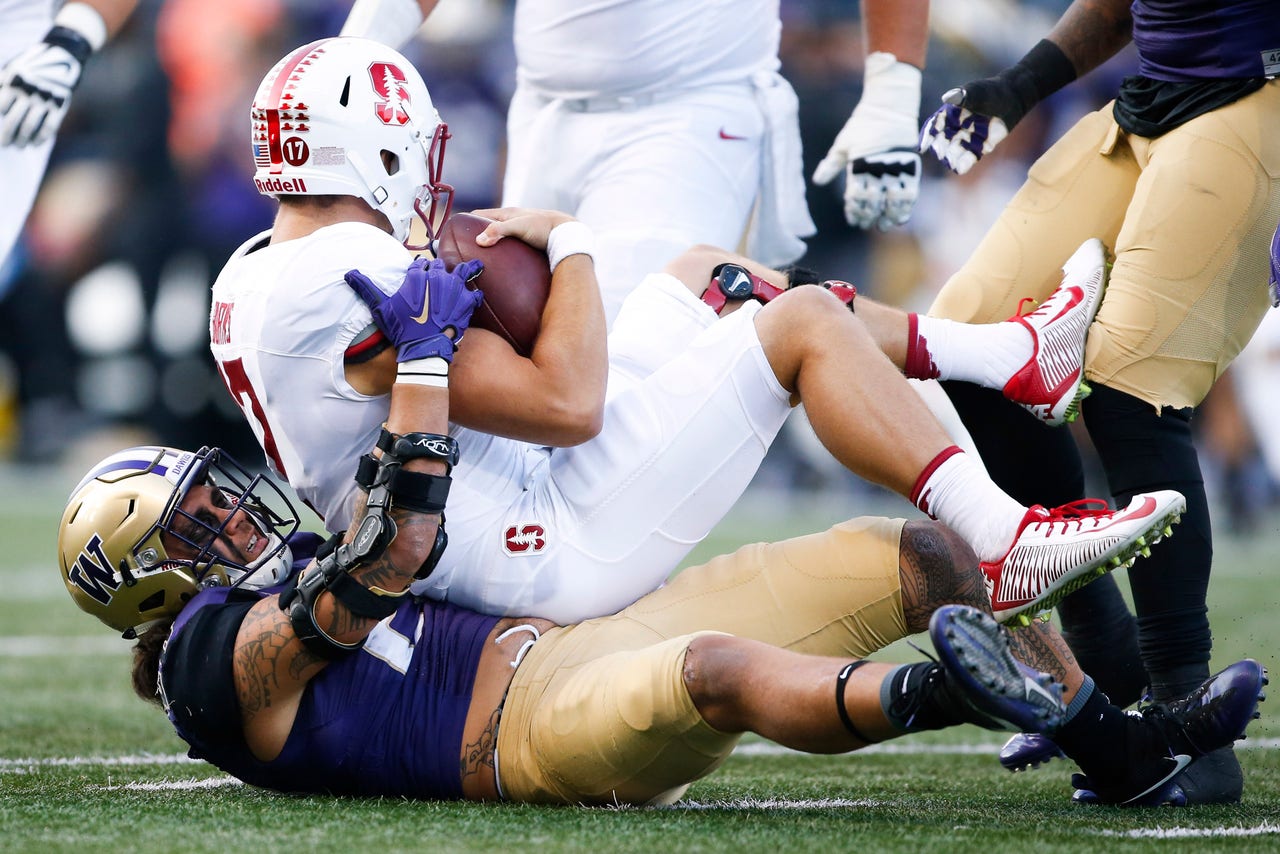 The Huskies were also the better prepared team, and it's thanks to Petersen. After following his career over a decade, however, this shouldn't have surprised any of us. Back in 2006, Petersen took over an already great Boise State team and brought it to unprecedented levels of success for a non-Power 5 school during his eight years in Idaho. And while we all assumed he would do the same at Washington, I don't think any of us could have imagined it would happen this fast.

Remember, it was just a little over 36 months ago that Petersen took over a perennial seven-win club from Steve Sarkisian. The talent level was good, but not elite (for example, Washington has signed zero five-star players since 2013 according to 24/7 Sports; USC has signed 11 over the same stretch), and Petersen was forced to kick off a few of his best players because of attitude issues (Marcus Peters). After Petersen lost a few more stars (Shaq Thompson, Danny Shelton) to the NFL Draft, it was assumed that it would take four or five years -- at best -- to get this program to the top of the Pac-12. At worst, the Huskies would remain in seven-win purgatory for even longer. 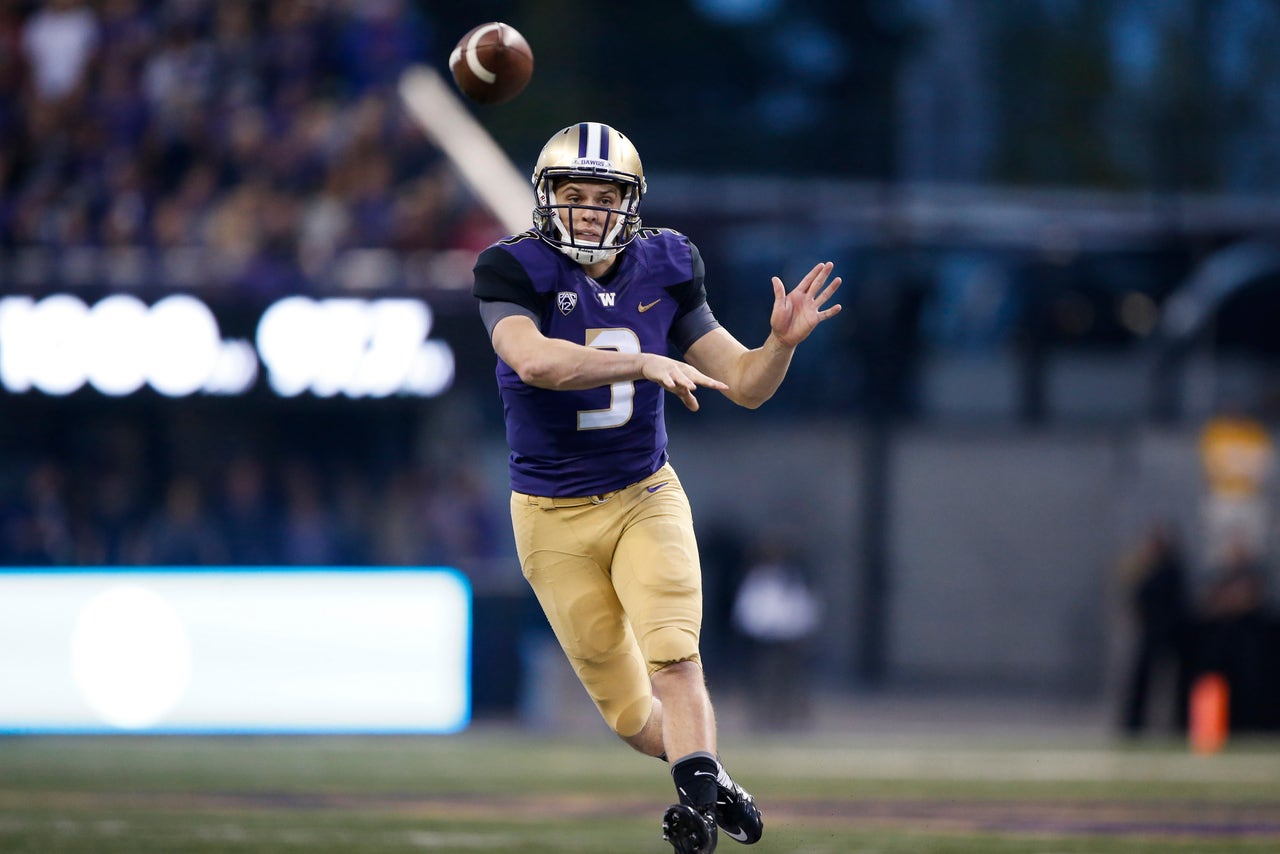 The Huskies picked up steam late last year with three wins in their final three games (by an average of 31 points) and took that momentum right into 2016, with five straight wins -- highlighted of course by Friday night's blowout. And they're doing it Petersen's way; gone are guys like Peters, and in are a bunch of no-nonsense guys who stay out of trouble and focus on football. Myles Gaskin (18 carries, 100 yards rushing Friday) and Dante Pettis (four catches, 60 yards, one touchdown) were both three-star guys who were overlooked by some of the bigger programs in the Pac-12. At Washington they're what Petersen dubs "OKG's" a pseudonym for "Our Kinda Guys." And the Huskies have a roster full of them right now.

With the win, the question now becomes "what's next" for the Huskies. Some think Washington is a national championship contender (including my colleagues), and I don't disagree. Not only is Washington talented and hungry, but the schedule seems manageable in a watered-down Pac-12.

Whether the Huskies get there, only time will tell. But when it comes to the question of whether Washington is "back," the answer is an unequivocal "yes."

And they're back because of Chris Petersen, the coach who is as good as anyone in college football.

Even if we forgot it until Friday night.