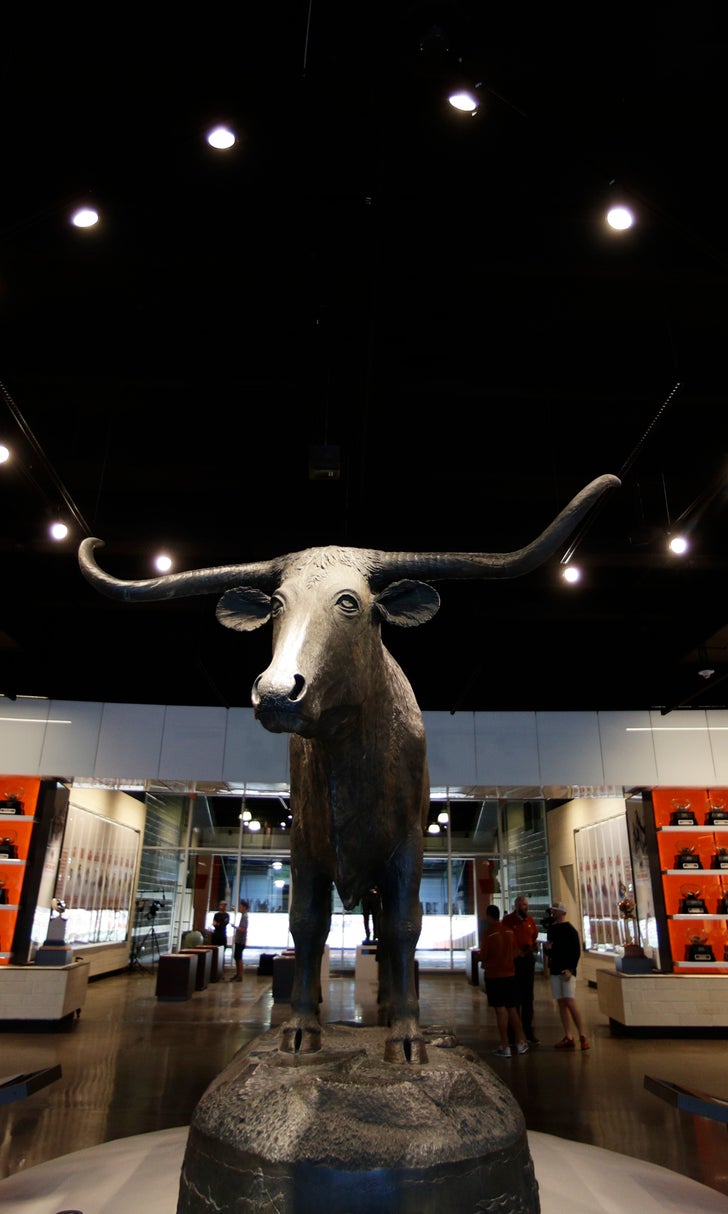 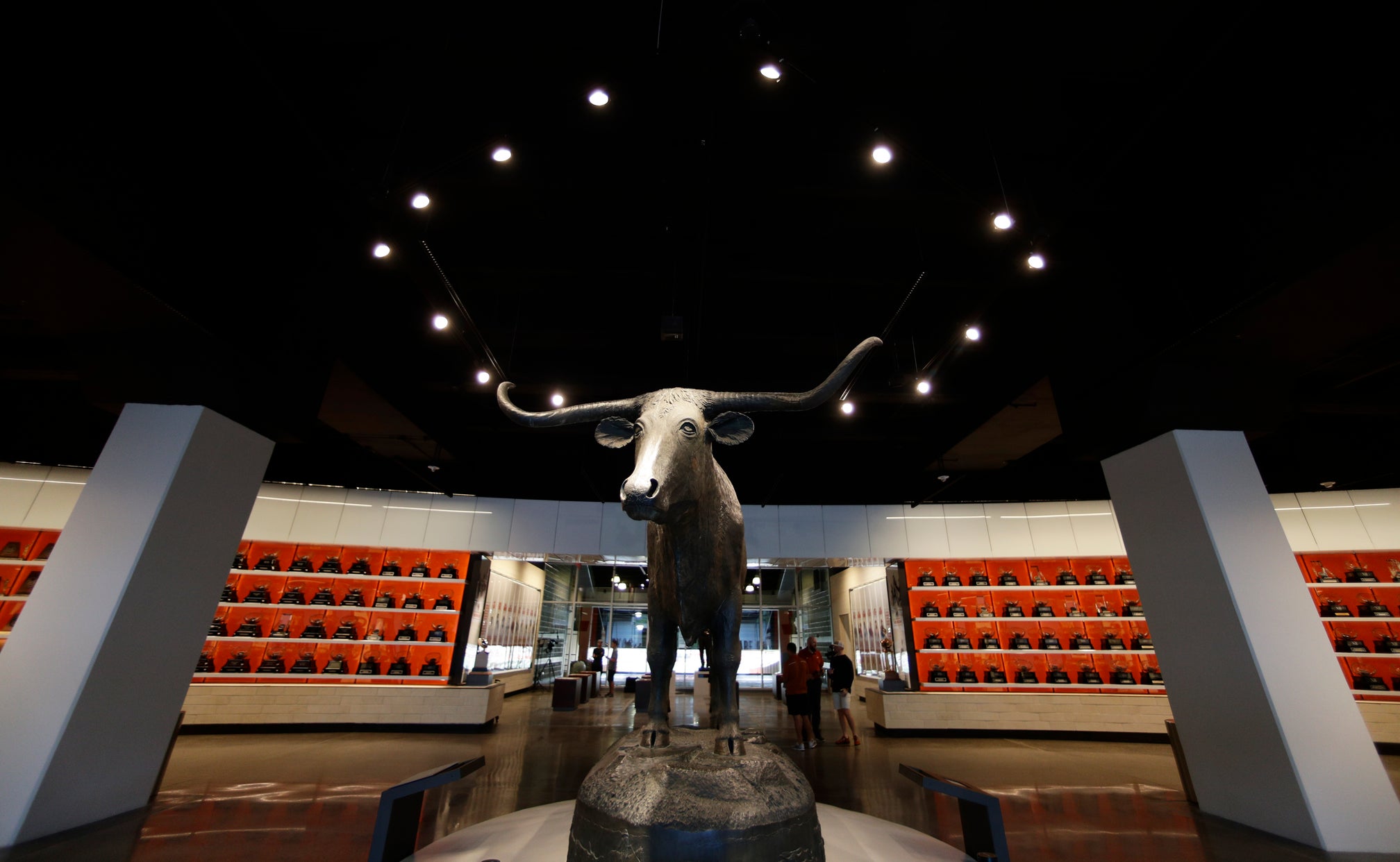 AUSTIN, Texas (AP) — Texas has long paid tribute to its greatest athletes and coaches by placing their names in its hallowed Hall of Honor. Now it finally has a physical Hall of Fame to help Longhorns fans celebrate them.

The school unveiled the new Frank Denius Family University of Texas Athletics Hall of Fame on Friday to highlight the past and present of a program that was won 55 national championships, hundreds more conference titles and produced nearly 200 Olympians.

"So much of our history was scattered throughout campus and in our various sports venues," athletic director Chris Del Conte said. "We now have all of our traditions, trophies, awards and accomplishment housed in one place. It's truly awesome."

The nearly 25,000-square foot facility is in the Royal-Memorial football stadium and cost about $17 million. The entry is dominated by an 8-foot tall, 1,200-pound statue honoring the school's longhorn mascot. Statues of Heisman Trophy winners Earl Campbell and Ricky Williams that used to be outside the stadium have been moved indoors.

Exhibits showcase the school's first football team in 1893, Julius Whittier, who was the Longhorns' first African-American football letterman, and other trailblazers such as former women's basketball coach Jody Conradt, who won 900 career games and coached the NCAA's first undefeated national champion in 1985-86.

On display are nearly 400 team championship trophies and individual awards across all sports. And the space is designed with digital interactive elements for visiting fans, allowing them to scroll through years of highlights, or read biographies of athletes and coaches with simple bar code scan on their smartphone.

"We're inspired by the stories of the heroes," said John Roberson, chief executive officer of Advent, the company that designed the space. "What makes this unique is this it's authentically Texas. It's true to the Texas brand."

Its location inside a stadium that will be packed with nearly 100,000 fans on home game weekends makes it a "people's hall of fame," Roberson said.

Texas has enshrined 529 members in its Hall of Honor and the 2019 class was to be inducted Friday night. The new group includes former football All-Americans and NFL players Derrick Johnson and Brian Orakpo, and Nancy (Hager) Hale, a former Longhorns golfer who was the first woman to receive an athletic scholarship to Texas.

"When I came here, I wanted to be great," Orakpo said. "I wanted to be one of the greats to wear burnt orange. But I never imagined something like this ... Now we have a place to showcase everyone's accomplishments. I'm so happy to be part of this history."

Ohio State's Championship Conundrum
The Buckeyes could miss the Big Ten title game through no fault of their own. Urban Meyer offers one thing to keep in mind.
16 hours ago