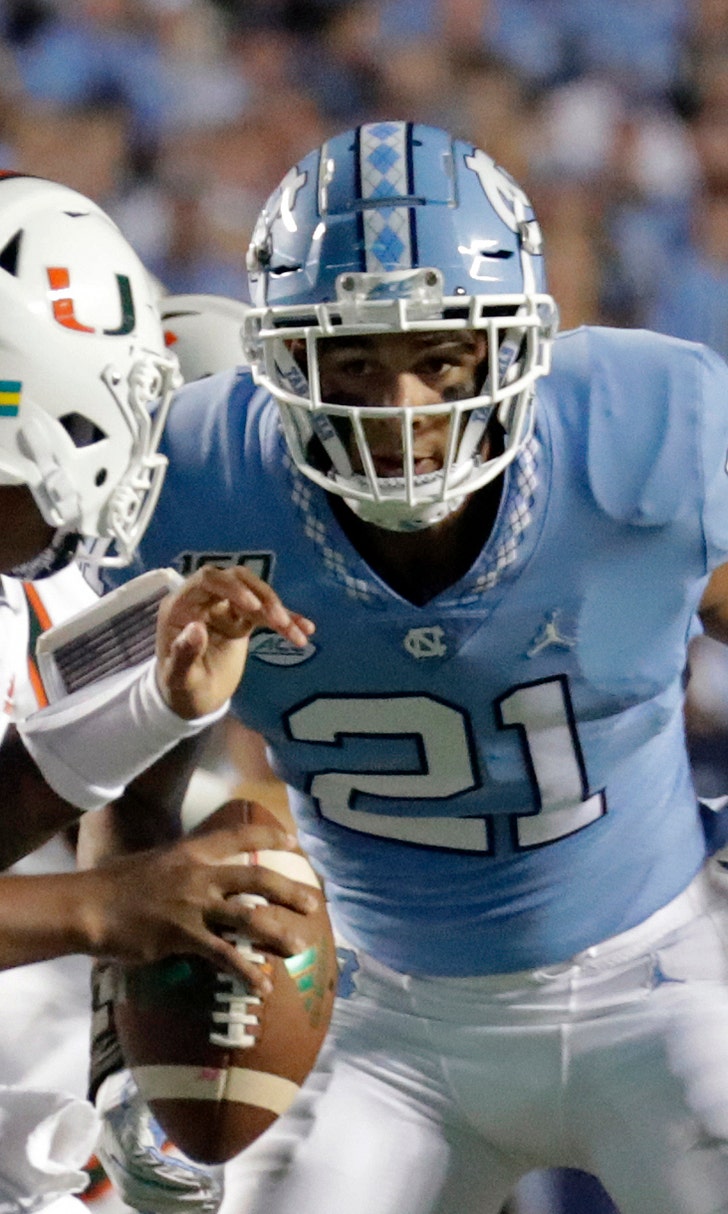 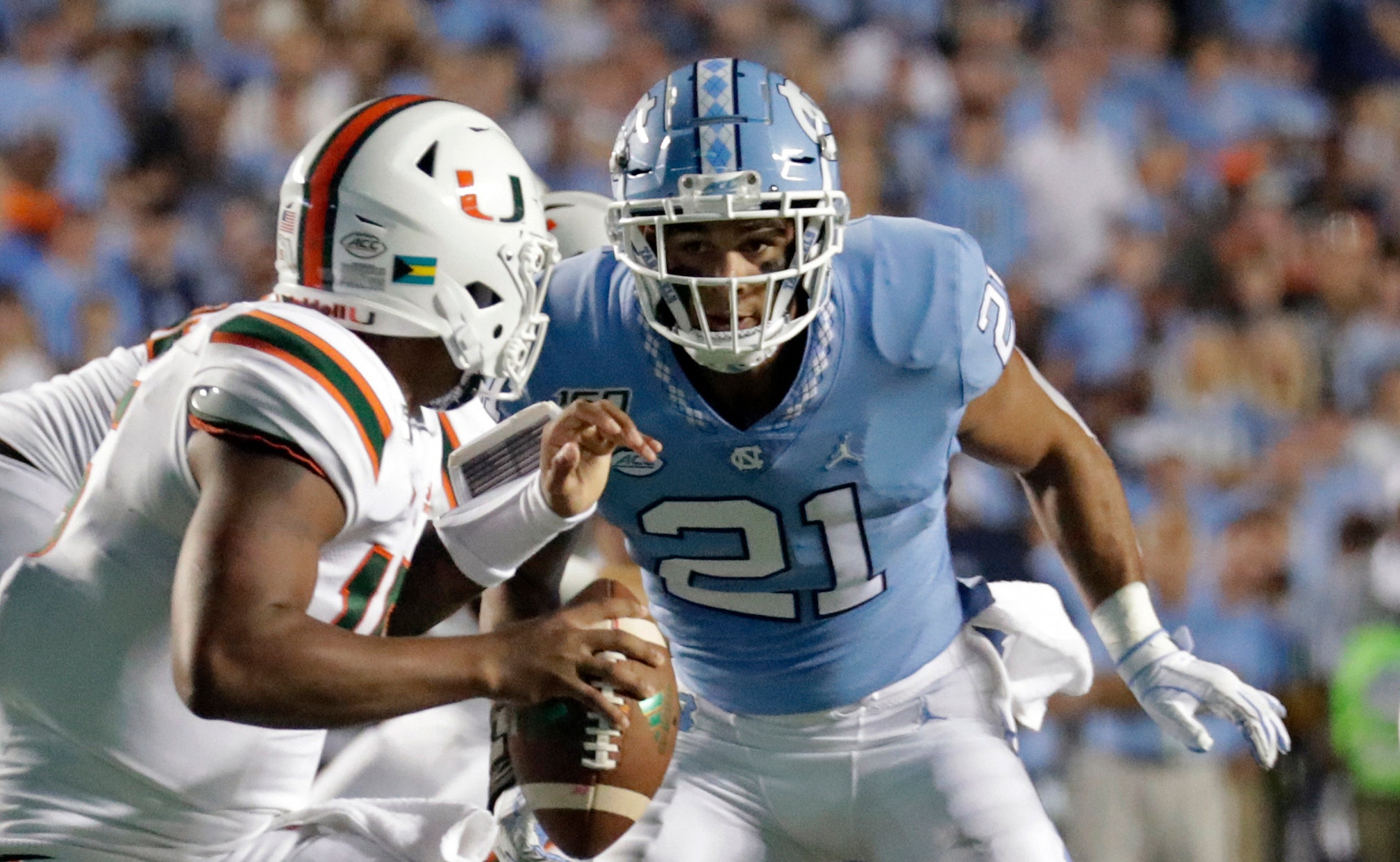 At some point Friday night, the Wake Forest receiver will set up for the snap and sneak a peek across the line of scrimmage to locate a certain linebacker eager to make a big hit: his brother, North Carolina's Chazz Surratt.

It will be the first time the former touted instate recruits meet on opposite teams. And that's added some sibling rivalry to an unusual nonconference game between Atlantic Coast Conference programs, not to mention an extra bit of stress for their mother at the likelihood the two will meet in a collision somewhere on the field.

"I think he's excited for the chance to hit me," Sage Surratt said Tuesday. "That's the competitive person he is, regardless of who's out there. I think it's going to give him a little more juice when I'm out there. It'll be fun, catching the ball or something and trying to make him miss. I like that idea."

It's a meeting the entire Surratt family knew was coming for several years after the brothers opted for different schools, though originally it seemed one would be on the sideline when the other was on the field considering Chazz arrived in Chapel Hill as a four-star quarterback.

But Mack Brown's return for a second stint as UNC's coach launched an offseason overhaul, which ultimately included Chazz moving to linebacker in the spring and changing the family dynamic running through Friday's meeting of 2-0 teams.

Chazz, a redshirt junior, thrived in his first game at linebacker with 12 tackles, a sack, a pass breakup and a pressure in the season-opening win against South Carolina, followed by five tackles in last weekend's win against Miami. Now he's part of a rotation charged with stopping an attack that features his brother, a redshirt sophomore who ranks as one of the ACC's leading receivers with 13 catches for 203 yards and two scores.

And yes, there has been a bit of trash talk between them.

"I'm going to try to lay him out if I can," Chazz said with a smile. "My teammates have been asking me if I'm going to hit him or if I'm going to go hard or not. ... I think the first time I see him out there, I'll probably smile just because he's going to be like 10 yards away from me in the boundary. But once we get into the game, I think both of our competitiveness will take over and we'll be just trying to win and play hard."

That sentiment — well, the first part anyway — makes their mother, Brandi, a bit nervous. She said she had even told Chazz on a FaceTime call to "tone down the joy and excitement in your face about hitting your brother" after reading a recent article referencing his comments about tackling his younger brother.

She also knows that the loser of Friday's game won't hear the end of it anytime soon, either.

Both said they had their share of tough one-on-one basketball matchups, but they have never competed against each other in organized sports. Rather, they were teammates growing up, most notably when Chazz was the quarterback connecting with Sage as his top receiver at East Lincoln High School in Denver, roughly 30 miles north of Charlotte.

Brandi Surratt said roughly 30 family members and friends are planning to attend Friday night's game and split up their seats, some in the Wake Forest home section and others in the UNC visiting section. The plan, she said, is for everyone to wear something representing both schools.

And considering the teams won't meet again until 2021, this looks likely to be a one-time-only family get-together.

"I don't know that this chance will ever come up again," Sage said. "I think it'll be fun to see."