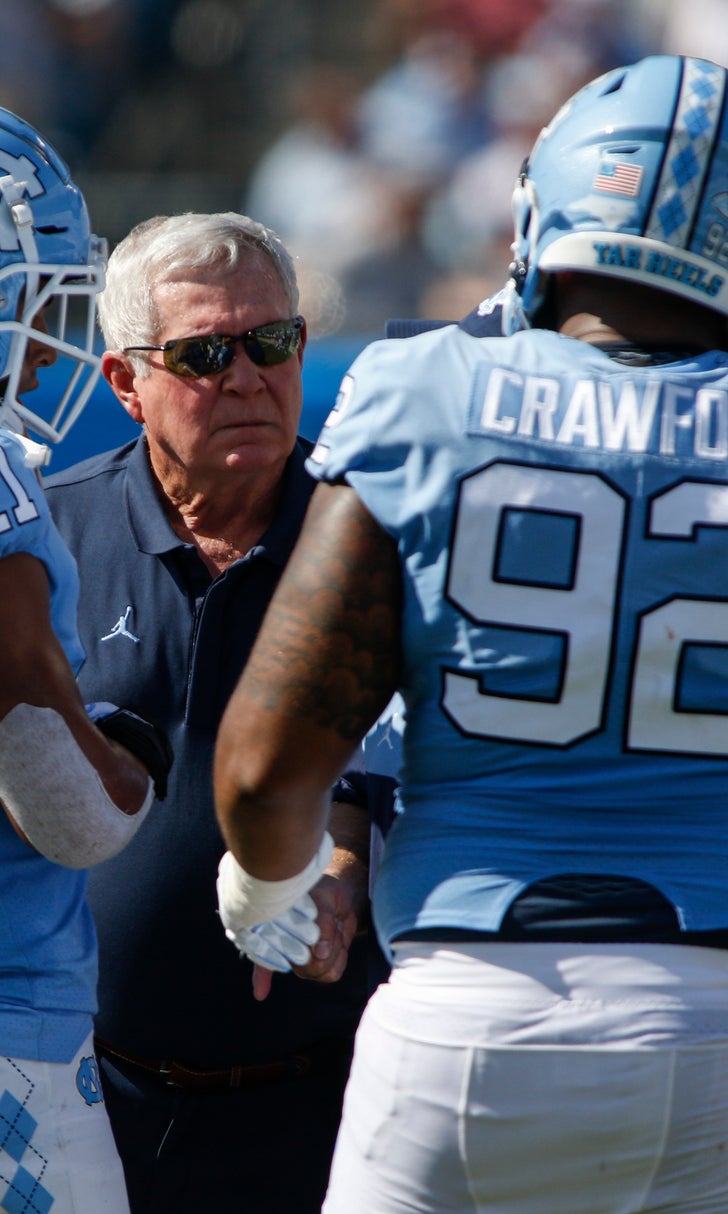 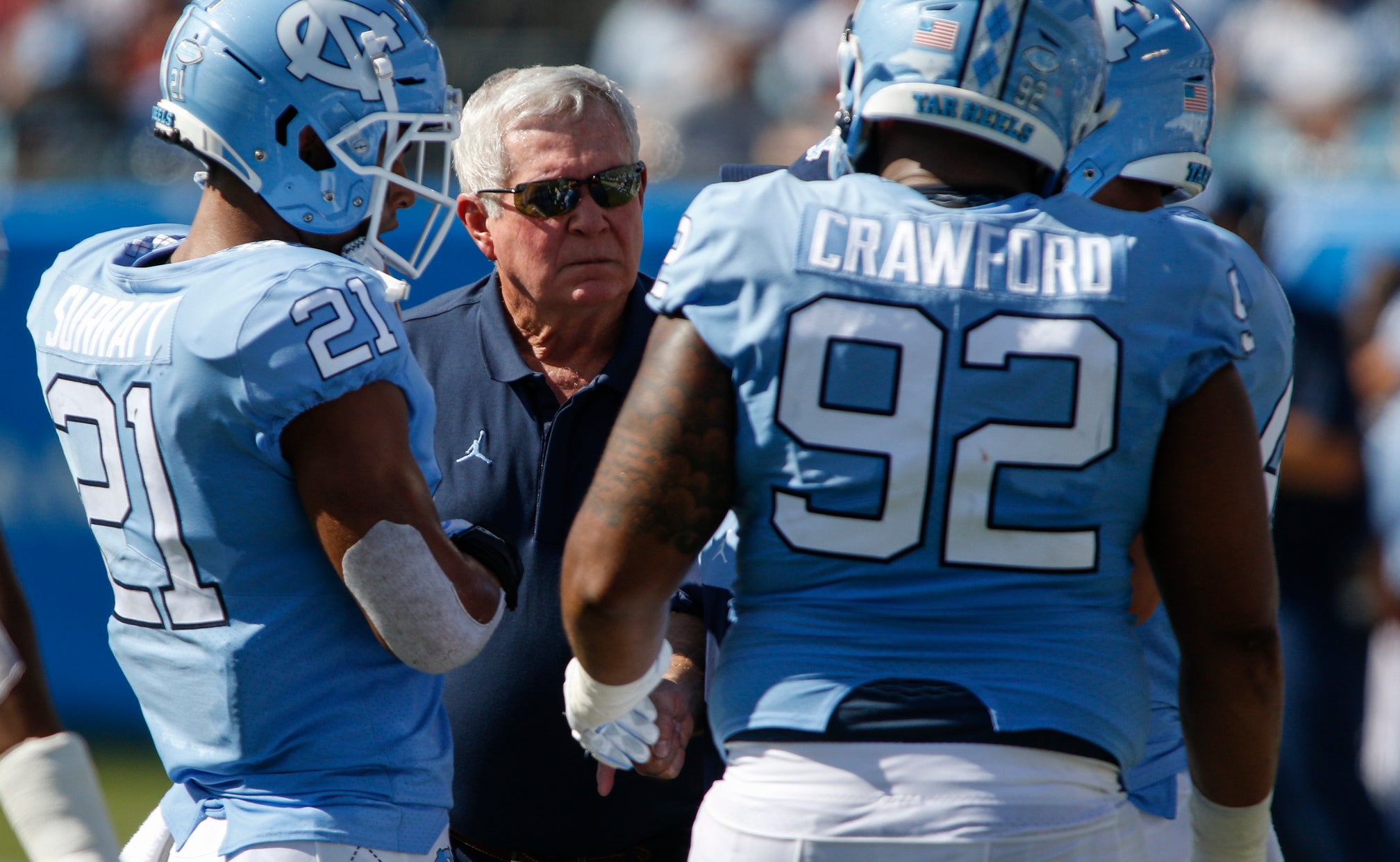 CHAPEL HILL, N.C. (AP) — The mistakes piled up for North Carolina and Miami in their season openers, from droves of penalties for both teams to the Hurricanes' porous pass protection that left their quarterback constantly on the turf.

Saturday night's matchup will reveal how well either team did in fixing those concerns in a key early matchup in their Atlantic Coast Conference's Coastal Division race.

The Tar Heels got the confidence-boosting win they desperately needed against South Carolina in Mack Brown's return to the sideline. Yet they committed 10 penalties for 90 yards, leaving Brown to say the Tar Heels were fortunate to win.

"We've worked on it so hard, every day we've had ACC officials at every practice," Brown said. "And still we had too many. So we've got to go back and start over in that area and continue to talk about it and preach."

The Hurricanes were even worse in their loss to No. 11 Florida on Aug. 24. They committed 14 penalties for 118 yards, with those 14 penalties tied with No. 19 Michigan State for the most in the Bowl Subdivision ranks. On top of that, Miami surrendered 10 sacks — the highest total in the FBS ranks and at least four more than any other team — of redshirt freshman Jarren Williams with a line featuring three new starters.

"We have to push back from the idea of 'Let's just say this was a problem,'" Diaz said. "Because again, there's not a position group, there's not anybody who had a 'U' on your chest — coaches and players alike — that doesn't have a chance to improve from our performance in Orlando."

Some other things to know about Saturday's Miami-UNC game:

The Hurricanes are trying to avoid the program's first 0-2 start since falling to Colorado and Florida State in 1978. The Tar Heels are seeking their first 2-0 start since beating Liberty and San Diego State in 2014.

Brown will coach the Tar Heels in Kenan Stadium for the first time since a 50-14 win against rival Duke in November 1997, when he was wrapping up a decade-long tenure here before departing for Texas. Brown returned to Kenan in September 2002 to lead the Longhorns past the Tar Heels 52-21.

There's a clear emphasis for his second start: avoid taking so many hits.

Javonte Williams (102 yards), Michael Carter (77) and Antonio Williams (53) lived up to their status as the Tar Heels' best position group by running for 238 yards against the Gamecocks.

The Hurricanes know they have to stop the run after going 1-6 last season when allowing at least 140 yards on the ground. The win came against UNC, which ran for 215 yards.

"They really like their backs so they're going to do everything they can to keep the ball in their playmakers' hands," Miami senior linebacker Shaq Quarterman said.

This is the second straight week for Brown to face a former assistant.

Diaz spent the 2011 and 2012 seasons at Texas but Brown fired him as defensive coordinator after the Longhorns gave up 550 yards rushing to BYU in September 2013.

"We weren't as good and I had three older coaches in there and things weren't working," Brown said of the 2013 move. "So I could've fired all of them, very honestly. We weren't playing good defense. So it wasn't him, it was just the timing, and he understood that.

"Manny's a professional and he's really good, and we've moved way beyond that."

Diaz said they had encountered each other numerous times since, including during Brown's stint in broadcasting over the previous five seasons.

"He had our Duke game a year ago and I've seen him at the (ACC meetings) and all of those types of things," Diaz said. "We have spoken through text messages and all types of stuff."