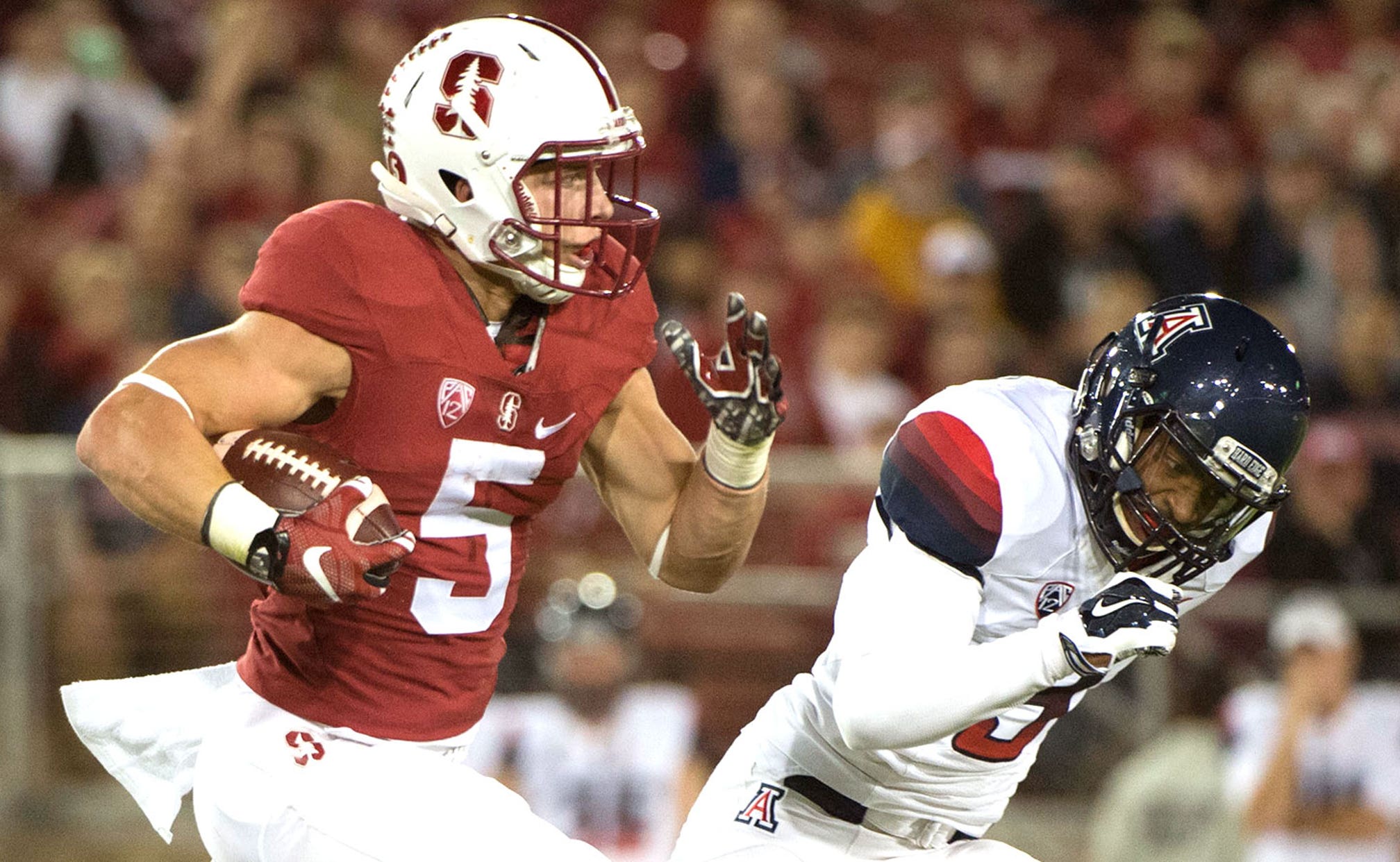 Stanford running back Christian McCaffrey has been named a finalist for the Heisman Trophy.

McCaffrey was surrounded by teammates and was absolutely mobbed after his name was announced.

"When I heard my name, it was an extremely gratifying moment," said McCaffrey. "A pretty special moment for me."

The moment you find out you're a #Heisman finalist. #WildCaff https://t.co/CNZwxYJ2VE

The other finalists for the Heisman Trophy are Alabama RB Derrick Henry and Clemson QB Deshaun Watson.

'Coach Prime' Joins Big Noon Kickoff
Deion Sanders, Ed Orgeron and David Shaw all shed light on their programs with our Big Noon Kickoff Crew on Saturday.
4 days ago
those were the latest stories
Want to see more?
View All Stories
Fox Sports™ and © 2020 Fox Media LLC and Fox Sports Interactive Media, LLC. All rights reserved. Use of this website (including any and all parts and components) constitutes your acceptance of these Terms of Use and Updated Privacy Policy. Advertising Choices. Do Not Sell my Personal Info