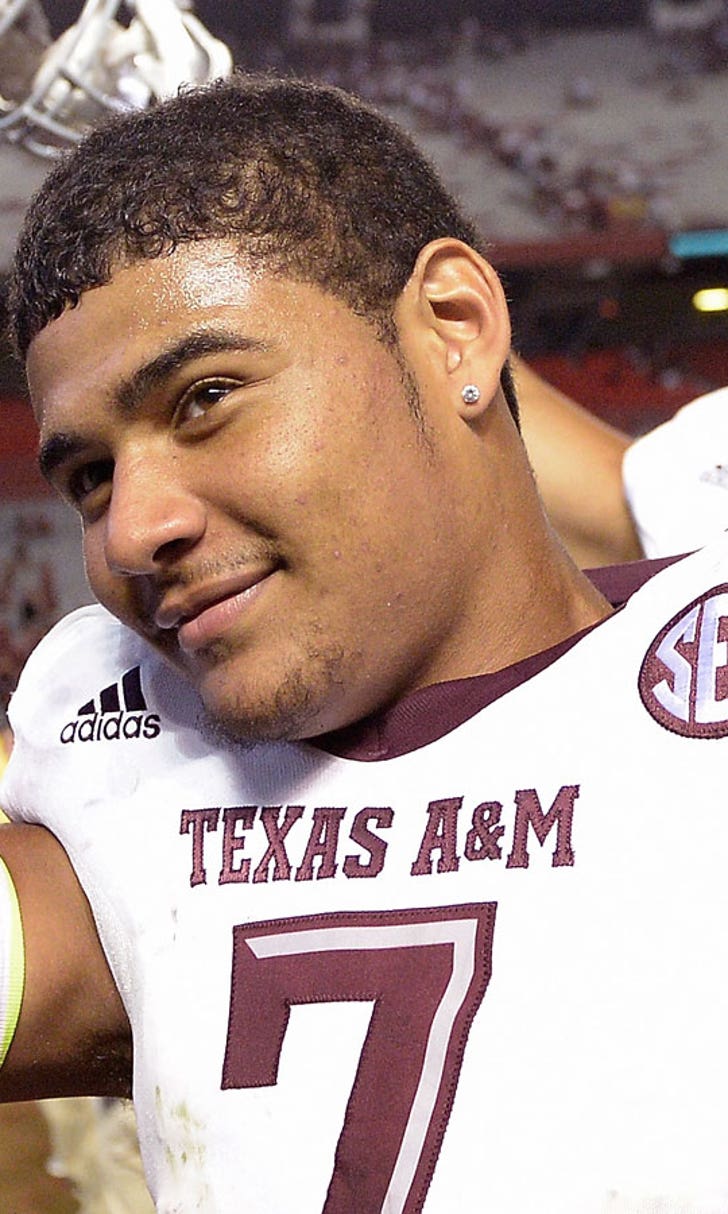 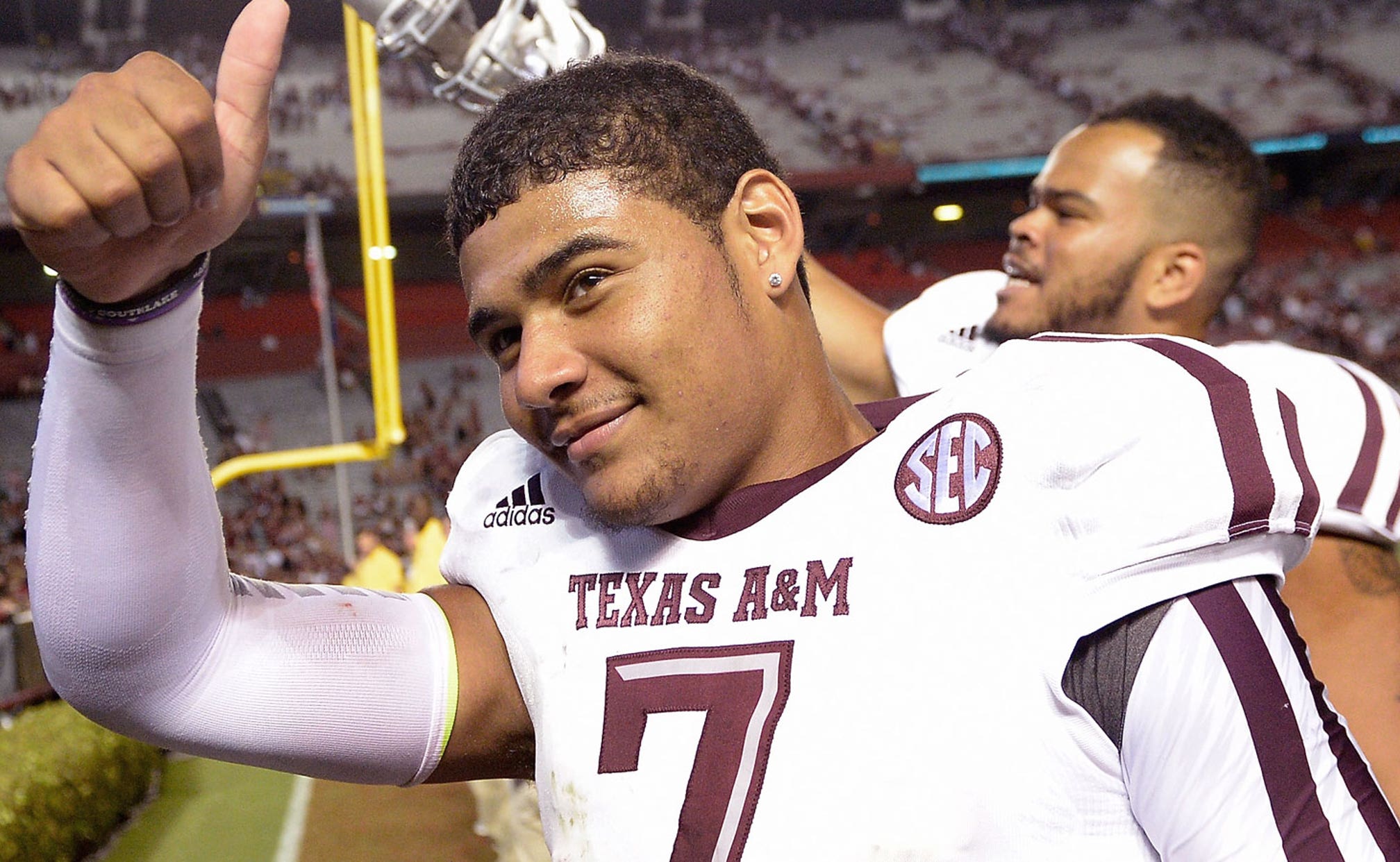 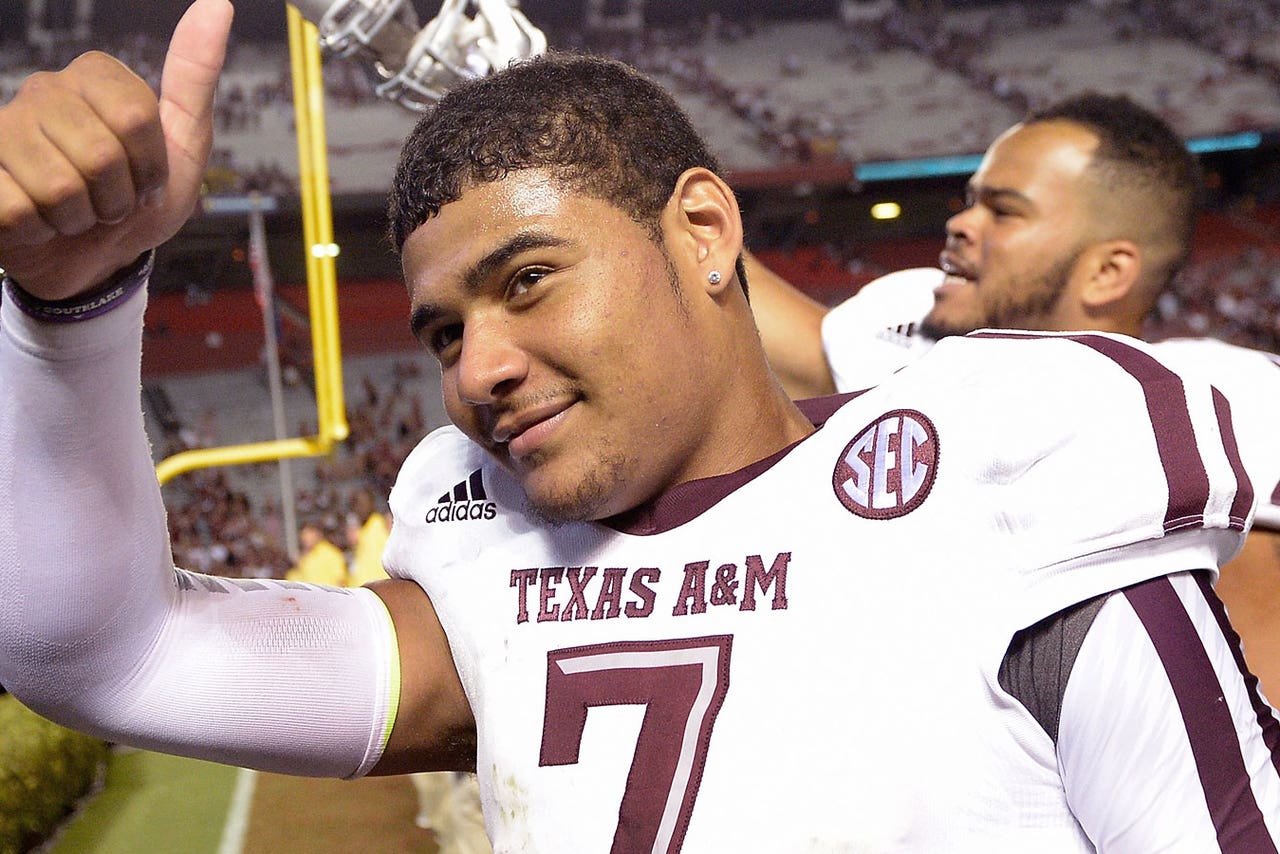 Kenny Hill, the presumed heir-apparent to Johnny Manziel at Texas A&M who stormed onto the scene with a record-setting opener last season, will transfer, according to reports.

247Sports reported that Hill's destination will be TCU, a move that would bring Hill back closer to his hometown of Southlake, Texas, a suburb of Dallas.

Hill, a sophomore, broke Manziel's school record for passing yards in last season's opener, throwing for 511 yards and three touchdowns in a 52-28 demolition of then-No. 9 South Carolina. The Aggies amassed more total and passing yards in a single game than any opponent in Gamecocks history.

Hill would lead Texas A&M to a 5-0 start and No. 6 ranking, but a 48-31 loss to Mississippi State on Oct. 4 would begin a three-game losing streak, the final game of which was Hill's final contest of the season. He was suspended for two games after that for a violation of team rules, and he never played again as freshman Kyle Allen took over the starting job and never gave it back.

Hill also was suspended toward the end of spring practice after an alcohol-related arrest but worked his way back into head coach Kevin Sumlin’s good graces enough to get the starting nod during camp.

Off the field, Hill’s parents also made headlines, applying to trademark the nickname "Trill" after the eye-popping opener.

Hill finished the season with 2,649 yards passing, 23 touchdowns, eight interceptions and a 154.6 passer rating. He ran for another 156 yards on 52 carries.

TCU currently has a starting quarterback in junior Trevone Boykin who, if he returns to the Horned Frogs rather than bolting for the NFL, will enter the season as a Heisman favorite. Hill would sit out next season per NCAA transfer rules and be in line to compete for the starting job in the 2016 season.

Return to Form
Odell Beckham Jr. flashed glimpses of the old OBJ on Thursday night. Is the superstar wide receiver back like he never left?
2 hours ago

Compliments To The Chef
Russell Wilson cooked in Week 1, so much so that 'The Hoodie' couldn't help but extol him. Is this finally Wilson's MVP year?
6 hours ago

Browns Put Feet on the Ground
In Thursday's 'Battle of Ohio,' the team from Cleveland ran, and ran, and kept running all over its rival from Cincinnati.
17 hours ago

Joe Buck Joins Father in HOF
On Thursday night, the Buck family learned that it will soon have two members in the Pro Football Hall of Fame.
19 hours ago
those were the latest stories
Want to see more?
View All Stories
Fox Sports™ and © 2020 Fox Media LLC and Fox Sports Interactive Media, LLC. All rights reserved. Use of this website (including any and all parts and components) constitutes your acceptance of these Terms of Use and Updated Privacy Policy. Advertising Choices. Do Not Sell my Personal Info