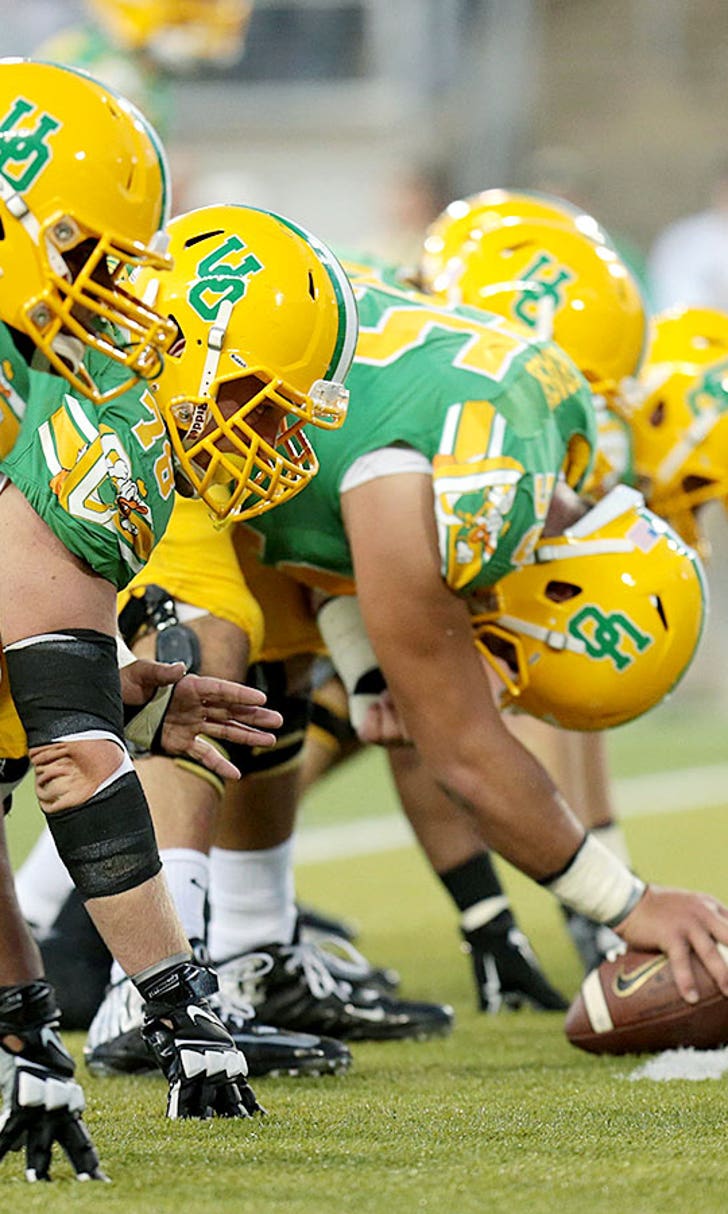 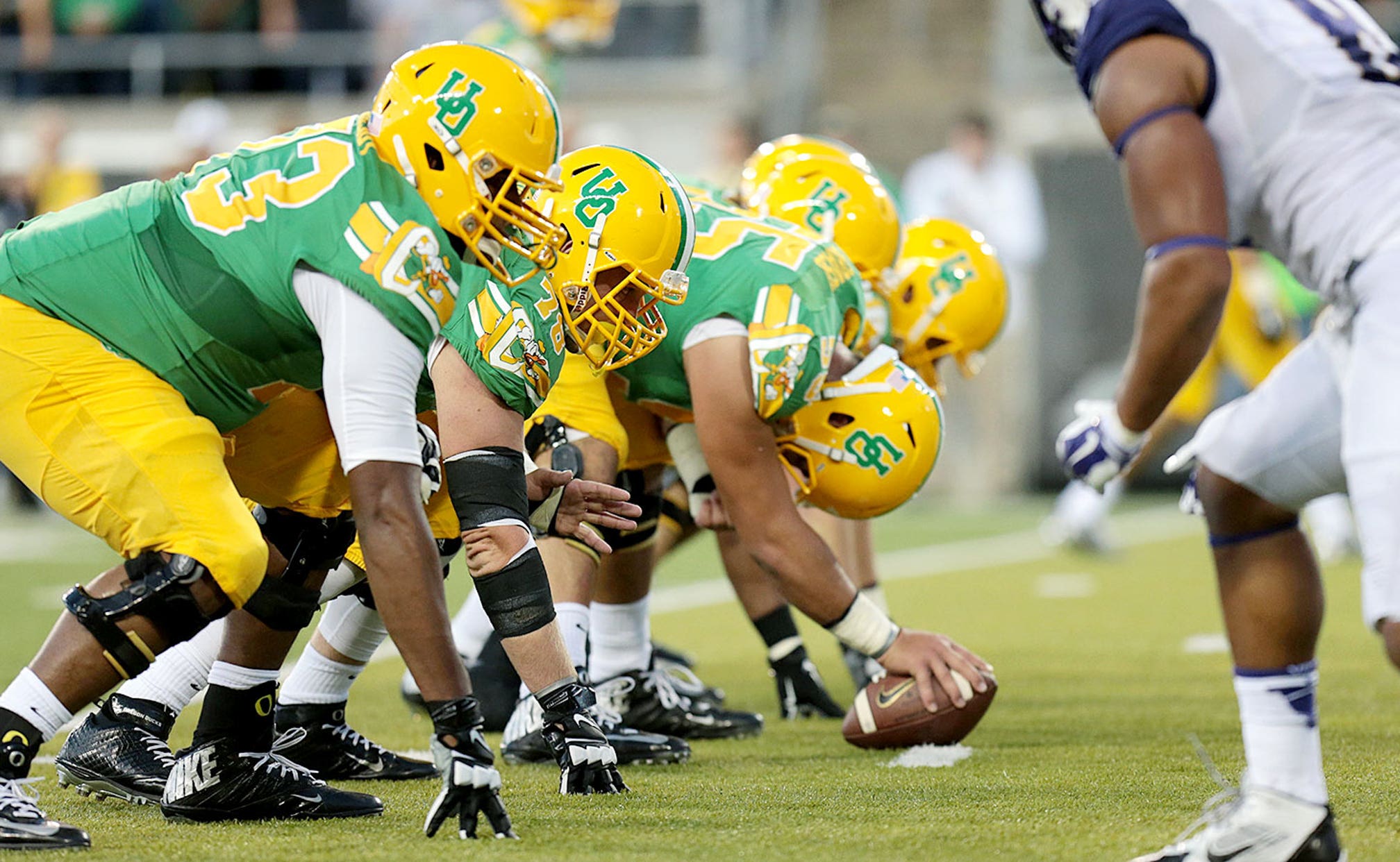 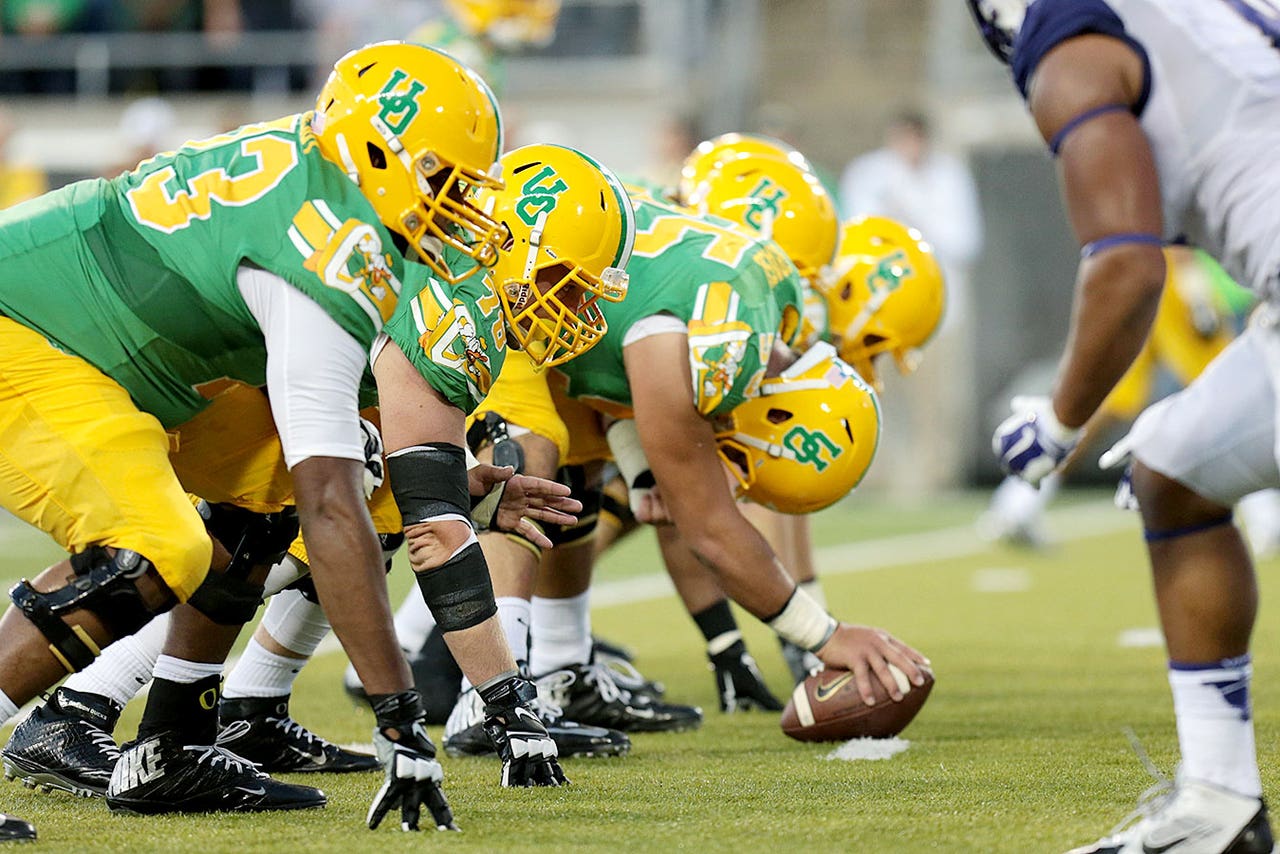 There's no doubt that Marcus Mariota's shadow looms over the Oregon program. However, the loss of former center Hronnis Grasu may be just as important to the Ducks.

Grasu, who started all 52 games he played at Oregon, was selected in the third round of the 2015 NFL Draft by the Chicago Bears. Now, the Ducks must find his replacement.

When Grasu went down with an injury last season, the Ducks used a combination of Hamani Stevens, who also graduated, and Doug Brenner. However, the Ducks have opened up the competition to plenty of other offensive lineman this spring.

Scott Frost, Oregon's offense coordinator had this to say about the battle for the center position and some of the difficulties they had this spring:

"We had some snap issues all spring, honestly," Frost said, according to Andrew Greif of The Oregonian. "Partly, we're playing a couple freshmen at center that hopefully won't be playing center in the fall, but to get reps we did. Hroniss had thousands of snaps, literally thousands and thousands of snaps, as a center here."