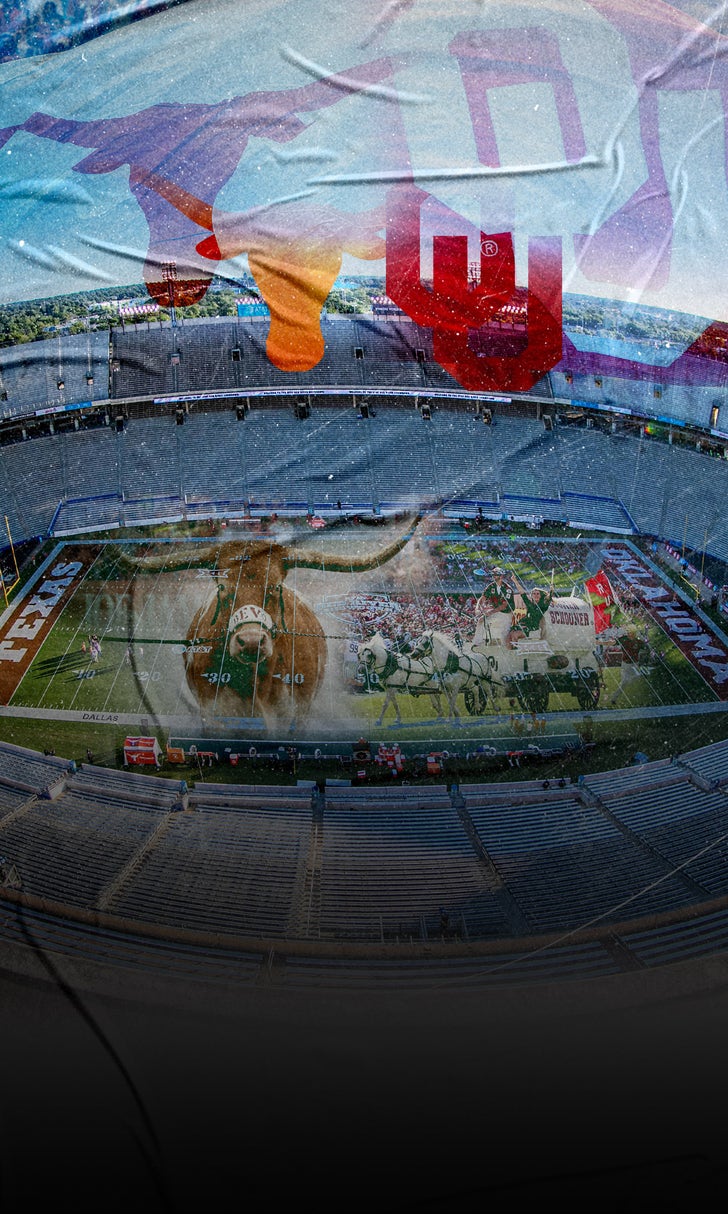 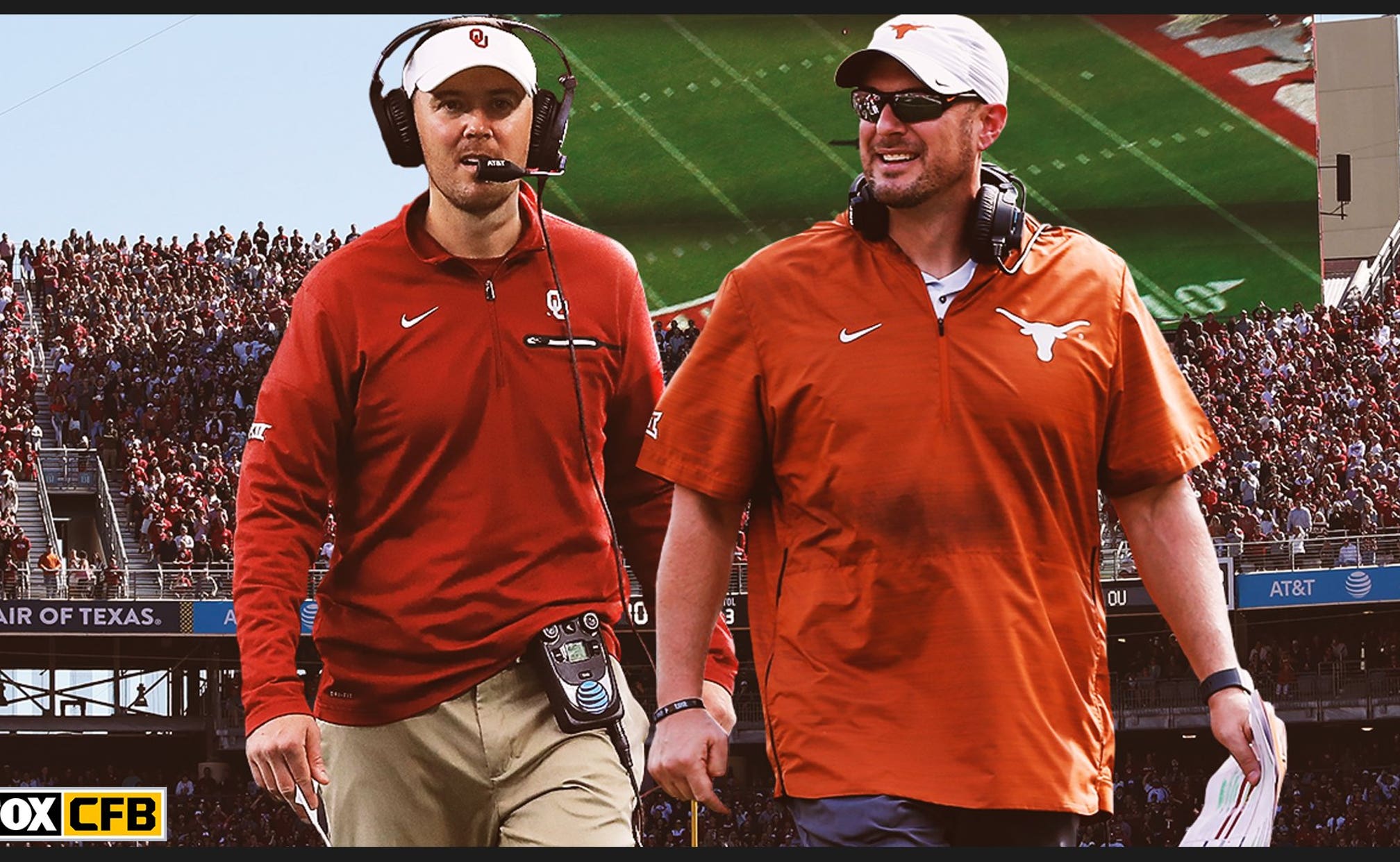 previous story
Rays Knock Off Yankees To Move On
next story
What You Need to Know: Clemson vs. Miami
College Football

What You Need to Know: Red River Showdown

Big 12 powers Texas and Oklahoma will renew one of college football's most storied rivalries Saturday at noon ET on FOX, with the kickoff of the 116th edition of the Red River Showdown.

The schools are separated by 369 miles of Interstate 35, with the iconic Cotton Bowl in Dallas ⁠— the traditional host of the game ⁠— smack dab in the middle of the two campuses.

The Red River Showdown is named after, well, the Red River, which serves as a natural border between Texas and Oklahoma.

The Oklahoma-Texas rivalry dates all the way back to 1900, before Oklahoma was granted statehood in the United States. Texas leads the all-time series at 62-48-5, but the Sooners have had the better run in recent history.

A total of three trophies are given to the winner, but the most recognizable is the Golden Hat, a golden replica of a 10-gallon cowboy hat.

The game usually takes place during the heart of the State Fair of Texas, but the 2020 edition of the fair has been canceled due to the COVID-19 pandemic.

When it comes to the quarterback position, it's hard to find a more experienced signal-caller than Texas QB Sam Ehlinger.

The 22-year-old Texas native took over the starting job in Austin two weeks into his freshman year and hasn't looked back, racking up 36 starts in the process.

This season, Ehlinger is 10th in the country with 924 passing yards through three games, sporting a completion percentage of 63.3. He has thrown 14 touchdown passes and only two interceptions.

Ehlinger has faced Oklahoma four times, but he's just 1-3 in his career against the Sooners.

On the other sideline stands redshirt freshman Spencer Rattler, a highly touted recruit out of Arizona, rated as the No. 1 pro-style QB in 247Sport's composite rankings for 2019.

In his first start for the Sooners, Rattler put on quite a show, tossing four touchdowns in a blowout against the Missouri State Bears.

The 20-year-old Rattler is seventh in the nation with 977 passing yards, to go along with 10 passing touchdowns and four interceptions.

But after an immaculate start to his career, Rattler has regressed a bit against conference opponents, including throwing three picks in Oklahoma's loss to Kansas State. In the Sooners' 37-30 defeat at Iowa State last Saturday, Rattler threw for 300 yards, but he was picked off in the end zone on OU's final drive. 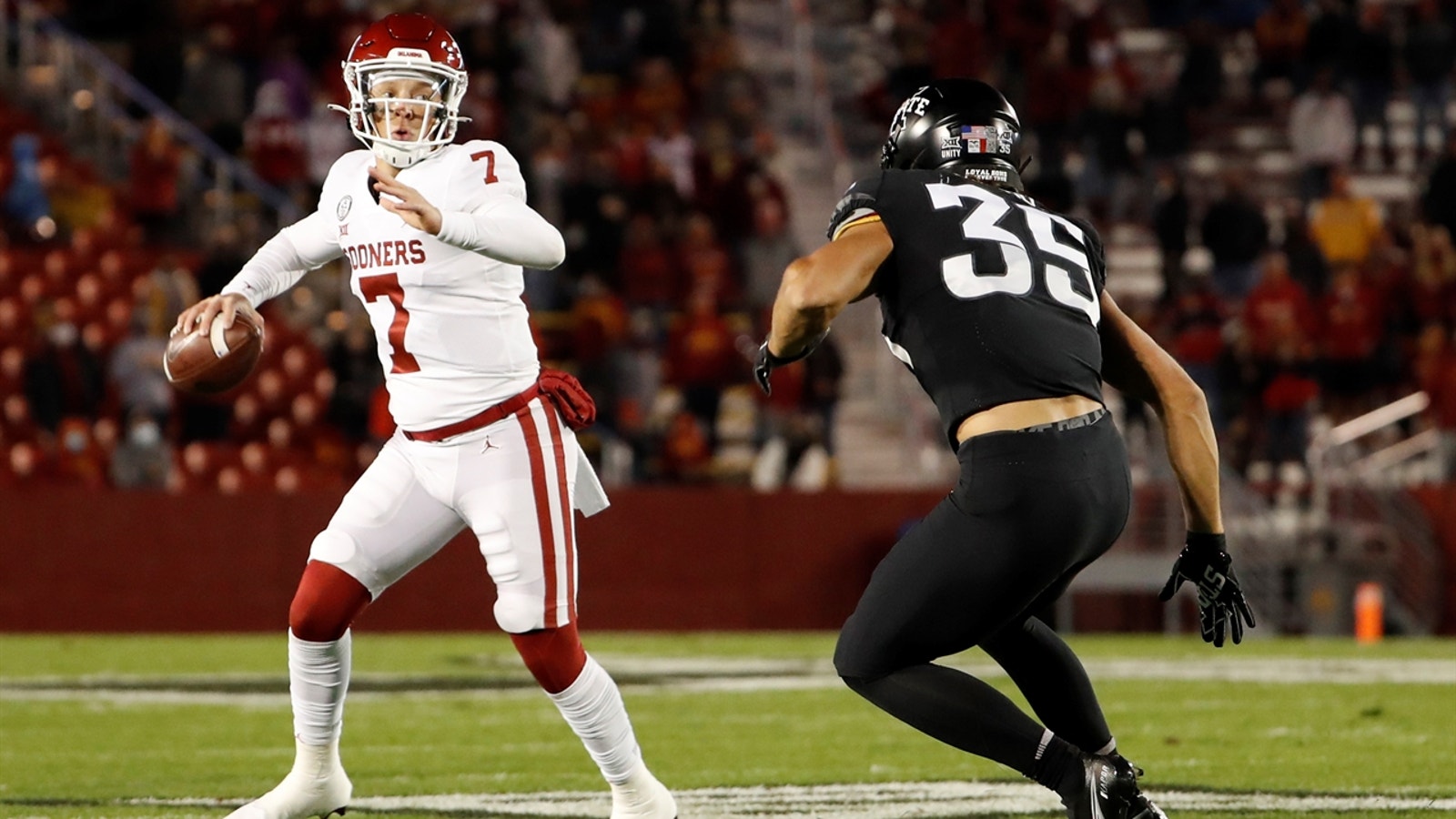 They are two of 11 FBS teams that average more than 500 yards of total offense per game so far this season.

If there was one area of weakness when it comes to offense between either team, it's the Sooners' rushing attack.

Both teams come into the Showdown off disappointing conference defeats.

The Longhorns fell to TCU 33-31 and really struggled on the defensive side of the ball. Texas gave up 458 yards, including 227 on the ground.