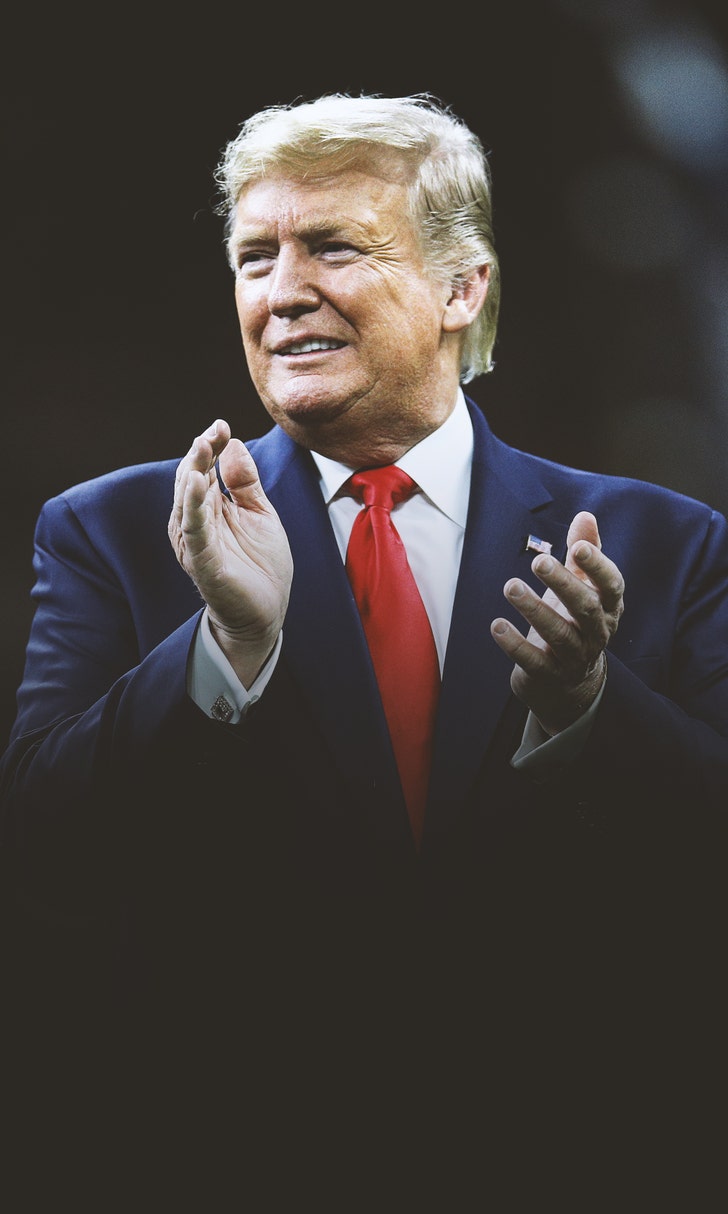 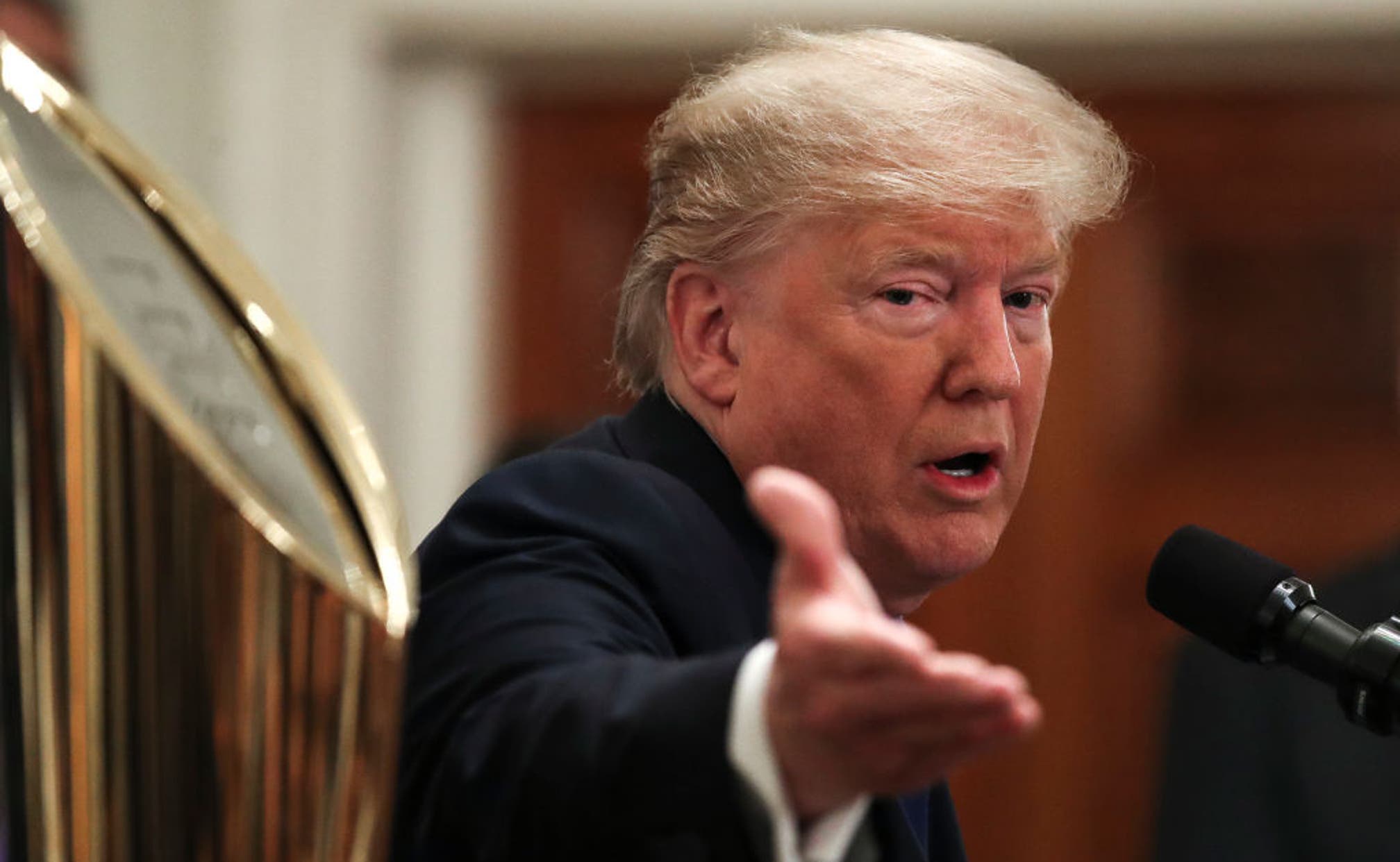 In an interview with Clay Travis on Tuesday morning, President Donald Trump touched on a number of sports topics, including his desire to see college football return this fall.

President Trump expressed his belief that college football players are young and healthy enough to manage the virus, and praised coaches for their approach to the pandemic.

“They’re great people, and they want to play football,” he said. “And they know better than anyone else."

In recent days, the 2020 college football season has found itself in jeopardy. Over the past week, both the Mid-American Conference and Mountain West Conference postponed their 2020 seasons. And on Tuesday, the Big Ten became the first Power 5 conference to make the same decision, followed shortly by the Pac-12.

President Trump has joined several major college football coaches and standout players in advocating for the season to be played in the fall.

Travis also asked for President Trump's opinion on the NFL season beginning in September, and the president said that the league wants to open "badly," but that he only wants to see professional football if players stand during the national anthem.

"If they don't stand for the national anthem, I hope they don't open. Other than that, I'd love to see them open and we're doing everything possible for getting them open. They can protest in other ways. They shouldn't protest our flag or our country."

President Trump said that NFL owners know where he stands on kneeling, and he reiterated that he has refrained from watching the NBA because a majority of players, coaches and officials have kneeled before games in an effort to protest police brutality and bring attention to racial injustice.

"[NFL owners] know my feelings very well. They've been expressed. I think it's been horrible for basketball. Look at the basketball ratings. They're down to very low numbers.

"There was a nastiness about the NBA, the way it was done. I think the NBA is in big trouble."

Record-Setting Day As The SEC Returns
The SEC is known for hard-hitting defenses, but K.J. Costello clearly didn't get the memo as he knocked off defending champ LSU.
14 hours ago

Social Media Reacts To Texas' Thriller
It was an epic comeback for the history books. And Twitter could hardly keep up with the fireworks.
16 hours ago