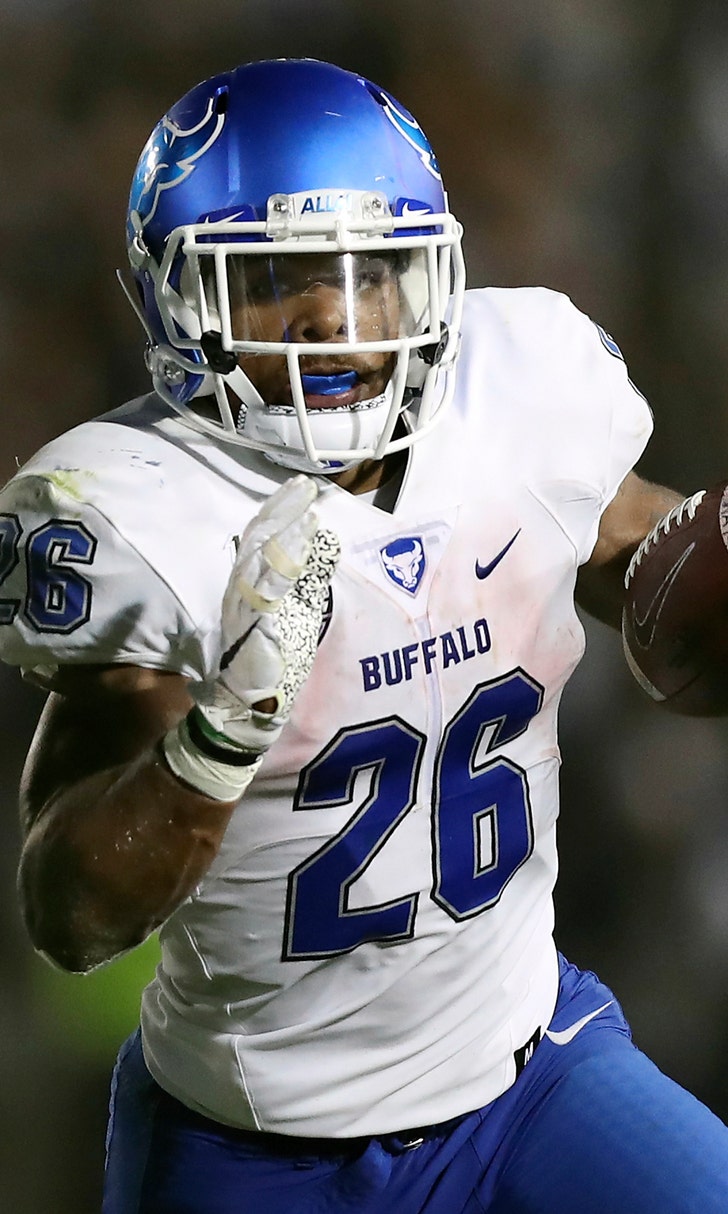 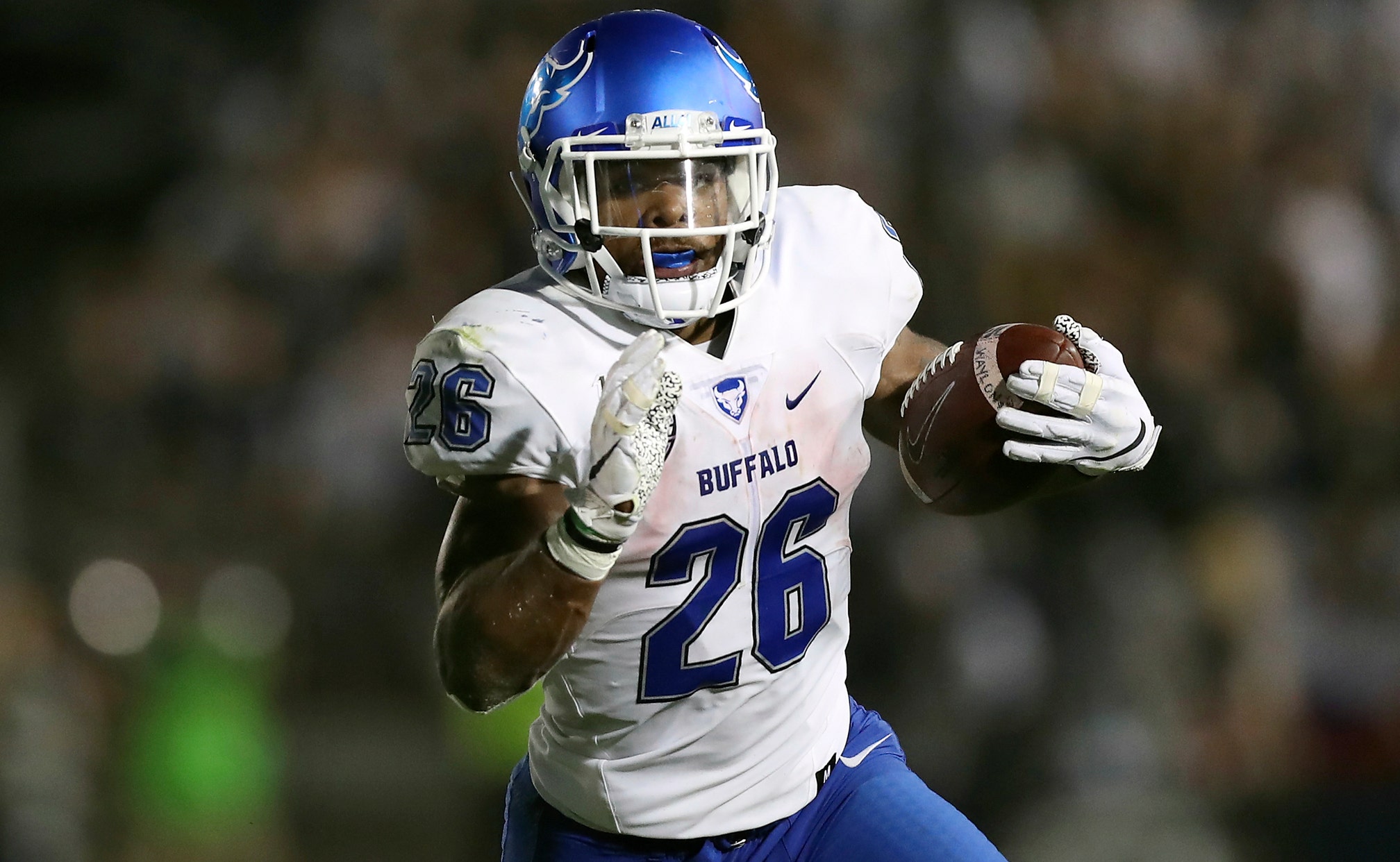 AMHERST, N.Y. (AP) — Jaret Patterson's eye-popping production might not be the most notable aspect involving Buffalo's sophomore running back.

Sure, his 31 career touchdowns rushing are already just four short of breaking the school record held by former NFLer James Starks. It's equally impressive how Patterson has combined for 490 yards and 11 touchdowns (one receiving) in his past two games alone.

What might be more difficult to fathom is the lack of attention schools paid Patterson coming out of high school in Maryland because, at 5-foot-9, he was considered too small for the FBS ranks. Recruiters were more focused on Patterson's twin brother James, a linebacker, and not overly interested in the two being a package deal.

"At times, the recruiting process for me was very frustrating," Patterson recalled last week as Buffalo (7-5) prepared to face Charlotte (7-5) in the Makers Wanted Bahamas Bowl on Friday.

"I was just working hard and not really getting the offers I deserved," added Patterson, who had 2,045 yards rushing and 23 TDs his senior high school season. "I feel like every athlete wants to go big, get that dream offer. But for me, I needed one opportunity to prove myself that I could play at this level."

Last year's Mid-American Conference freshman of the year enters the bowl season ranking fifth in the nation with a single-season school record of 1,626 yards rushing.

Patterson set several more single-season records with 17 touchdowns and 1,851 all-purpose yards (rushing, receiving and returns). And he set a single-game school record with 298 yards rushing and tied another with six TDs in Buffalo's regular-season-ending 49-7 win over Bowling Green.

"Not only does he have these numbers, his big numbers are Games 11 and 12," coach Lance Leipold said, "It's been great. And I'd love to see him finish this really strong."

Patterson shares the backfield with Kevin Marks, who has 1,049 yards rushing and eight scores, and part of a run-oriented attack that's helped the Bulls overcome low preseason expectations. Buffalo earned its second consecutive bowl berth for the first time in program history, and fourth overall.

This was supposed to be a down year for Buffalo following a tumultuous offseason in which last year's 10-win team lost three key offensive weapons.

Starting quarterback Tyree Jackson declared for the NFL draft rather than return for his senior season. He went undrafted, was cut by the Buffalo Bills in August, and was a ninth-round pick in the XFL draft in October.

This season, Buffalo has overcome the loss of starting quarterback Matt Meyers, who has been sidelined since sustaining an upper body injury five games in. He was replaced by sophomore Kyle Vantrease, who has gone 5-2.

"We just showed them," Patterson said, referring to those who had written off the Bulls this year. "Another winning season. Now hopefully we get this first bowl win in program history."

"It motivated me tremendously. It still motivates me when we go against Power Five schools," said Patterson, who had a team-best 71 yards rushing in a 45-13 loss at Penn State in September. "I've still got a chip on my shoulder each and every day."

Winters not only talked up Buffalo, but introduced Patterson to another former Buffalo player, undersized running back Branden Oliver, who eventually played three NFL seasons with the Chargers.

It also helped Buffalo was so interested in landing both Pattersons, Leipold didn't mind James Patterson's decision to wait until January to enroll in order to be on the same timeline as Jaret.

"If not, we may not have gotten either one, and that would've been unfortunate," Leipold said.

Jaret credited his brother, who could have elected to go ahead without him.

"I can never repay my brother for what he did. That's priceless," Jaret Patterson said. "That's my best friend. And I love him."