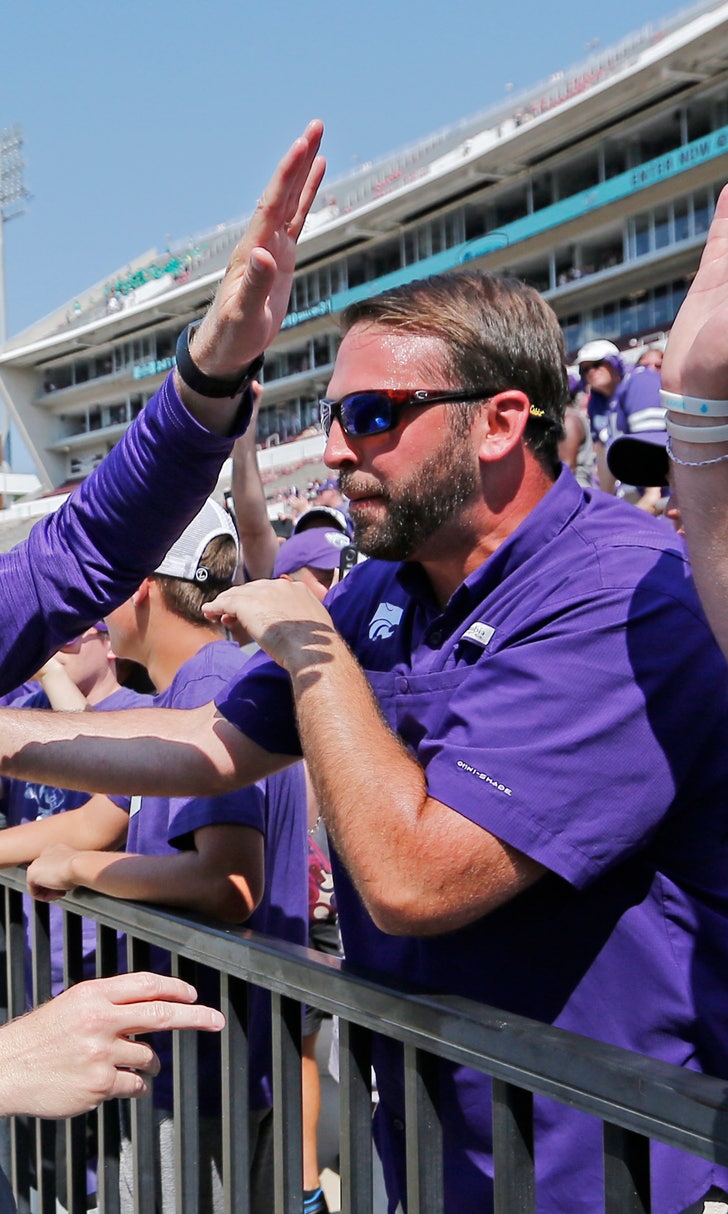 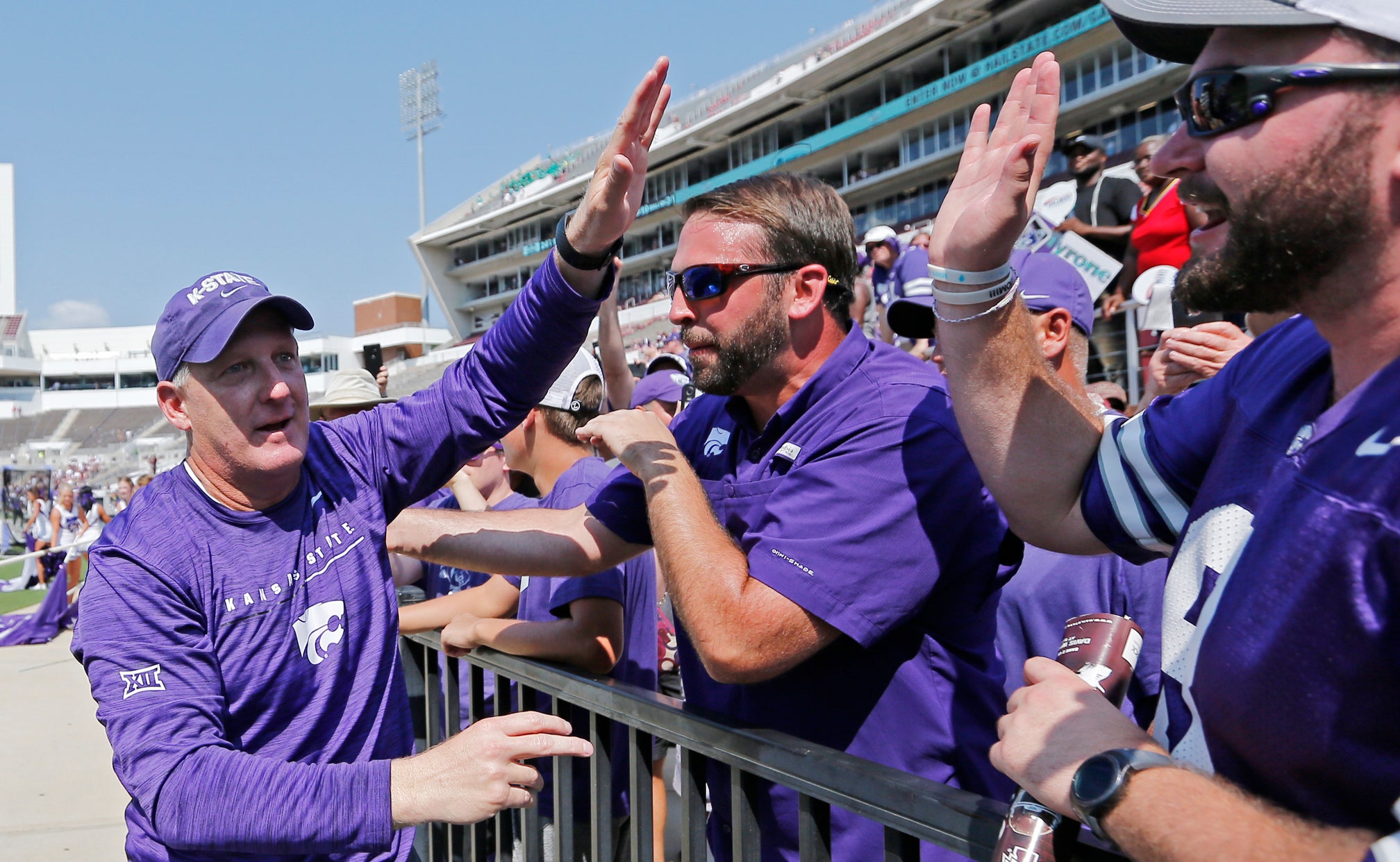 No. 24 K-State into Big 12 opener undefeated under Klieman

Some things to watch on the fifth weekend of Big 12 Conference play:

No. 24 Kansas State at Oklahoma State (3-1, 0-1 Big 12). The Wildcats have their first 3-0 start since 2015, and that season they lost their fourth game in a Big 12 opener at Stillwater to begin a six-game losing streak. But K-State takes the Big 12's top defense (256 total yards and 12.7 points per game allowed) into its first conference game under new coach Chris Klieman on Saturday. Oklahoma State will provide a big test. The Cowboys average 534 total yards and 44.5 points a game with Big 12 rushing leader Chuba Hubbard and top receiver Tylan Wallace. Texas was able to hold Hubbard (160.5 yards rushing per game) and Wallace (118.3 yards receiving per game) well below their season averages in a 36-30 win to open conference play last weekend. K-State, coming off an open date after winning at SEC team Mississippi State, has won the last two meetings against the Cowboys.

Iowa State WRs Deshaunte Jones and Tarique Milton vs. Baylor defense. In last week's 72-point outburst against Louisiana-Monroe, Cyclones quarterback Brock Purdy threw a 73-yard TD to Milton (101.3 yards receiving per game) and an 84-yarder to Deshaunte Jones (6.7 catches per game). The Bears, who didn't play a Power Five opponent in non-conference play, gave up only 146 yards passing per game. They are the only Big 12 team that hasn't allowed a passing TD.

Sixth-ranked Oklahoma (3-0) looks to become the sixth FBS program to reach 900 wins when it hosts Texas Tech (2-1) in the Big 12 opener for both teams. ... The four-time defending Big 12 champion Sooners have won six consecutive conference openers, and 10 of 11. ... TCU (2-1) is 40-15 in regular season games after a loss in coach Gary Patterson's 19 seasons. The Horned Frogs are home against Kansas (2-2, 0-1). ... Texas and West Virginia, the only teams with conference wins, both have open dates.

Texas Tech, without injured Big 12 passing leader Alan Bowman, goes to sixth-ranked Oklahoma as a nearly four-touchdown underdog. The Sooners lead the nation with 676.7 total yards per game, and are second with 55.7 points a game. They have won seven in a row in the series while scoring 50 points a game. Bowman (340 yards passing per game) hurt his shoulder in a 28-14 loss Sept. 14 at Arizona in Tech's last game. The Red Raiders have said only that he will miss several weeks.

Kansas junior WR Andrew Parchment has had more than 100 yards receiving in three of his first four games for the Jayhawks. The junior college transfer who first played at Northern Illinois, has 24 catches for 367 yards (15.3 yards per catch) and four touchdowns — two in each of the last two games.