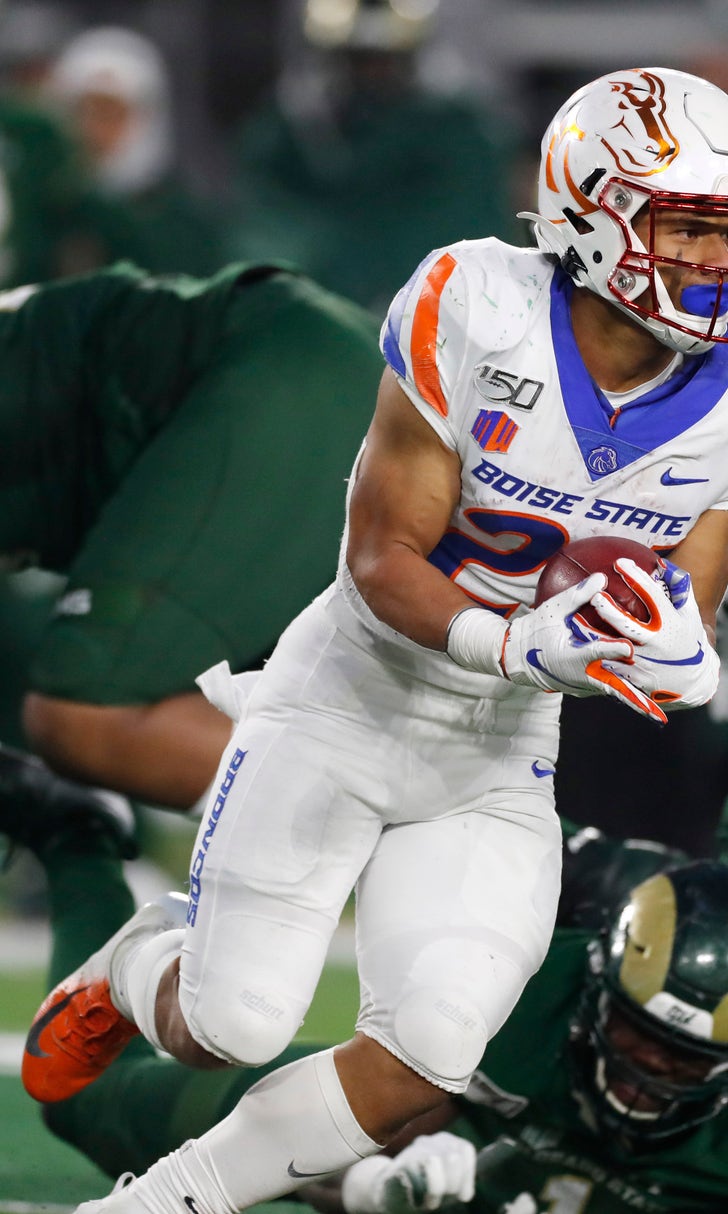 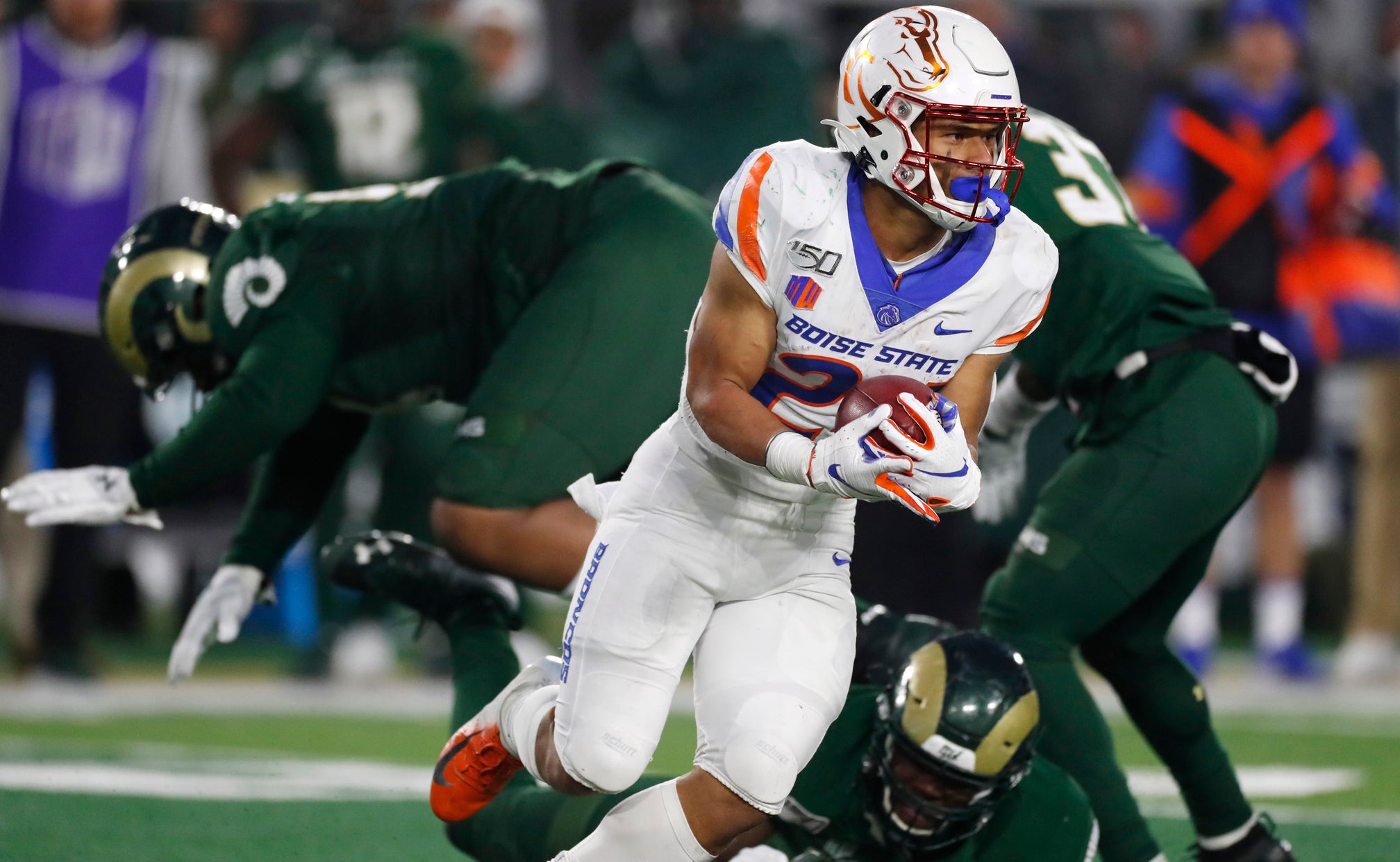 For No. 19 Boise State, the stakes in the Mountain West Conference championship game are about more than a title. Winning also means a chance to get back into one of the elite New Year’s Six bowl games.

For Hawaii, the game is about proving the Rainbow Warriors have reclaimed their history, and are no longer an also-ran in the Mountain West.

“They should be proud of themselves for getting to this point, but I know they’re not satisfied, because they understand what this next game means to the state and to the football program, the history, the tradition of the football program,” Hawaii coach Nick Rolovich said.

Boise State will host Hawaii for the second time this season on Saturday with the conference title at stake. Boise State (11-1, 8-0 MWC) rolled through the conference season unbeaten for the first time since joining the Mountain West and is seeking its third conference crown overall.

Hawaii (9-4, 5-3) won the West and is the first team from the division other than San Diego State or Fresno State to play for the conference crown. The Rainbow Warriors also have fresh memories of a 59-37 drubbing in Boise in October.

“I think it’s going to help tremendously,” Hawaii quarterback Cole McDonald said of the earlier game. “We know the players, we know the schemes. It’s just a matter of going out there and executing.”

While a good Hawaii program is good for the conference, having the Broncos return to the New Year’s Six would likely be a bigger boost.

The Broncos are ranked 19th in the College Football Playoff rankings. They have to win, look good doing so, and get a little help to return to the New Year’s Six field. They need No. 21 Cincinnati — ranked 20th in the CFP — to beat No. 16 Memphis — 17th in the CFP — in the American championship game, and hope that doesn’t lead to the Bearcats jumping the Broncos in the final poll. Boise State’s hopes go out the window if it loses to Hawaii.

The games will kick off nearly simultaneously, with a lot of moving pieces that will eventually determine who lands in the Cotton Bowl.

“The whole point every single year of every team is to play in a championship and to go out there and be a part of that,” Boise State coach Bryan Harsin said.

While there’s been politicking from the administrations on both sides over the Group of Five bowl berth, Harsin cares more about erasing the memory of last year’s championship game. Fresno State was the one celebrating in the snow covering the blue turf, not the Broncos, after a 19-16 overtime win by the Bulldogs.

The Warriors' title game appearance is another step in Rolovich’s rebuild. When Rolovich took over at Hawaii in 2016, he inherited a program that had won 11 total games in its first four seasons in the Mountain West. He’s won at least seven games in three of his four seasons. The nine regular-season wins this year were the most for the Warriors since 2010, when they won 10 games and were co-champs of the WAC with Nevada and Boise State.

Rolovich was named the MWC coach of the year, an honor that in almost any other season would have gone to Harsin.

Boise State appears to have settled its quarterback situation. For the fourth straight game it looks like Jaylon Henderson will get the start. He’s earned it with his performances over the past three weeks, throwing for 732 total yards, completing 62% of his passes and tossing eight touchdowns with just one interception.

“Jaylon certainly earned the opportunity, where we are right now, to go out there and play, and I fully expect him to prepare this week and get himself ready to go,” Harsin said.

Hawaii could not have had a much worse start in its first game against the Broncos. The Warriors had three first-half fumbles, three punts and turned the ball over on downs once. They trailed 31-7 at halftime and a big second half only made the final score look better.

Defense? From Hawaii? While it hasn’t been a strong suit for the Warriors in recent years, their defense is the reason they’re in the championship game. Hawaii held UNLV to seven points, then most impressively shut down San Diego State’s running game in a 14-11 win that put the Warriors in the title game.

The Warriors defense has allowed less than 5 yards per play four times this year. Boise State was not one of those the first time. The Broncos averaged 6.82 yards per play and finished with 518 total yards.