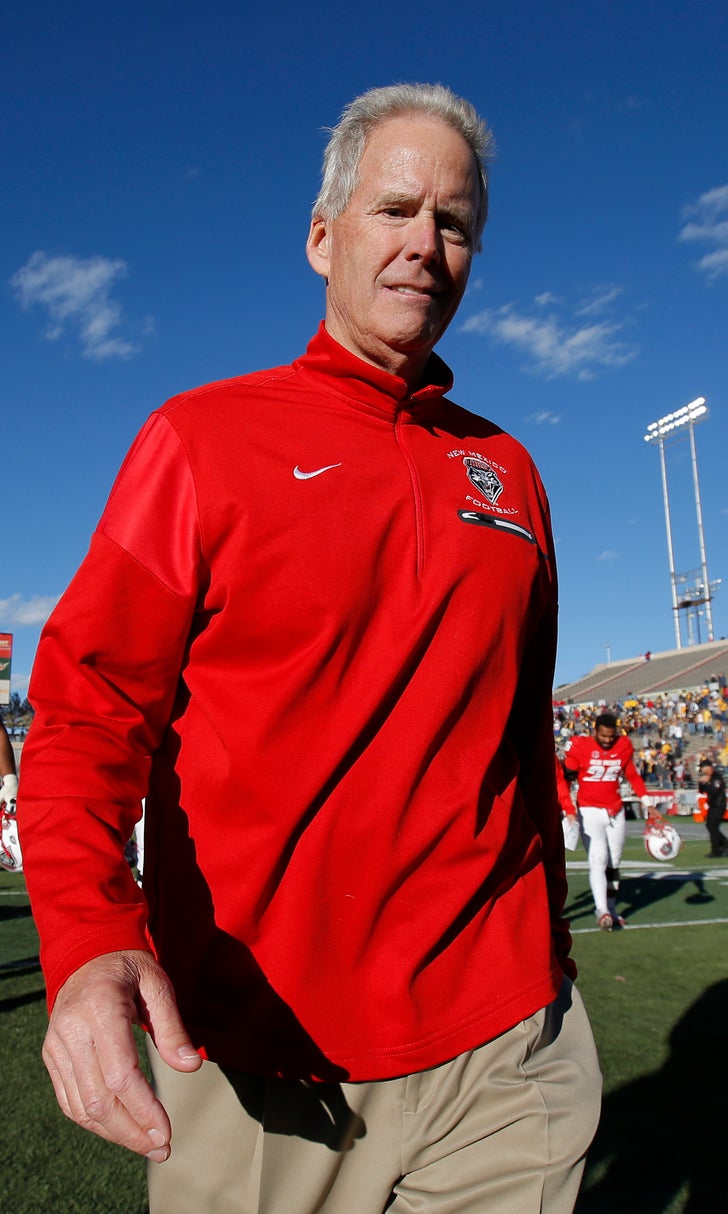 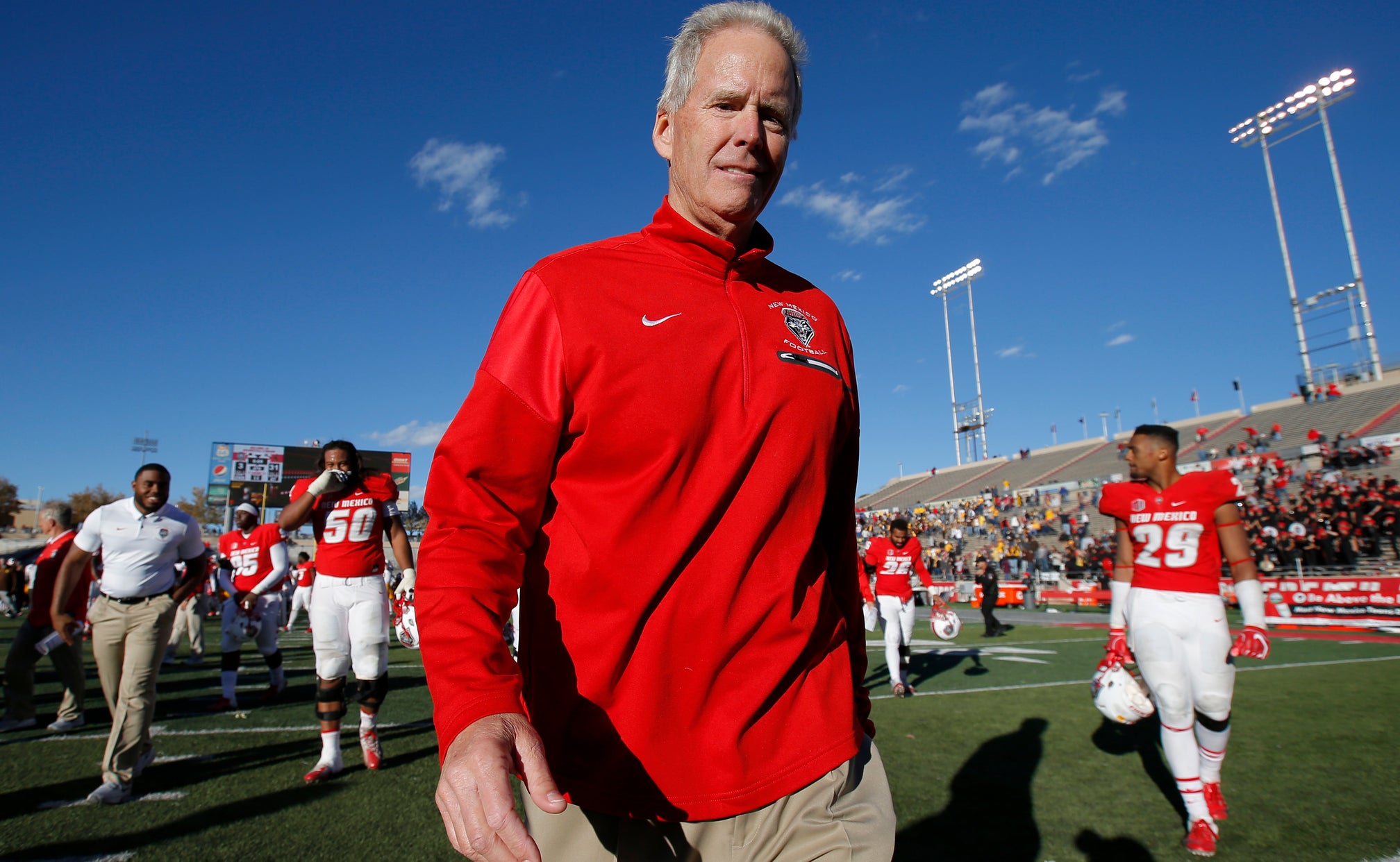 The school released a statement from the Davie family, saying the 64-year-old coach was "doing well" and surrounded by family.

That came about an hour after athletic director Eddie Nunez made the announcement that Davie had been taken to the hospital after the Lobos won 39-31 at home. According to the Albuquerque Journal, the 64-year-old Davie several times during the game could be seen with his hands on his midsection and chest. At one point, the newspaper reporter, Davie kneeled down during the action.

Davie's wife, Joanne Davie, was seen in the ambulance's front seat as it left for nearby University of New Mexico Hospital.

"Coach Davie is doing well and recovering, he is surrounded by family and your continued thoughts, prayers, and privacy are greatly appreciated during this time," the family said.

Davie is a former Notre Dame coach who is in his eighth season leading the New Mexico program. The Pennsylvania native spent 10 years as an ESPN broadcaster before returning to the sidelines at New Mexico in 2012. He led the Lobos to a 9-4 record in 2016, but that's been followed by back to back 3-9 seasons.

He went 35-25 in five seasons as head coach at Notre Dame, where he had served as defensive coordinator. He led the Fighting Irish to three bowl games and its first BCS postseason game, the 2001 Fiesta Bowl. Davie also was the first coach to lead Notre Dame to a bowl game in his first season.

New Mexico's next game is at Notre Dame on Sept. 14.

New Mexico Lobos
share story
those were the latest stories
Want to see more?
View All Stories
Fox Sports™ and © 2020 Fox Media LLC and Fox Sports Interactive Media, LLC. All rights reserved. Use of this website (including any and all parts and components) constitutes your acceptance of these Terms of Use and Updated Privacy Policy. Advertising Choices. Do Not Sell my Personal Info