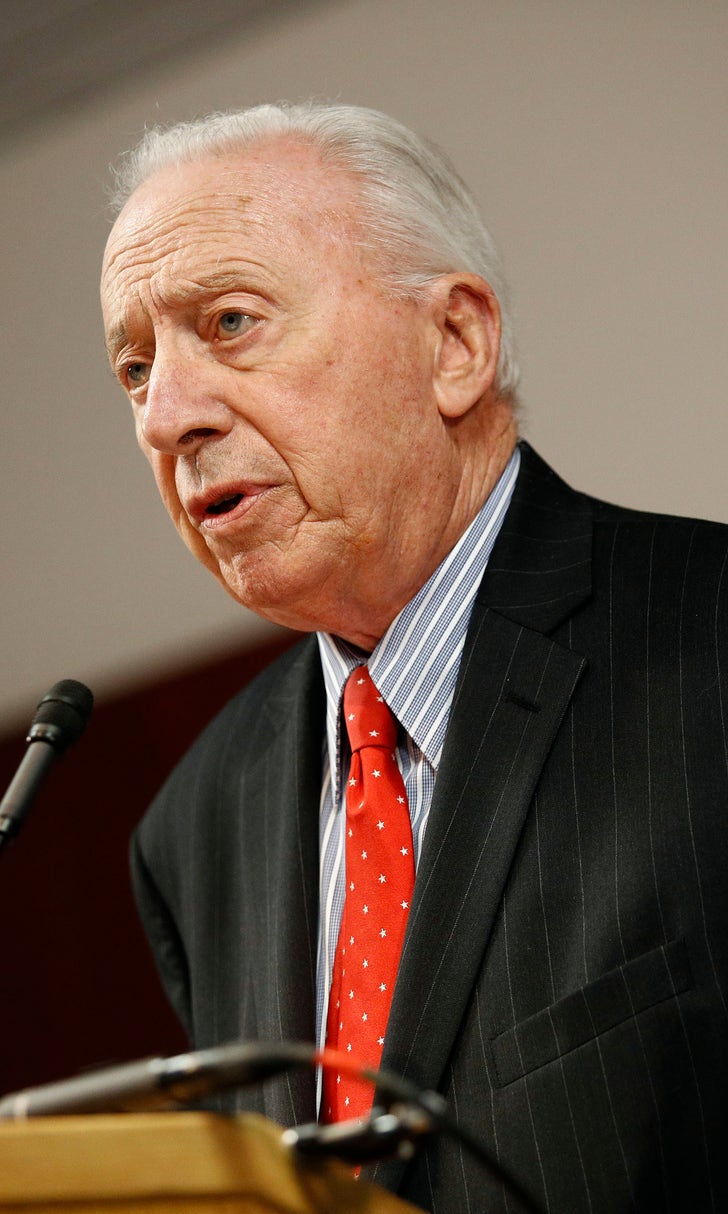 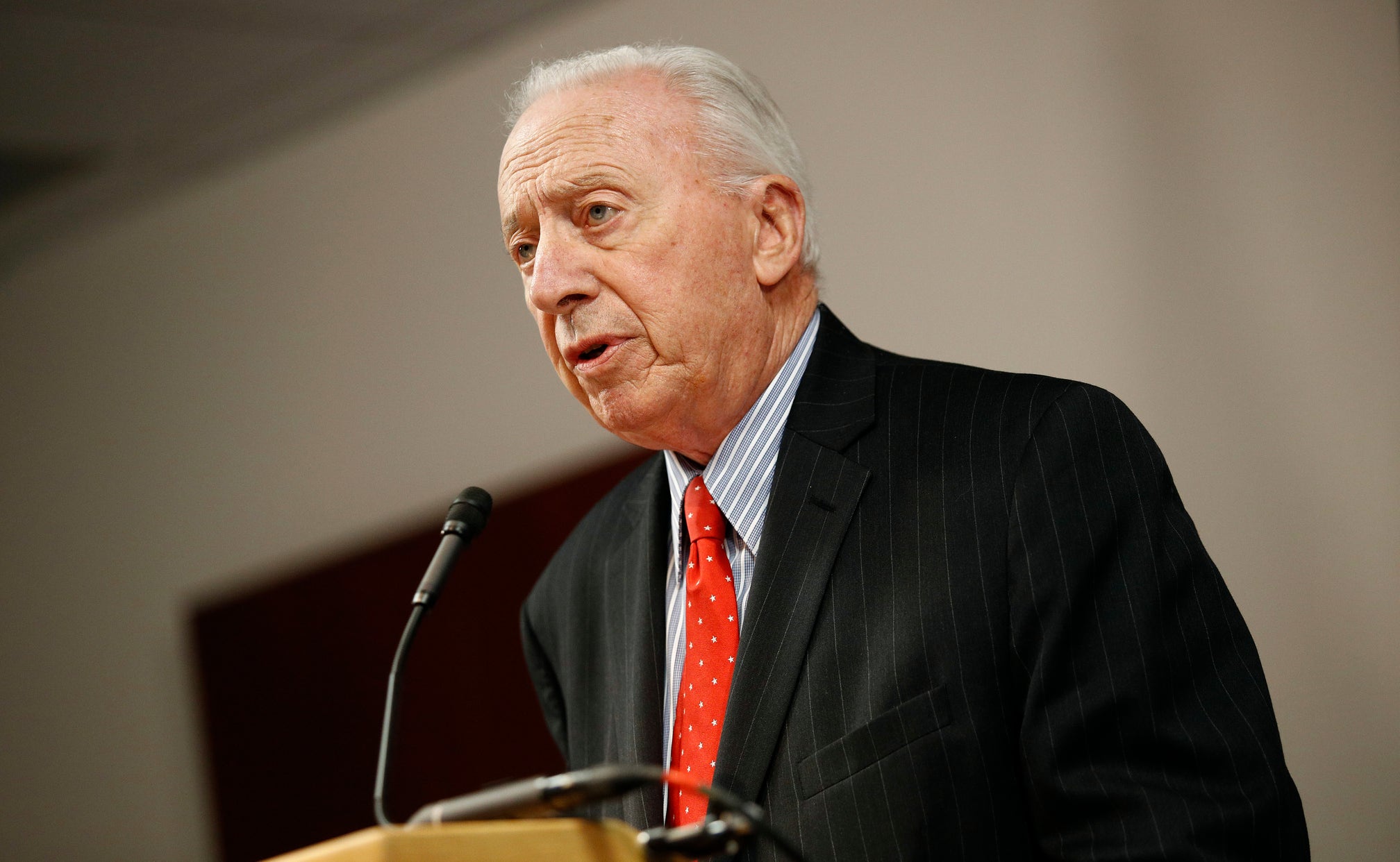 previous story
Thunder rally from 19 down in 3rd, top Hornets 111-107
next story
Judge rules hiring of UConn coach’s son was not violation

BALTIMORE (AP) — The chairman of the University System of Maryland board of regents has resigned following the furor over the decision to reinstate football coach DJ Durkin.

On Thursday, board chairman James Brady stepped down from his post.

"In my estimation, my continued presence on the board will inhibit its ability to move Maryland's higher education agenda forward," Brady said in a statement. "And I have no interest in serving as a distraction from that important work."

After reviewing external reports on the death of offensive lineman Jordan McNair and the culture of the program, the board decided to reinstate Durkin and retain athletic director Damon Evans.

McNair collapsed on the practice field and died two weeks later of heatstroke. Durkin was put on administrative leave in August and, following the board's recommendation, returned for one day.

"I understand that reasonable people could come to other conclusions," Brady said. "And even among our board, some did."

The backlash from the decision was overwhelming.

"I respect the many people — including elected leaders, members of the public and members of the board — who disagreed with the recommendations a majority of this board ultimately made," Brady said. "These were difficult decisions, based on information included in reports stemming from two investigations and a great deal of thought and deliberation."

During the news conference announcing Durkin's reinstatement, Loh said he would retire in June 2019, a surprise development.

Reacting to Brady's resignation, Senator Jim Rosapepe (D, College Park) said in a statement: "I've known Jim Brady for more than 20 years. He's a good man who wants the best for our state. He and his colleagues of the USM Board of Regents made a major mistake this week and he recognized it and acted to help correct it.

"Now Dr. Loh needs to act. He needs to announce that he is not retiring next year and will work with the regents and with the university community to fix the problems in the athletic department and continue the academic and economic progress which the university has made under his leadership."

Earlier Thursday, Gov. Larry Hogan said he intended to investigate the board's decision to bring back Durkin after next week's gubernatorial election.

After Brady's announcement, Hogan's office issued a statement that read: "Governor Hogan thanks Mr. Brady for his service on the University System of Maryland Board of Regents, as well as his many years of distinguished public service under three governors of both parties. The governor believes that the university system must move forward in an open and transparent manner to restore public trust in Maryland's flagship university."

Understanding this, the board announced that it would be open to a review.

In a statement, the USM board of regents said: "The board has ... heard from many, including Governor Hogan, members of the legislature, who strongly disagreed with the recommendations that were shared Tuesday. The board deeply respects the views of Maryland's elected leaders and will participate in any process they request.'

In response to media coverage of McNair's death, a commission that reaffirmed the university's accreditation last year requested more information about the athletic program, so it can make a decision at a meeting later this month about potential action.

The Middle States Commission on Higher Education could decide to take no action, issue a warning, put the university on probation or remove accreditation, said Brian Kirschner, a spokesman for the commission.

The SEC Returns: What You Need To Know
Who's favored to win the SEC? Who's ranked? When will the grudge matches go down? We've got the answers ahead of Saturday.
13 hours ago

Ready to Roll
Alabama RB Najee Harris is Reggie Bush's second Playmaker of the Week, despite having not taken the field yet this season.
15 hours ago

Pac-12 Returns: What You Need To Know
Pac-12 football is back! When do games start? Is the conference playoff-eligible? Here's what you need to know.
1 day ago

A Fresh Start In The SEC
Two of college football's powerhouses named new starters on Monday, and Matt Leinart sees big things for both.
4 days ago
those were the latest stories
Want to see more?
View All Stories
Fox Sports™ and © 2020 Fox Media LLC and Fox Sports Interactive Media, LLC. All rights reserved. Use of this website (including any and all parts and components) constitutes your acceptance of these Terms of Use and Updated Privacy Policy. Advertising Choices. Do Not Sell my Personal Info