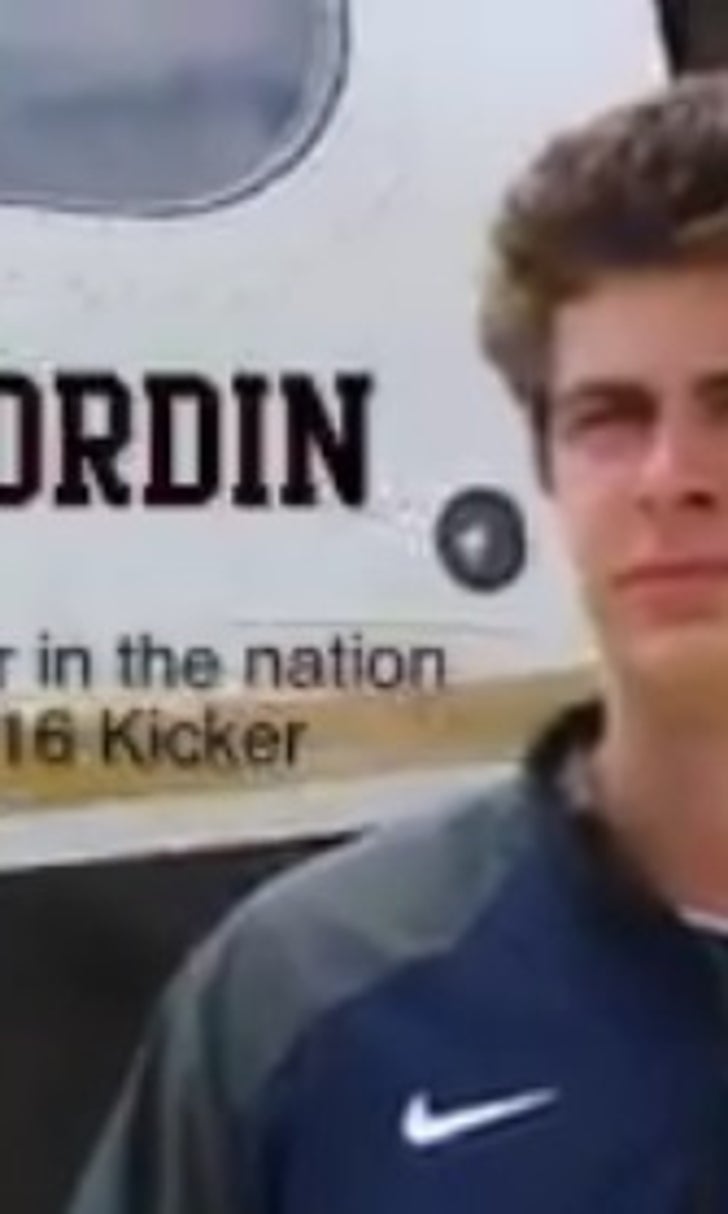 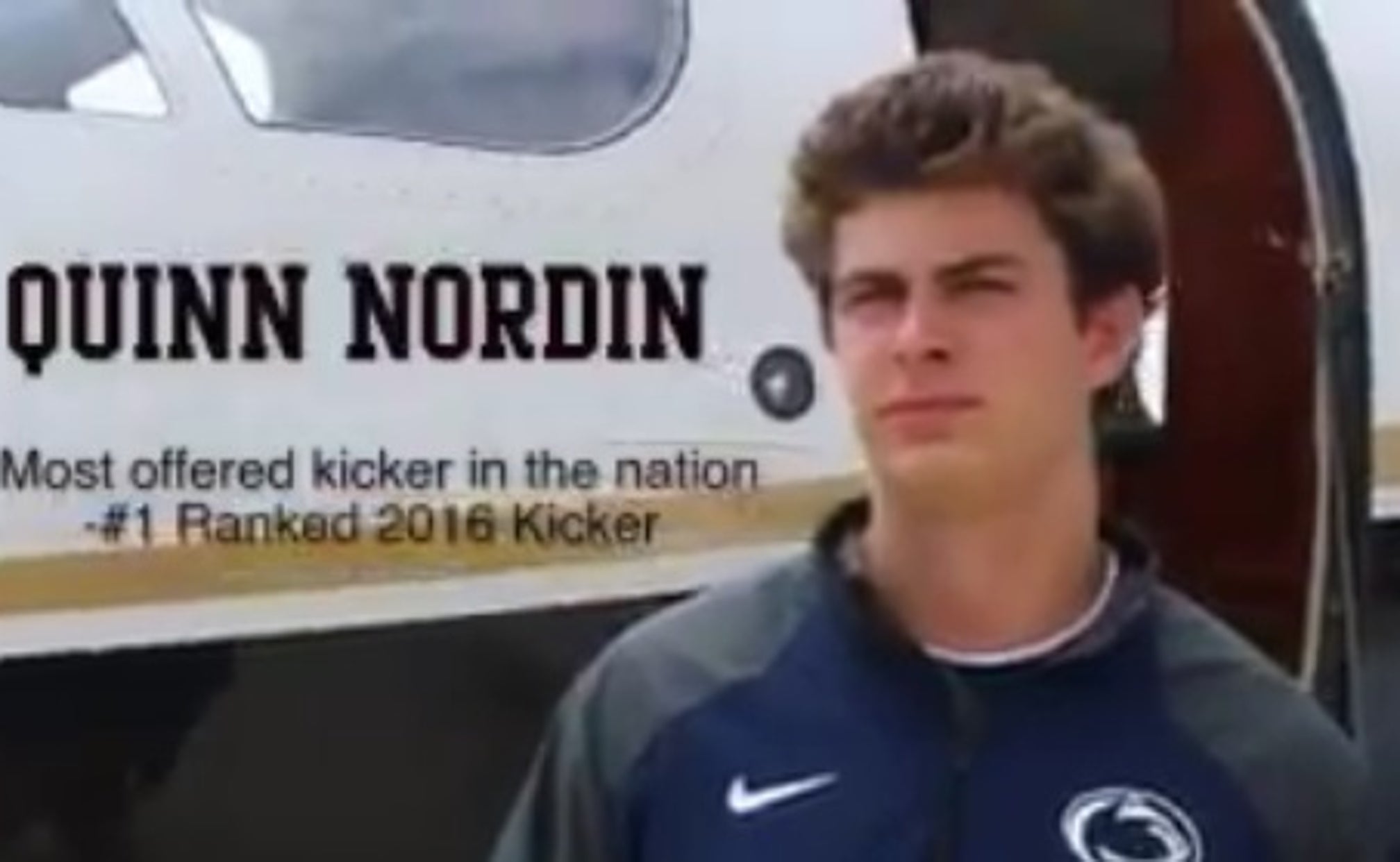 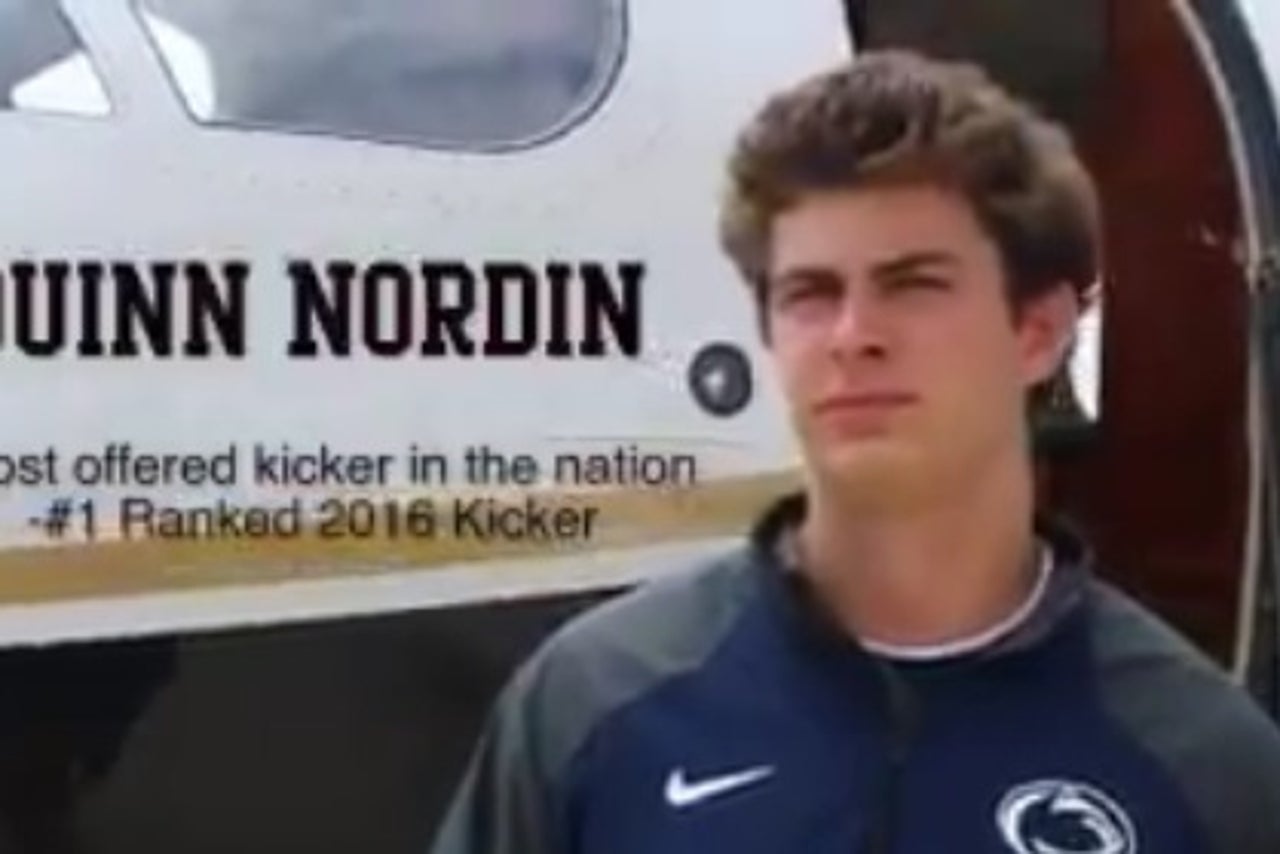 Nordin stepped off an airplane and gave his verbal pledge to the Penn State Nittany Lions via a video posted to Twitter.

According to 247Sports, Nordin is a 3-star prospect and the No. 1 kicker in the class of 2016. He attends Rockford High School, which is just north of Grand Rapids, Michigan.

How can Nordin’s commitment be one-upped?

Parachuting out of an airplane. Make it happen, budding college football stars.