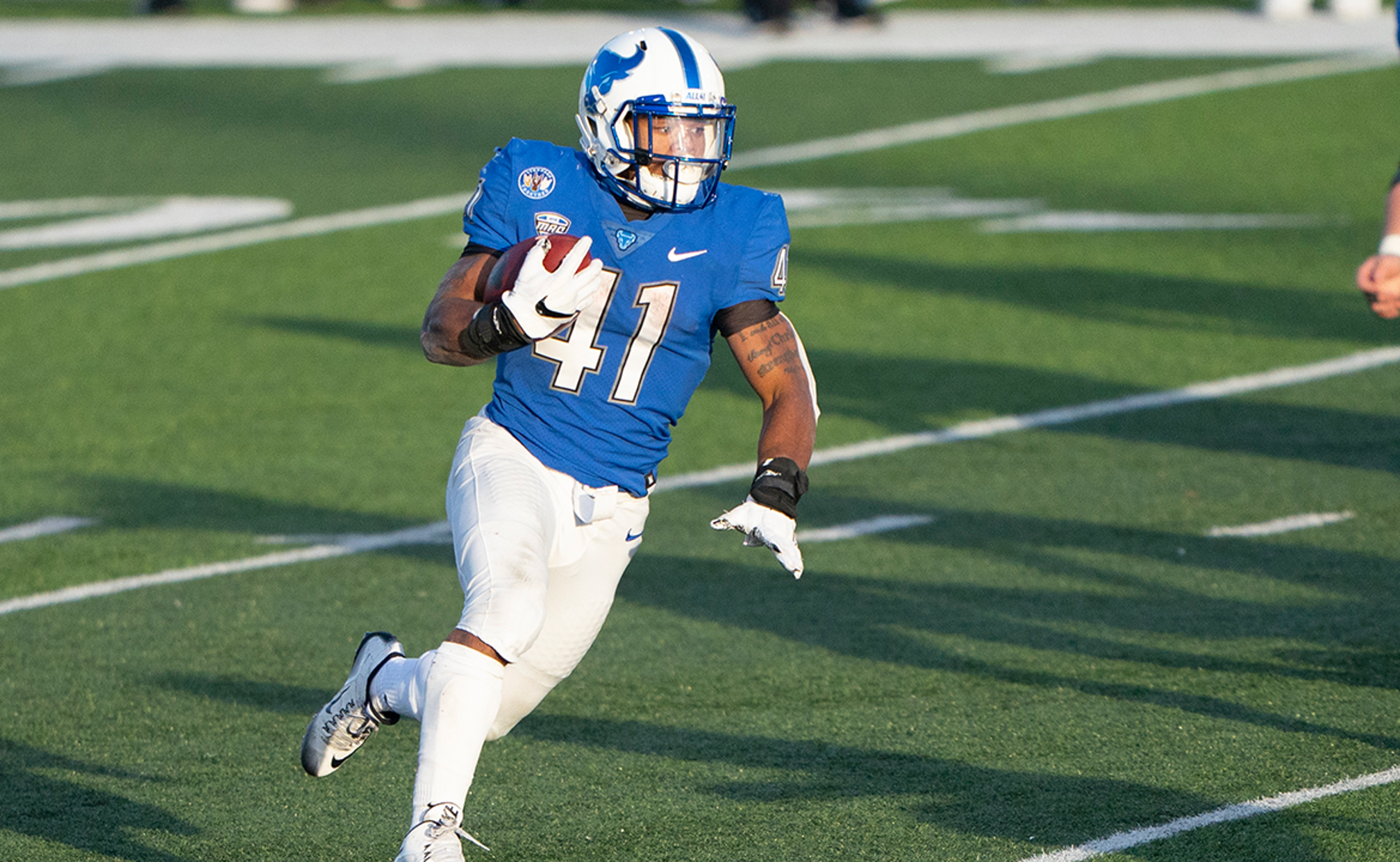 Jaret Patterson might have sent his draft stock through the roof last Saturday.

In a 70-41 victory over Kent State, the Buffalo running back tied the FBS record for rushing touchdowns in a game at eight and tallied the second highest single-game rushing total with 409 yards.

With a performance like that, FOX Sports college football analyst Reggie Bush choice was to make Patterson Playmaker of the Week was an easy one.

The only other 400-yard rushing games in college football belong to Wisconsin’s Melvin Gordon (408 against Nebraska in 2014) and TCU’s LaDainian Tomlinson (406 against UTEP in 1999), yet Patterson's historic day carried a little extra meaning.

Patterson donned No. 41 – instead of his usual 26 – for former teammate defensive end Solomon Jackson, who died of a heart-related issue in March 2016 after collapsing during an offseason workout.

Bulls coach Lance Leipold started the tradition of rotating 41 through the team on a weekly basis, giving it to a player as a reward, and Patterson's single goal was to honor Solomon's legacy:

"I was kind of nervous, but it's a blessing and an honor to wear it. Hopefully I made his family proud."

Patterson also set an FBS record with 12 rushing touchdowns in two games while racking up 710 yards on the ground, and Reggie had to ask how Patterson kept his stamina alive for a full 60 minutes in each contest.

"Any back can start the game off on fire," said Patterson, "but I feel like the great backs finish the game off strong. And that's my mindset. I get stronger and better as the game goes on."

Through only four games, Patterson is just 80 yards short of his third straight 1,000-yard season. Last season, Patterson set a school record with 1,799 yards, and he credits his work ethic for his continued success.

"Just preparation. It's going to be another physical game. I think preparation is very key and practicing hard. When you practice hard the game comes easy."

Patterson and the undefeated Bulls (4-0) will take on Ohio next week, and Buffalo is a heavy favorite (-11.5), according to FOX Bet.

Urban Renewal
Urban Meyer faces a big challenge as he moves to the NFL and tries to take the Jaguars "above the line," writes RJ Young.
23 hours ago