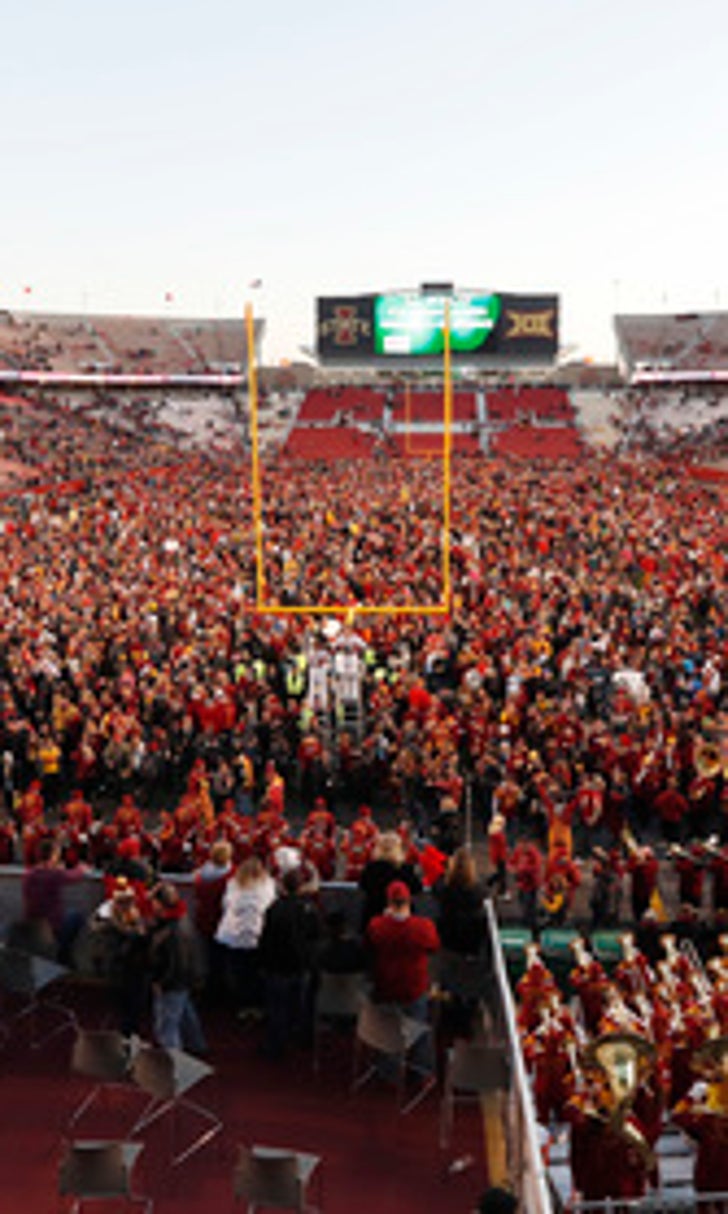 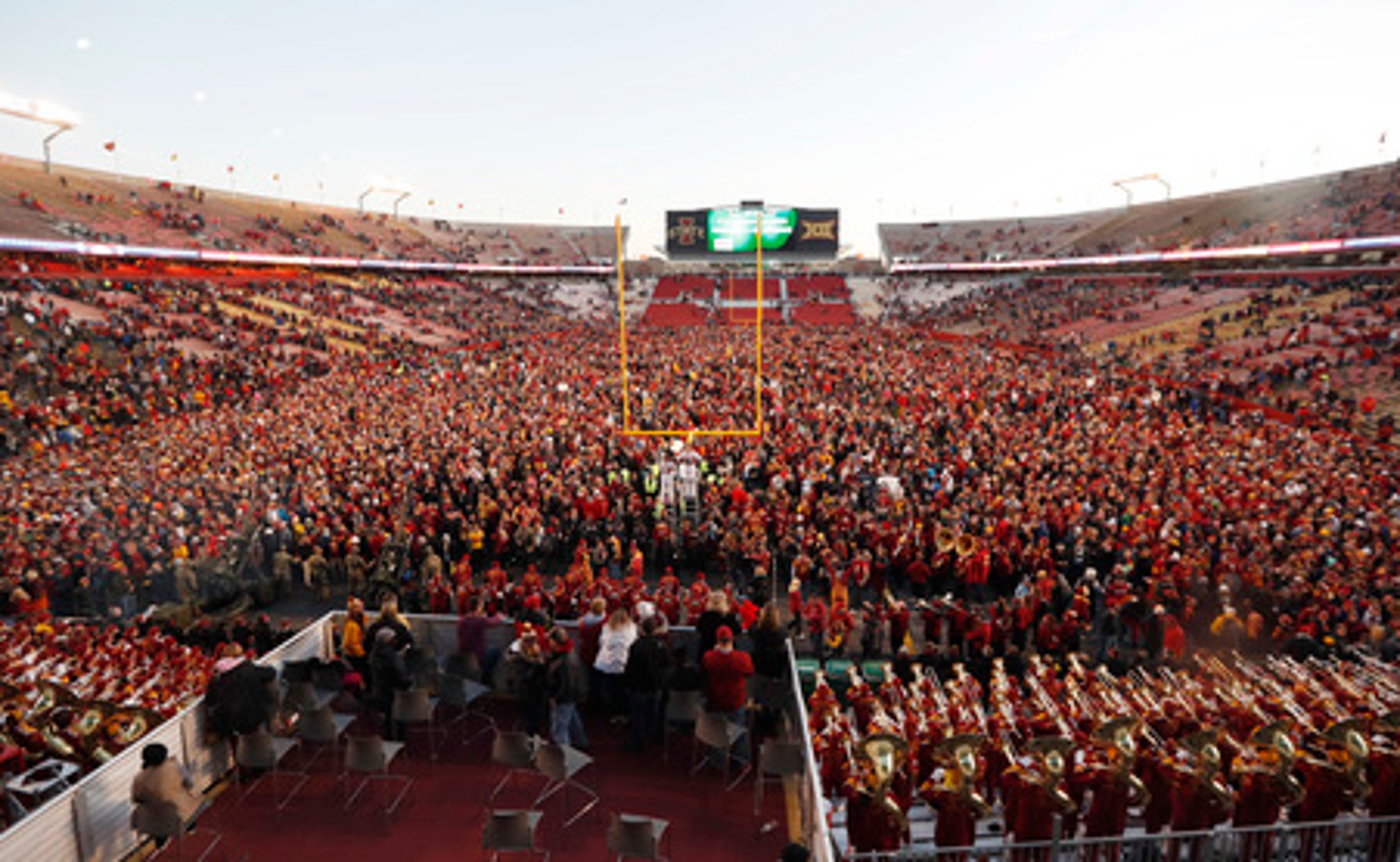 AMES, Iowa (AP) Iowa State will enter November in first place in the Big 12 and in control of its own destiny.

Not bad for a team that has never won the Big 12 and was picked ninth in the preseason league poll.

''The goal has always been to get to November with something to play for,'' Iowa State coach Matt Campbell said.

Even though Iowa State has become one of the nation's most remarkable stories, the chances the program makes the playoff are extraordinarily slim because of early losses to Iowa and Texas at home.

That leaves the one-loss Horned Frogs, Sooners and Cowboys desperate to win out and hope for some outside chaos that would open the door for a team from the Big 12 - which missed the playoff a year ago - to nab one of the four coveted postseason spots.

Things should clear up fairly quickly.

Oklahoma and Oklahoma State square off next week in Stillwater in what essentially will be an elimination game for each program's playoff hopes.

Should the Cowboys survive and then topple Iowa State on the road, they'll be in a strong position to reach the conference title game. Oklahoma State finishes with Kansas State and Kansas at home.

''It's been a big game, both in the Big 12 and on the national scene, for the last several years,'' Oklahoma coach Lincoln Riley said. ''They've got a great football team.''

TCU also is in control of its Big 12 fate despite losing to the Cyclones.

The Horned Frogs, though, will likely need some help to reach the playoff.

TCU fell back into the one-loss mix with the Oklahoma schools, Notre Dame, Penn State, Clemson and others after Saturday's defeat. But the Horned Frogs also get a crack at the Sooners in Norman on Nov. 11.

''We've still got a chance to play for a Big 12 title. Does it hurt our chances for the playoff? Probably,'' TCU coach Gary Patterson said Saturday.

Oklahoma might have the clearest path to the playoff of any team in the Big 12.

The Sooners have a huge road win over Big Ten East-leading Ohio State - which rallied to stun Penn State on Saturday and end the Nittany Lions' unbeaten streak - and its only loss came against the Cyclones.

Remarkably, falling to Iowa State isn't the demerit it usually is in regards to the postseason.