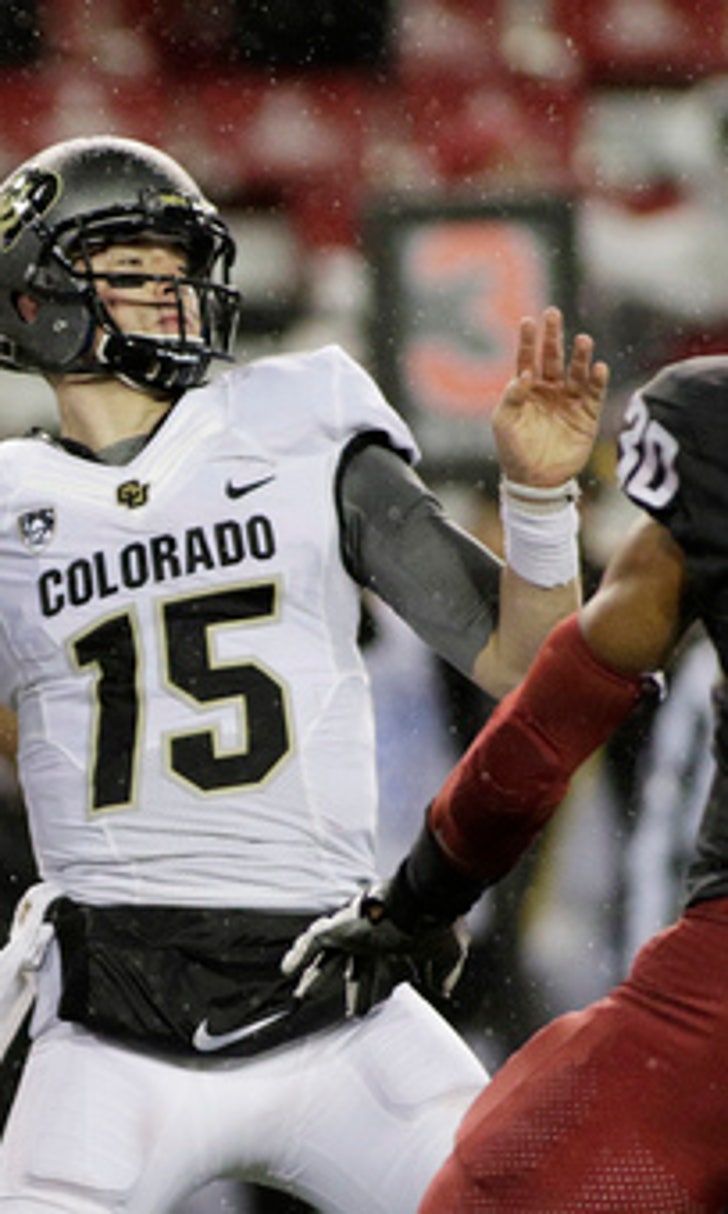 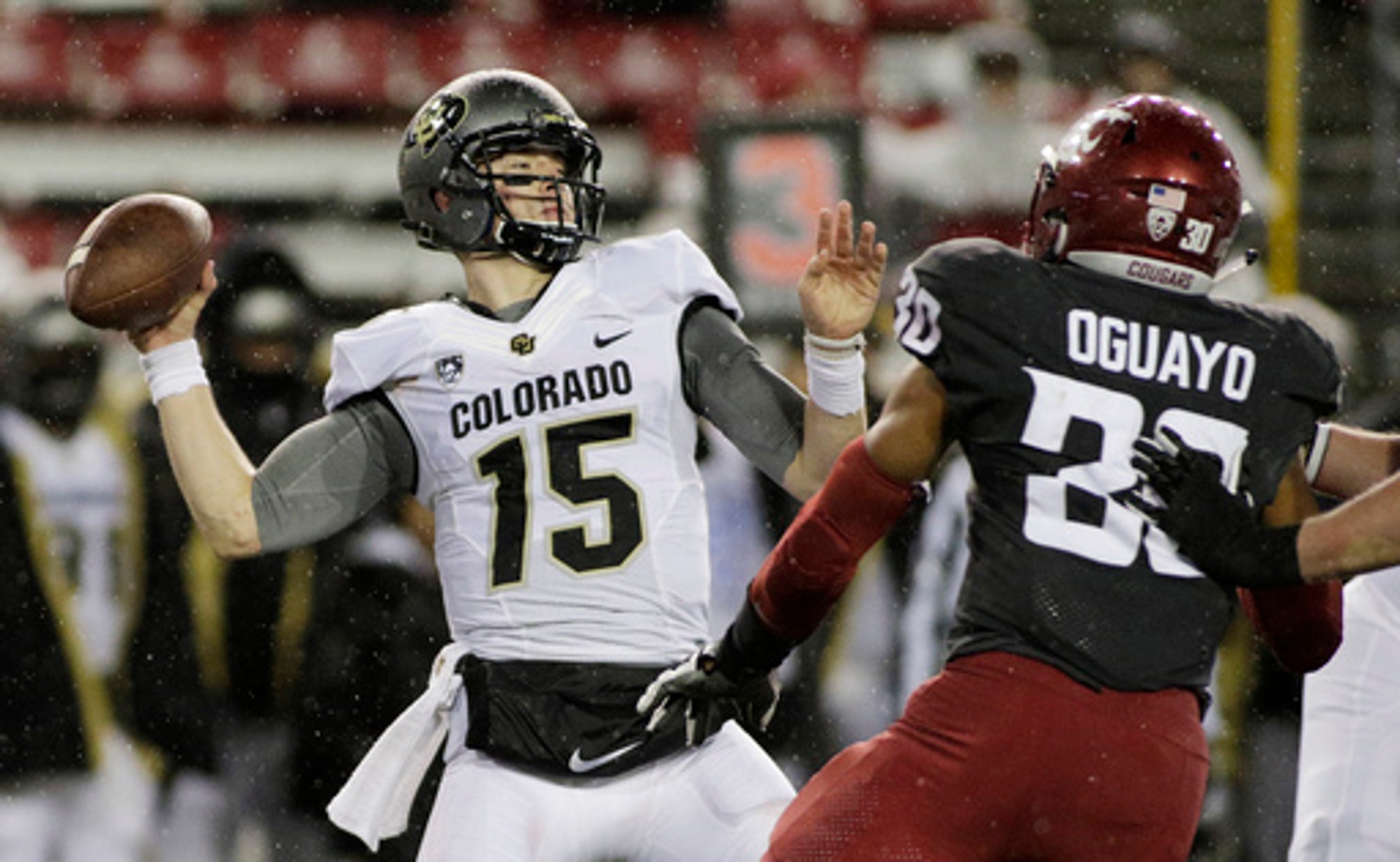 BOULDER, Colo. (AP) ��� The Colorado Buffaloes adopted the phrase "The Rise is Real" when they stormed through the Pac-12 South last year on their way to their first bowl berth since 2007.

The slide is sincere, too.

Coming off their first shutout in 60 games, the Buffaloes (4-4, 1-4 Pac-12) find themselves navigating a quarterback quandary and scrambling to qualify for a bowl bid as they kick off the final month of the season with a homecoming game against Cal (4-4, 1-4) on Saturday at Folsom Field.

After that, they have trips to Arizona State (4-3) and Utah (4-3) sandwiched around a home finale against the USC Trojans, against whom they're 0-11.

"We call these the gold games," Buffaloes coach Mike MacIntyre said. "We have an opportunity to do something that hasn't happened here since 2004. That's what we hope to do. Nobody's gone to back-to-back bowl games since 2004-2005. That's been a long, long time."

Just who will lead them won't be known until just before kickoff when MacIntyre decides whether to stay with freshman Sam Noyer, who played the second half of Colorado's 28-0 loss at Washington State last week, or go back to sophomore Steven Montez.

"We believe in both quarterbacks," running back Phillip Lindsay said. "At the end of the day, they're both here on scholarship for a reason and they're both out there competing and trying to win games. They need to continue to push each other, that's what it's about. For us, we just have to keep moving forward."

It's one of several subplots heading into Saturday's kickoff:

CLOSE CALL: While the Buffs try to bounce back from their first shutout since 2012, the Golden Bears are trying to get over a heartbreaking 45-44 loss to Arizona when freshman linebacker Colin Schooler knocked away Ross Bowers' pass intended for Jordan Duncan near the back of the end zone in the second overtime.

"I thought it was the best chance for us to win based on how that game was going," Cal coach Justin Wilcox said. "It doesn't mean every overtime situation is the same, because it's not. It was a chance for us to win the game and felt like that was the time. We weren't able to execute that play and they did. You have to give them credit. When those things come up, that's the nature of the beast. If it doesn't go your way people are going to second-guess it and we're totally fine with that but we were playing to win."

WHO SHALL LEAD? MacIntyre is hoping that keeping the quarterback competition open during the week sends a message to his team.

"The way that game was going I thought that was the only thing we could do that could spark us in the second half at that time. Both of them have practiced well this week. I'll see what decision I make before we run out behind Ralphie."

Speaking of that, the Buffs are celebrating the 50th anniversary of Ralphie, their live buffalo mascot, this weekend.

On a more somber note, they're also retiring Rashaan Salaam's No. 19 jersey Saturday.

REMEMBERING RASHAAN: The winner of the 1994 Heisman Trophy killed himself last December.

"Rashaan was my roommate my senior year, so we were very close," Denver Broncos coach Vance Joseph said this week. "Rashaan was a sweet person. If you knew Rashaan, he was a great person, first of all. Obviously a great football player and it's sad what happened to Rashaan. He's missed in the Buff community."

MacIntyre got to know Salaam in the years before his death.

AIR SHOW: The last time these teams played, Cal won 59-56 in double overtime when both Jared Goff and Sefo Liufau threw seven touchdown passes and the teams combined for more than 1,200 yards of offense. Nelson Spruce caught 19 passes for 176 yards and three TDs in the losing effort.

"I do remember the Nelson Spruce and Sefo show. They had a quarterback, too. I think he is still playing," MacIntyre deadpanned. "I thought he was pretty good that day also."