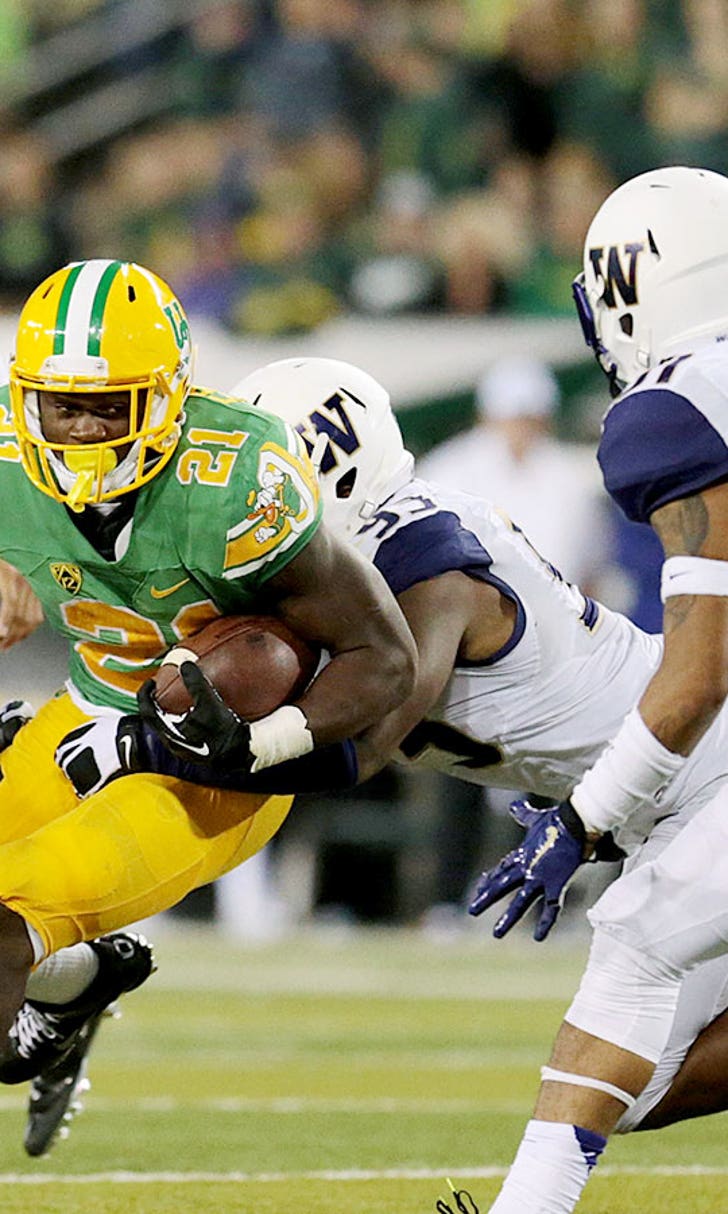 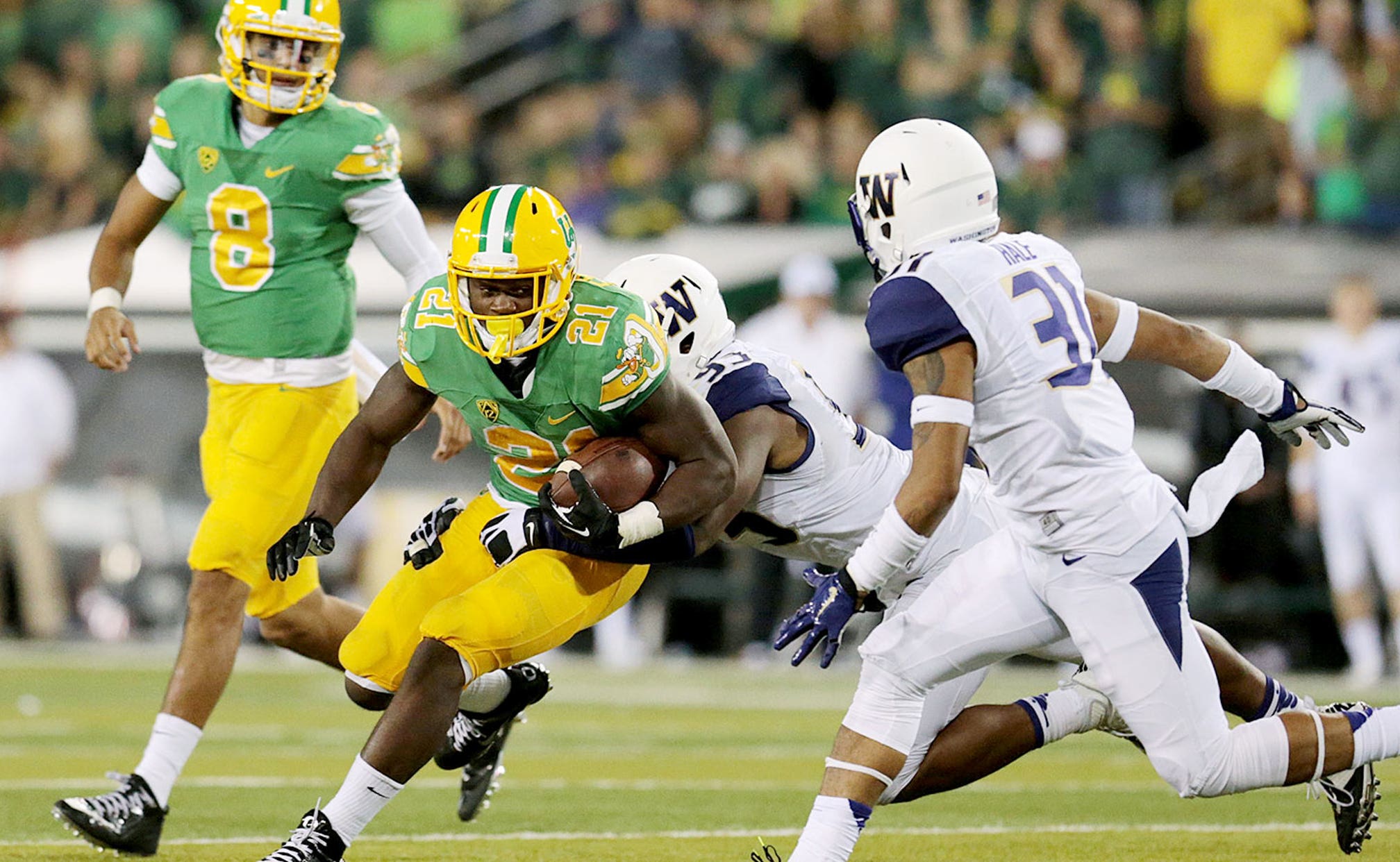 previous story
Marcus Mariota's lack of red flags was an NFL red flag, Oregon coach said
next story
Why Oregon is still the favorite in the Pac-12 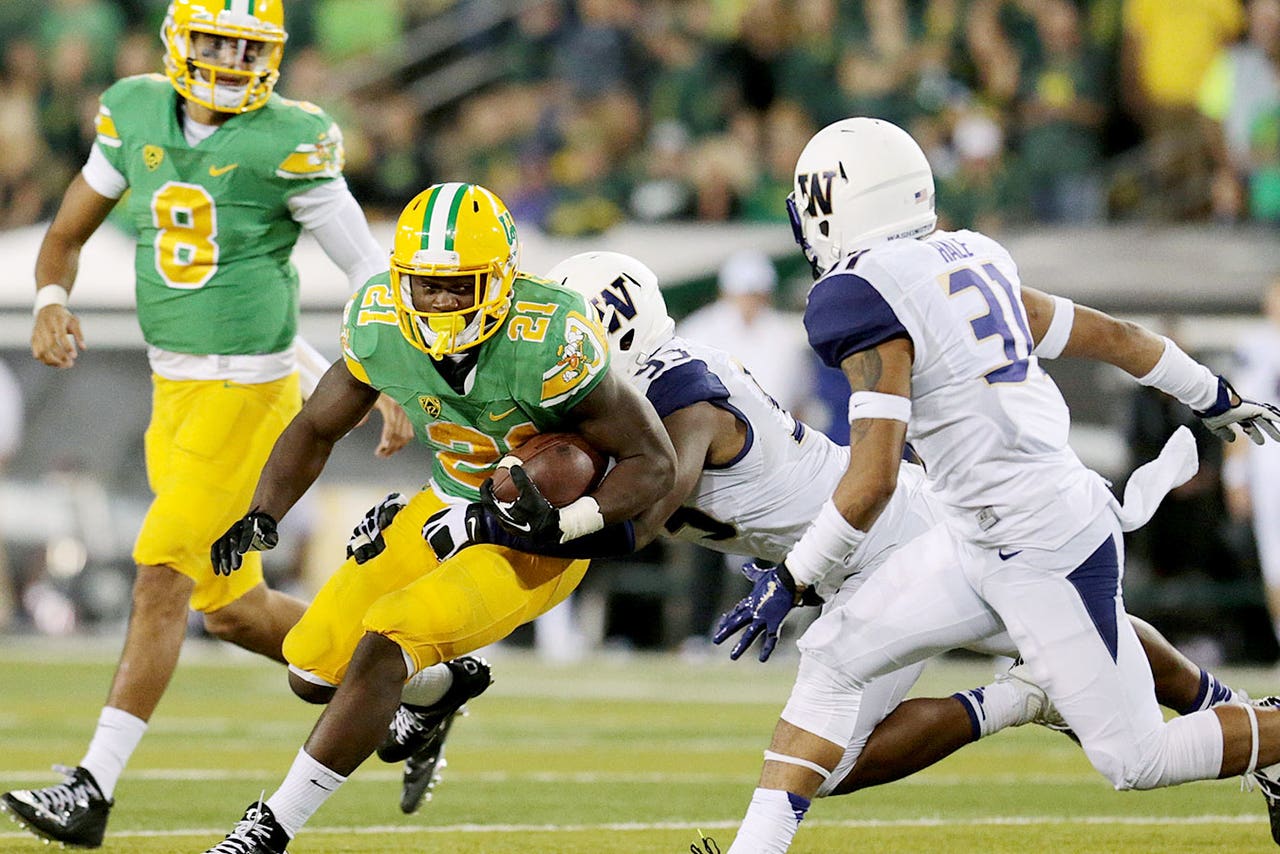 While Oregon may have the best collection of wide receivers and running backs in the country, there is one player that stands above the rest: RB Royce Freeman.

The sophomore sensation burst onto the scene in 2014 as a freshman. In his first campaign as a Duck, Freeman ran for 1,365 yards and scored 18 touchdowns on the ground. For his play, Freeman was named the Pac-12's offensive freshman of the year.

Now, in his second season, Freeman will be tasked with being the focal point of Oregon's deadly offense. Can he follow up his freshman of the year award with the Pac-12's offensive player of the year award?

Eric Cech of 247 Sports recently revealed why he believes Freeman can win the award this season:

"If an Oregon player is going to take home this award, Royce Freeman is the guy to do it. The Pac-12’s Offensive Freshman of the Year a season ago, Freeman was Oregon’s first true freshman to eclipse the 1000 yard mark. Though he split carries with Thomas Tyner for much of the season, Freeman still racked up nearly 1400 yards and 18 touchdowns.

Freeman is back for his sophomore season after drawing rave reviews from Oregon’s coaching staff this Spring. Though Oregon’s running back and receiver positions are stocked with talent, the question of the Ducks’ next signal caller is up in the air. With the uncertainty at quarterback still unresolved, Scott Frost will rely heavily on his ground game early in the season to carry the Ducks’ offense and help the new quarterback settle into the offense.

While Freeman will have to split carries with Tyner again this season, he is the true workhorse of the Oregon offense and will have a monster season yet again. Look for him to near the 1500 yard mark and eclipse 20 rushing touchdowns this season."