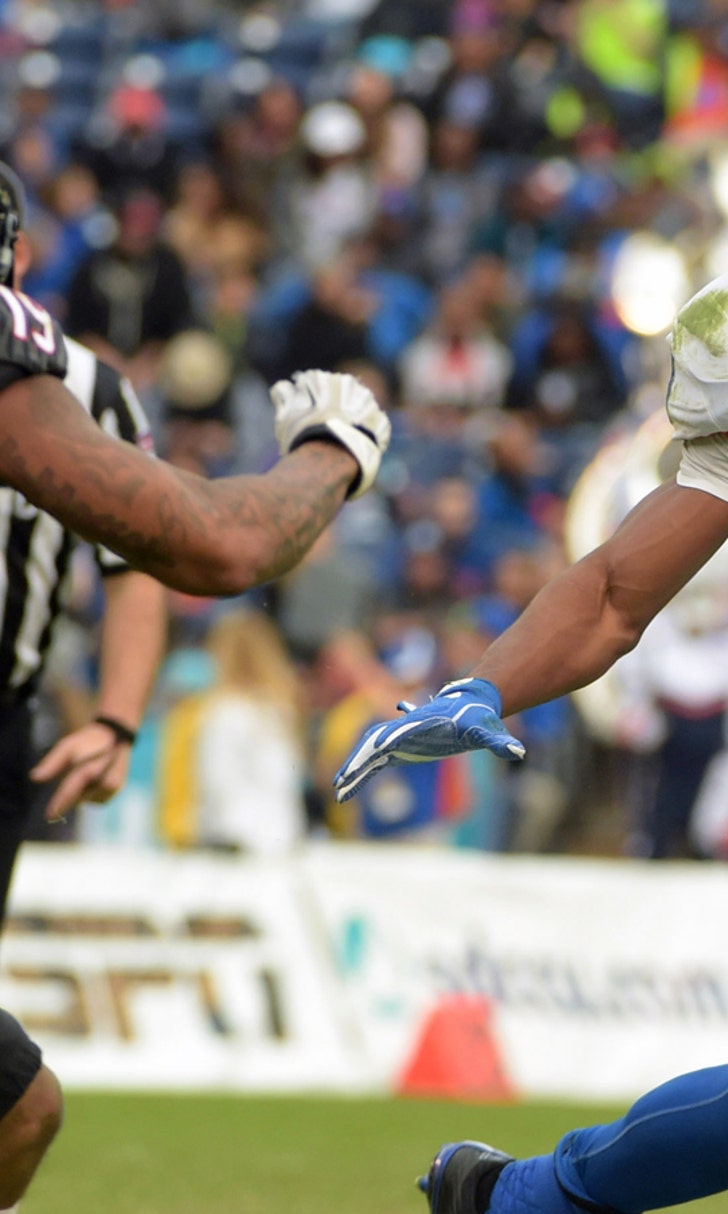 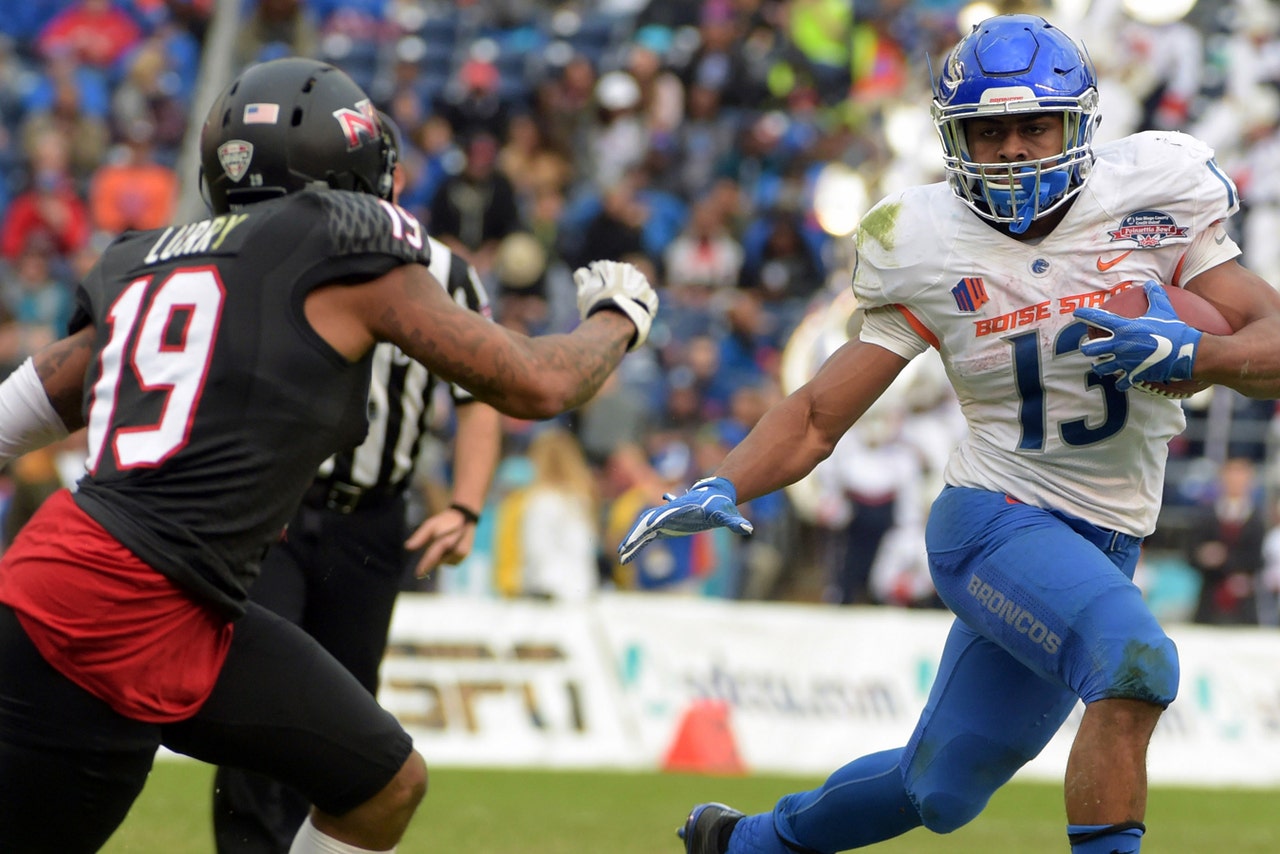 The Poinsettia Bowl was just beginning, yet it was essentially over.

The Broncos (9-4) took the opening kickoff and moved 75 yards in three plays for the fastest TD in the school's bowl history. After completions of 7 and 39 yards by Brett Rypien, McNichols ran 29 yards for a touchdown just 58 seconds in.

"It was huge. We always start fast," McNichols said. "Even in practice, we come out fast and run a paced offense. That first touchdown, we practiced it all week and we hit it exactly like we were supposed to."

McNichols and the Broncos kept piling on as the running back from Long Beach scored on each of the next two possessions, on a 4-yard pass from Brett Rypien and on a 1-yard run.

"It's fun for all of us," McNichols said. "When we score points, we get to throw deep, we run different formations, different shifts. It's hard for defenses to prepare for our offense. It's a great job by the coaches."

McNichols ran 19 times for 93 yards and caught five passes for 96 yards. The sophomore came in tied with Heisman Trophy winner Derrick Henry of Alabama for the national lead with 23 TDs.

Rypien, a freshman, was 29 of 40 for 377 yards and three touchdowns, with one interception.

"He did an amazing job," McNichols said. "He took control of the offense for us. He prepared in the film room and gave us everything he had. He did great."

The Huskies added to their misery by losing three fumbles in the first half. Tyler Gray recovered two of them.

"Sometimes the ball just rolls your way, and that helped me today to be in the right place a couple of times," Gray said. "I think tonight you saw how well we really can play. We played great all season, but tonight showed how good we can be."

The Huskies were left disappointed in falling to 0-3 in the Poinsettia Bowl.

"Give credit to Boise State," coach Rod Carey said. "That's a good football team and today they made all the plays. They were certainly the more physical team. When you can control the line of scrimmage on both sides of the ball it makes for a good day for them. It wasn't a good performance for us."

Said center Andrew Ness: "They were a great team and defensively they were rock-solid. But we played our worst game when we wanted to play our best."

The Huskies avoided a shutout when Aregeros Turner returned a kickoff 96 yards for a touchdown to make it 24-7 midway through the second quarter.

Rypien added an 18-yard scoring pass to Alec Dhaenens in the third quarter.

The reserves took over in the fourth quarter. Backup running back Kelsey Young scored on a 24-yard run and backup quarterback Thomas Stuart scored on a 1-yard keeper.

Boise State improved to 1-1 in the Poinsettia Bowl.

Boise State Broncos
share story
those were the latest stories
Want to see more?
View All Stories
Fox Sports™ and © 2020 Fox Media LLC and Fox Sports Interactive Media, LLC. All rights reserved. Use of this website (including any and all parts and components) constitutes your acceptance of these Terms of Use and Updated Privacy Policy. Advertising Choices. Do Not Sell my Personal Info