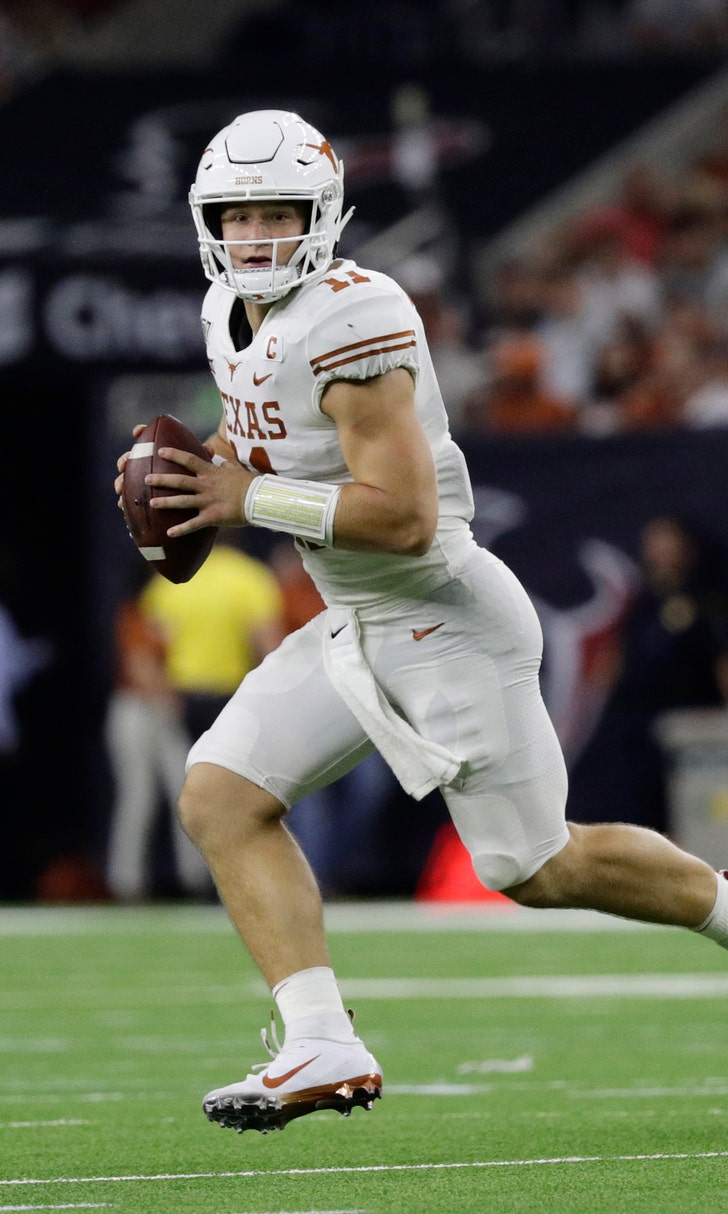 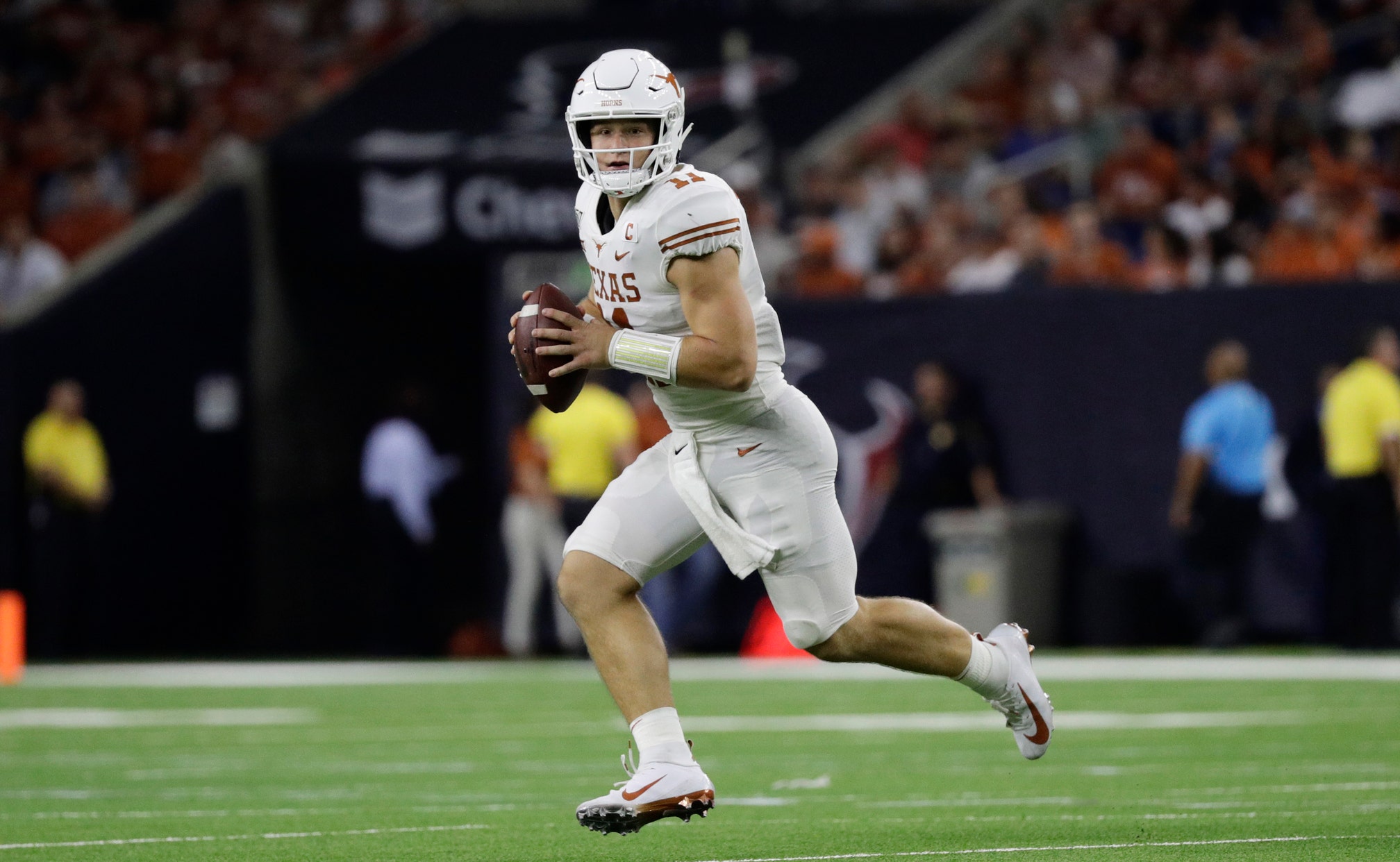 The Big 12 has long been a quarterback's league. It has six Heisman Trophy winners in the last 18 seasons, and Oklahoma could produce its third in a row this year.

While graduate transfer Jalen Hurts has a Sooners quarterback in the Heisman conversation again, the Big 12 also has a deep group of young quarterbacks leading offenses that can score points in a hurry.

Eight Big 12 teams started non-seniors at quarterback in their last games. And with Texas junior Sam Ehlinger off to a record-setting pace, he could become part of that Heisman discussion.

Ehlinger, who has started 24 of his 27 career games, has 1,237 yards passing this season — the most after four games in Longhorns history. He has thrown a league-high 15 touchdowns (six more than Hurts) against only one interception, which came on a tipped ball.

Texas has an open date Saturday, when there is a Big 12 opener featuring Iowa State sophomore Brock Purdy and Baylor junior Charlie Brewer. Purdy is coming off an unprecedented game for a Big 12 quarterback, while Brewer will make his 20th start for the undefeated Bears.

"He's a fantastic player," Baylor coach Matt Rhule said of Purdy, who last week had the league's first 400-yard passing game that included three passing touchdowns and three rushing TDs. "He's a true dual-threat quarterback, but the biggest thing for a young quarterback is his ability to drop back and throw on time. It's really impressive."

Purdy became Iowa State's first true freshman starting quarterback since 1995 midway through last season, then was 7-2 with a 6-1 mark against conference opponents. His 329.7 yards passing per game this season for the Cyclones (2-1) are second only to Alan Bowman's 340 for Texas Tech. The sophomore, who started seven games as a true freshman last year, will miss several weeks after injuring his shoulder in the Red Raiders' last game Sept. 14.

"He's a guy that I think provides a great challenge, especially a guy that's so veteran in the system," Iowa State coach Matt Campbell said of Brewer. "Not only just his intangibles he's got physically, but obviously the mental piece of it too, it makes him really special."

Overshadowed by LSU's Joe Burrow in Texas' 45-38 loss on Sept. 7 was Ehlinger's 401-yard, four touchdown night. The Longhorns trailed 20-7 at halftime before Ehlinger's superb second half.

While well on pace to smash Colt McCoy's single-season passing TD record of 34 set in 2008, Ehlinger has also been more patient and opportunistic as a runner. His 29-yard run on third down inside the final 90 seconds against Oklahoma State sealed a wild victory; he also had to rally the Longhorns with a third-quarter touchdown pass, his fourth of the game on a double-pitch trick play.

There is the chance for a big Heisman boost if he can shine against the Sooners when going head-to-head with Hurts in the annual Red River rivalry game at the State Fair of Texas on Oct. 12.

West Virginia's starter is junior Austin Kendall, a transfer from Oklahoma who started only one game for the Sooners the past three seasons. The Mountaineers also have a new coach in Neal Brown.

There are now two freshmen starting, with redshirt Spencer Sanders at Oklahoma State and Max Duggan at TCU less than a year after he was the top high school quarterback in Iowa.

Texas coach Tom Herman told Gundy after last week's game that "he's got himself one in that quarterback (Sanders). Man, that guy is very, very difficult to defend in that offense and the way he can run the football."

Alex Delton, a grad transfer from K-State, started TCU's first two games. Duggan entered the on the third series of both of those games, and played 11 of the 14 series in a three-touchdown win at Big Ten team Purdue before his first start in a 41-38 home loss to SMU last Saturday.

Duggan was only 1-of-10 passing for 22 yards and fumbled twice in the first half against SMU, but was 15 of 26 for 166 yards and three touchdowns after halftime. He has five TD passes without an interception in his 77 attempts this season.

"The young quarterback, we still have some growing pains. ... It's a work in progress," coach Gary Patterson said. "He's made some mistakes, but I think he'll keep growing from it."