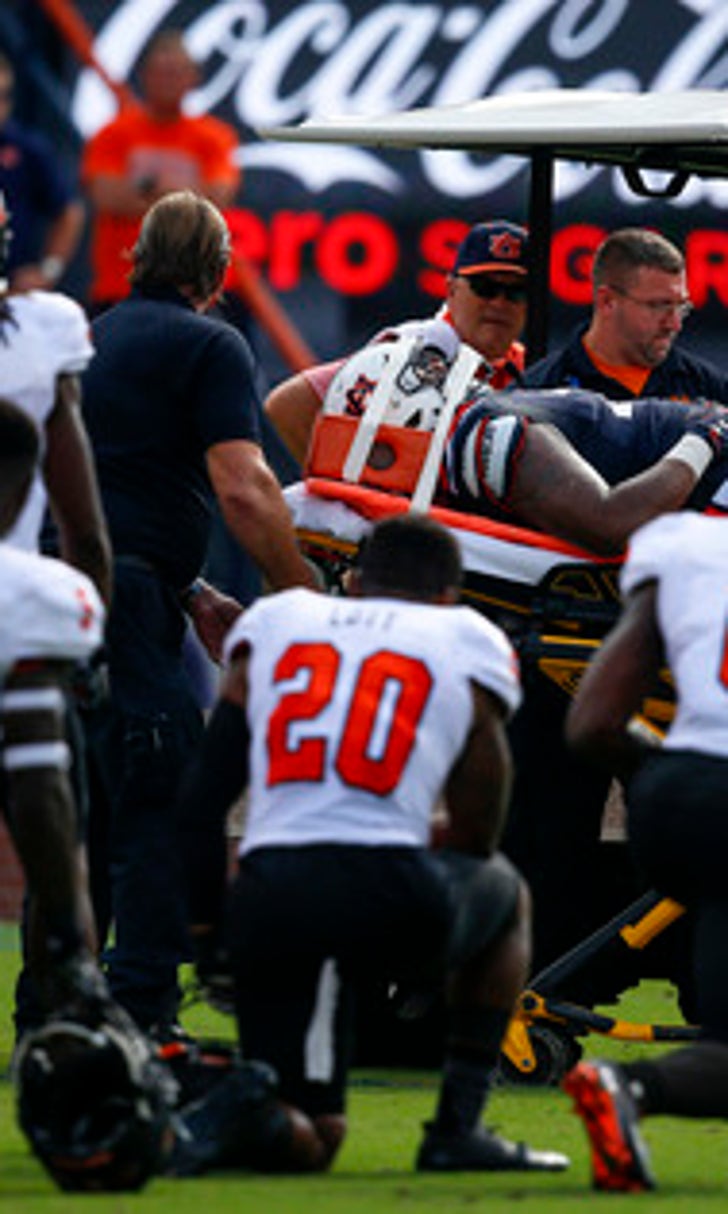 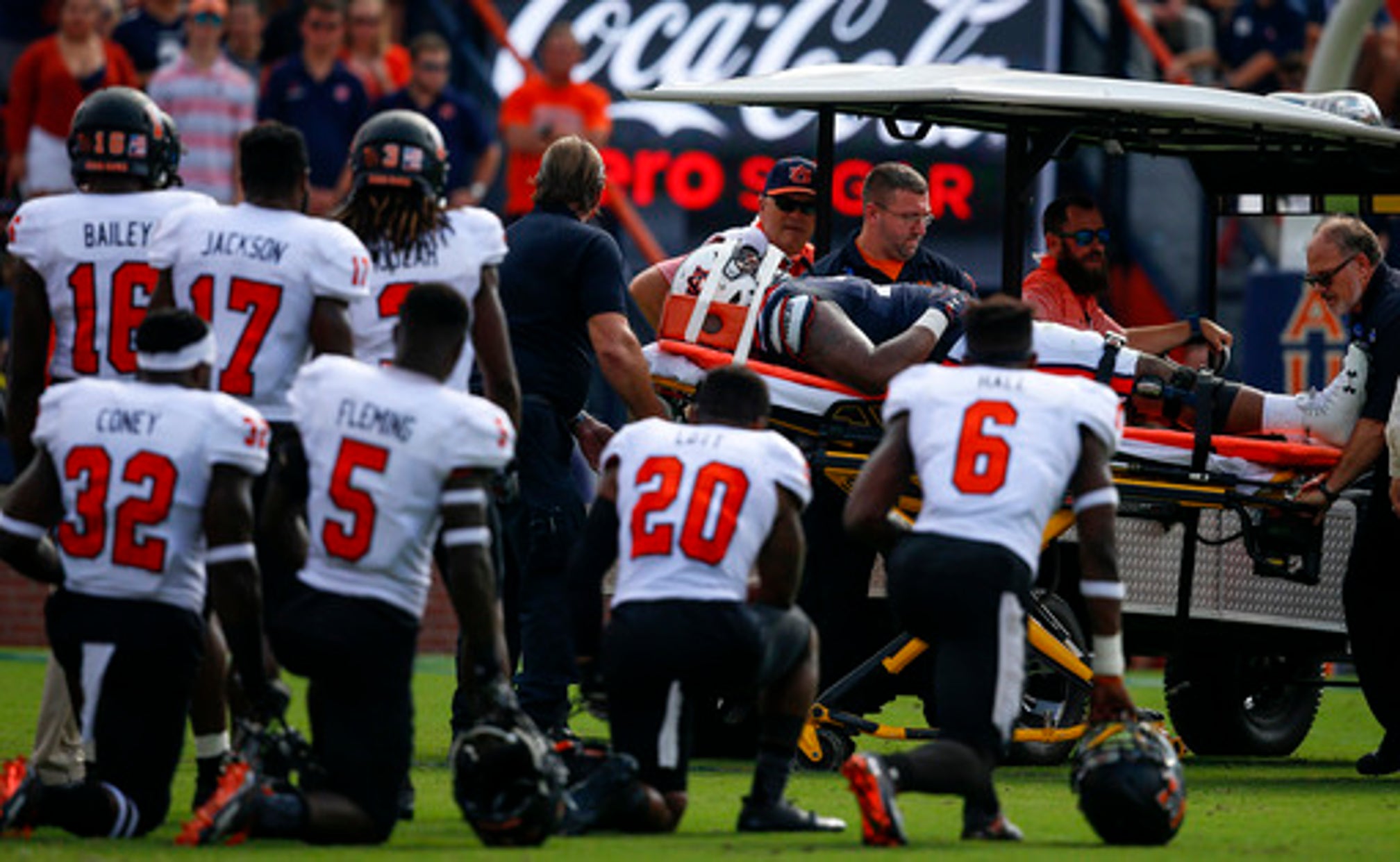 AUBURN, Ala. (AP) Auburn right tackle Darius James was expected to make a full recovery after being carted off the field on a stretcher during the second quarter Saturday against Mercer.

On a routine, 3-yard run by Kamryn Pettway , James went down and teammate Mike Horton landed on his back. The 324-pound senior remained sprawled out on the turf, face down and showing no movement while being treated.

James' neck was stabilized and he was flipped over gently onto a backboard before being lifted onto the stretcher. Both teams kneeled in front of the respective benches, clearly concerned about James' condition.

School officials announced that James had feeling in all his extremities before he was being taken to East Alabama Medical Center for further evaluation of an apparent neck injury. After the game, coach Gus Malzahn said the player was not seriously injured.

As he was taken off the field on a cart, James was applauded by the crowd of more than 80,000 at Jordan-Hare Stadium but never appeared to move. His arms were folded across his stomach, while his head - still wearing his helmet - was taped down.