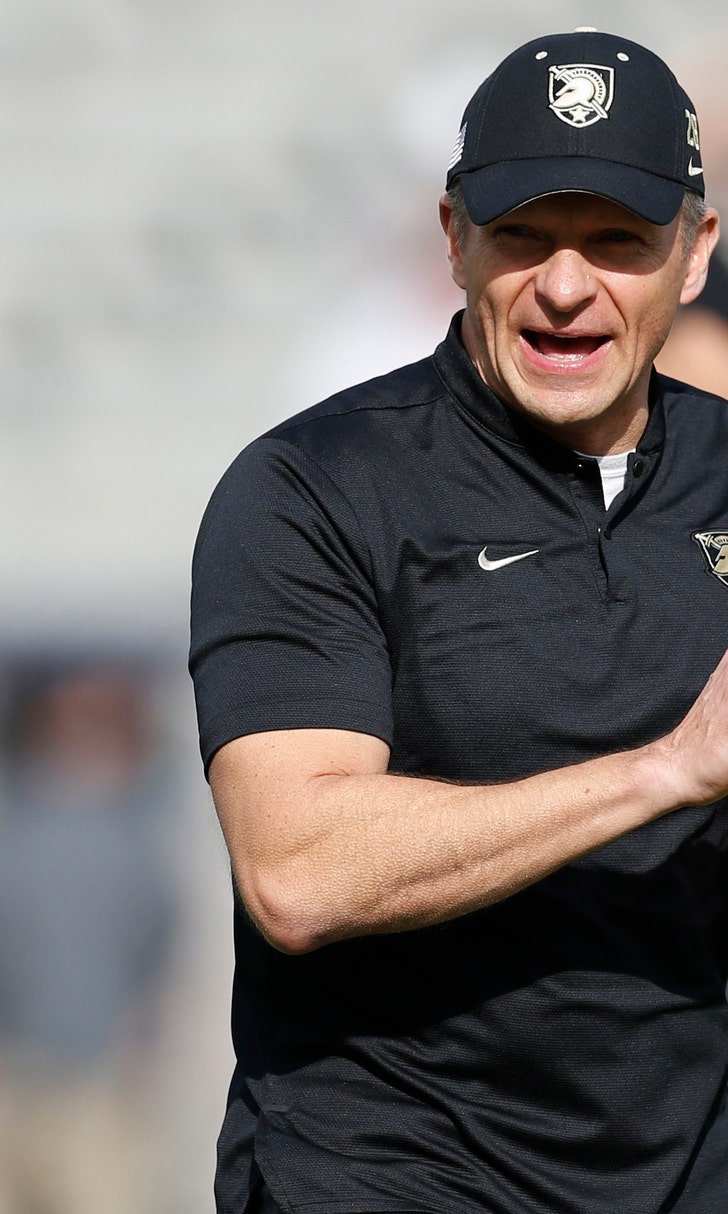 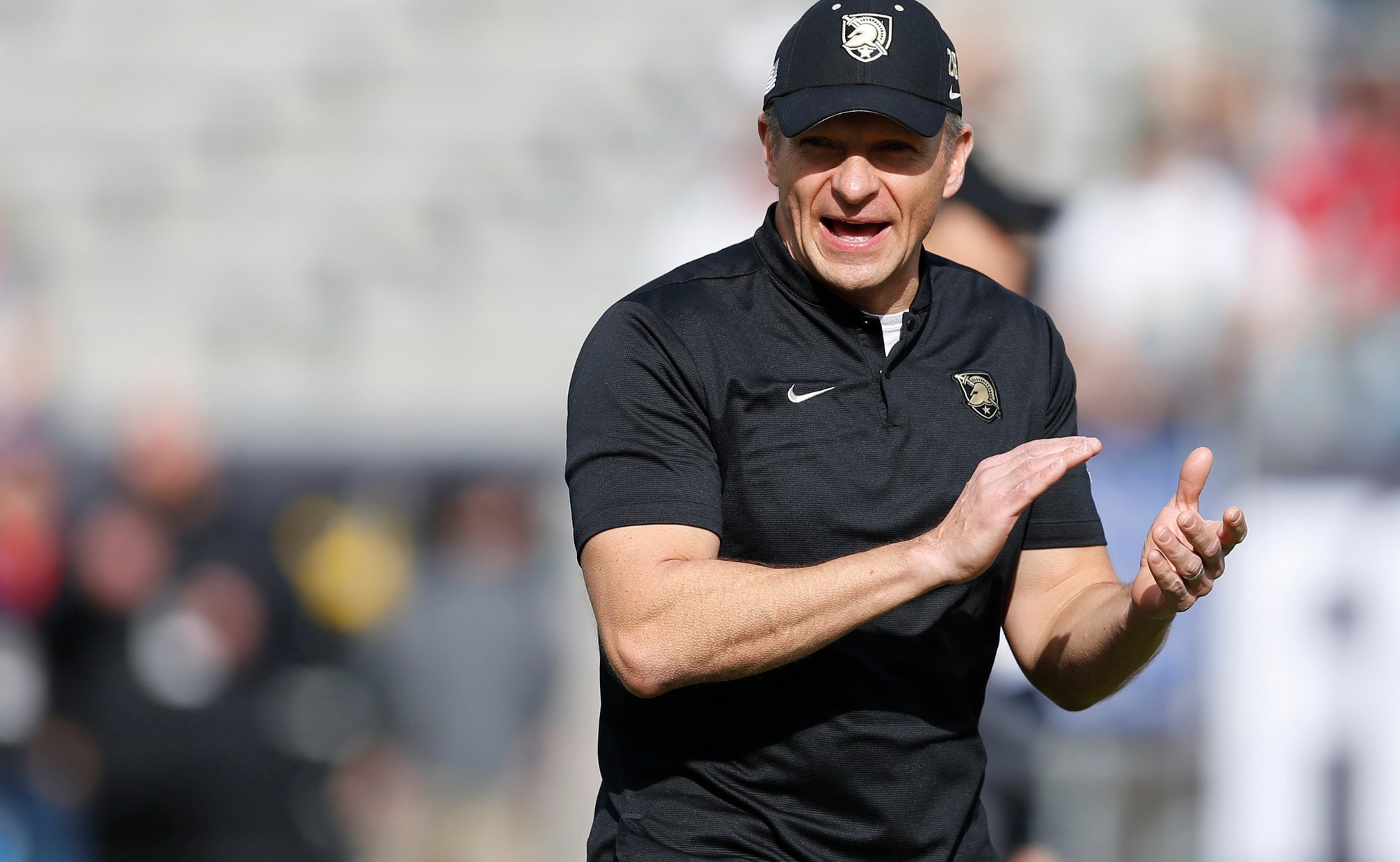 Army looks to bounce back against UTSA after tough loss

Now it's time to regroup.

After their near-upset in the Big House, the U.S. Military Academy heads head to Texas to face UTSA in San Antonio's Alamodome on Saturday. Army has more than 20 players from Texas and the military-friendly city has hosted the Black Knights twice before. San Antonio is home to one of the largest concentrations of military bases in the U.S., as well as the defense department's largest medical center.

This will be the first time Army is a favorite to win there and the Black Knights should have plenty of road support in the stands.

Army had its chance for the academy's first win over a top-10 team since 1963 as the Black Knights' ball-control, option offense kept Michigan off-balance all day. It was nearly identical to their near-upset of Oklahoma last season, but both efforts ended with losses in overtime.

"Our kids were very hurt. It still stings. It's hard to swallow being that close to beating another top-10 team and falling short," Army coach Jeff Monken said. "But, gosh, I can't say enough about the belief that our guys had that they were going to win ... Now we move on."

The Roadrunners must regroup from a much different kind of loss: a 63-14 road whipping at Baylor . UTSA gave up 368 yards rushing and must quickly recover in that department before facing Army's methodical run game.

As an independent, Army will be bouncing around the country, from coast to coast and even deep into the Pacific at Hawaii, as they seek a fourth consecutive bowl bid. The Black Knights are the last non-conference opponent for UTSA before the start of the Conference-USA schedule.

Army had a similar schedule in 2018, when it won 11 games, the most in academy history.

"We've just got to move on and win every game the rest of the year," Army senior linebacker Cole Christiansen said.

A few things to watch for when Army meets UTSA:

The Roadrunners count on quarterback Frank Harris to do it all in the offense, but he had a rough game against Baylor with just three yards rushing and 93 passing in the blowout loss. He'll need to get one of those elements rolling to keep the Black Knights' offense off the field.

"I shared with him that you don't need to carry the burden," UTSA coach Frank Wilson said "That falls on my shoulders."

UTSA would like to lean on freshman tailback Sincere McCormick to share the load with Harris. The first Roadrunners' true freshman to start a season opener since the program's inaugural season in 2011, he had 87 yards on 12 carries against Baylor. Most of that came on a 54-yard touchdown run.

Last year, Army ranked second nationally with only eight turnovers, losing just five fumbles in more than 900 snaps. That's a big key for a team whose offense relies on keeping the ball away from its opponents — Army led the nation in time of possession at more than 38 minutes per game in 2018. Through two games this season, the Black Knights have four turnovers — three lost fumbles and one interception and possession time is down more than five minutes.

"That's not our game," said senior running back Kell Walker, who had one of Army's two lost fumbles against Michigan. "We've got to take care of the ball."

Black Knights senior defensive back Elijah Riley was a force against Michigan with 13 tackles, two sacks and a forced fumble in the double-overtime loss. He'll be the guy the Roadrunner offense has to account for on every snap. Christiansen had 12 tackles and a forced fumble as Army held Michigan to 340 total yards.

The field goal units for both of these teams are mostly untested. Army kicker Cole Talley's only attempt this season was a missed 50-yarder on a potential game-winner against Michigan at the end of regulation. The Roadrunners haven't even attempted a field goal through two games, but kicker Hunter Duplessis is perfect on seven extra points.

UTSA Roadrunners
share story
those were the latest stories
Want to see more?
View All Stories
Fox Sports™ and © 2020 Fox Media LLC and Fox Sports Interactive Media, LLC. All rights reserved. Use of this website (including any and all parts and components) constitutes your acceptance of these Terms of Use and Updated Privacy Policy. Advertising Choices. Do Not Sell my Personal Info