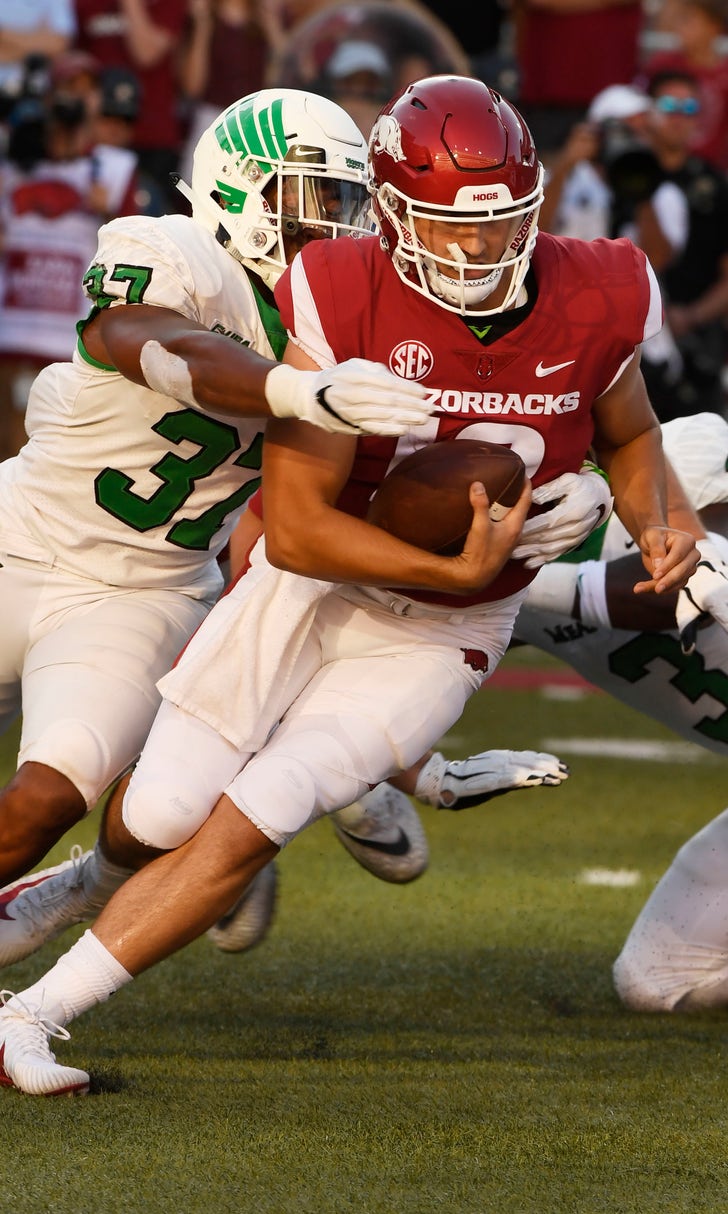 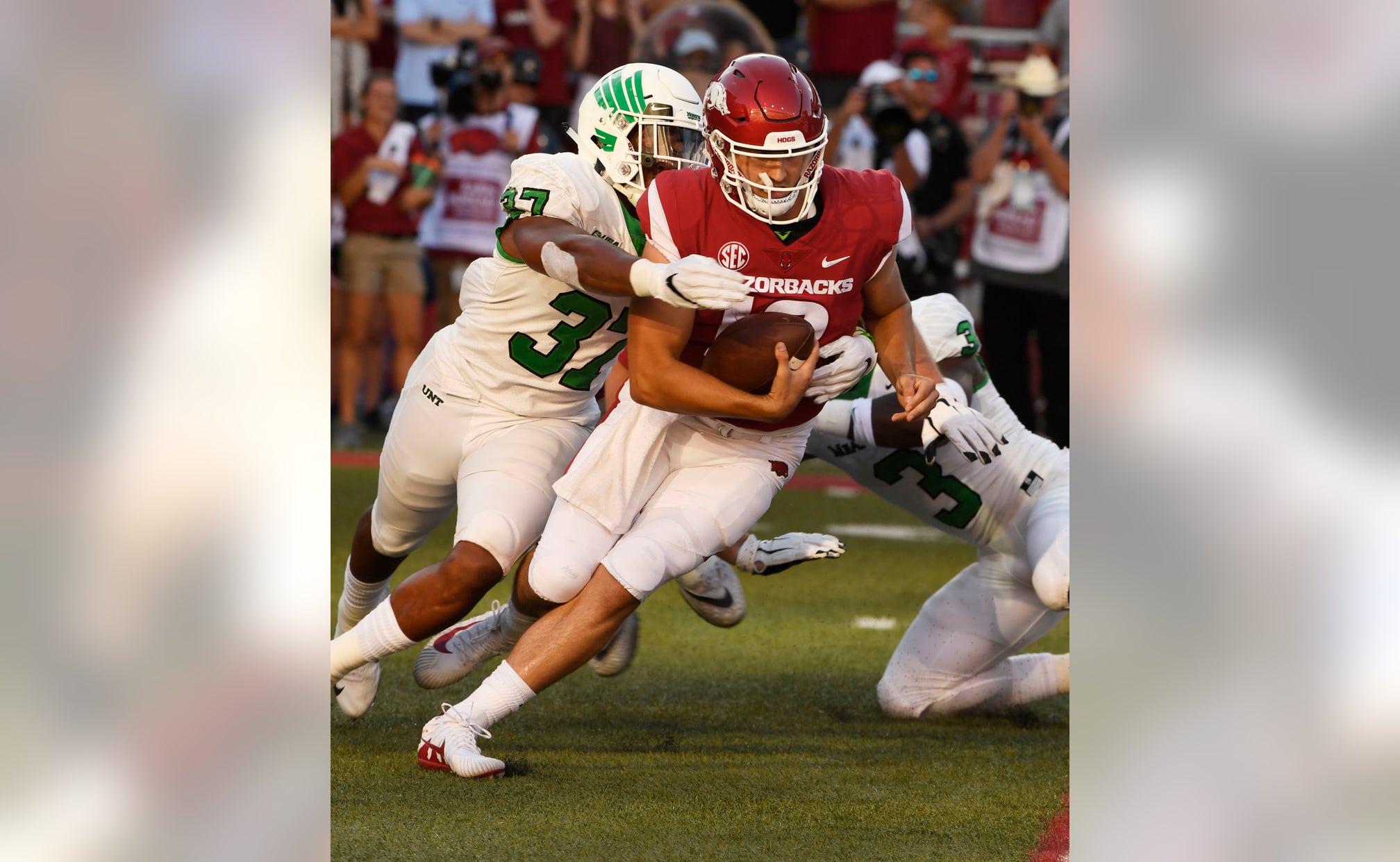 Arkansas QB Ty Storey will start at No. 9 Auburn

FAYETTEVILLE, Ark. (AP) — When freshman quarterback Connor Noland entered the game against North Texas at the 6:17 mark in the third quarter, what was left of the Arkansas crowd made its cheers heard loud and clear.

Stepping on the field deep in his own territory with little chance of putting together a scoring drive, it was nonetheless a bright spot in a disappointing loss over the weekend that dropped Arkansas to 1-2 in Chad Morris' first year as head coach of the Razorbacks. An unknown future was much more tolerable than the present, when it seems the Razorbacks don't have another given win remaining on their daunting schedule that continues Saturday night on the road against No. 9 Auburn.

Morris said Monday that Ty Storey will start at quarterback against the Tigers.

And the coaches were clear in their message: the best 11 guys will play on both sides of the ball, and overloading the depth chart with younger players for the sake of experience isn't in the cards yet.

"Ty Storey will start for us, and as we take this thing forward, we look forward to this challenge," Morris said. "The message is that we want to settle on someone. We came into the game last week with the intent to settle with Cole (Kelley)."

Even after three first-half interceptions, Arkansas stayed with Kelley. The sophomore's fourth interception was enough and Noland got his chance soon after.

"That was on Cole, that was a bad read on his part," offensive coordinator Joe Craddock said.

Noland went 4 for 7 for 25 yards and an interception. A glimpse into his dual-threat ability came on a 3rd and 6 play in his first drive. He rolled to his left, where he was met by pressure. Instead of giving up on the play, he rolled back to his left, broke a tackle in the backfield and scrambled ahead for 13 yards and a first down. The cheers recalled a similar scene in 2006 when Mitch Mustain took the field for Arkansas for the final two drives during a blowout loss to Southern California

In both cases, fans' excitement about the future drowned out their disappointment. Fellow freshman John Stephen Jones also played Saturday, giving some experience to two guys who could battle for the starting job someday.

"I wanted to get those freshmen in and get them some reps, especially with the circumstance of the game," Morris said. "I wanted to see how those guys would respond. I thought they did a good job. We'll go back in and reevaluate it and see what the direction is from here."

By naming Storey the starter, the Razorbacks are not banking on the youngsters yet. Against Eastern Illinois, the junior threw for three touchdowns and only five incompletions after he came in to start the second quarter. He couldn't replicate that success a week later at Colorado State and he didn't play at all against North Texas.

He will get another chance at Auburn

"Regardless of the practice, regardless of the way things go, I wanted him to know from yesterday, 'Hey, we're gonna go with you,'" Morris said. "His exact words to me were, 'Let's go, coach.'"

Storey will likely look to young receiver Mike Woods, who led the team with 61 receiving yards against the Mean Green.

"He made some unbelievable catches down the field and some intermediate stuff," Craddock said. "We know what we've got in Mike, and we're excited about him. I think he's got a really bright future, and he's going to continue to get better."