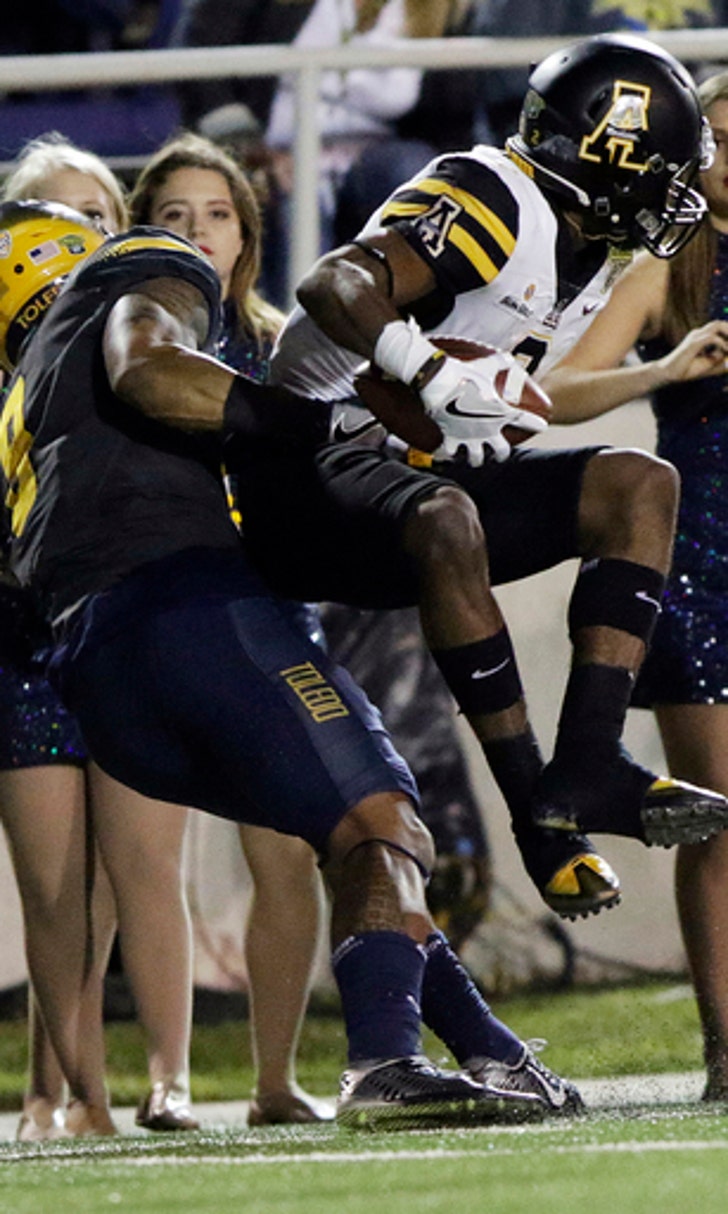 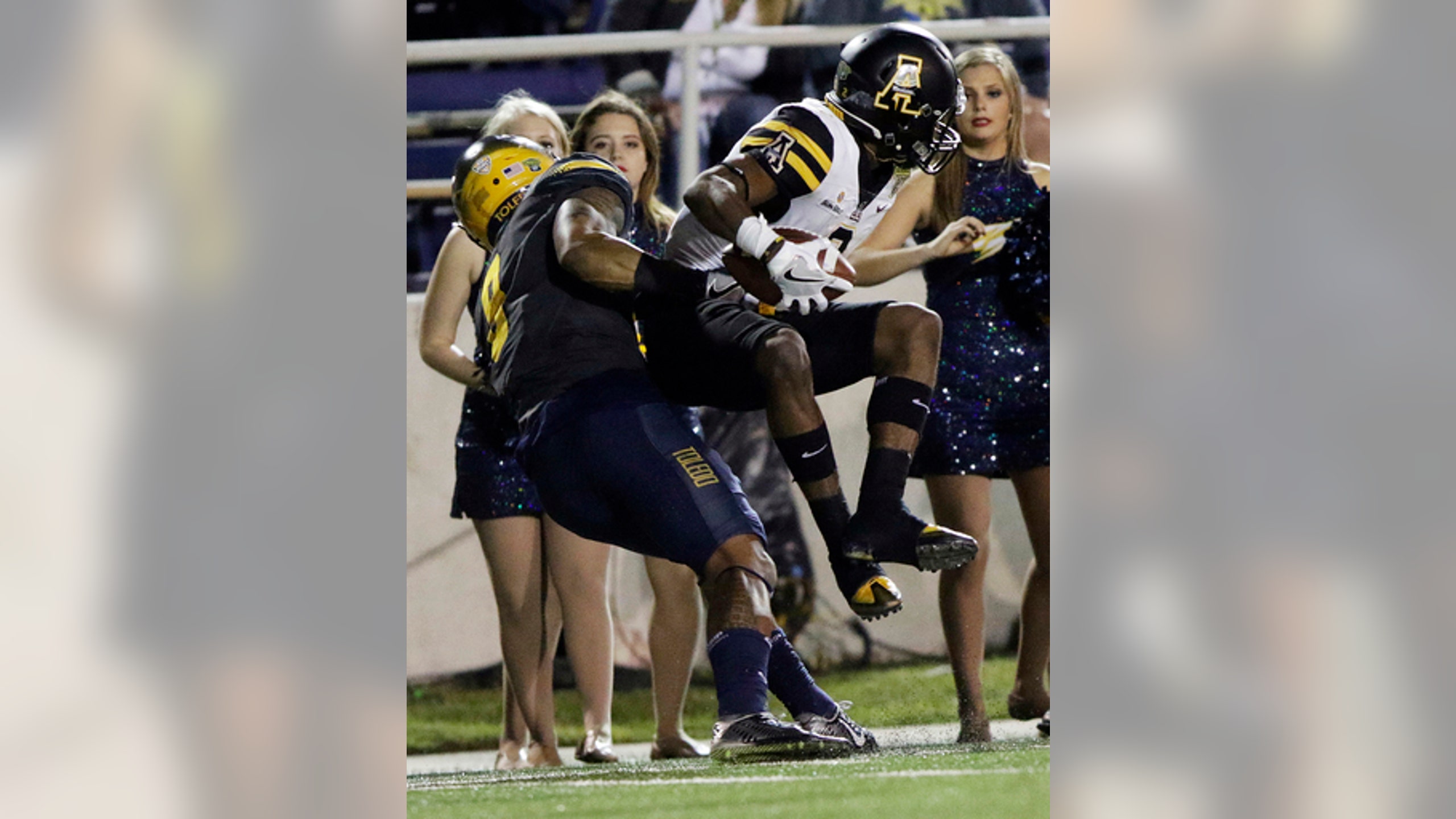 MOBILE, Ala. (AP) Appalachian State's improved defense was a huge reason the program closed the regular season on a three-game winning streak and won a share of the Sun Belt Conference title.

The Mountaineers saved the best for last in a Dollar General Bowl blowout.

Appalachian State's swarming, opportunistic defense was the catalyst for an impressive 34-0 victory over Toledo on Saturday night. The Rockets came into the game averaging nearly 40 points per game, but fell behind early and looked completely overmatched. They managed just 146 total yards while turning the ball over four times.

''When we get a little bit of a lead, that's when we're really dangerous,'' Appalachian State coach Scott Satterfield said. ''Once we get that lead and our defense has their bearing straight, the other team starts forcing the ball down the field and that's when we get turnovers.''

Appalachian State's defense had improved during the season's final few weeks, giving up just 10 points per game in wins over Georgia State, Georgia Southern and Louisiana-Lafayette. The performance against the Rockets was even better. Linebacker Anthony Flory led the Mountaineers with eight tackles and intercepted a pass in the first quarter that helped shift the momentum.

''The defense has just been really solid,'' Satterfield said. ''They've tackled well over the last month and haven't given up the big play.''

The Mountaineers' offense had a good night as well, especially on the ground. Jalin Moore, who was the game's Most Valuable Player, ran for 125 yards and a career-high three touchdowns to lead a running game that finished with 327 yards.

''It meant everything sending these guys out with a `W' like this,'' Moore said. ''I stressed a lot about it. I knew what was at stake. I just tried to play a perfect game for myself and for my boys. It's kind of emotional.''

Appalachian State (9-4) won its third straight bowl game since making the complete transition to the Football Bowl Subdivision in 2015.

It was the second straight year the two programs had met in the postseason. Appalachian State beat Toledo in a hard-fought 31-28 victory in the Camellia Bowl in 2016 just a few hours up the interstate in Montgomery, Alabama.

The rematch in Mobile turned out to be a dud.

Toledo's Logan Woodside threw for 124 yards and three interceptions. He had just five interceptions through the season's first 13 games before Saturday.

''I feel like I let my team down a little bit,'' Woodside said. ''Give App State a lot of credit, they had me force a couple balls downfield that were uncharacteristic of myself. But overall, you can't take away what we did this season.''

Appalachian State: It was an impressive performance for the Mountaineers, especially on defense. Even during the rare moments when Toledo would have some success on offense, Appalachian State always seemed to force a turnover at a crucial juncture.

Toledo: This was one to forget for the Rockets. The offense looked out of sync all night and Appalachian State's running game methodically picked apart Toledo's defense.

Appalachian State: The Mountaineers lose several seniors, including their four-year starting quarterback. But Appalachian State has firmly established itself as one of the elite teams in the Sun Belt since making the transition from FCS to FBS and that's unlikely to change any time soon as long as coach Scott Satterfield is leading the way.

Toledo: The Rockets will have a lot of rebuilding to do, especially on the offensive side of the ball. Toledo will have to find a new quarterback and rebuild its offensive line, which will lose four starters. The good news is 38-year-old coach Jason Candle is coming back after leading the program to an 11-win season.