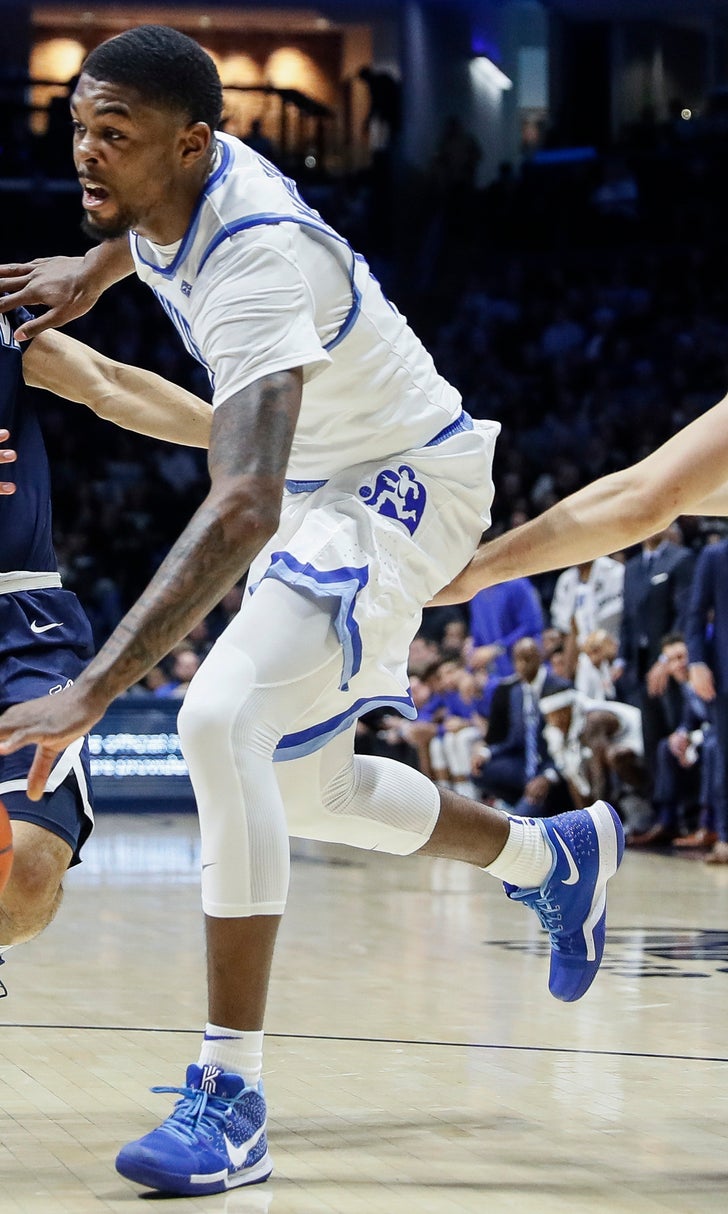 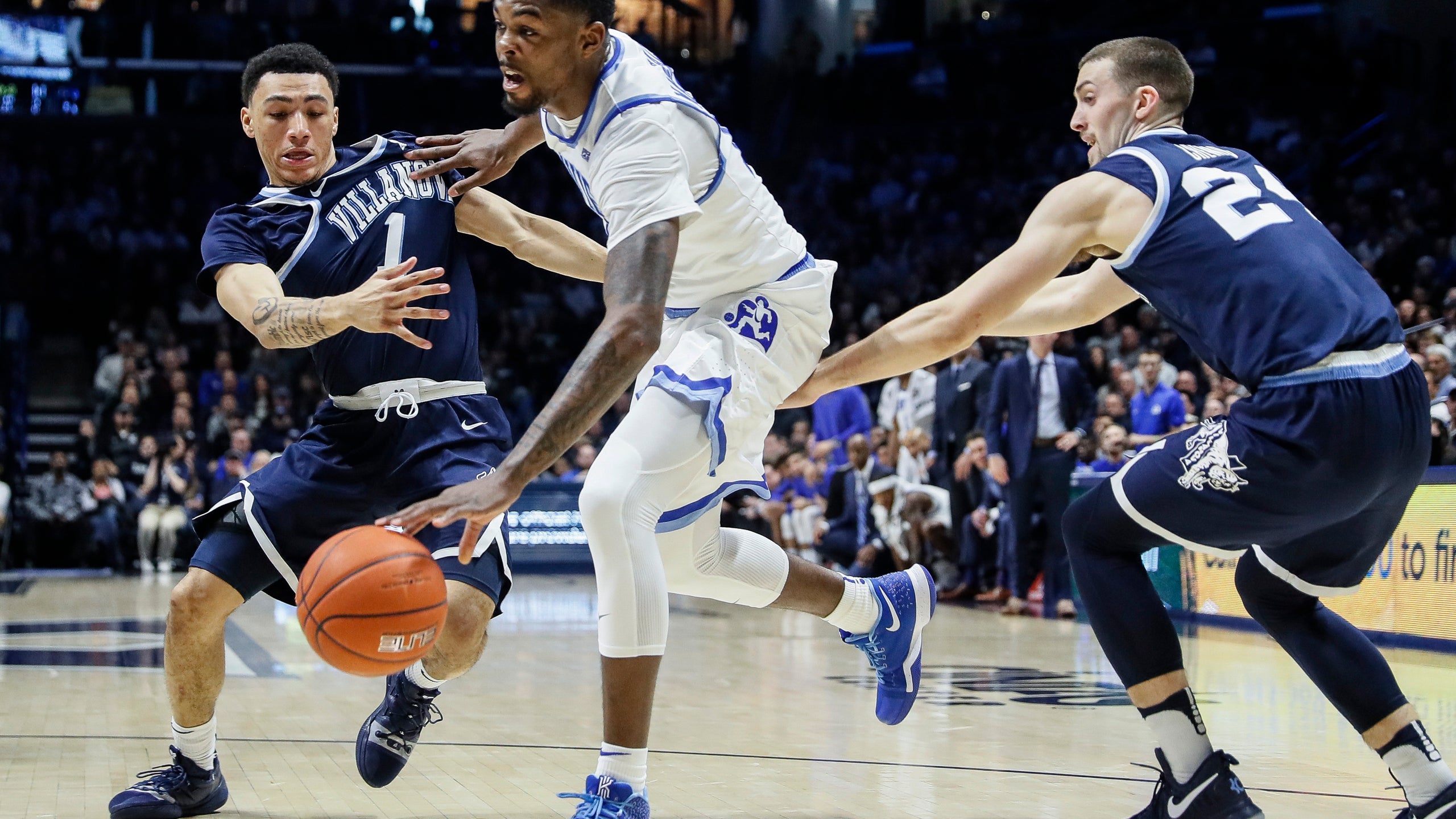 CINCINNATI (AP) — Xavier players ran to the student section to slap hands after their biggest win of the season. A couple of weeks ago, nobody could have anticipated them knocking off No. 17 Villanova by double digits.

Those low expectations made it all the sweeter.

Naji Marshall scored 17 points and Xavier used a big surge in the second half to rally past Villanova 66-54 Sunday , leaving the Wildcats with three straight losses in Big East play for the first time since the conference was reconfigured.

It was only Xavier's second win against the Wildcats in the Big East.

"I've never beaten 'Nova in my career," junior point guard Quentin Goodin said. "Having all the doubters against us, I feel we proved a point today."

That loss started a six-game Xavier losing streak that dropped the defending regular season champions to last in the Big East. Now they're on their way back up.

"We're a heck of a lot better than we were then — a lot," coach Travis Steele said. "Dramatically."

It showed in the big moments.

Marshall had seven points during a 17-0 run that gave Xavier its first lead midway through the second half. Marshall has been the catalyst during Xavier's winning streak, averaging 20.5 points.

"We all need to be on one bus, all together on this," Marshall said. "It's not about individual play."

Villanova struggled to hit shots during back-to-back road losses at St. John's and Georgetown, and the poor shooting carried over. The Wildcats missed 11 consecutive shots during Xavier's decisive run and were only 4 of 18 from beyond the arc in the second half, when they went more than 9 minutes without scoring.

"It seemed like a long time," coach Jay Wright said. "I think we're just not executing the way we want to, not getting any easy baskets off our defense, so it makes every shot monumental."

Phil Booth had 12 points in the first half, when the Wildcats led by as many as nine points. Their 30-27 halftime lead ended a streak of three straight halves allowing at least 40 points. Booth made only one of his eight shots in the second half and finished with 14 points.

Marshall hit a floater and a 3-pointer as Xavier got its first lead, 49-44, midway through the second half and started its decisive run.

The Wildcats will plummet after their 85-73 loss at Georgetown on Wednesday — the most points they'd allowed this season — and the 12-point loss at Xavier. They've been ranked for six straight weeks.

Villanova: The loss to Xavier is telling. The Wildcats have won 11 of 13 since both have been in the Big East — the conference was reconfigured for the 2013-14 season. Their only other loss to Xavier during that span was 90-83 at the Cintas Center on Feb. 24, 2016, when Villanova was ranked No. 1.

Xavier: The winning streak has pulled the Musketeers out of the Big East basement and moved the defending regular season champions up to a tie for fourth place.

Both teams wore throwback jerseys reminiscent of their 1980s uniforms.

NO POINTS FOR 'NOVA

Villanova's 54 points were its fewest since a 73-46 loss to Michigan the third game of the season. In the last 2½ games, the Wildcats have shot 34 percent from the field and 24.7 percent from beyond the arc.

Eric Paschall led the Wildcats with 17 points. In his two previous games, he was only 6 of 22 from the field.

Villanova shot only four free throws and made them all. Xavier was 10 of 18 from the line.