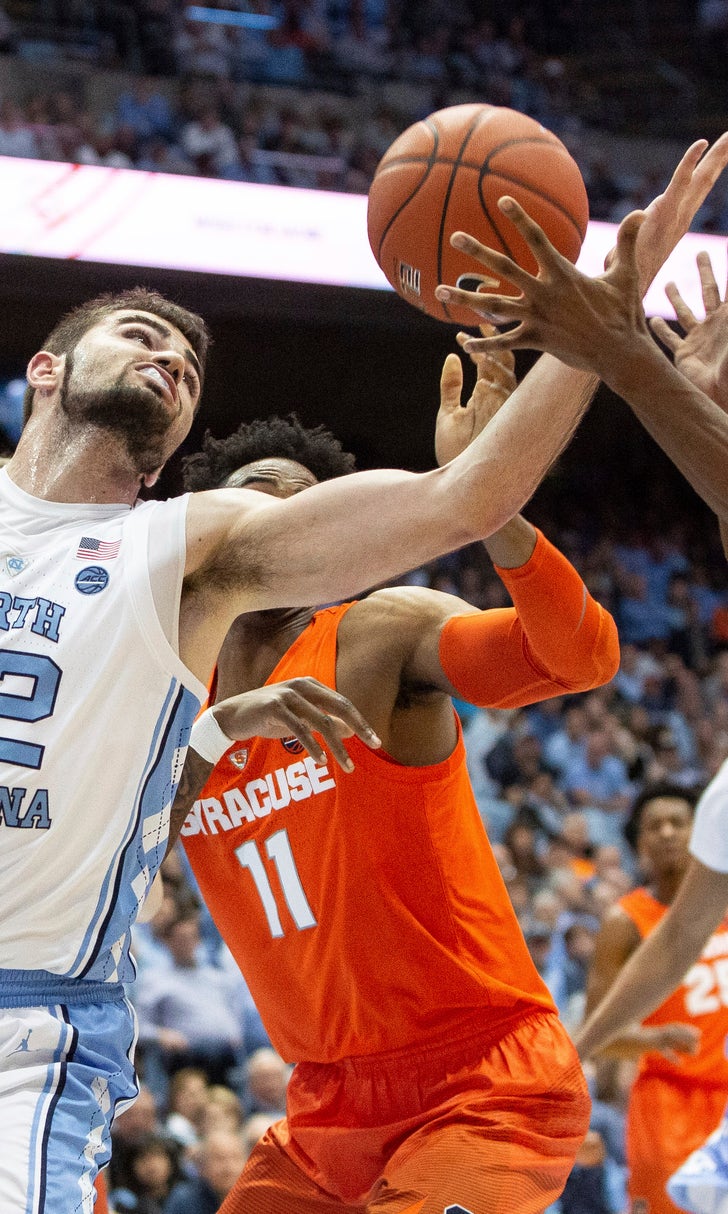 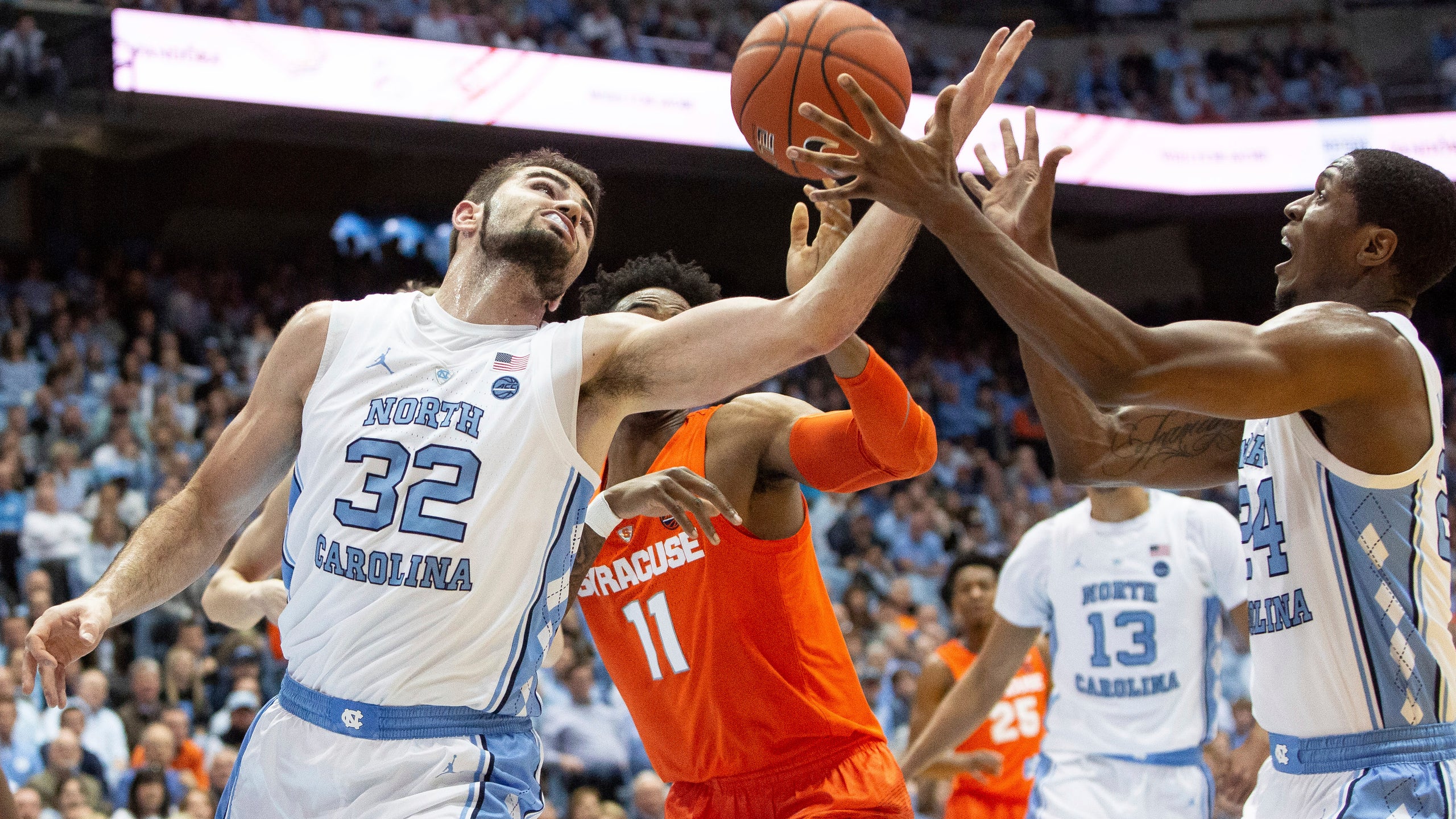 The freshman point guard shook off four games of shooting struggles to score a season-high 34 points, helping the fifth-ranked Tar Heels pull away late to beat Syracuse 93-85 on Tuesday night and maintain their perch atop the Atlantic Coast Conference standings.

White, who entered as UNC's No. 2 scorer at 15.2 points per game, had made 17 of 56 shots in the past four games since going for 33 points against Miami. That included a rough performance in last week's win at then-No. 1 Duke (3 for 14, six turnovers).

Those struggles were gone Tuesday.

"I've said it before: He's the best scoring point guard that I've coached," UNC coach Roy Williams said, adding: "I knew he was bound to make some because he hadn't made any the last three or four weeks."

White — who set a North Carolina high school career scoring record — had 15 first-half points and finished with six 3-pointers to go with a 10-for-10 effort in free throws that led North Carolina's all-night parade of shooters to the line.

Asked what got him going in this one, White had a simple answer.

"Nothing really, I think I just came out and hit shots," he said. "Got a couple of open ones. I just knocked them down."

"North Carolina's playing as well as anybody in the country," Syracuse coach Jim Boeheim said. "I think they've got a really great mixture of veteran guys and young guys that can help them."

White's night aside, it wasn't a great offensive showing for the Tar Heels. They shot just 40 percent but made 34 of 37 free throws (92 percent) while dominating the glass and finishing with 18 offensive rebounds.

Syracuse: The Orange haven't had an easy schedule of late, with the trip to UNC marking their third straight game against a ranked opponent and a second in a row versus a team in the top five. Syracuse had also alternated wins and losses since the start of February. The Orange jumped to a nine-point first-half lead and led 46-43 at the break behind hot shooting from Elijah Hughes (all 15 of his points came in the first half) before UNC took over with a 15-3 run to start the second half.

"I thought we did the things offensively that we've done on occasion, but I think we were really much better tonight than we've been," Boeheim said. "I think it's something we can build on. But we knew coming into this stretch of games that it was going to be difficult."

UNC: The Tar Heels entered the night in a three-way tie atop the league with No. 2 Virginia and No. 3 Duke (which lost at No. 20 Virginia Tech), and stayed hot even on an unconventional offensive night. As for White, the point guard is the first UNC freshman ever to have three 30-point games in a season.

While North Carolina spent the entire game shooting free throws, Syracuse didn't have the same success — either in getting to the line or making the ones the Orange did get.

Syracuse made 13 of 23 free throws (57 percent) for the game, with Battle making 11 of 14. The rest of the team converted two free throws, and Oshae Brissett went 0 for 5 from the line.

Asked about the disparity in attempts, Boeheim said: "I thought there were some bad calls but that's just the way it goes sometimes."

Syracuse: The Orange have another game in the state, this one at Wake Forest on Saturday.

UNC: The Tar Heels travel to Clemson on Saturday.