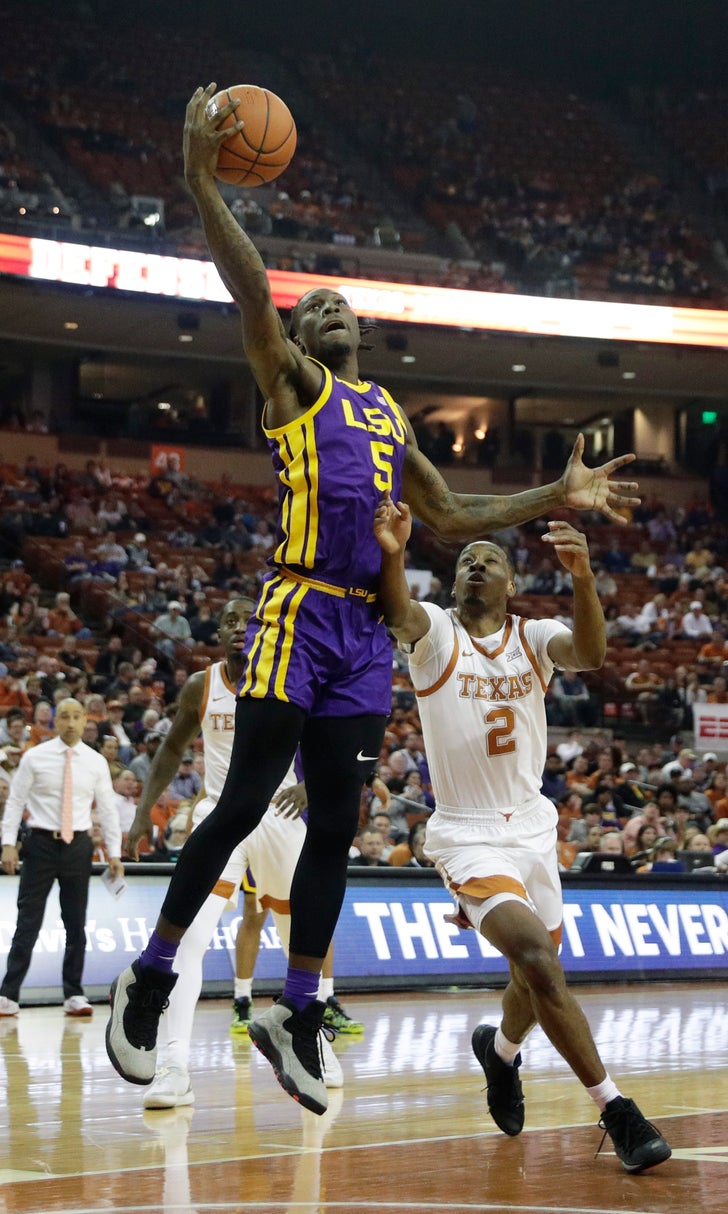 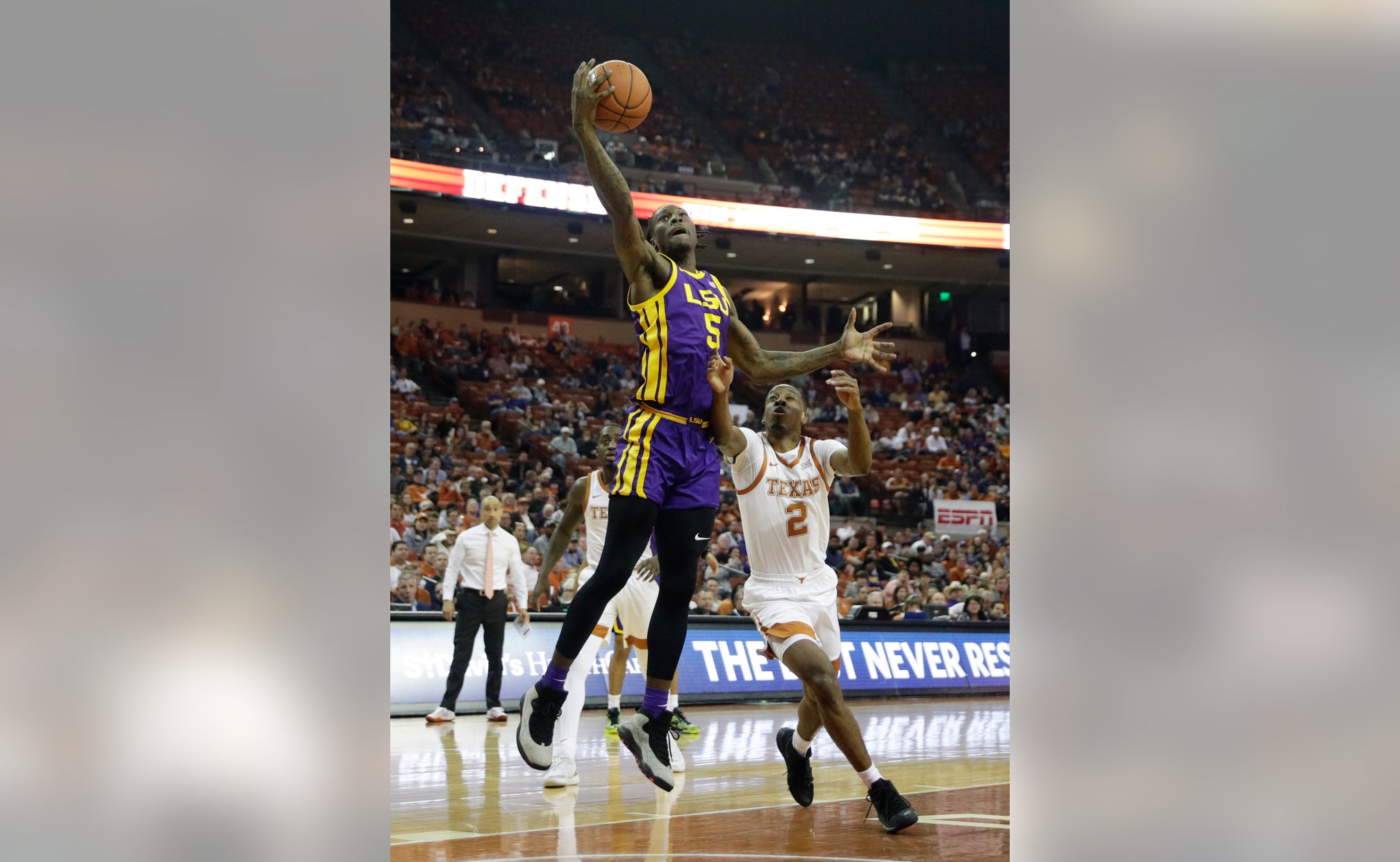 AUSTIN, Texas (AP) — With about 11 minutes to play, LSU freshman Trendon Watford looked shaky when he badly missed two free throws in the middle of a big Texas rally.

When he got there again with just 16 seconds left and the game on the line, Watford looked just fine.

Watford's two free throws capped a 22-point game by him and effectively closed out LSU's 69-67 victory on Saturday in the Big 12/SEC Challenge, the eighth win in a row for the Tigers.

LSU (15-4) had led by 16 early in the second half, only to buckle under a furious Texas pressure defense that forced turnovers and smothered LSU shooters and drives to the baskets.

Texas had lost by 38 at West Virginia on Monday night and was on the verge of another blowout before storming back. Jericho Sims got the crowd to its feet with a basket that put Texas ahead 60-58 with just over four minutes left.

LSU, which has survived so many close games this season, then found a way to grind out the win.

A tough basket by Darius Days made it 60-60 before Watford put the Tigers ahead. Skylar Mays stretched the lead to four with two free throws with 49 seconds left.

Then it was Watford's turn at the line. Texas had cut the LSU to 64-62 and after seeing his awkward attempts earlier, the Longhorns thought they had put the shooter they needed to miss on the line.

Standing up in that knee-buckling moment was the result of tough shooting drills coach Will Wade runs in practice, Watford said.

"That's what gets you ready for times like this," Watford said.

Andrew Jones, who returned full time this season after missing most of the last two after being diagnosed with leukemia, scored 20 points to lead the Longhorns. He had 12 in the second-half burst that snatched the lead, but also had a key turnover that allowed LSU to put the game away.

“We were the aggressors for that stretch before they changed defenses,” Jones said. “We just didn’t put it all together at the end."

Sims scored 14 for Texas on 7-of-9 shooting but didn't score again after giving the Longhorns the lead, and didn't even get a shot in the final four minutes.

Texas (12-7) has lost three in a row and three of its last four home games.

“We have to find a way to spur that aggressiveness from beginning to end," Texas coach Shaka Smart said. “They played with their hair on fire later in the game, but they didn’t start that way.”

LSU: The Tigers took control of the SEC West by winning tight games late and they did it again. Of their eight straight victories, six have come by four points or less.

Texas: The Longhorns were missing injured forward Kamaka Hepa, who had started the previous seven games. He was averaging 5.3 points and most importantly gave Texas length on defense. Kai Jones got his first career start and delivered four points and three rebounds. Smart said after the game an ankle injury in practice will likely keep Hepa off the court for two more weeks.

LSU came in shooting under 32 percent on 3-pointers, then made 5 of 9 in the first half. The Tigers followed that with an 0-of-7 effort in the second half.

“We shot the ball as well as we’re going to shoot it in the first half,” Wade said. "We got stagnant on offense ... We made enough plays at the end. They forced us to the perimeter and take a bunch of jumpers, which is not our forte.

Freshman guard Donovan Williams sparked the Longhorns rally with two steals. The first saw him stretch high to snag an LSU pass, then streak down the court for a slam dunk as he flexed in front of a courtside camera. It looked like showboating as Texas was still down by 14, but he soon grabbed another steal that led to a basket and the rally was on.

Texas plays at TCU on Wednesday.

Watts, Spartans Rocket Past Blue Devils
In the opening game of the Champions Classic, Michigan State earned its first-ever win at Cameron Indoor Stadium.
55 mins ago