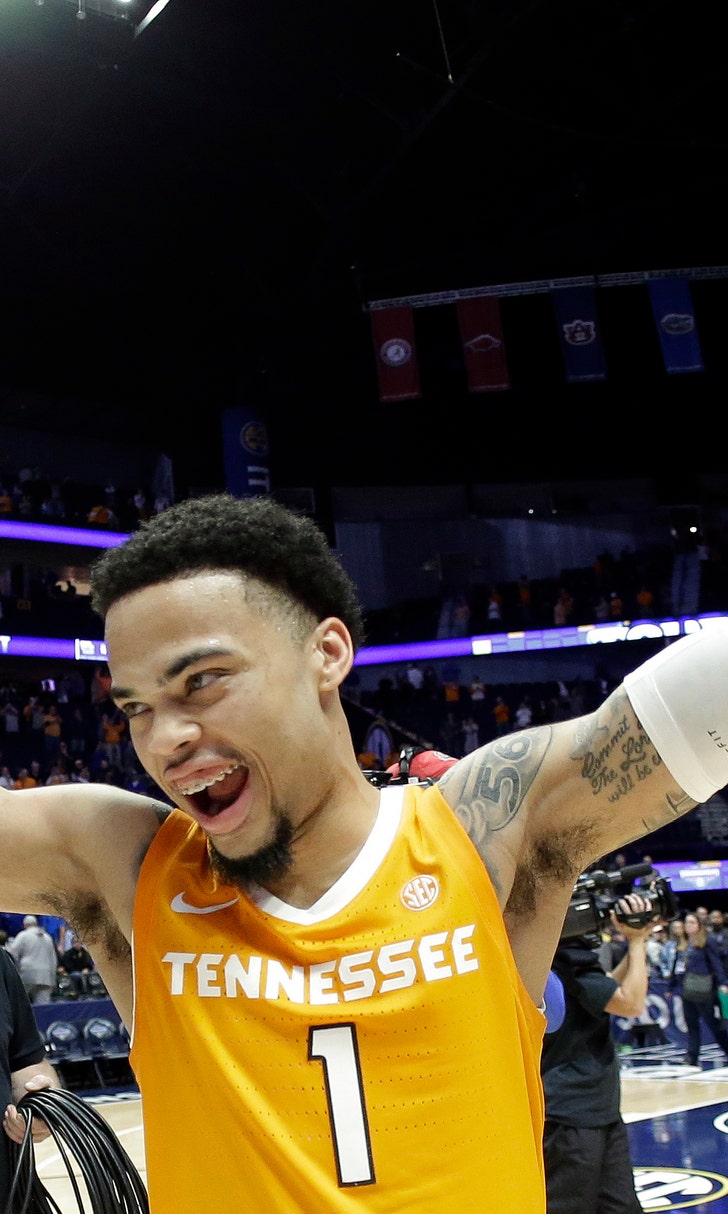 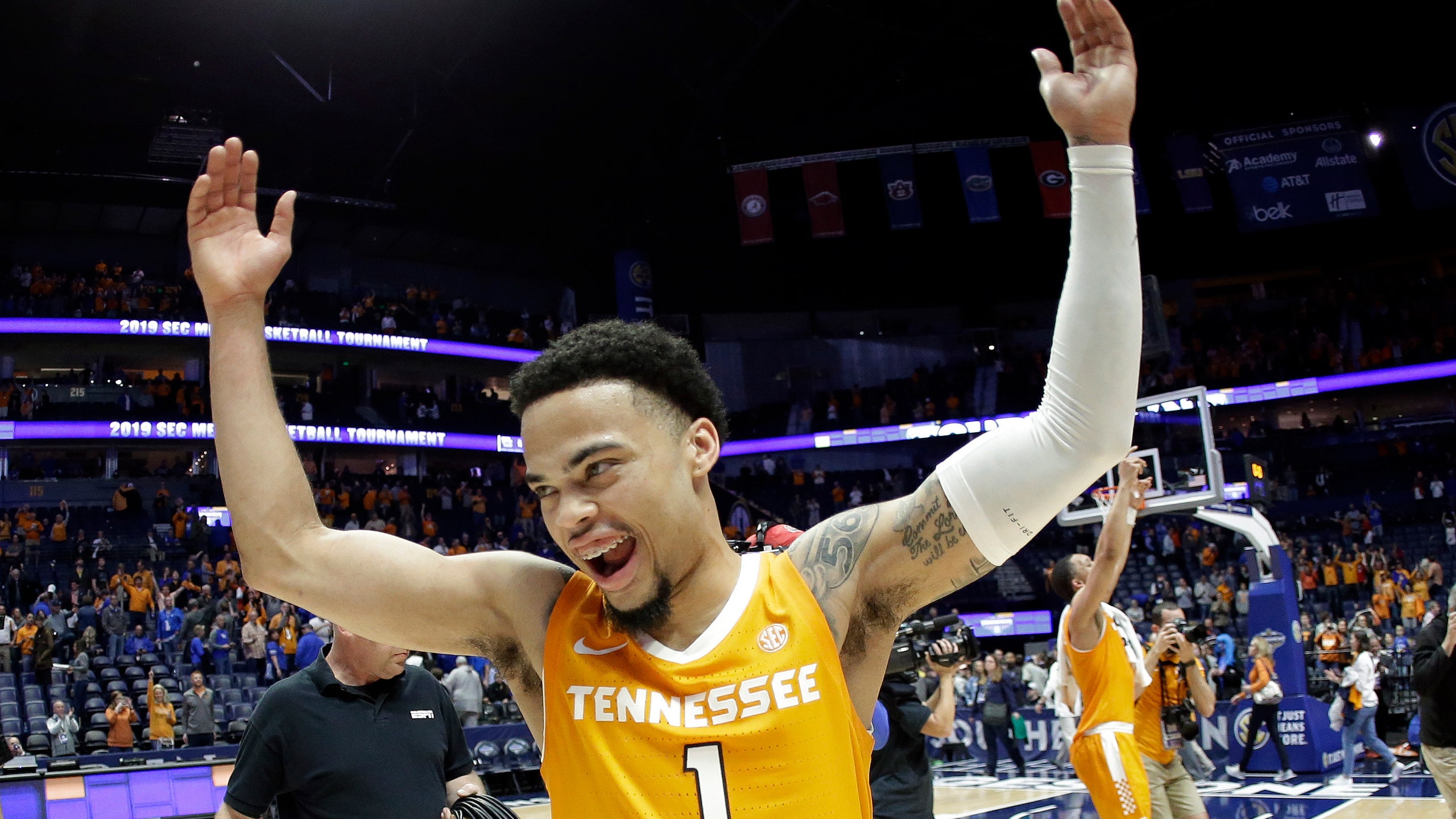 KNOXVILLE, Tenn. (AP) — Tennessee's Lamonte' Turner embraces having the ball in his hands when his team must get a basket with time running down.

Now the fifth-year senior finally gets his opportunity at being the Volunteers' go-to scorer.

"This is something you work for all your life," the 6-foot-2 guard said Friday during Tennessee's preseason media day event. "You work to be in a role like I am. But I don't just see myself as a go-to scorer. I've gotten better in a lot of things. I think I can pass the ball really well know. I'm more vocal, more of a floor general."

Turner has delivered some of the most memorable shots in this program's recent history. He sank last-minute 3-point baskets to beat Kentucky each of the last two seasons.

"He's as competitive as any player that we've coached since we've been here," Tennessee coach Rick Barnes said.

The Vols want Turner to continue delivering those big shots while also developing into a team leader.

Tennessee must replace first-round draft pick and All-America forward Grant Williams as well as second-round selections Admiral Schofield and Jordan Bone from a team that reached the Sweet 16 and owned the No. 1 ranking for nearly a month last season. Those three players plus departed forward Kyle Alexander combined for 387 career starts and over 4,700 points.

The Vols have let Turner know how vital he is their success. Assistant coach Kim English has studied film with him and preached the importance of maintaining positive body language amid adversity. Strength coach Garrett Medenwald has recommended leadership-themed podcasts to him.

"We're just helping him be that Patrick Beverley, that Jrue Holiday, that type of mean, aggressive tough guard, and at the same time being a great teammate, being a fifth-year senior, being a guy that the guys look up to," English said.

Turner's 3-point shooting percentage dipped from .395 in 2017-18 to .320 last season as he dealt with an injured left shoulder that caused him to miss nine games and required arthroscopic surgery after the season. Turner says he's feeling better now, but the shoulder issue indirectly helped him adapt to his new leadership role.

While Turner was recovering, he had more time to watch his new teammates and offer advice.

"When he was hurt over the offseason with the shoulder injury, Coach Barnes would get on me a lot because I have a little bit of a learning curve," James said. "(Turner) would always take me to the side if I was off and just tell me that Coach Barnes isn't really yelling at you, he just wants to get the best out of you and is testing you so that by the time the game comes, you'll be able to execute when you need to. That went a long way."

Turner's a major-conference rarity as a fifth-year senior in a game increasingly focused on underclassmen. His experience could help him guide Tennessee to a third straight NCAA Tournament berth even after all those draft losses.

"It's just experience," Turner said. "You come into the game, you come into practice knowing what to expect. I've not been surprised at all by a sprint or coach yelling or anything like that. I won't be surprised going into Kansas this year. I won't be surprised by anything. That helps me just play the game and it helps me just come in and be able to help my teammates and be able to worry more about them than myself."